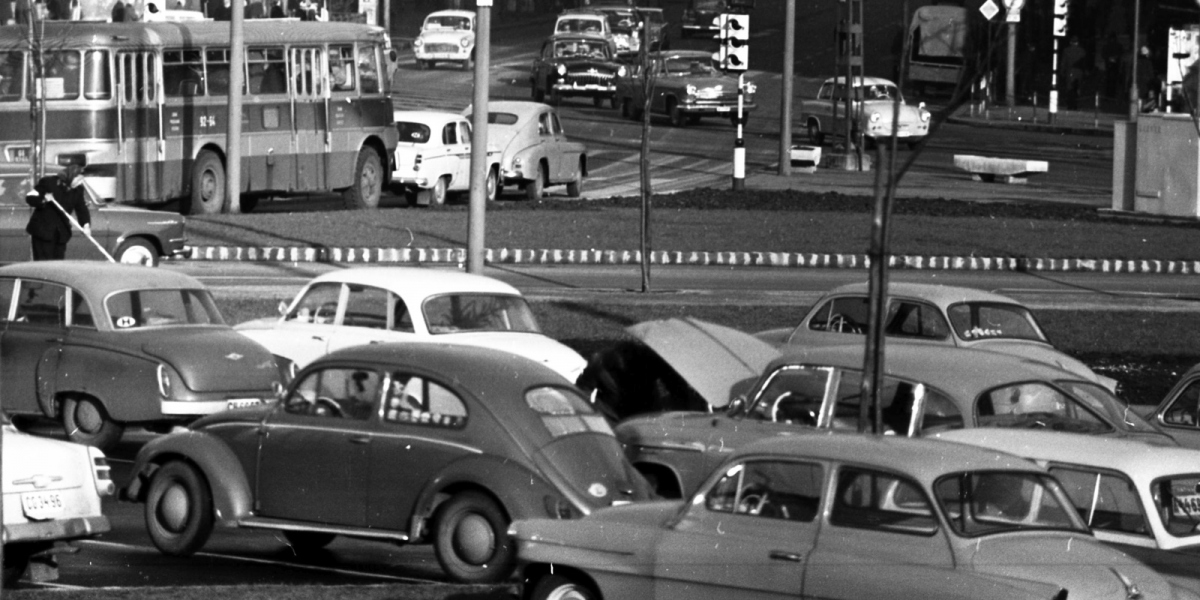 The air in Budapest was already so bad in the mid-1970s that the problem forced the authorities to take action. The Budapest Socialist Council therefore designated nine areas in the autumn of 1976 where improving air quality was a priority.

In Budapest in the 1970s, household heating, factories and transport all polluted the air, much more than they do today. Most of the flats were heated with coal, wood or oil, factories often discharged combustion products from their chimneys almost unfiltered in the inner parts of the city, and the Hungarian car fleet of the 1970s, which also used leaded petrol, was not at all environmentally friendly. 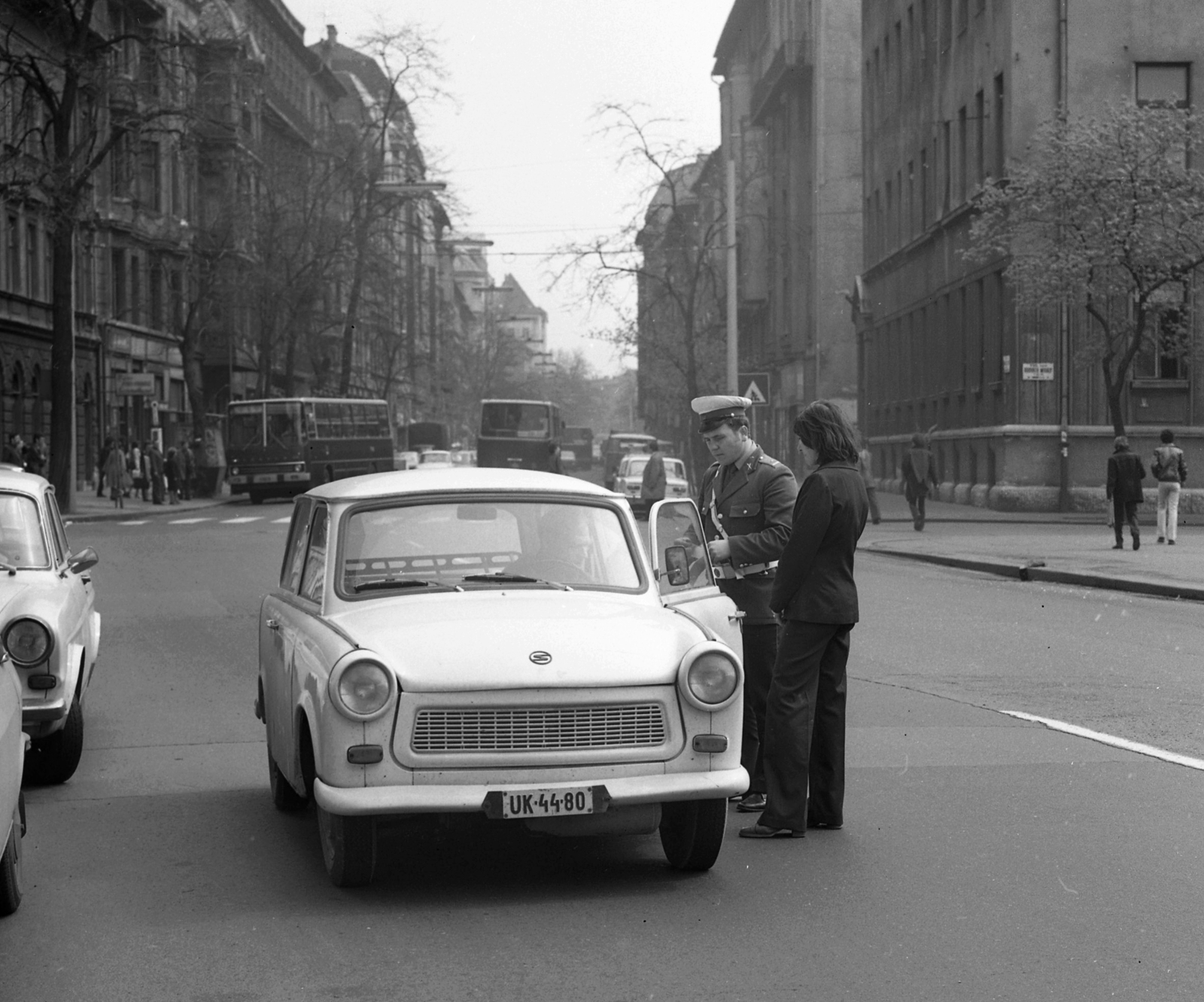 Many of us remember the smell of a Trabant, which was perhaps the most common car in Budapest in the 1970s and 1980s (Photo: Fortepan / Magyar Rendőr)

At its meeting on 15 September 1976, the Budapest Socialist Council decided to designate nine 'protected areas subject to special measures', for which specific rules were adopted. The 16 September 1976 issue of Népszabadság wrote about these:

"The nine new areas include nature and monument conservation, spa and resort areas, as well as the clinical district and densely populated neighborhoods."

The Buda area, the entire inner city - the entire area of the 5th, 6th, 7th and 8th Districts became protected - and the areas of the other districts along the Danube were included in the measures. In these areas, the aim was to keep air quality below the 1976 standards, that is, at least to ensure that the air in these parts of the city was not worse than the maximum allowed. Experts did not expect quick results, the action plan emphasized that air quality could only be improved in the long term, so they wanted to reduce air pollution from heating in the Buda mountain area by the end of October 1985, while in other priority areas eliminate air pollution activities generally by 1999. 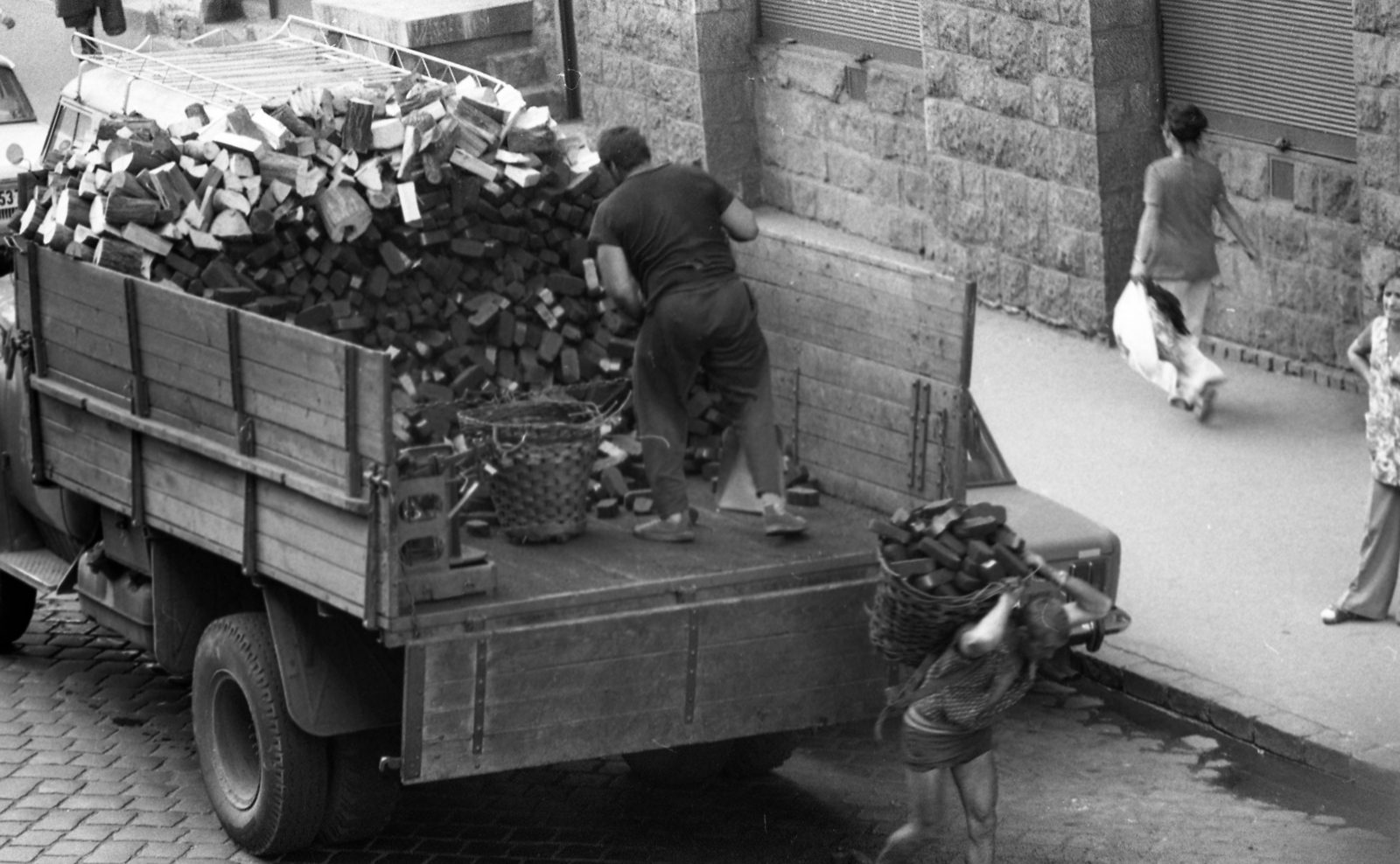 Air pollution from heating was to be eliminated in such a way that new and renovated facilities could only be equipped with heating that did not use fuels with a sulfur content of more than 1%. This was not yet prescribed for detached houses at this time, so buildings could be designed with a wood- or coal-fired stove. The article already cited highlights:

“The establishment of new industrial plants and parts of plants, the introduction of new production and technological processes, the expansion of production, the renovation and reconstruction of old plants may be permitted only if their technological pollution does not exceed the air quality standards prescribed for the special protection area. Urban air quality standards must also be taken into account to a large extent in urban reconstructions, modernization and development of the transport network. ”

In family and condominium areas, state-owned individual-heated residential buildings were intended to promote more environmentally friendly natural gas by allowing tenants to deduct the cost of equipment replacement from rent. (Pipes and chimneys had to be remodelled by property managers.) A discounted OTP loan was envisaged for private homes. 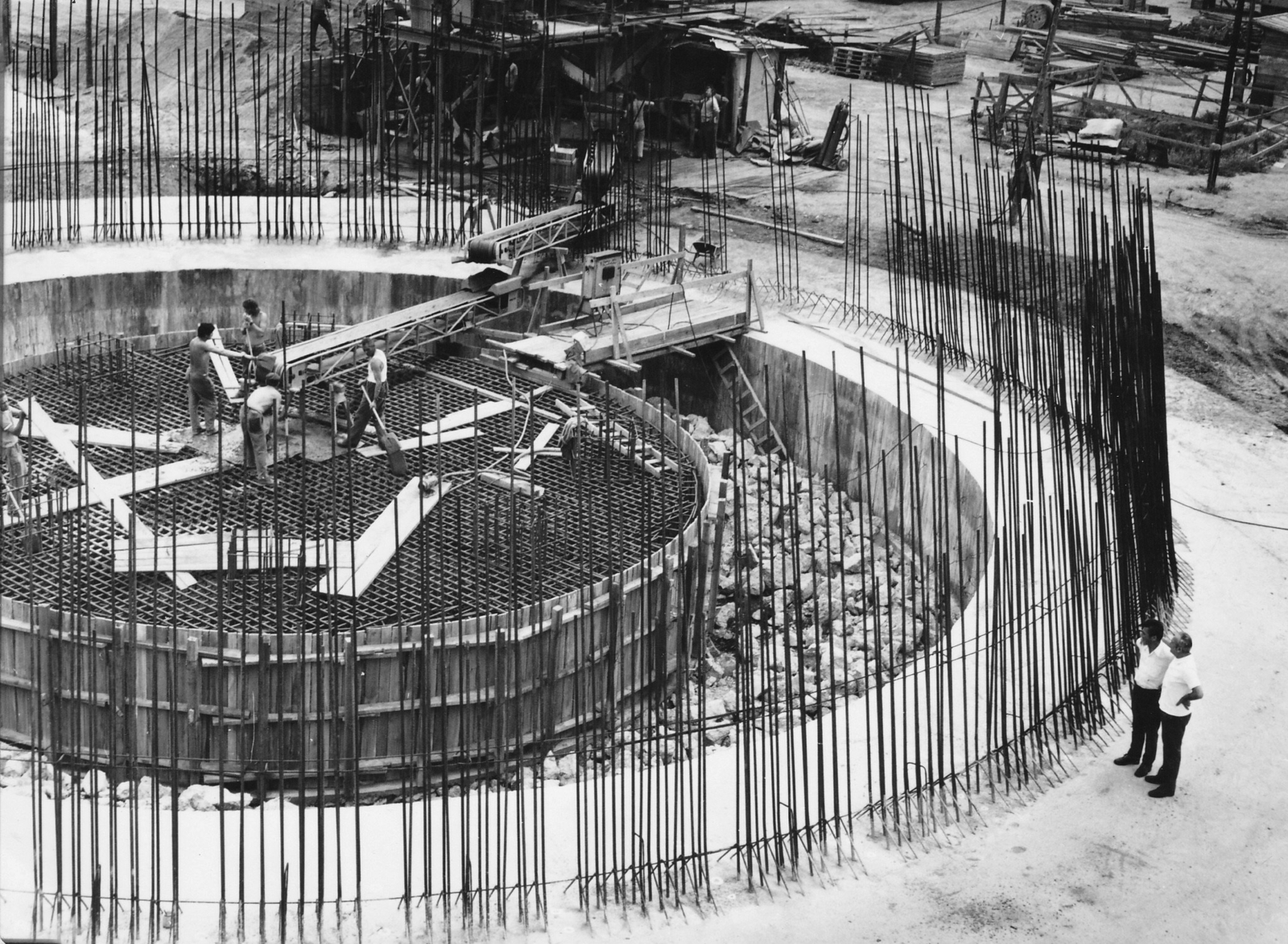 There were a total of 245 thousand dwellings in the protected areas at the time of the provision, so the heating of many houses had (should have) been modernized in the next decade and a half. These measures have therefore focused primarily on heating homes, while it has been recognized back then as well that transport is at least as responsible for air pollution. The following was written in the 26 September 1976 issue of Magyar Nemzet:

“In fact, urban air pollution is growing the most because of motor vehicles. The situation in Budapest is the most critical in Hungary. Again, we take Rákóczi Road as an example, as here the buses meet each other in rush hour traffic, blowing out the gas in the direction of the sidewalk, in the outermost lane reserved for them. Many people may wonder: how different would it be if there were trolleys instead of buses! ” 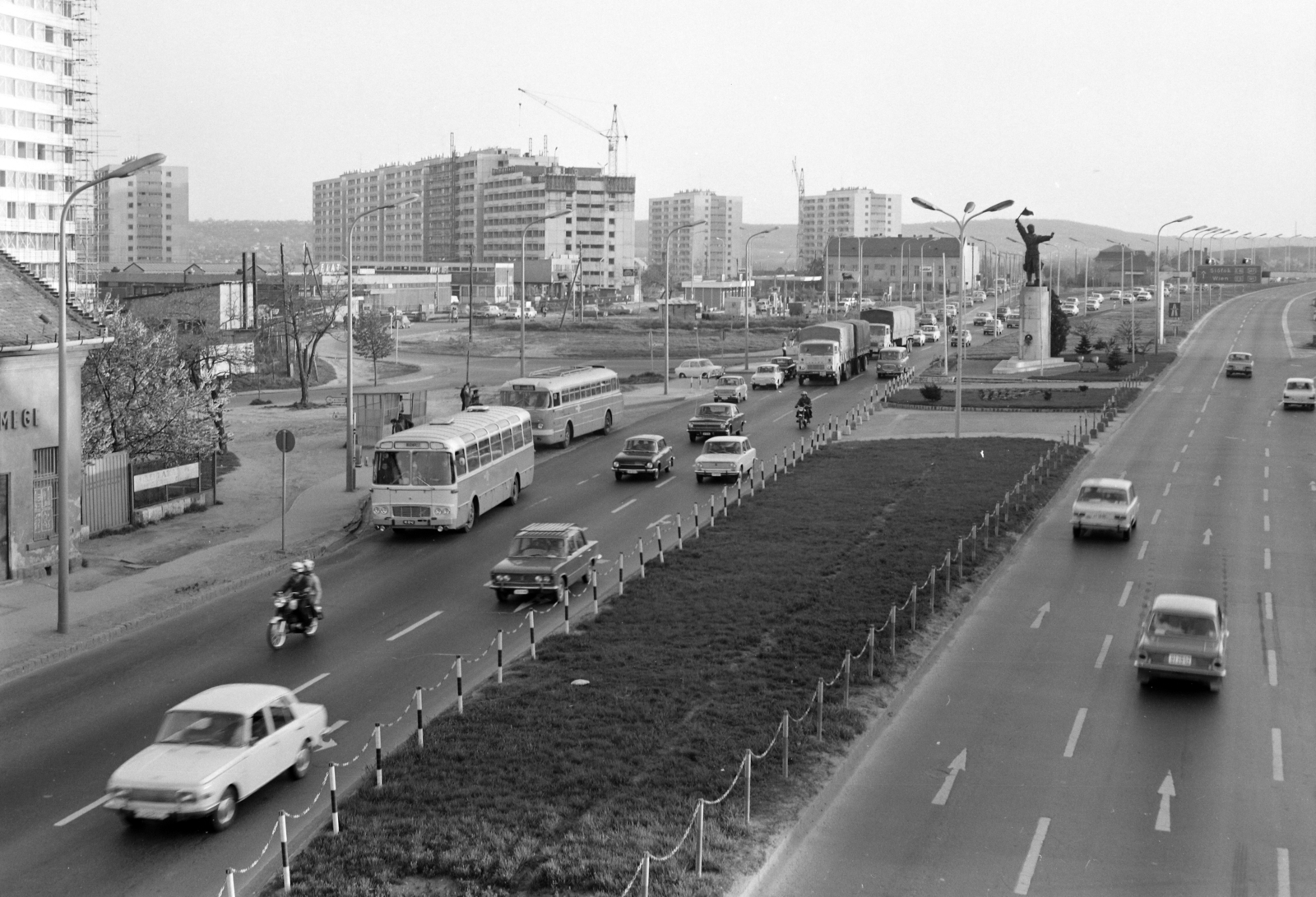 The microdistricts were already built with district heating, by the 1980s traffic was a more serious polluter (Photo: Fortepan / Uvaterv)

Nine years later, in 1985 (which was also one of the first deadlines), Katalin Kollár, the head of the chemistry laboratory of the Settlement and Environmental Health Department of the capital's KÖJÁL (the predecessor of ÁNTSZ), stated in the October issue of the Budapest journal that:

"Following the publication of Decree No. 1/1973 of the Council of Ministers on the protection of clean air, the Budapest Socialist Council designated a "protected area subject to a special measure" within the protected area and introduced stricter regulations. It is thanks to these measures, as well as the very consistent work of the authorities, that there has been a positive change in air quality in this five-year plan. The improvement is linked to the elimination of coal-fired power plants and the elimination of several significant sources of air pollution. "

In the following years, decisive changes in terms of air quality in Budapest began, polluting plants were displaced, and after the change of regime, especially with the adoption of European quality standards, air quality improved a lot.

Cover photo: Cars on the Andrássy - then known as the Népköztársaság - Avenue in 1965 (Photo: Fortepan / Magyar Rendőr)