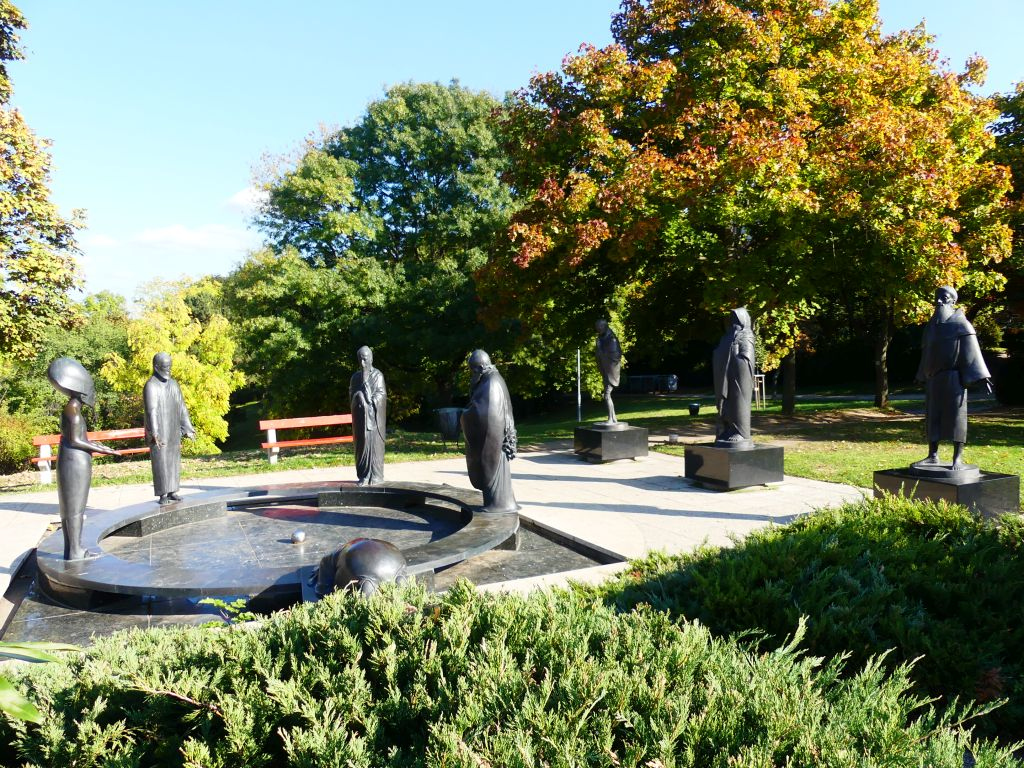 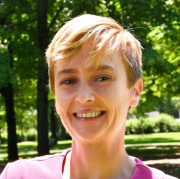 When talking about the statues of Gellért Hill, everyone immediately thinks of the Liberty Statue next to the Citadel or the statue of Bishop Gellért in the line of the Erzsébet Bridge. Yet the sculptural composition of Nándor Wagner, the Garden of Philosophy, has been standing on the top of the József Gruber reservoir, at Orom Street, for twenty years now.

The composition entitled Garden of Philosophy was inaugurated on 18 October 2001 on Gellért Hill (Photo: pestbuda.hu)

Just like the group of sculptures, the creator is not very well known. One of the reasons for this is that Nándor Wagner did not seek the limelight, he loved to remain anonymous, he did not even record many of his works. The other reason is that the artist was forced to emigrate after the defeat of the 1956 Revolution and War of Independence - he travelled to Sweden - so he was forgotten in his homeland for decades. For example, the sculpture Corpus Hungaricum depicting the moral resurrection of the Hungarians was dusted in a museum warehouse for almost 45 years and was only inaugurated in 1999 in Székesfehérvár.

After years in Sweden, he and his wife, Japanese fine artist Chiyo Akiyama, moved to Japan in 1969 where he had been and continues to be a renowned artist.

The presentation of the spiritual trends of the world was already formulated in Nándor Wagner during the years in Sweden, but he really only dealt with the creation of the Garden of Philosophy from 1977 onwards. Then, pushing all his other work into the background, he focused only on this composition. Among his notes remained the basic idea of creating the Garden of Philosophy:

„1. This group of sculptures makes the invisible one, the source and origin of all cultures perceptible.
2. The vast majority of humanity holds one of them as its own or knows it from the fusion of their culture.
3. The five statues, located on the perimeter of a circle, focus on the same point with the essence of their (specific) teaching.
4. Due to the weight of its content, it does not need to be explained.
5. The meaning of the centre is in itself.
6. With its unique content and spatial position, with the help of sculptural tools, it has a special message to say.

The characteristic of the five people is universal human teaching. In fact, the five make up the immaterial, invisible one. The one has as many names as there are cultures. This one is one of the common sources of cultures.”

The reclining figure is Abraham, to his left is Ekhnaton, to his left are Jesus Christ, Buddha and Lao-Ce (Photo: pestbuda.hu)

The five figures stand on a perimeter of a circle in a sunken pool, with a silver ball in the centre symbolising the divine essence. The five figures from whom world religions can be derived: the laid down Abraham, to his left Ekhnaton, whose name­ is associated with the most significant political­ and religious reform­ of ancient Egypt, the introduction of respect­ for the Sun Disc as a monotheistic state religion­. To his left are Jesus Christ, Buddha and Lao-Ce.

The first figure in the sculpture group, Lao-ce, was completed in 1977, followed by the other figures. The composition was presented by the artist in Japan in 1985, and then the group of sculptures expanded with three more figures, outside the circle, in a line, Saint Francis of Assisi, Dharma and Gandhi. This version was finally set up by Nándor Wagner on the terrace of the garden surrounding his studio, and he donated this one to Budapest. However, he was no longer able to set it up in the Hungarian capital because he died in 1997, at the age of 75.

The Garden of Philosophy sculpture group, which proclaimed the importance of understanding each other, was inaugurated on 18 October 2001, and the terrorist attack of 11 September 2001, and the 45th anniversary of the 1956 Revolution gave special significance to the ceremony. Of particular importance is the location, which took a long time to select. Architect István Makk, the designer of the placement of the statue, wrote about the site in the 4th issue of the magazine Országépítő in 2001:

“There are healing springs under the hill and here, just below us, is the Reservoir that supplies the city with water - life. Its two colonnades are held by 108-108 columns, which is a sacred number by chance in Buddhism. Thus, above the water that sustains physical existence, the Garden of Philosophy, which warns of our spiritual existence, is placed. But water is also a symbol of purification, and the group of sculptures is a symbol of spiritual purification.”

Abraham always hid his face when God spoke to him (Photo: pestbuda.hu)

As can be read in the artist’s basic concept, the composition “does not need to be explained due to its weight of content”. The life-size black bronze statues typically have no known attributes next to them, only a tiny lotus flower in the hands of Buddha and a stick in the hands of the Dharma. Instead of accessories, the figures are characterised by their attire, personality traits, body and hand posture and are made recognisable and elevated at the same time.

The figure of Jesus Christ in the Garden of Philosophy (Photo: pestbuda.hu)

Buddha has a lotus flower in his hand, the other figures do not have a characteristic attribute (Photo: pestbuda.hu)

The three separate figures: on the left side of the picture Gandhi, the Great Soul, in the middle Prince Dharma, on the right side Saint Francis of Assisi - who have attained spiritual enlightenment (Photo: pestbuda.hu)

It is part of the history of the composition that the statues of Mahatma Gandhi, Bodhi Dharma and Saint Francis of Assisi were stolen by unknown perpetrators in April 2007, probably the perpetrators were non-ferrous metal thieves. The three missing statues were re-cast in Japan and re-erected in June 2010 on Gellért Hill.