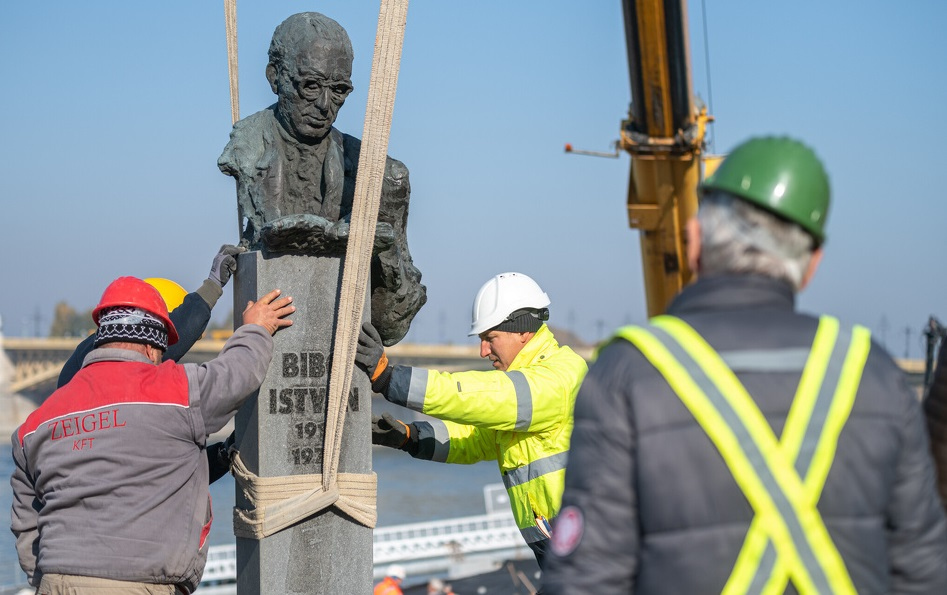 The statue of István Bibó, which was moved from its place due to the renovation of the lower embankment of Pest, which started in June 2021, was restored to its original location, to the upper end of the ramp from the older József embankment to the Széchenyi quay, BKK said.

As they write, the spectacular phase of the reconstruction of the older József Antall embankment was the removal of the ramp on Markó Street, at the end of which stands the statue and the retaining wall for its support. Significant work was required to ensure adequate width for the new pedestrian walkway as well as the road while keeping the heritage-protected stepped shoreline intact. 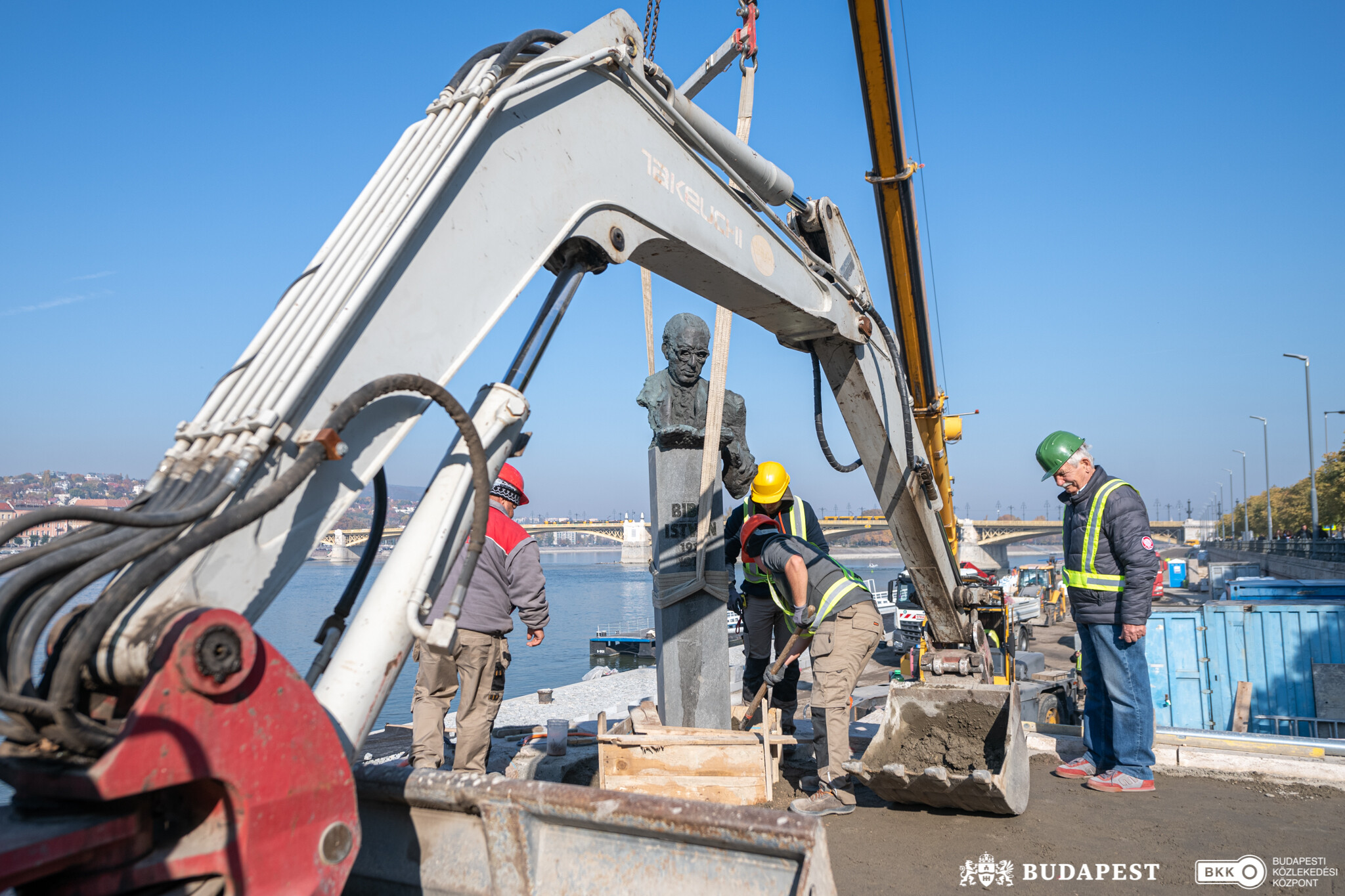 The statue was raised back to its original location with a crane. The Margaret Bridge can be seen in the background (Photo: BKK)

In the corner of the ramp, the bust of István Bibó politician, a prominent figure of the '56 revolution, was placed in 2005, the statement recalled. The statue was removed during the reconstruction, but now the work has reached the stage where it could be returned to its original place, they added. 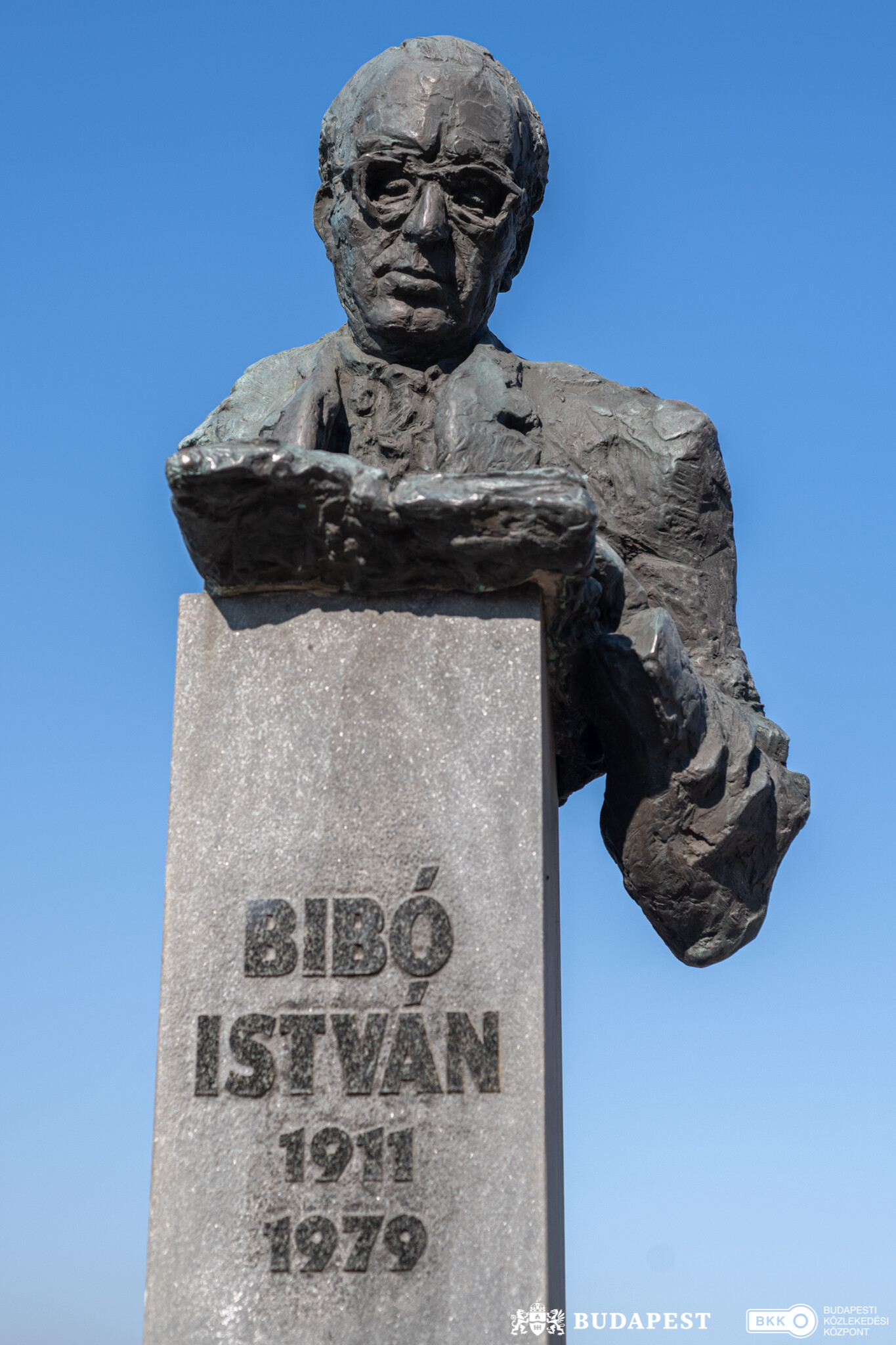 The 190 cm high bronze statue, the work of Géza Széri-Varga, was placed on the Széchenyi embankment in 2005 (Photo: BKK)

It was also announced that the renovation of the lower embankment of Pest, which started in June, is on schedule and will be completed by December. The executor of the investment is Enviroduna Kft. With the reconstruction of the section of the József Antall embankment between the Parliament and the Margaret Bridge, the banks of the Danube can be walked together. Unused paved surfaces will disappear, and the shoreline will become greener, BKK wrote.

Cover photo: The statue of István Bibó was lifted into place with a crane (Photo: BKK)