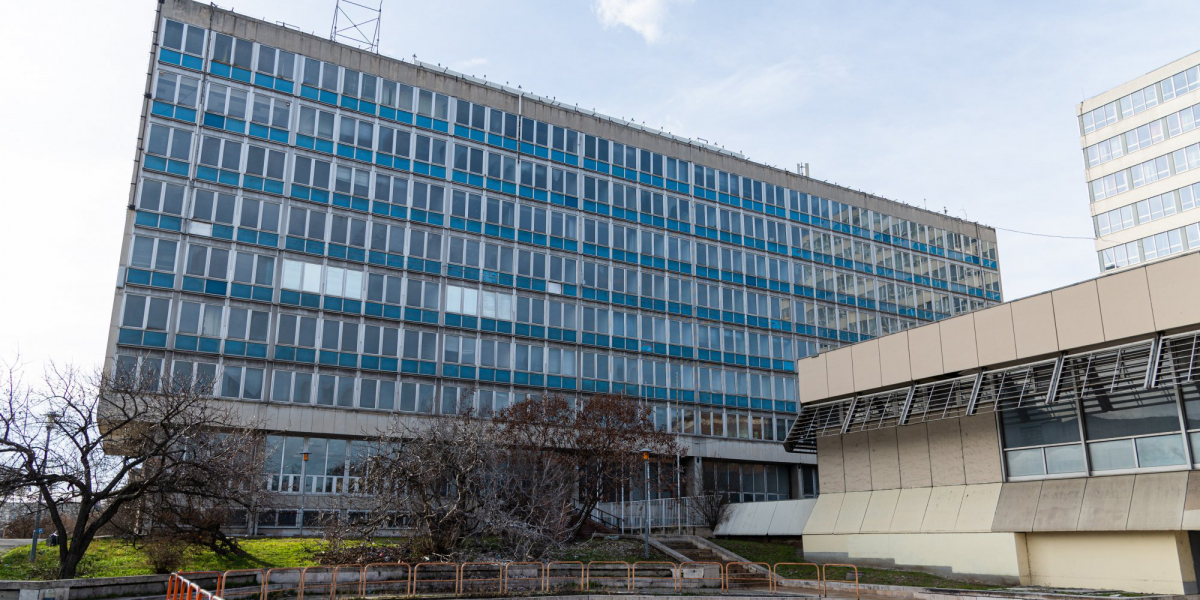 Plans for BME's new building on Goldmann square are awaited

The public tender for the design of the new building of the University of Technology was announced. The call states as a separate clause that the Innovation and Development Center to be built on the site of the demolished Goldmann György square buildings of the BME must be worthy of the existing building complex on the Danube, which is part of the world heritage.

Another public procurement has been announced for the design of the new Innovation and Development Center of the Budapest University of Technology (BME), according to the EU public procurement notice. The building is the Goldmann-menza building on Goldmann György square, which was demolished last year , and the adjacent one, 18–22 Egry József street, will be built on the site of the BME V2 educational building. The current public procurement tender is the second in a row, as the first tender for the design of the innovation center, which was closed in April this year, was unsuccessful.

One of the important requirements of the current tender, which ends on 30 August, is that the future Innovation and Development Center of the BME "must be worthy in its external appearance of the part of the existing university complex that is part of the world heritage and defines the cityscape on the Danube". That is, the new building must fit in also to the cityscape and the Danube-side buildings of the University of Applied Sciences.

The building will have to fit in with the other buildings of the University of Technology and the world heritage view of the Danube bank (Photo: bme.hu)

The announcement reveals that the future, 30,000 square meter center will be a so-called smart building, in which a special building monitoring system equipped with sensors will regulate, among other things, the temperature of the various rooms and the shading of the building as needed, in addition to a special clause that the building must meet certain sustainability requirements as well.

According to the tender, the underground levels of the innovation center to be built on a plot of more than 1.5 hectares will house a garage, bicycle storage, workshops, mechanical engineering, maintenance and operation rooms. According to the plans, there will be a 2,500-3,000 square meter laboratory equipped with all the necessary equipment, and state institutions will also move into the building, for which 14,000 square meters of office space will be provided, there will be a boardroom for 150 people, and, in addition to other offices and meeting rooms, a restaurant, cafe, and kitchen too.

The educational block referred to as V2 was handed over in 1969, and the adjacent Goldmann canteen in 1983, both demolished in 2021 to make way for the new Innovation and Development Center of the BME.

The BME V2 building and the Goldmann canteen before demolition (Photo: ujbuda.hu)