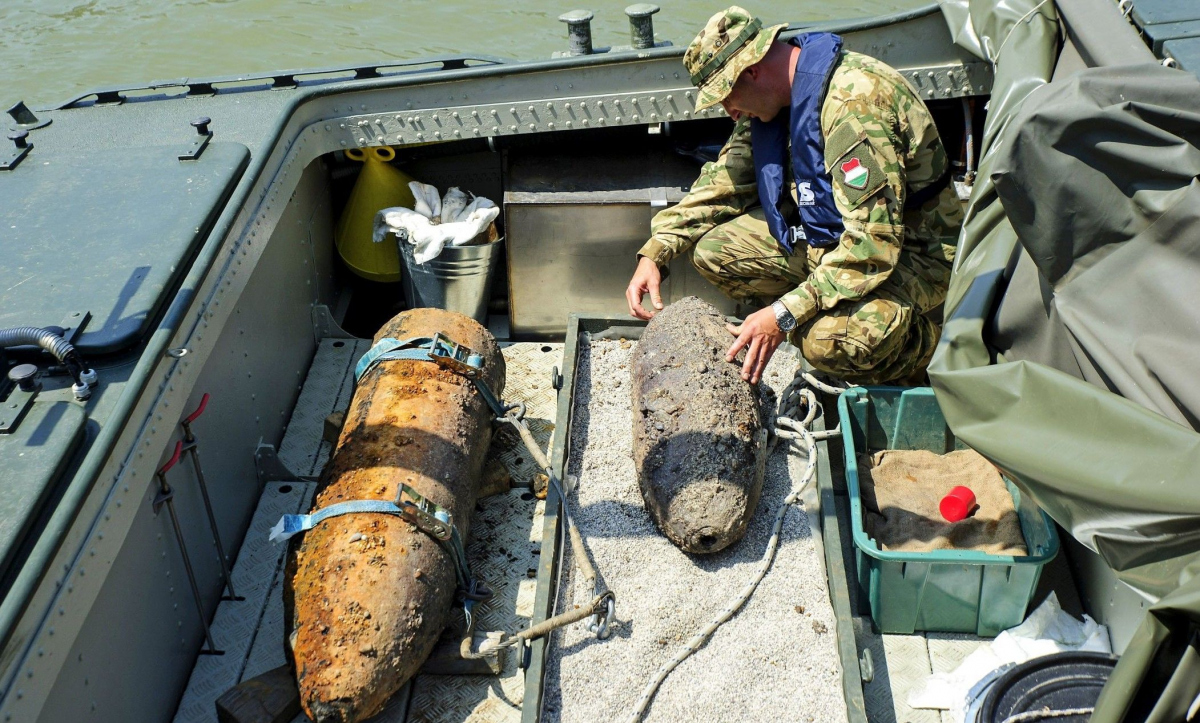 A one hundred kilogram Soviet air bomb was defused, and part of another 250 kg bomb was identified by military explosives experts in the Danube near Chain Bridge.

The bombs were near Chain Bridge, about 70 meters from the shore of Buda, 6–7 meters deep in the Danube riverbed. Army firefighters lifted the bombs out of the water with a special crane.  The smaller 100-kilogram explosive device had an armed nose igniter, which was removed. The 250-kilogram Soviet air bomb did not contain an igniter.

The bomb was lifted out of the water by a special crane (Source: MH 1. Honvéd Explosives and Warship Regiment Facebook page)

The explosive devices were about 70 meters from the shore of Buda in the riverbed (Source: MH 1. Honvéd Explosives and Warship Regiment Facebook page)

Explosives experts transported both bombs by water from the site and will destroy them at the central collection point of the Hungarian Armed Forces.

The Danube riverbed has been inspected due to the renovation of Chain Bridge, and archaeologists have also found a cannonball.