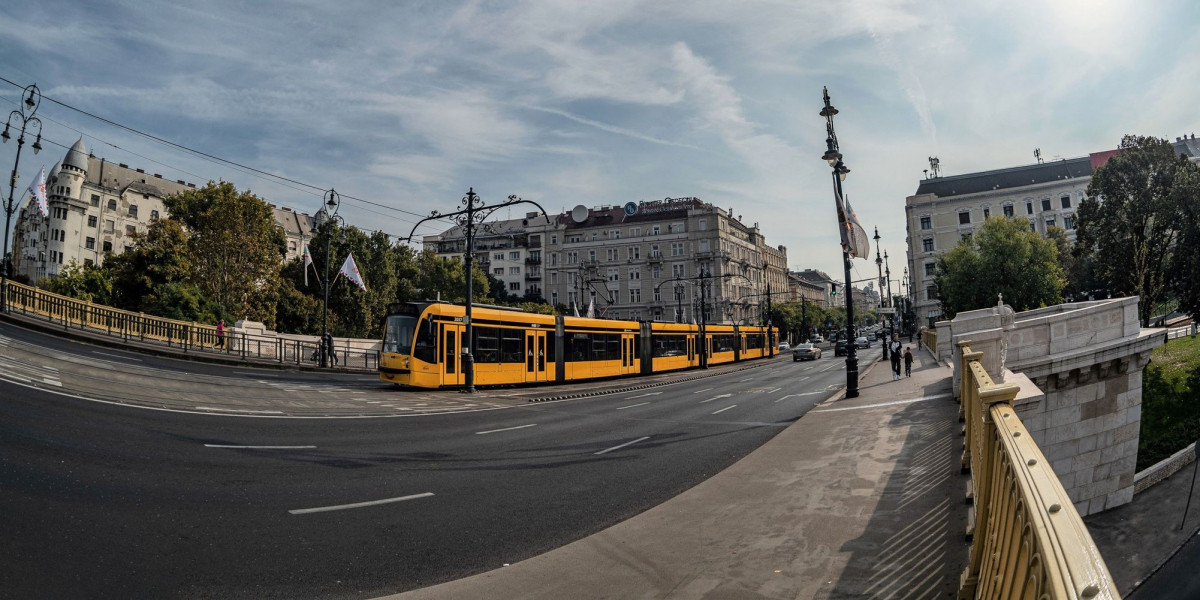 Many kinds of trams have served Budapest in recent decades

UV, ICS, Bengali, CAF, Combino, Hanover - these trams have defined tram transport in Budapest in recent decades. Now more CAF products are in service, but take a look at what kind of trams the people of Budapest used and what do these weird names mean?

Initially, it was Siemens. The tram network in Budapest started with the trams of the Siemens-Halske company in 1887. The success was huge, the former horse-drawn carriage was virtually swept away by the new vehicle, and until World War II, much of the city was connected by the tracks. There was a huge turmoil in the field of vehicles; for a long time, several large companies shared the capital's network, and the vehicles were constantly rebuilt, modernised, possibly new ones were bought, the old ones were rebuilt according to the new ones. 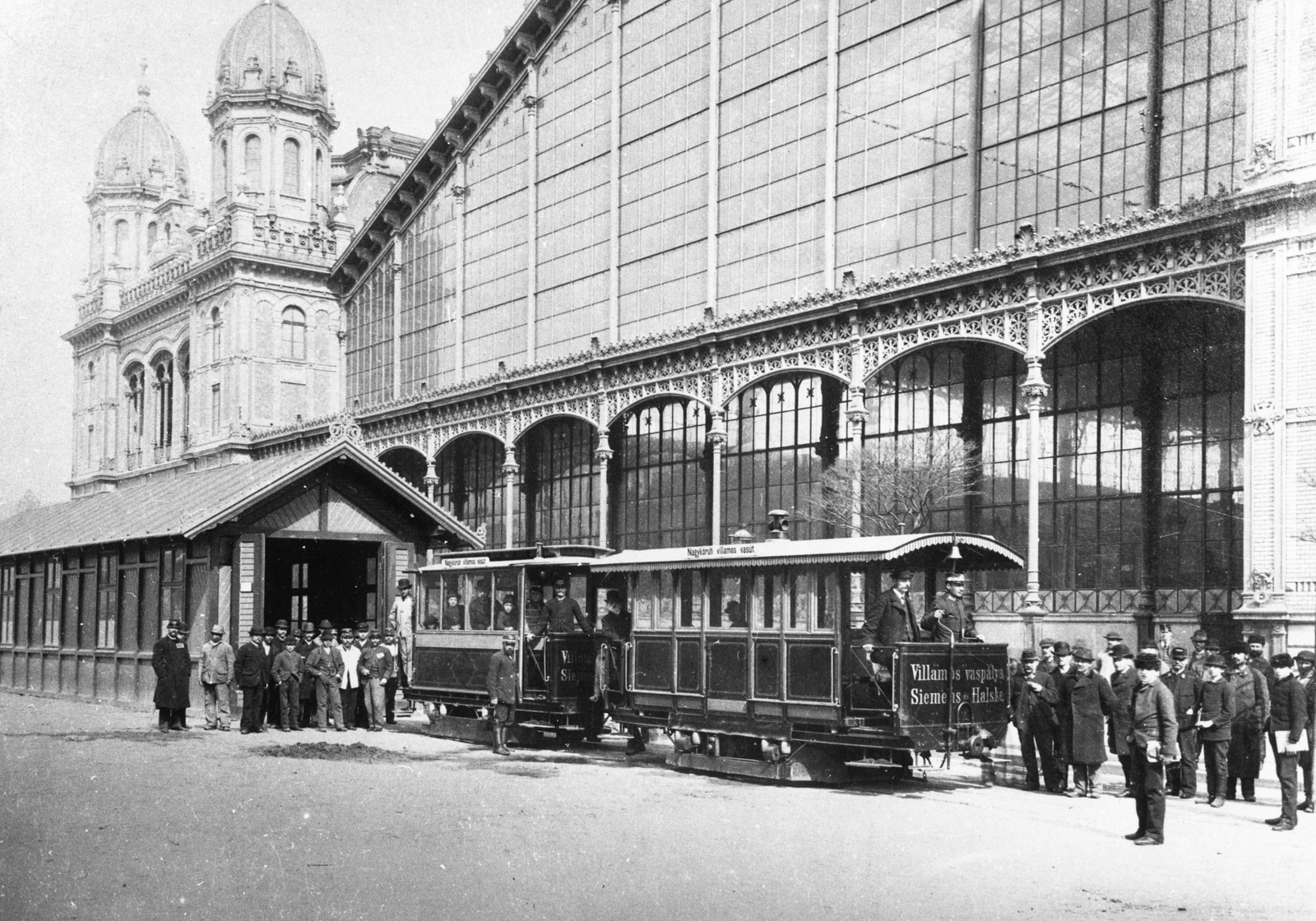 From where the tram network in Budapest started: Siemens-Halske test tram in front of the Nyugati (Western) Railway Station in 1887 (Photo: Fortepan/No.: 24111)

In addition to the old trams, a new, modern vehicle appeared in 1940, which was given the TM mark at the Ganz factory, and was nicknamed Stuka by the audience based on its sounds. The “T” simply meant that it was the “T” series, it was the next letter in the ABC for marking the tram types. (The Stuka was a World War II German dive bomber that made a sharp, screaming sound). This vehicle is important because one of the most significant trams in Budapest was built on this basis 16 years later.

After World War II, Ganz engineers wanted to start from scratch, developing a new type, but the financial and political framework of the age — subway construction took away all resources — allowed “only” the development of TM. A temporary train was made in one copy, which differed essentially from the previous one in that a three-car assembly could be put together from two motor carriages and a tow-car and the rear motor carriage was controlled from the front, so it became a TV where the “V” referred to the controlled mode. By the 1950s, the completely dilapidated, decades-old, difficult-to-operate tram fleet had been a major concern. A new, high-capacity type was needed. 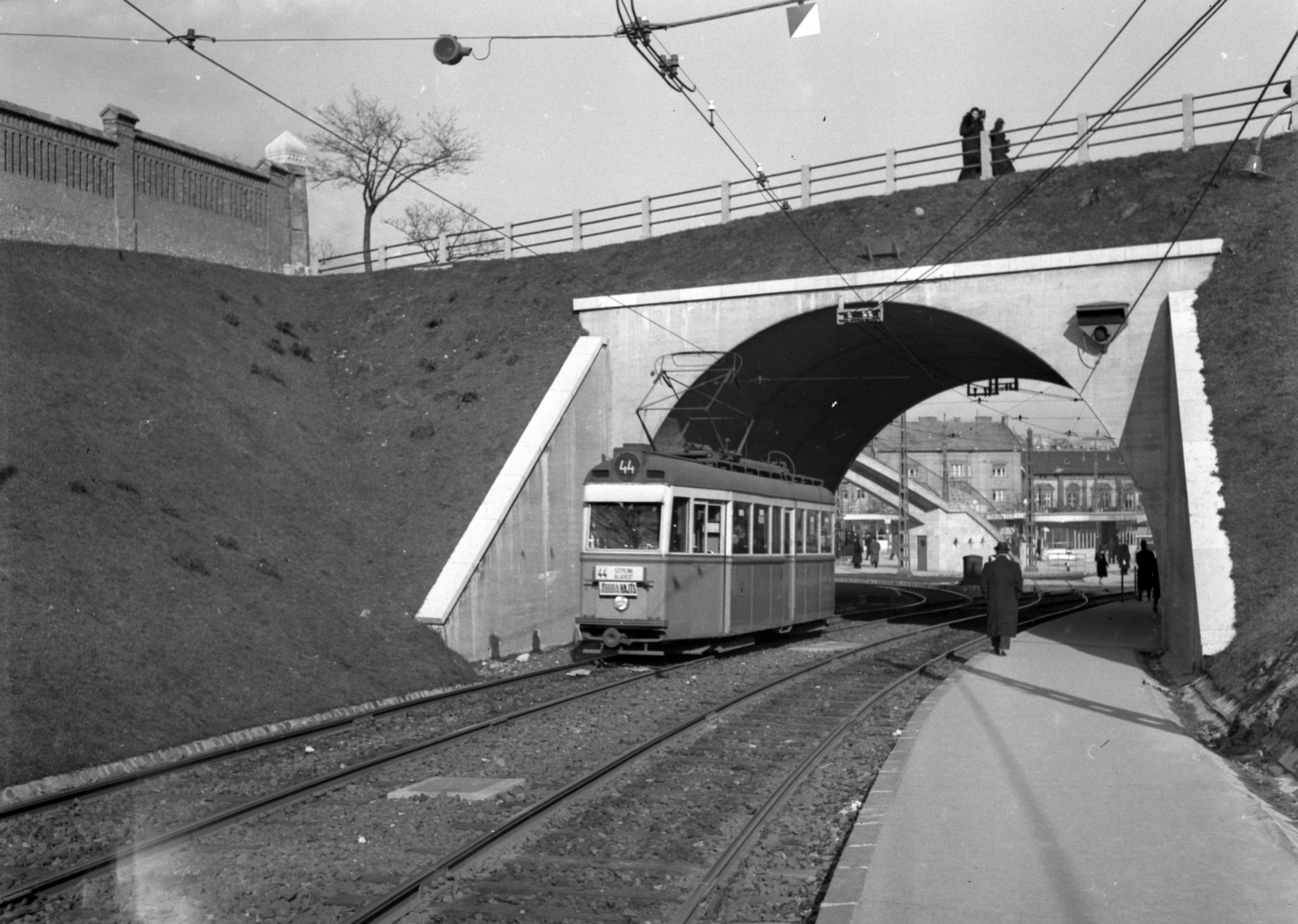 So the engineers of Ganz used the TV type - the UV tram became an improved, reworked version of that, which was such a new experience after using Budapest's ancient tram park, that the people of Pest translated UV as “the new tram” ('új villamos'). U meant only the U-series following T, and it was also controlled like its predecessor, which is why in Ganz the tram became UV. The Metropolitan Electric Railway Company (Fővárosi Villamosvasút, FVV) bought a total of 375 of those between 1956 and 1965. The tow-cars used between the two motor carriages were rebuilt from older trams. The UVs have been in service for 50 years, they have become dominant in the capital, the last carriages were operating in Budapest until 2007. 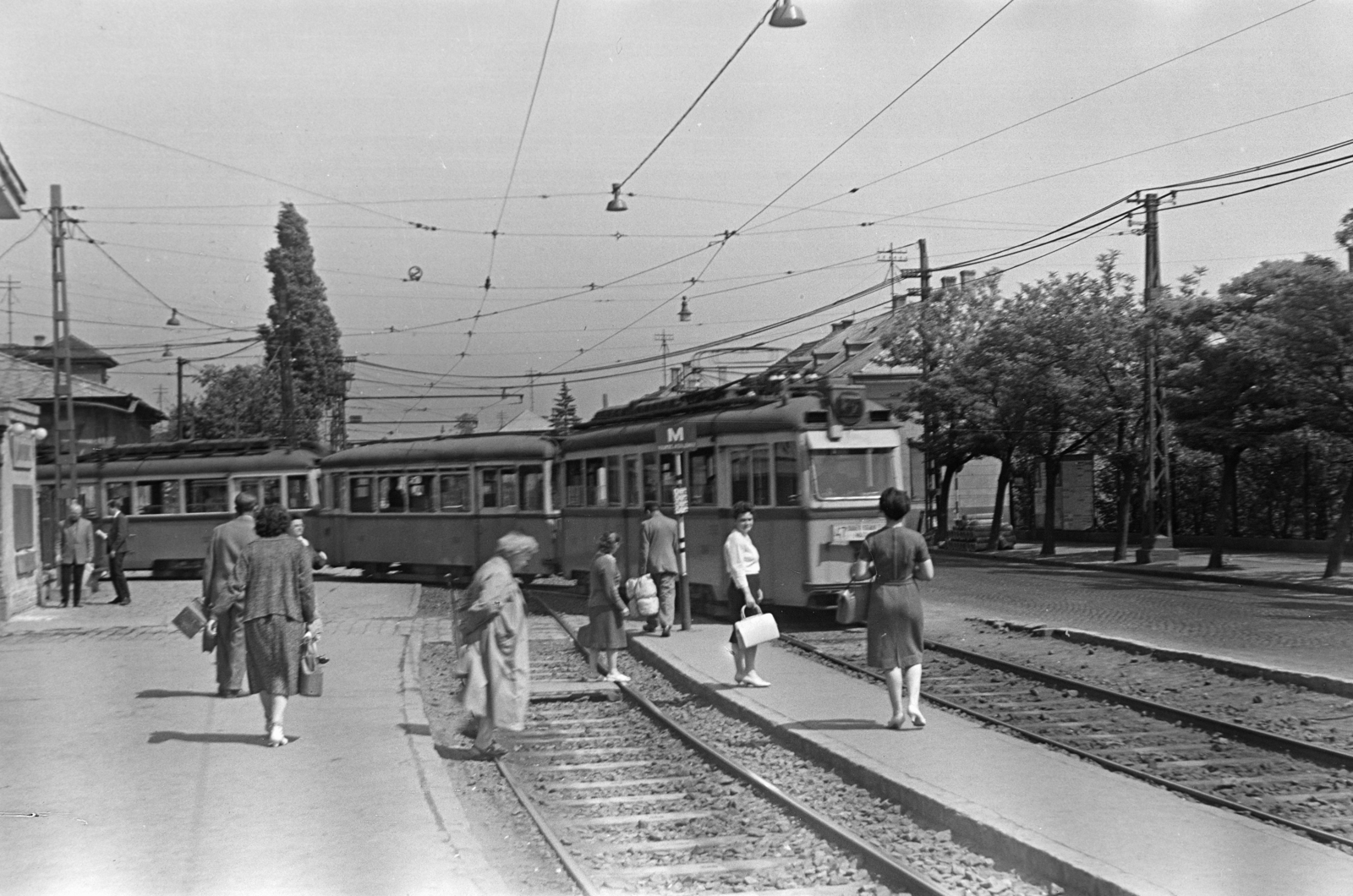 So on the streets of Budapest, three-carriage trams were running from 1956, but even these were not big enough. A major innovation of the 1960s was the introduction of articulated vehicles in public transportation. In Budapest, the first articulated buses were made by assembling old vehicles. “Home-made”, i.e., taking into account the possibilities of the then FVV, the first articulated tram, the Bengali, also known as the FVV Házi Csuklós, was made as well at the time. It was not old trams that were built together, but a new tram was born, albeit based on old technology.

However, Bengali was not successful in Budapest. Compared to previous trams, it was huge, 22 metres long and could carry up to 210 people - a UV carriage was only 12.6 metres - but the vehicle was slow and loud. It got the name Bengali - opinions are divided on this - either because of its sound, because it roared like a Bengal tiger, or because it was enormous ("benga"). Plus, it originally had doors on only one side, so it could only travel on routes where it could turn on a loop track. These trams went to the countryside after a few years, where they proved to be well-used and served passengers for decades. 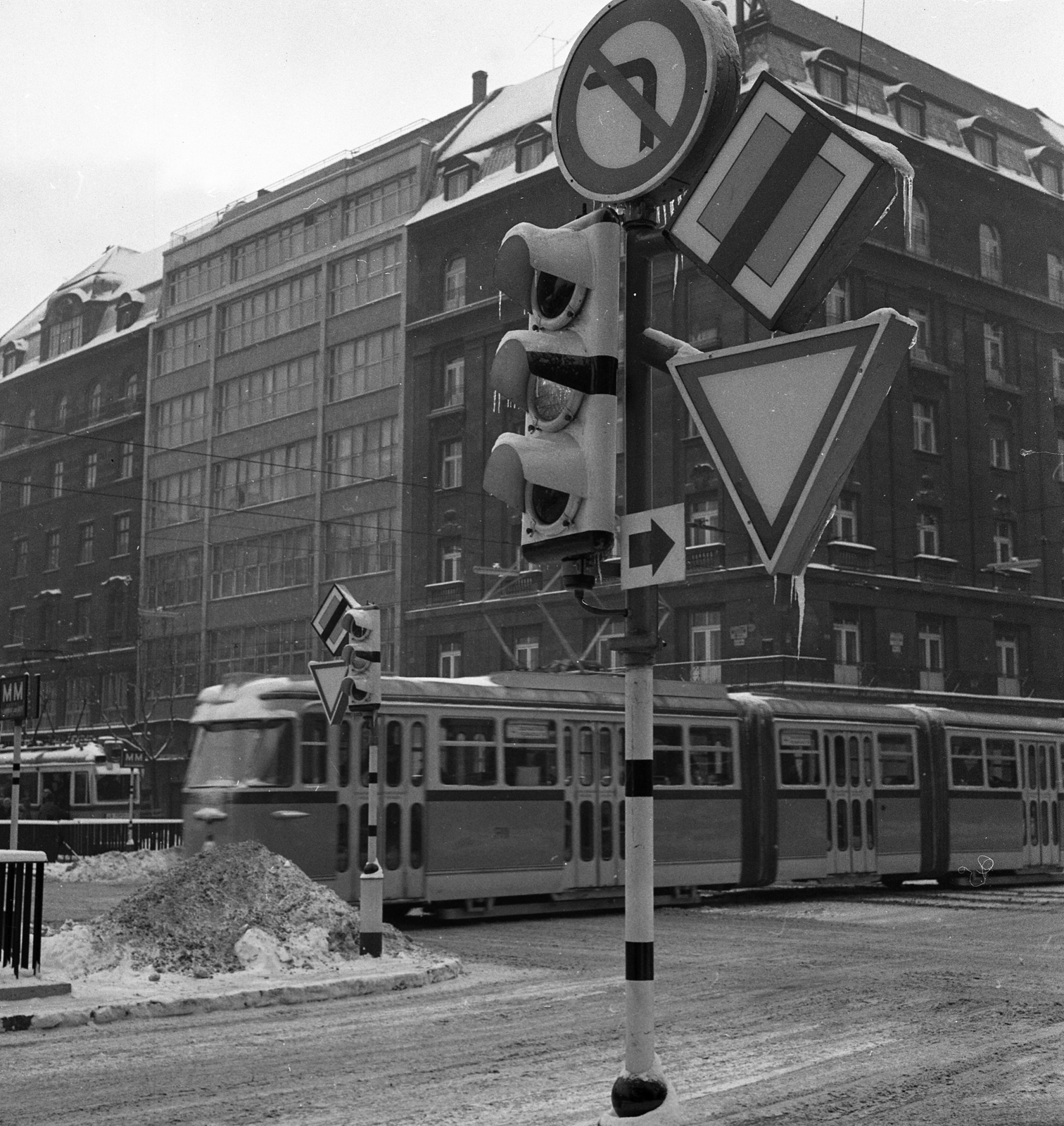 The ICS was huge to the eye at the time, more than 4 metres longer than the Bengali: almost 27 metres. True, officially fewer people could fit on it, it could only take 200 passengers "on its back”. The Ganz Industrial Articulated trams, manufactured until 1978 and still operating today, are the last Hungarian trams made in series to run at home, as citizens still can travel with these - of course with their renovated versions, which, unlike the original, already have heating - for example, on line 2. 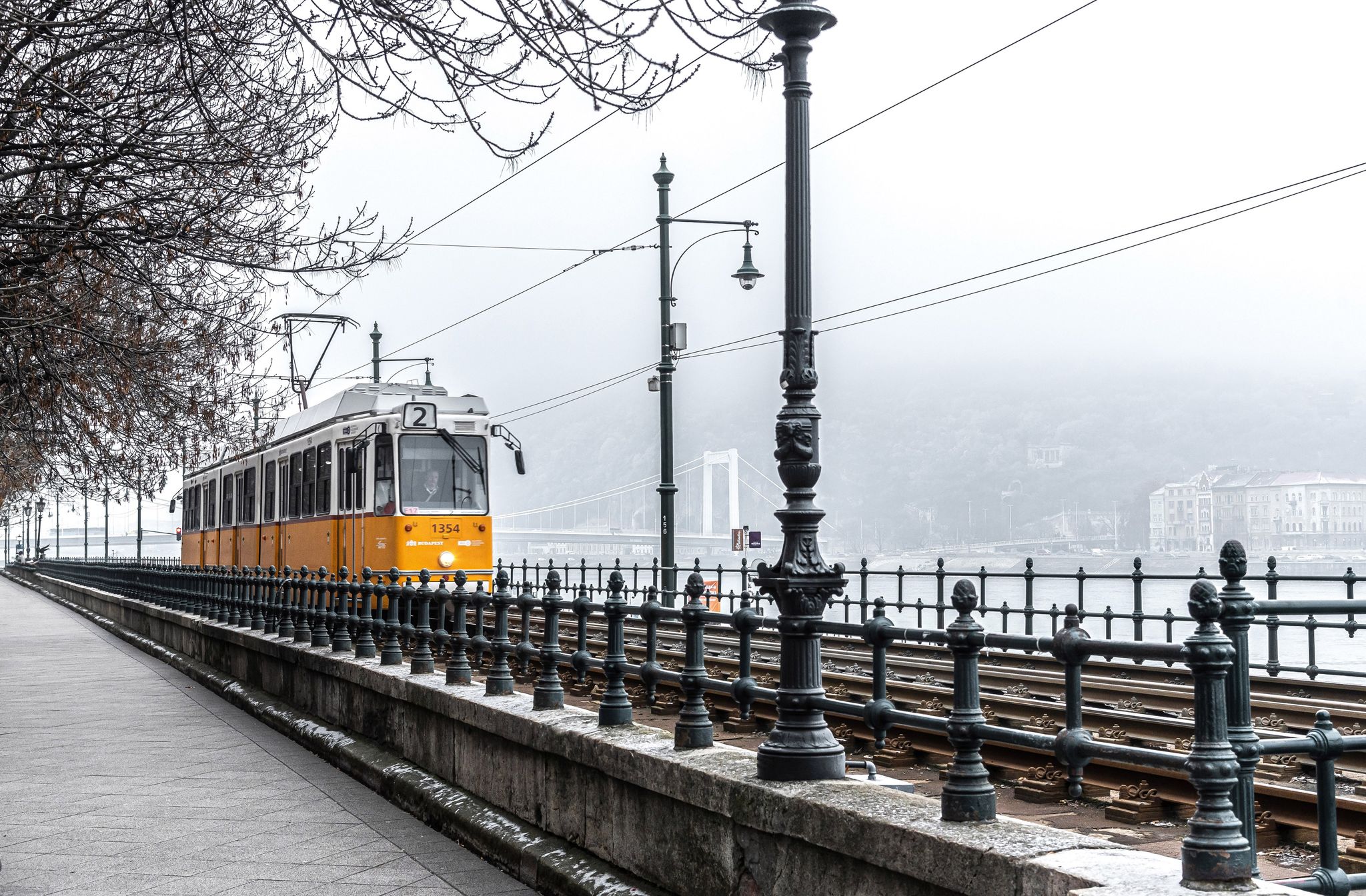 Although there was a Hungarian prototype developed in the 1980s, it was no accident that this tram was nicknamed “Csufi”, it was simply ugly as if it had been put together from the remains of a BKV garage.

The Tatra trams were very eye-catching in 1979 when they appeared in Budapest. The Council of Ministers decided in 1975 to purchase new trams, and although Ganz would originally have been entrusted with the production of trams, the Czechoslovak Tatra factory made a more favourable offer, so it supplied the new series of trams. Despite the fact that these were solo vehicles and, as it turned out, the Tatra factory later raised the price of the tram considerably, but still, BKV bought a total of 320 from the modern trams at that time. The last Tatra T5C5 tram arrived in 1984, so the youngest is well over 35 years old. 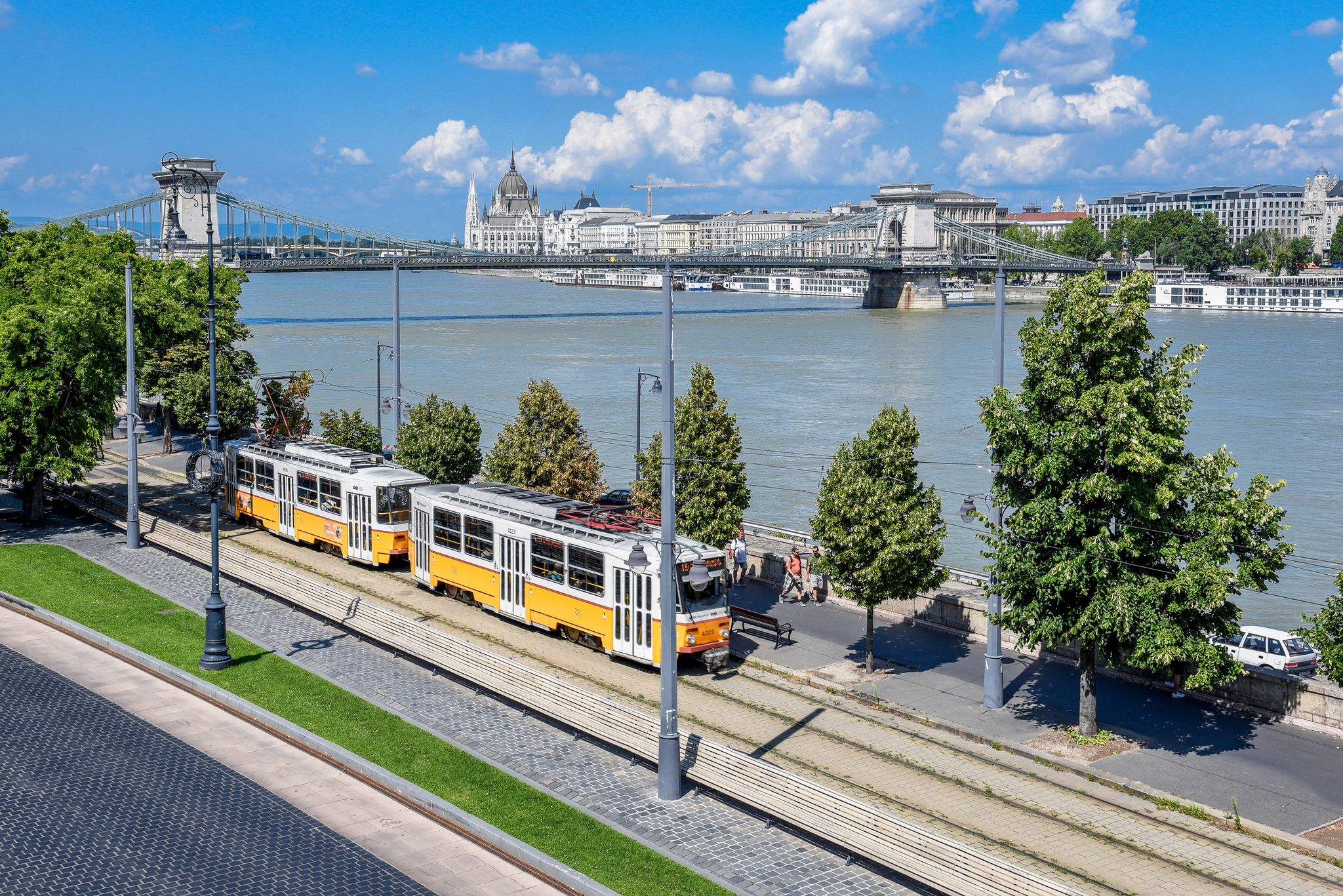 Both the Industrial Articulated and the Tatra trams have been refurbished, become more modern, but neither can meet the two expectations that passengers expect from a modern means of public transport: to have air conditioning and a low floor. The Industrial Articulated originally was not equipped with heating, it was only installed during the renovations. The Budapest Transport Company (BKV) considered air conditioning to be a kind of luxury for a long time, BKV did not order air conditioners for the Combinos that arrived in 2006, which turned out to be a big mistake, because the trams became unbearable in the summer, so they had to install cooling systems.

16 years after the acquisition of the Tatras, new trams were needed because the time for UVs was running out. There was no money for a new tram. A great opportunity arose as many trams in Hanover had become redundant - the tram park had been expanded due to a world fair in the city - and BKV had bought a total of 76 older but still in good condition TW6000 trams, then in 2010 (from The Hague), 2015 and 2018, new vehicles were bought from the vehicle called Banana, Hanover and Camel.

The above-mentioned Siemens Combino models arrived in 2006, although they were already expected in 2004, but Siemens had to redesign the trams because there was a problem with the previous aluminium-framed trams, so new steel-framed vehicles arrived in Budapest. After correcting the initial problems (there was no air conditioning, the overhead lines were broken by the tram), the record-holder trams became a reliable workhorse for Budapest, as they were the longest in the world at that time. 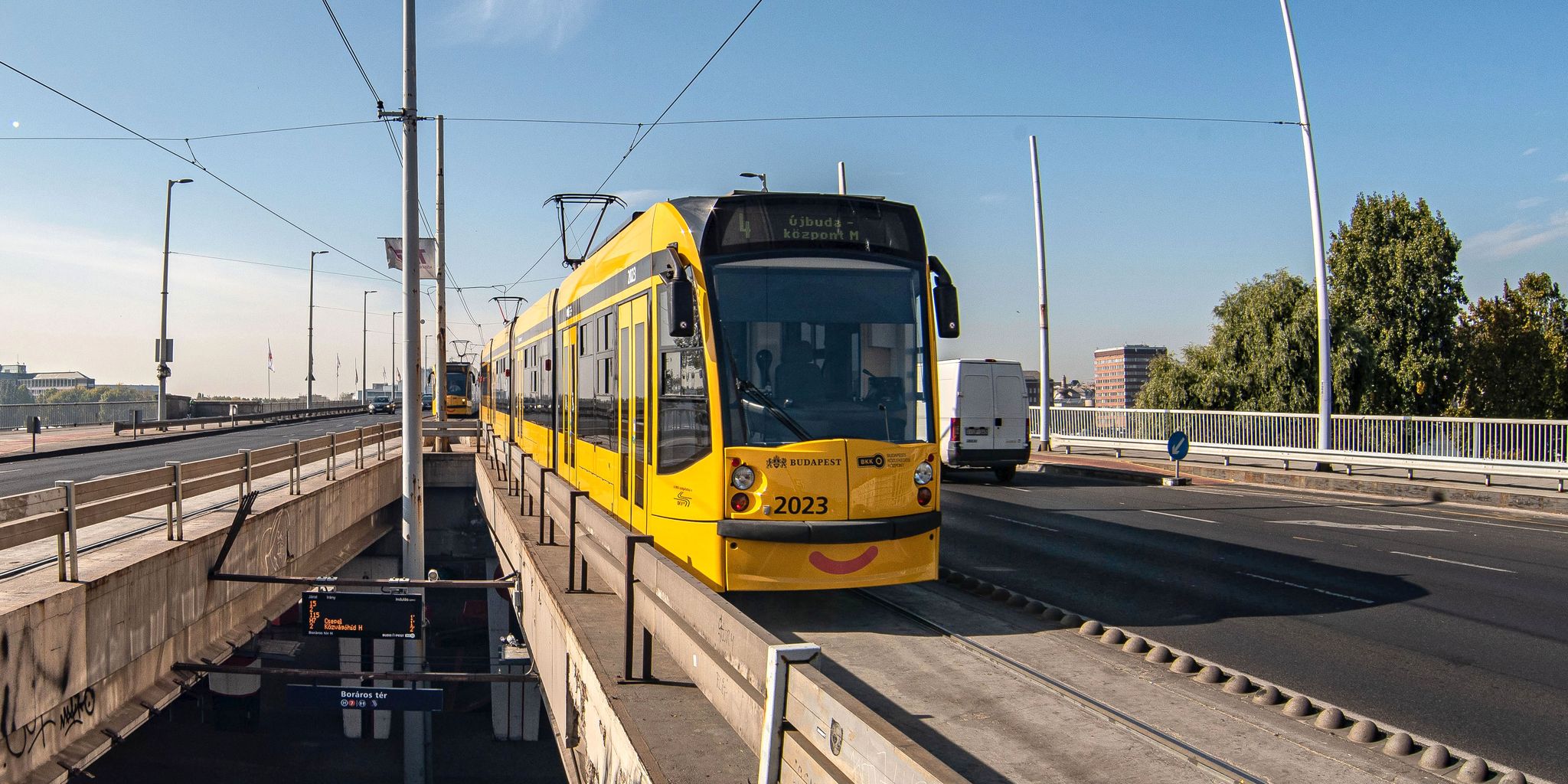 A smiling Combino in Boráros Square. The type is often called "caterpillar" by the people of Budapest (Photo: Balázs Both/pestbuda.hu)

This title has since been conquered by another type, the Basque CAF (Construcciones y Auxiliar de Ferrocarriles) Urbos type 3, whose longer vehicles run on Hungária Boulevard and are a bit larger than the Combinos. In addition to long CAFs, there are also shorter ones in Budapest, on many routes. The first CAF arrived in 2015. The short trams are 34 metres long, the larger ones are 56 metres long. This type of CAF is very common in the world, operating in a total of 20 cities, from Australia to Brazil. 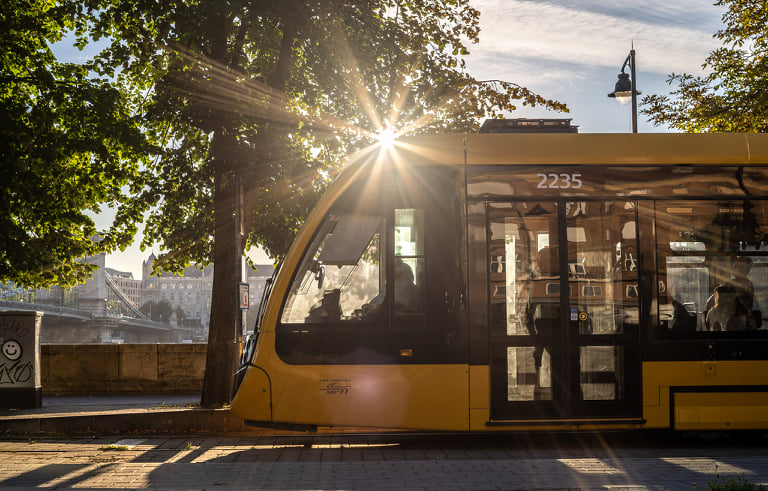