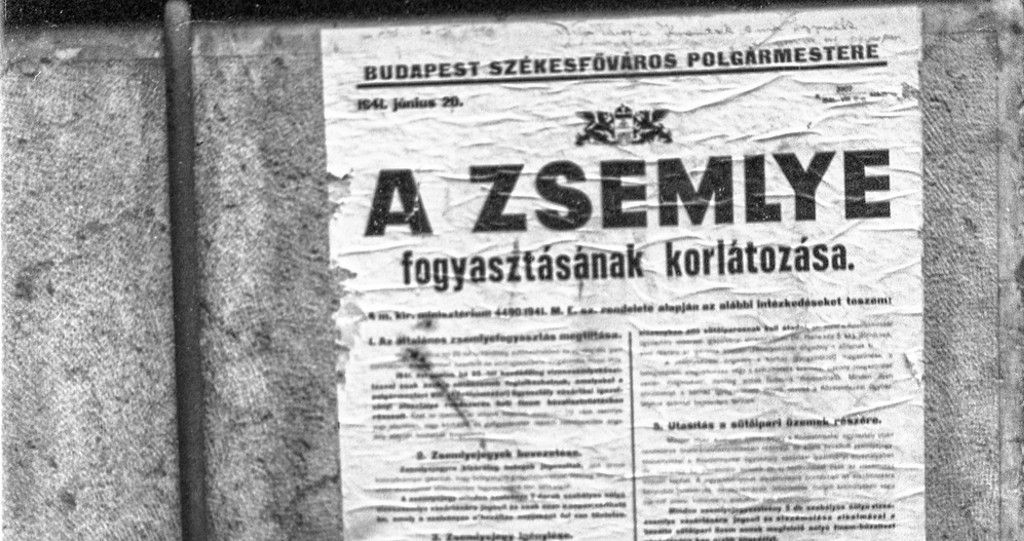 Bread and flour stamps were introduced 80 years ago in Budapest

Although Budapest was seemingly peaceful in 1941, the effects of the war were already being felt. Meat consumption and the use of cars were restricted. Sugar and fat could only be bought on ration stamps from 1940, and 80 years ago, flour and bread stamps were introduced. This restriction affected Budapest and the surrounding area in September 1941.

Although the Second World War had been raging for two years in the autumn of 1941, the theatre of war was not yet in the country. True, on 6 April 1941, there was already an air raid alert in Budapest, when Yugoslav planes entered Hungarian airspace, but at that time the Hungarian capital had not yet been attacked. 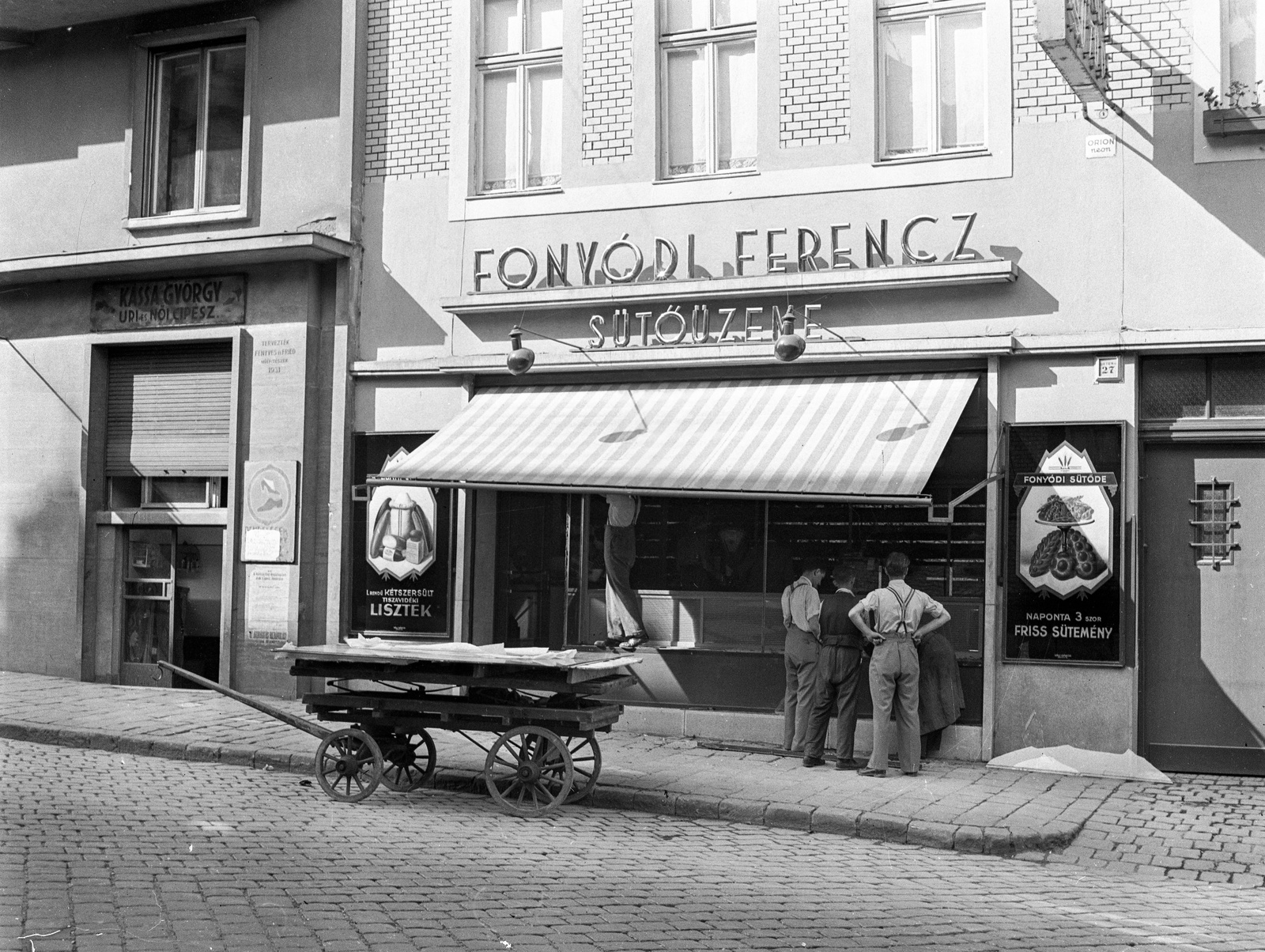 If you look at the events and pictures of 1941, Budapest still looks peaceful. However, the war and its effects have already been felt in public services. On 7 September 1941, the newspapers announced the introduction of flour and bread stamps by order of the Minister of the Interior. The newspaper Ujság wrote the following on the same day:

"Starting from 22 September in and around Budapest, fine flour, bread flour, dry pasta, buns, breadcrumbs and other bakery products can only be bought with a flour and bread stamp.”

The Mayor of Budapest has called for the introduction of ration stamps to ensure an uninterrupted supply of essential foods for citizens. By this time, there were already long queues outside bakeries and it was feared that there would be a shortage of basic foods. Outside Budapest, the provision extended to the surrounding settlements (roughly the area of present-day Budapest and Vecsés). 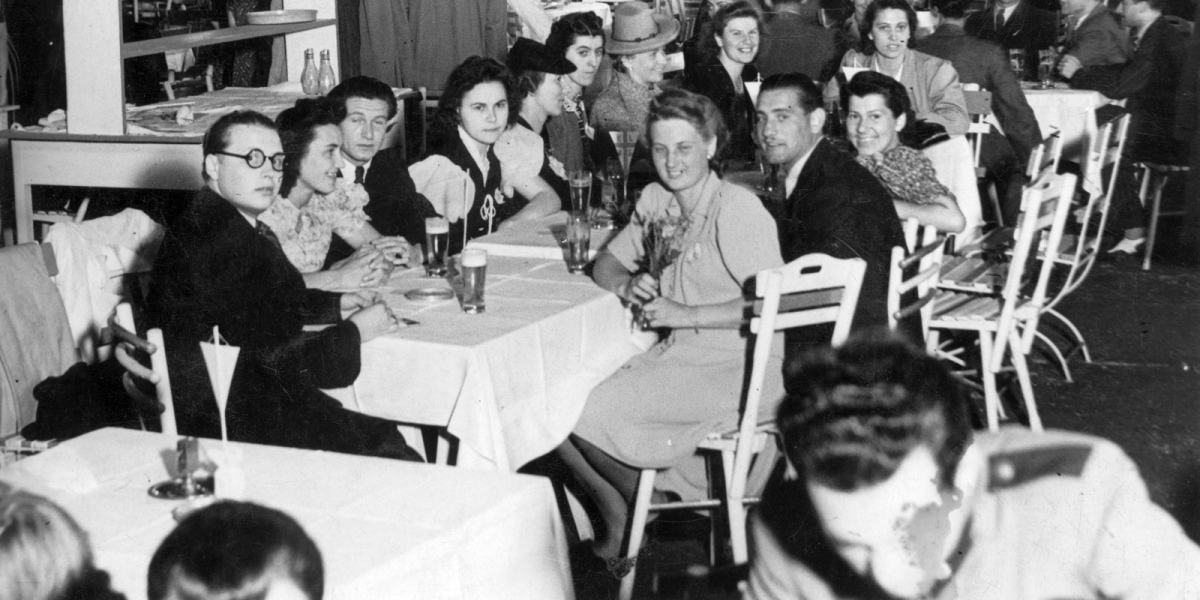 Bread stamps had to be applied for on a separate form, and reports urged that anyone who missed the deadline by noon of 9 September would not be allowed to buy bread after 22 September. The situation was complicated by the fact that the article of Sunday 7 September, already quoted, said:

"­The application form was already available in several places on Saturday. Most bakers, grocers selling bread and butchers told people that they could provide a form on Monday the earliest.­­"

Hard manual labourers (both men and women) were allowed 60 decagrams of bread a day, manual labourers 40, and everyone else - including children over one year old - got 25. For infants only fine flour stamp could be requested. The annex to the regulation listed in detail which sectors and jobs were considered to be hard physical work.

The regulation covered not only bread and flour, but also dry pasta and pastries made from them. Special products such as bread rolls were not free to buy either, the bread stamp could be redeemed for them. Those who could medically certify that they could only eat bakery products made from white flour were allocated 3 kilos of white flour per month. In the restaurants, guests did not have to give a bread stamp, but the meal only came with 6 decagrams of bread per person. You could not get a bread stamp if you regularly ate lunch or dinner in a restaurant or canteen. 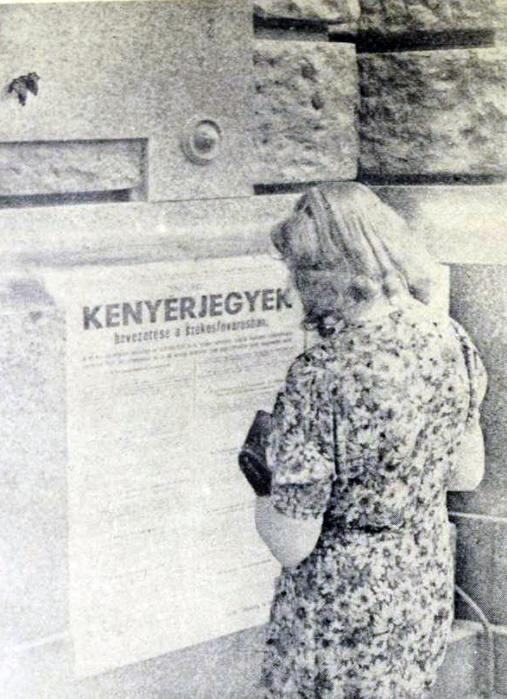 The bread and flour stamp was not the first restrictive measure for bakery products: as early as 1939, the quality of breads and the quantity of materials that could be used were regulated. In order to save on white flour, the bread contained an increasing proportion of rye and potatoes.

The ration stamp system was not unknown to the people of Budapest either, as from 1940 they could only buy fat and sugar this way. Other restrictions were also in place, for example in 1939 the trade in meat was restricted. True, they did not introduce rationing, but so-called meat-free days. At first 2 days a week, then 3 days a week, only offal, fish, mutton, horse meat, chicken and turkey could be sold. A further restriction from 1941 onwards was that food purchases had to be kept in a separate book.

But the measures were not limited to food: for example, the use of private cars was also restricted. Only cars used for official purposes were allowed to be driven, and petrol vouchers were available for them. Of course, in this case, everyone was looking for those particular loopholes.

Although most of the provisions were national, the flour stamp introduced in September 1941 was specifically for Budapest and the surrounding area, in order to ensure the supply of bread at a fixed, official price for the people of the capital.

Cover Photo: Large posters have appeared across the city, explaining the details of the ration stamp system and the restrictions on consuming to the people (Source:Fortepan/No.: 79508)