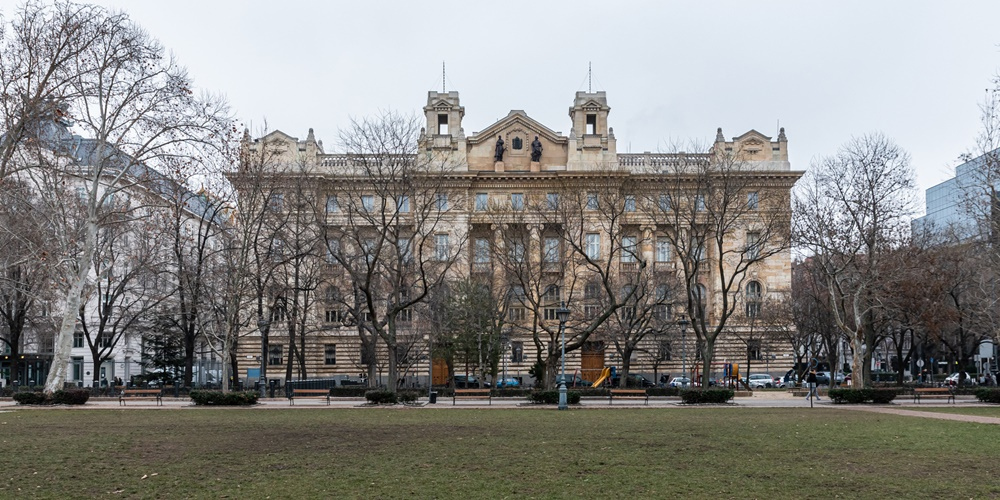 The complete renovation of the headquarters of the Magyar Nemzeti Bank (MNB) in Szabadság Square will begin in November, the MNB said on Wednesday.

According to the central bank's announcement, the exterior of the building has remained virtually unchanged since 1905. However, after World War II, the interior of the building, unfortunately, underwent interventions that undermined its original monumental value. Ignoring the original concept of Ignác Alpár, the first level was split in two with an extra floor installation, which lost half of its ceiling height and replaced the light, airy space with narrow, dark offices. The originally open inner courtyard was covered, the open loggias on the third floor were eliminated, suppressing the elegant atmosphere of the interior, causing serious damage to the aesthetic value of the glass windows made by Miksa Róth, some of which were covered with new masonry and ceilings. 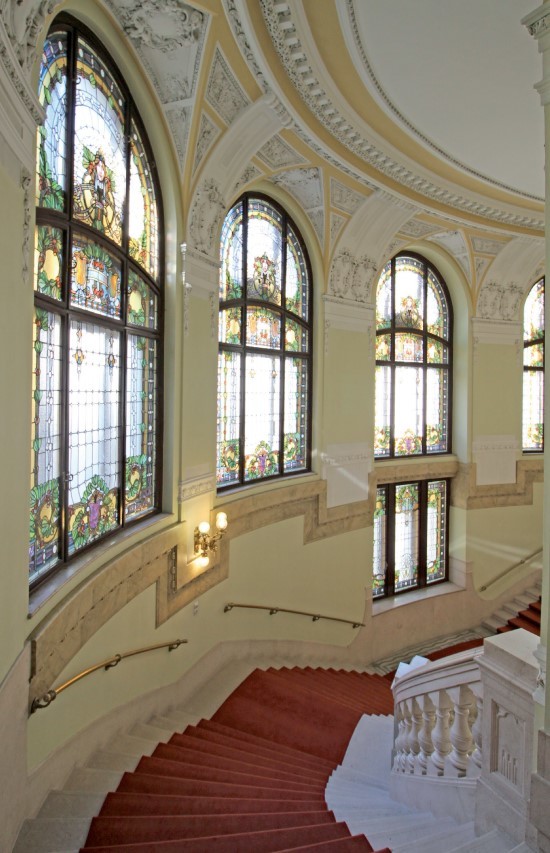 The monumental staircase of the building with the ornate glass windows (Photo: MNB)

As they write, from a technical point of view, the MNB Headquarters has never undergone any major renovation, only the maintenance necessary for everyday operation and the technological solutions corresponding to the needs of the given time have been installed to the extent limited by the possibilities of the building.

Visual design of the central bank's façade about to be renovated (Source: MNB)

The recently announced external and internal renovations will cost HUF 55 billion, the costs of which will be covered by the central bank's operating profit. The intervention was justified by the technical condition of the headquarters built between 1902 and 1905. The electrical network, cooling, heating and sewage systems are obsolete, without renovation there would be operational risks within a few years. According to the bank, the building renovation will be carried out within the framework of a comprehensive monument reconstruction along two guiding principles: on one hand, the damage to architecture and the fine arts caused by the post-World War II alterations will be restored, thus restoring the original splendor of a monumental building of unique beauty in the world. On the other hand, a modern, energy-efficient office building will be designed, which will also reduce its carbon footprint.

Central bank employees continue to work in Buda, in the office building next to the Southern Railway Station, and in the MNB 's headquarters in Széll Kálmán Square, he added. 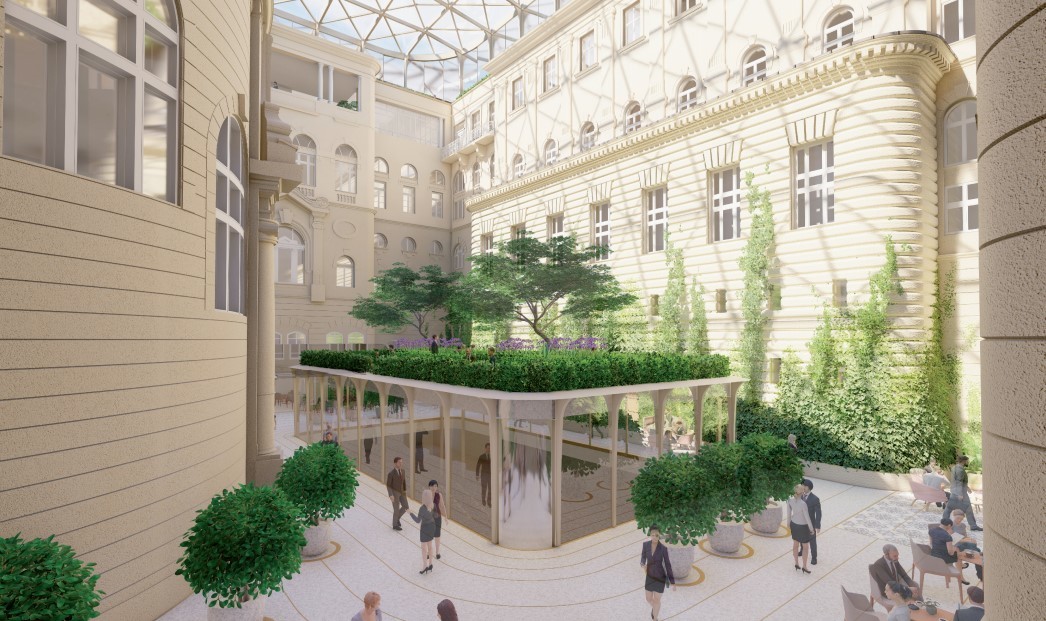 Visual design of the inner courtyard of the building (Source: MNB)

The ceremonial handover of the renovated listed building is planned for 2024, the 100th anniversary of the founding of the independent Hungarian central bank. During the renovation, the MNB will carry out its tasks smoothly, and the works and possible changes will be reported on their website - the announcement reads.

Cover photo: The headquarters of the Magyar Nemzeti Bank in Szabadság Square (Photo: Both Balázs / pestbuda.hu)