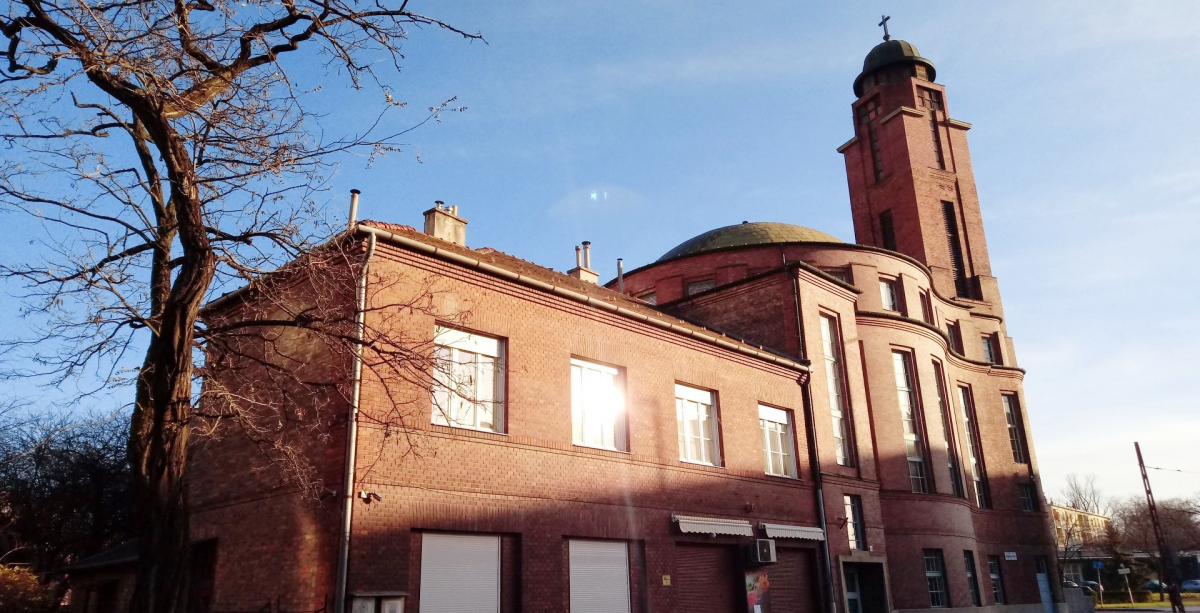 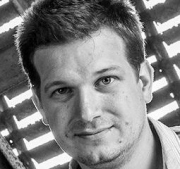 In Kőbánya, with the increase in the number of Lutheran believers, regular worship services began in 1899 in the gymnasium of the primary school at Kápolna Square.  In the same year, the Hungarian Lutheran Congregation of Pest decided to organize a Lutheran mission in Kőbánya. In 1908, the Municipality of the Capital City of Budapest provided a plot of land for the construction of the first church in the 10th district of Budapest on the corner of today's Kőrösi Csoma Road and Kolozsvári Street. This area was unsuitable for church building, partly due to the proximity of the upper railway station in Kőbánya, the military training ground in Rákos and the brewery, and partly due to the poor quality of the soil.

The Evangelical Pastoral Circle of Kőbánya was founded in 1910, and Vilmos Majba (1865-1952), a religious teacher-pastor, was appointed to lead it.
Worship services were held from 1910 in the church on Ihász Street in the Budapest-Kőbánya Reformed Parish. Already at this time, more than two hundred young people were participating in Lutheran religious education in schools in the 10th District. Already at the beginning of his service in Kőbánya, the pastor began to organize the collection to raise the cost of building the church, and encountered several difficulties in the following years. 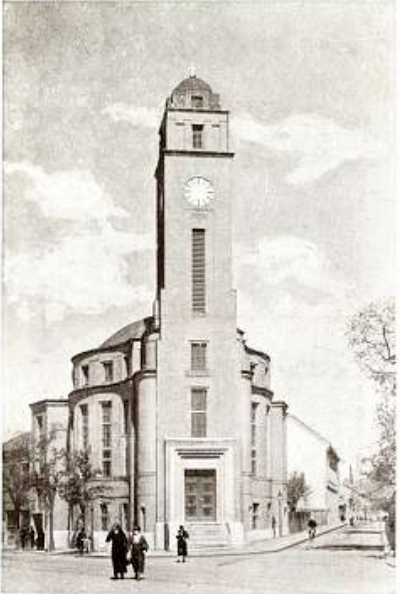 The Lutheran Church in Kőbánya on a postcard issued before 1945 (Source: Zempléni Museum, Szerencs) 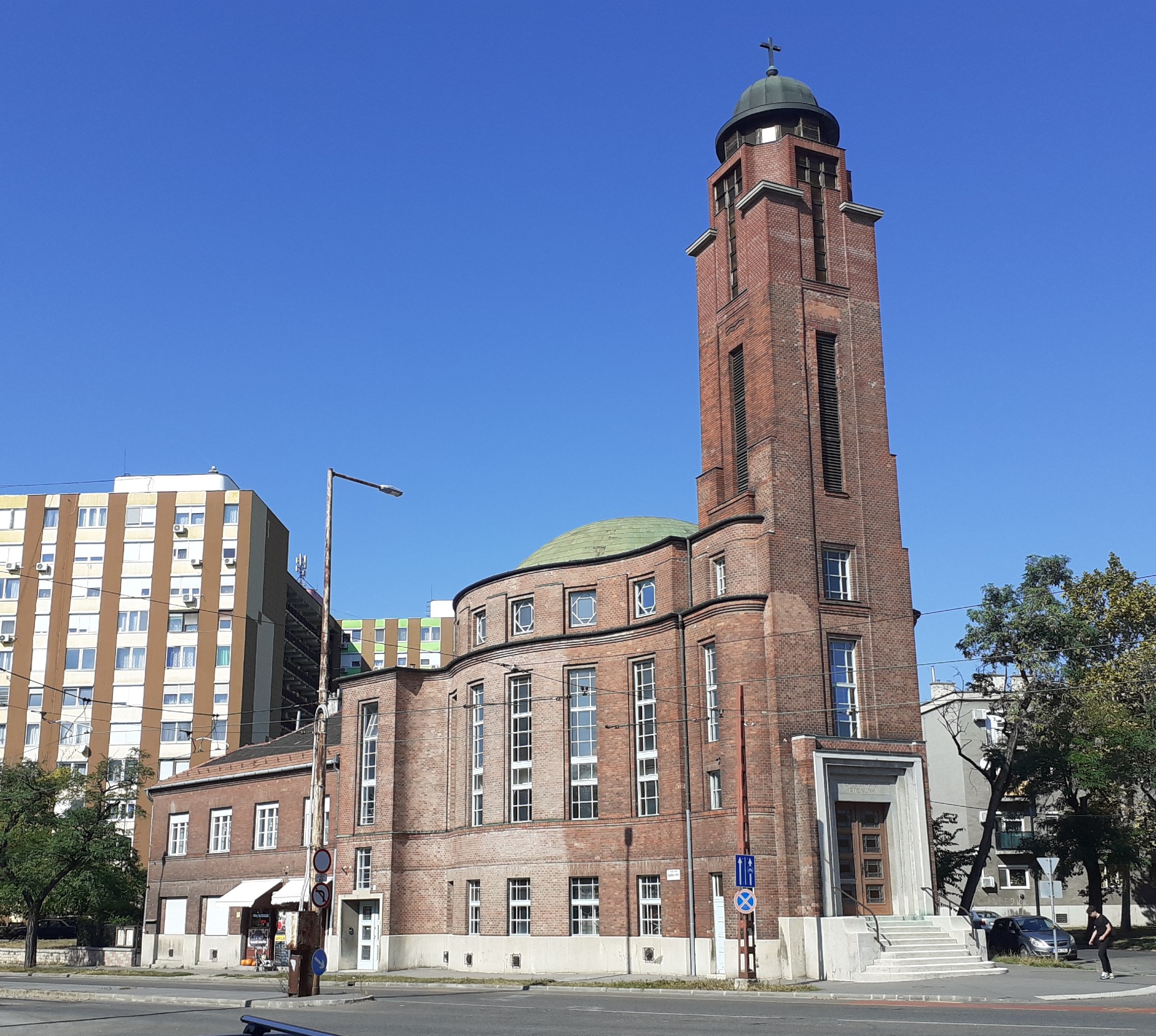 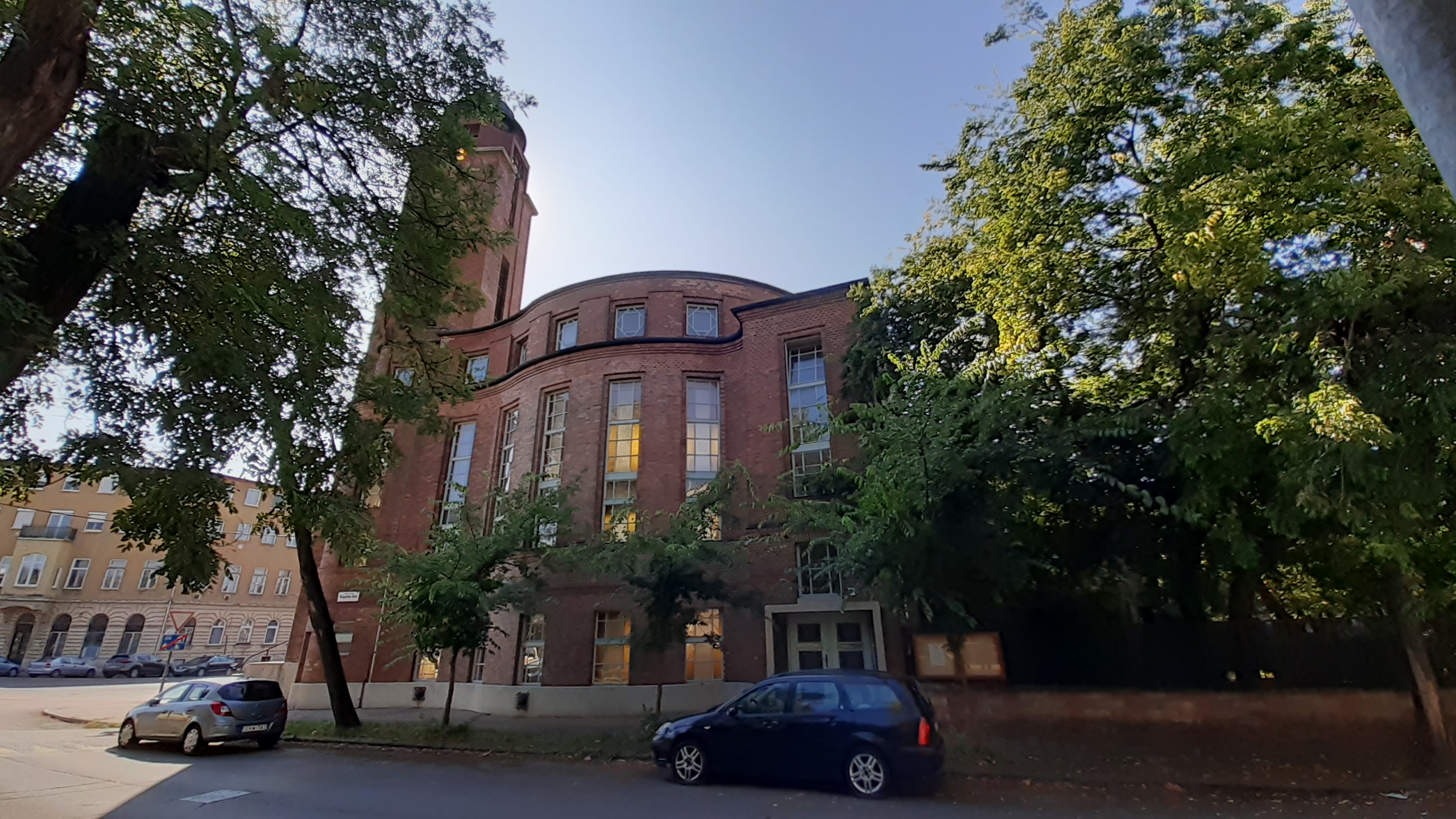 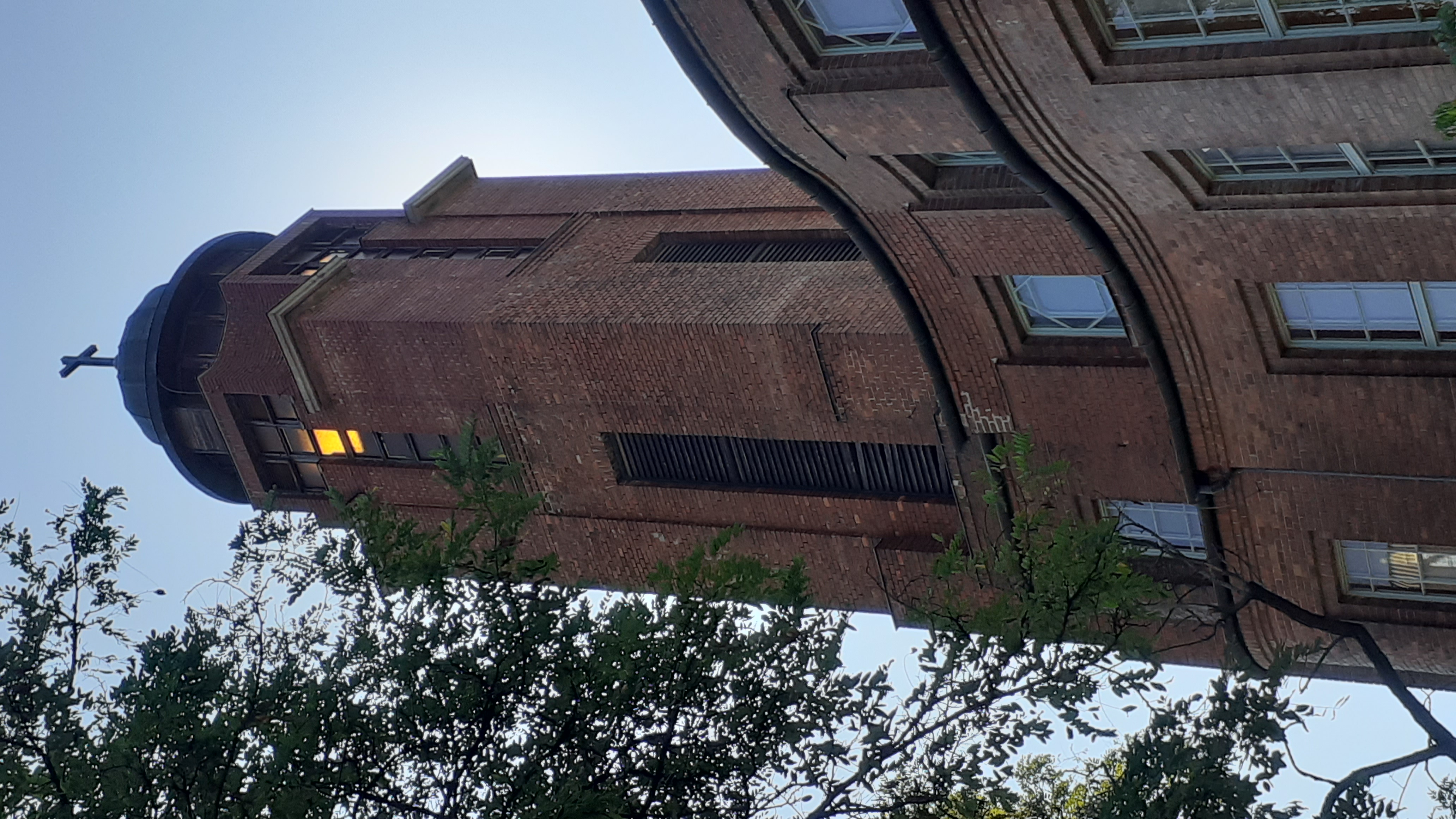 The case of church building in Kőbánya was helped by the fact that in the second half of the 1920s Pastor Vilmos Majba achieved that the donor capital took back the area that was not suitable for church construction and provided financial support instead. The parish purchased the plot at 14 Kápolna Street for the purpose of building a church.

The Ministry of Welfare provided 50,000 bricks and 50 cubic meters of timber, the Ministry of Finance contributed 100,000 bricks and the city 48,000 pengos to the construction of the church. The donation of the believers of Kőbánya for the construction amounted to nearly 30,000 pengos. Both the laying of the foundation stone of the church on 11 May 1930 and its consecration on 4 October 1931 were served by Sándor Raffay, bishop of the Lutheran Diocese of Bánya. 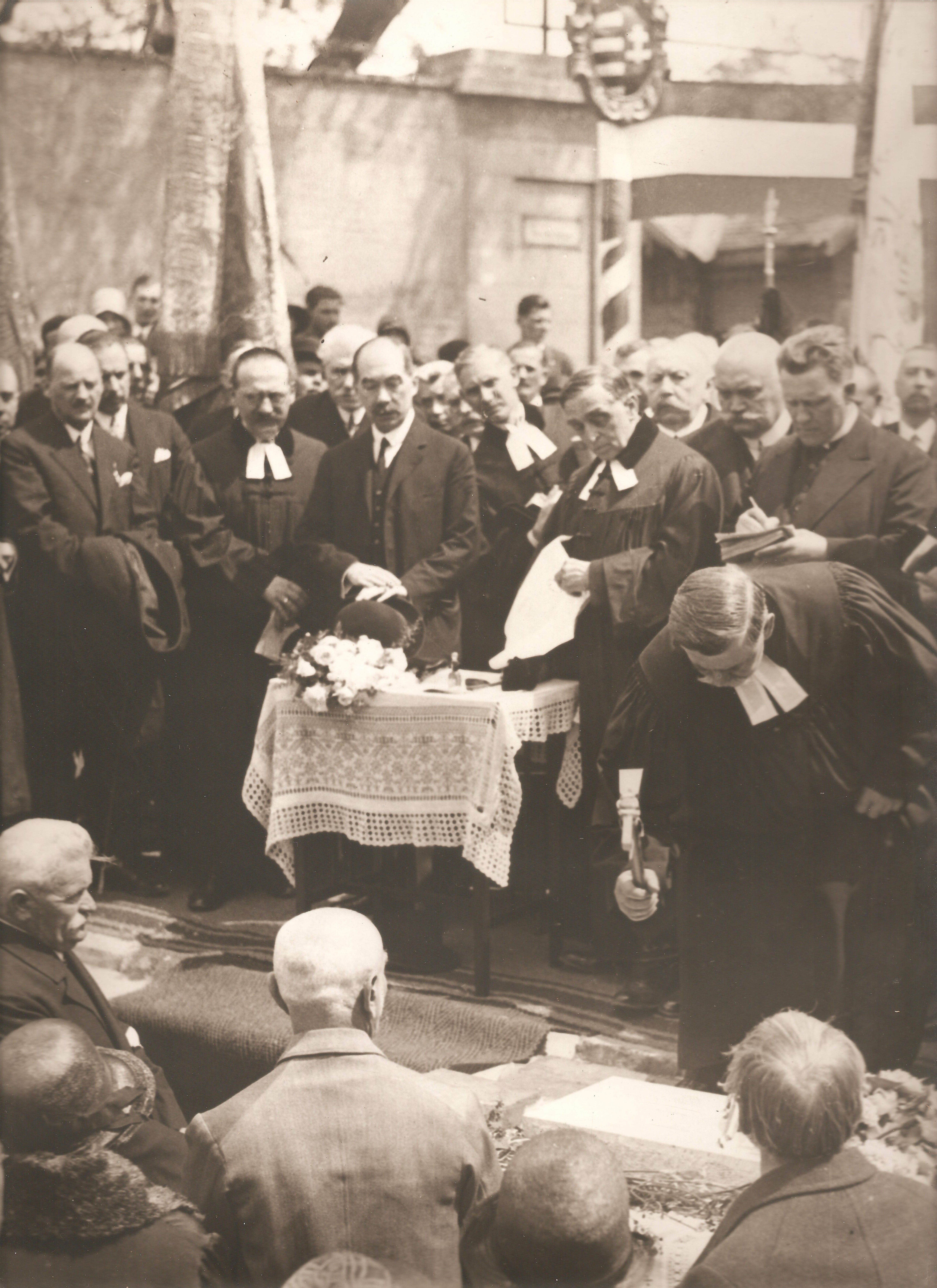 Laying of the foundation stone of the church, 11 May 1930 (Photo: Kőbánya Lutheran Parish) 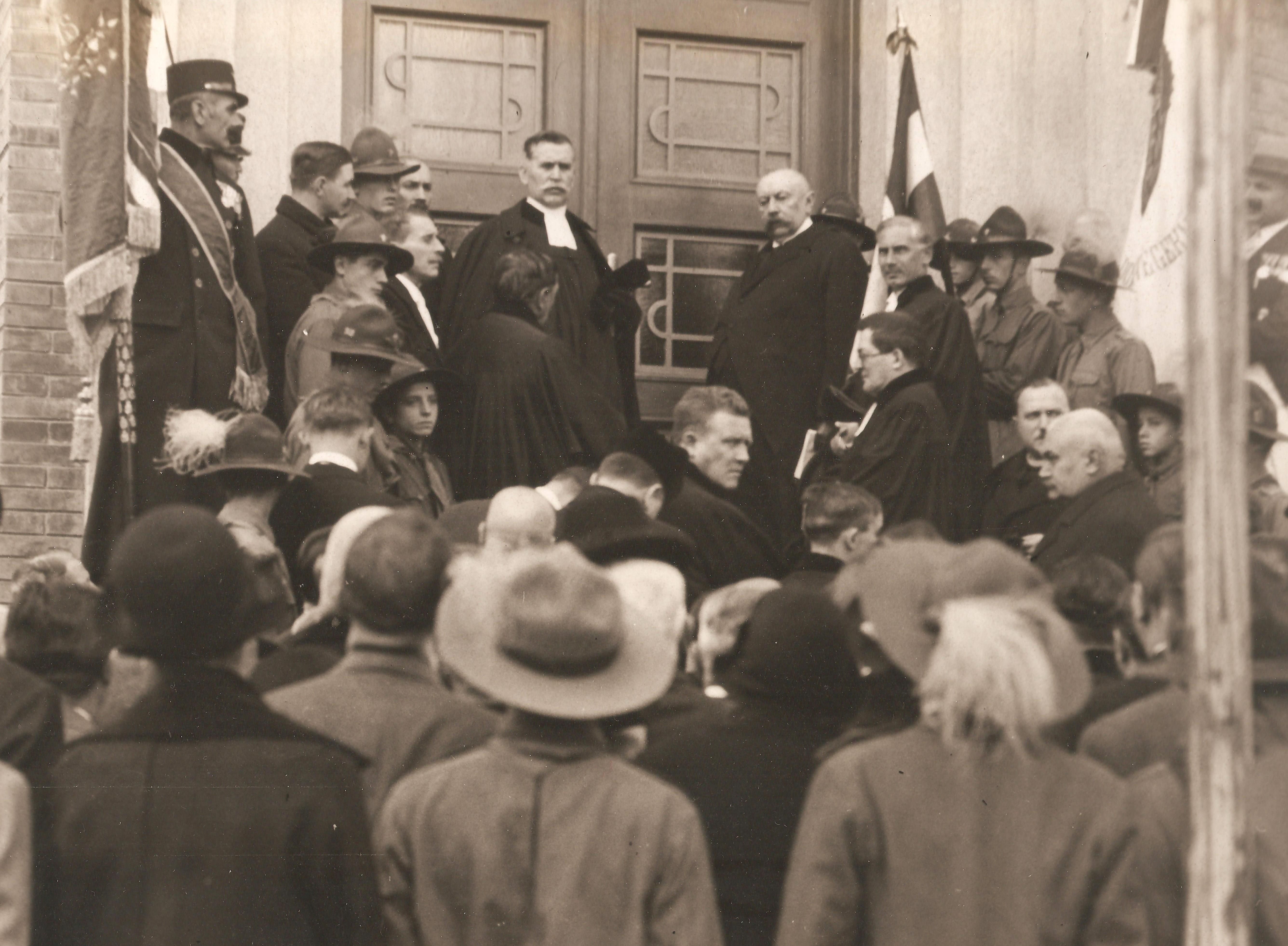 The church was built according to the plans of the architect János Frecska. Its floor plan evokes the world of Baroque sacral buildings with a single nave in a central layout, while in the external design of the building it is best related to the buildings of streamlined art deco in Western Europe. In the external appearance of the church, the red clinker brick is the only dominant material, with this choice the architect adapted to the appearance of the most important churches built in Kőbánya so far - St. László Parish Church, Ihász Street Reformed Church. At the same time it was a material that was often used in Protestant sacred architecture in northern Europe in the 20th century.

The church in Kőbánya is the first Lutheran church in the Hungarian capital to be classified as a part of a modern architectural style. Its circular layout makes it familiar. The building is made of red brick with a type called Rohbau. The assembly hall was located in the basement. The construction was carried out by Dániel Gratz and his son, the equipment was made by carpentry-works of . László Kleckner's widow, the metal-work was done by Lajos Skorka, and the marble and artificial stone work by Sándor Bozsolyák's artificial stone factory. The total cost of building the church and rectory was 200,000 pengos. In place of the altarpiece was a large painted cross for ten years. 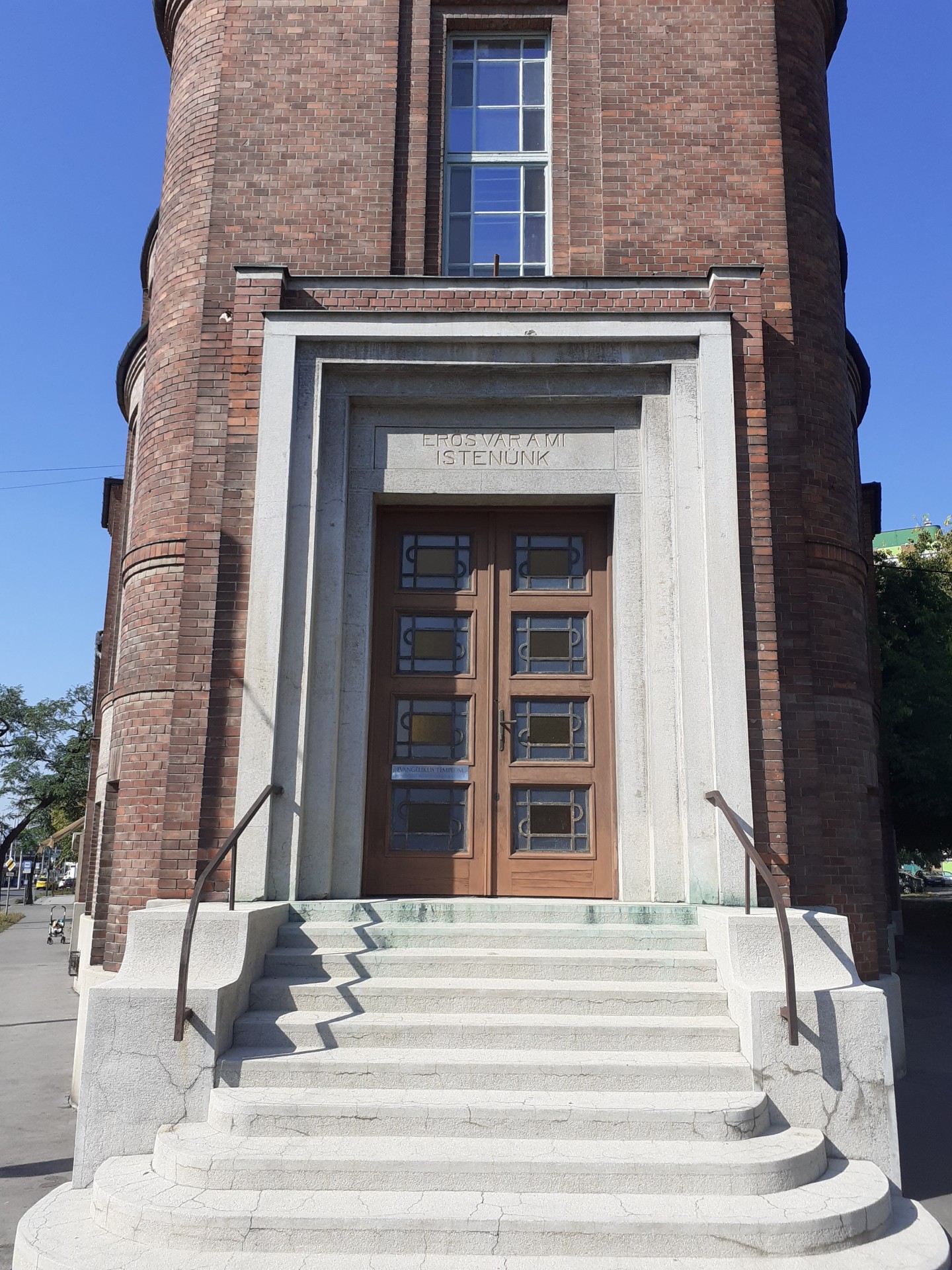 The gate of the church in 2021 (Photo: Máté Millisits / pestbuda.hu)

The Luther bell cast by László Szlezák (1870-1953) was consecrated on 31 October 1933, the 450th year after the birth of the great Reformer. Bottom diameter of the casting: 91 cm. On the mantle of the bell is the inscription below, supplemented by a complex relief consisting of a chalice, a cross, and an eye. The inscription around the ornament is “ERŐS VÁR A MI ISTENÜNK [A MIGHTY FORTRESS IS OUR GOD]”, below the relief: “LUTHER MÁRTON SZÜLETÉSÉNEK 450. ÉVFORDULÓJA EMLÉKÉRE [IN MEMORY OF THE 450TH ANNIVERSARY OF THE BIRTH OF MARTIN LUTHER]”. 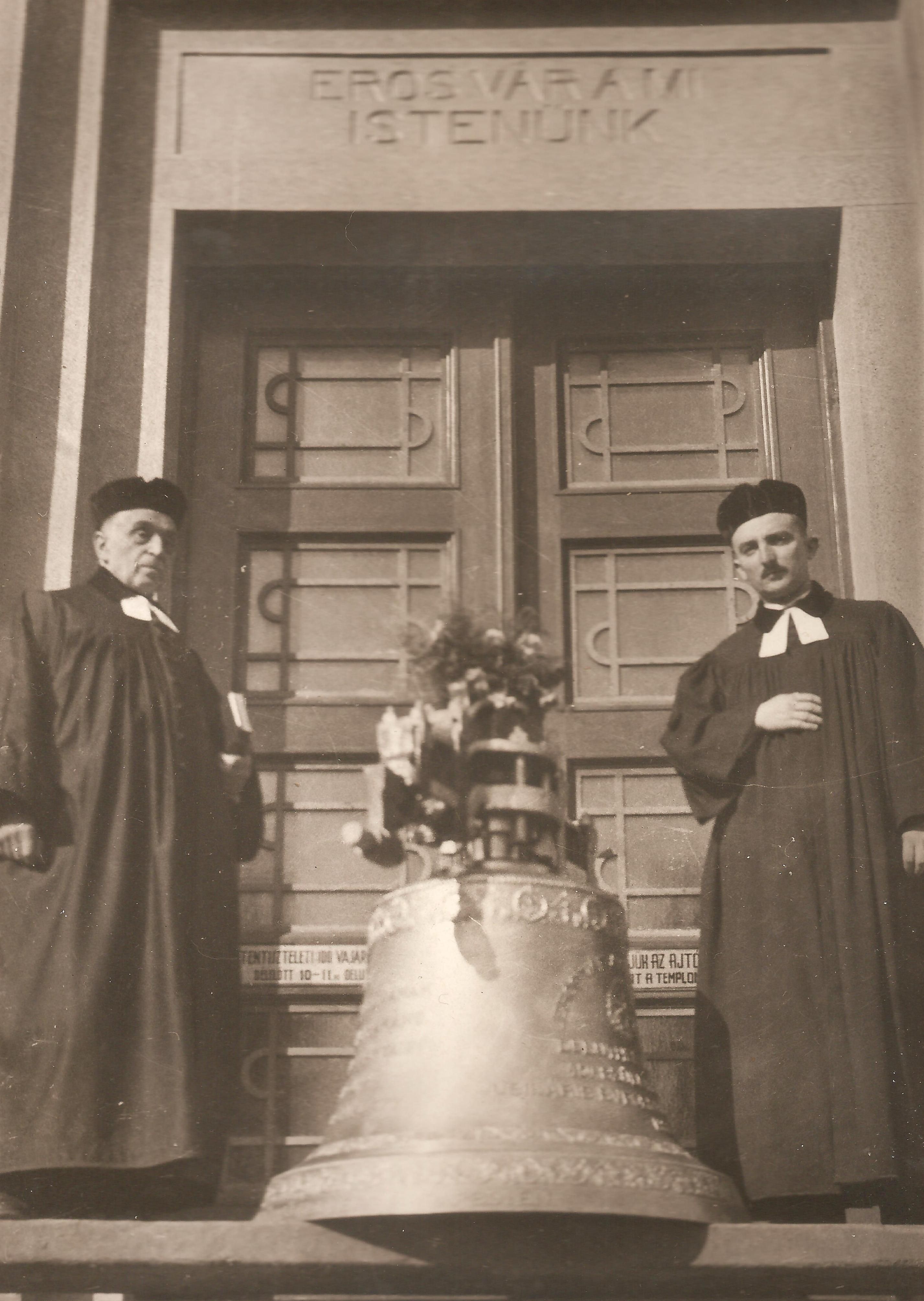 The altarpiece, a copy of the painting Christ on the Cross by the Dutch baroque painter Anthonis van Dyck, was finished in 1941. The churches in Kőbánya and on Péter Vajda Street stood in the strongest siege on New Year's Day 1945, as Soviet army troops tried to break into Budapest from the east and south. Both temples were densely hit with grenades and bullets of cannons. The dome of the church in Kőbánya, the tower and the building of the pastor's dwelling were seriously damaged at that time. The most necessary restoration work was completed within a few years. 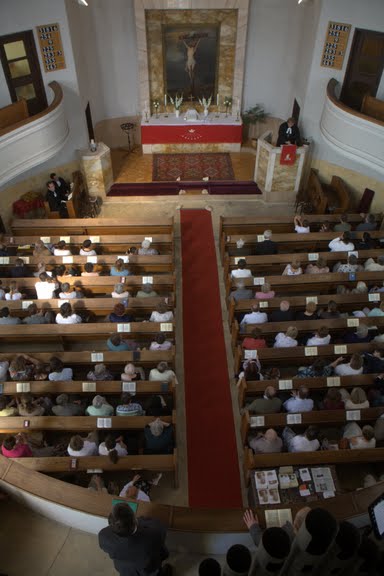 The interior of the church (Photo: kobanya.lutheran.hu)

The complete renovation of the church building and the organ took place in the decades after the change of regime; on 19 October 2002 the organ made in 1961, which was out of order for years for technical reasons, was sounded ceremonially. At the same time as the physical environment was renewed, the spiritual and cultural life of the congregation became richer. The Kőbánya Lutheran Parish has established twinning relationships with several European Lutheran congregations. A highly blessed relationship has developed with the Lutheran parish of Lohja, Finland. The brethren in Northern Europe helped renovate the church hall, so it was named the Lohja Hall as a sign of gratitude.