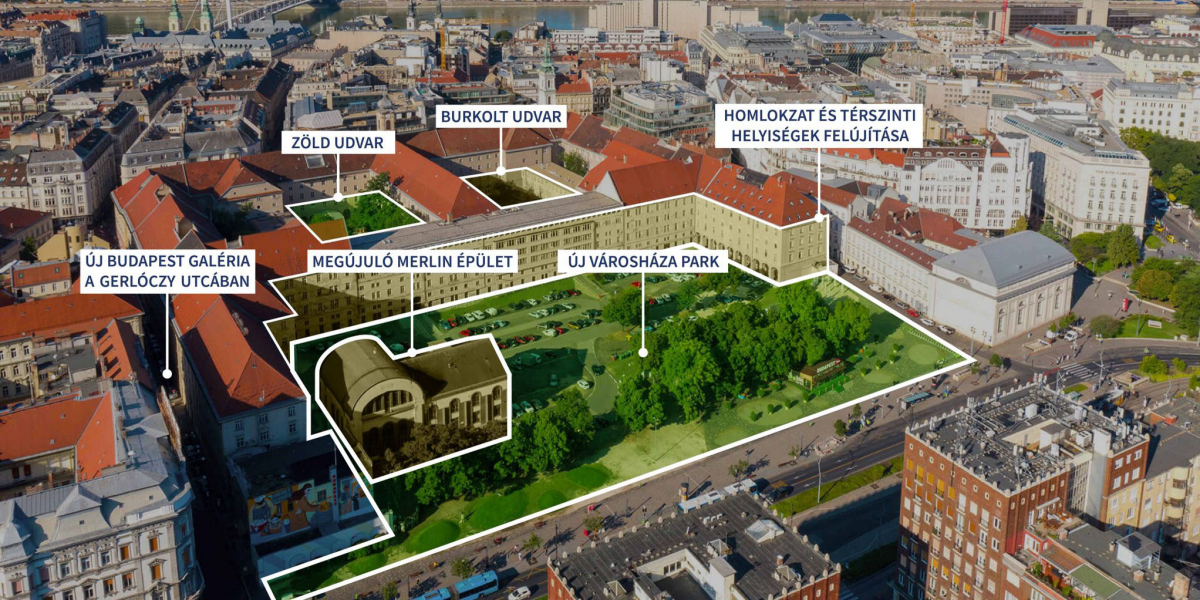 According to the plans, the area currently used for parking will be transformed into a park and opened to the people of Budapest. The renovation of the Town Hall Park may start in 2023, but it is also planned to renovate the rear facade of the Town Hall facing Károly Boulevard.

The local council of Budapest is announcing a design tender for the renewal of the Town Hall Park in the 5th district, and the incoming applications will be judged next spring, Gergely Karácsony and his deputy, Gábor Kerpel-Fronius, have announced.

Gergely Karácsony said: One of the stains in Budapest was the yard used for parking in the building of the Budapest local council, and one of the very important election promises was to return this area to the people of Budapest; work could begin in 2023. The mayor said they envision an open town hall, wanting to open the building for cultural and public purposes. 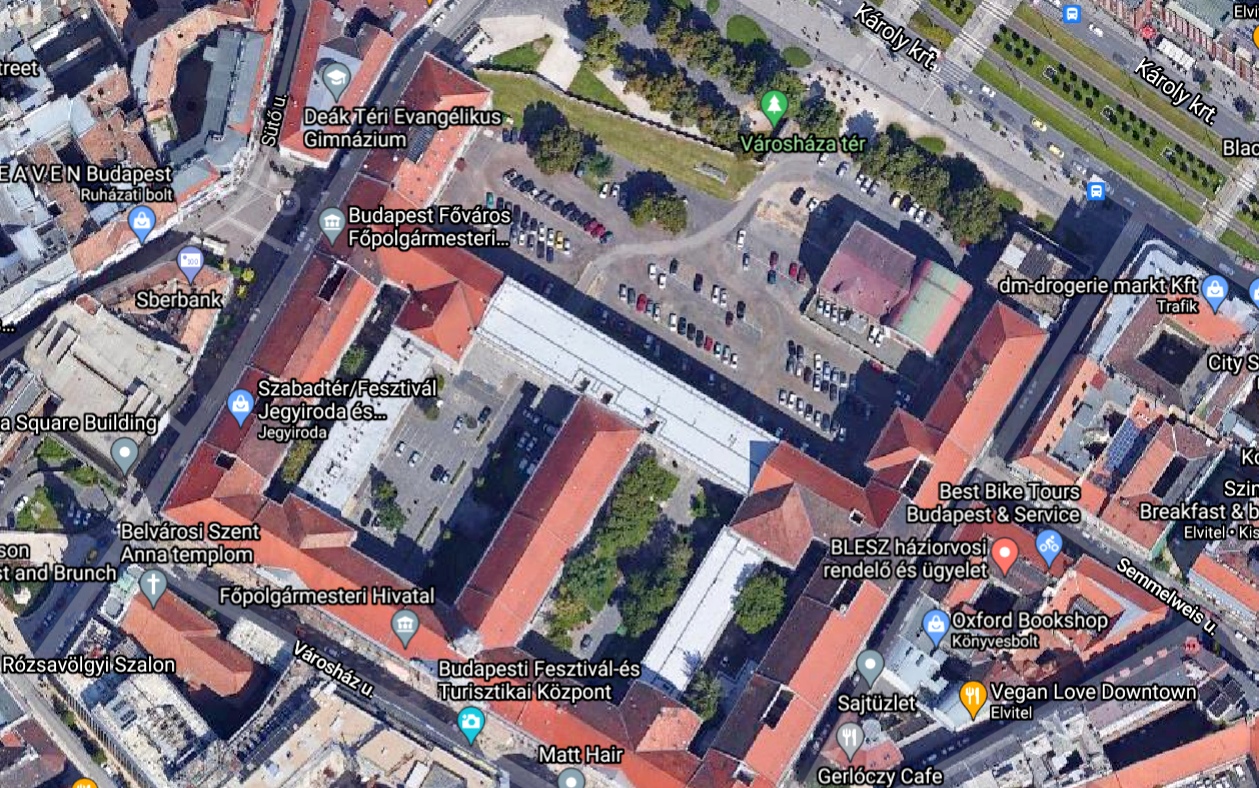 The yard of the building of the Budapest Local Council used for parking will also be converted into a park (Photo: Google maps)

At the same time, the former transformer house on Gerlóczy Street, which used to house the Merlin Theater, and the back facade of the town hall are being renovated. The Budapest Gallery is planned to be located in the Gerlóczy street wing of the town hall. 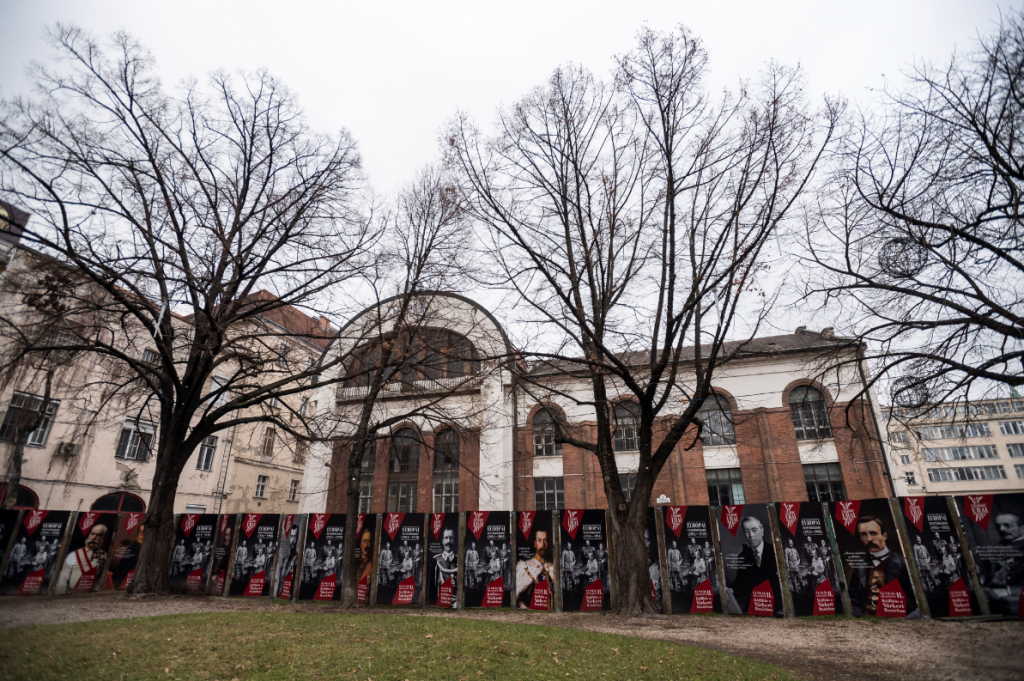 The building of the Merlin Theater on the corner of Gerlóczy Street - Károly Boulevard (Photo: MTI / Márton Mónus)

Gergely Karácsony said that the clear goal of the capital's management is to remain the owner of the building complex. "In this local council cycle, the people of Budapest will be able to get much closer to the building of the local council," he said, adding that they envisage a park in the affected area that they would like to use for as many community purposes as possible.

Gábor Kerpel-Fronius said that the results of the design competition will be announced next April, with a gross of HUF 12 million available for the award and purchase of the works. They want the park to be a home for those who use the area.

In addition to the representatives of the capital, the evaluation committee of the design competition also included representatives of state bodies, professional organizations and the 5th district. Civilians will also be able to apply to the board through a public tender, the deputy mayor said.

Answering a question, Gábor Kerpel-Fronius said that the former building of the Merlin Theater is intended to have a mixed function: a design is planned that is also suitable for conferences, community activities and cultural events.

According to the website varoshazapark.budapest.hu, the design competition will be announced on 24 November, and applications can be submitted until 21 March, 2022. The announcement of results will be on 29 April, 2022. 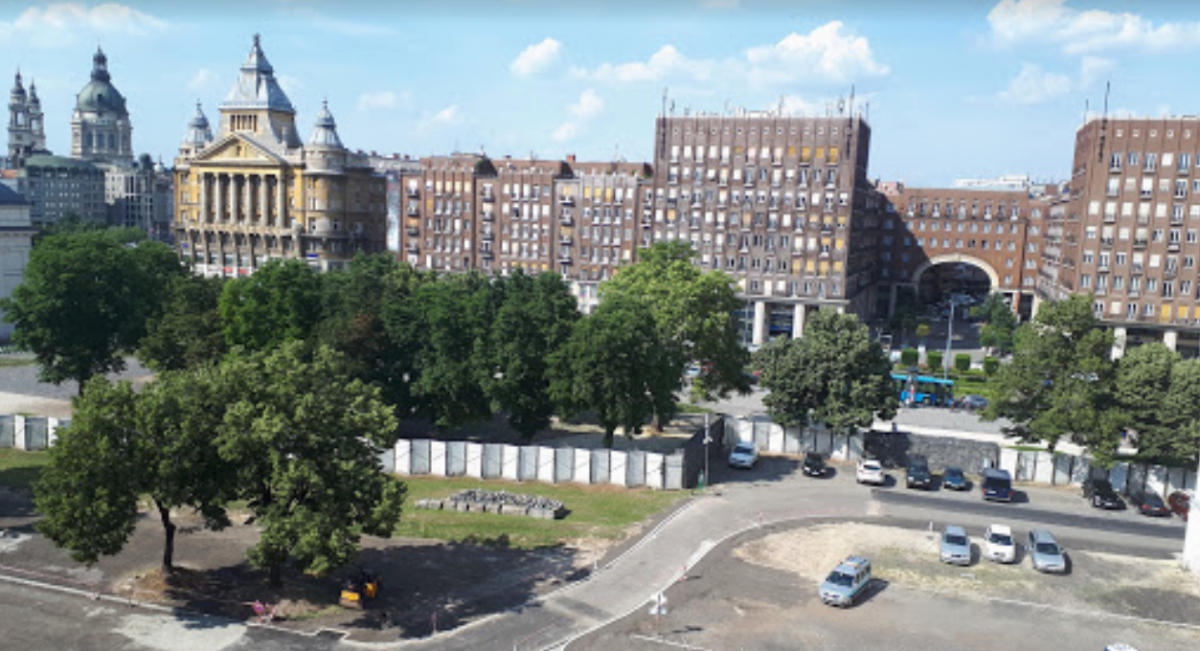 The park is from the Town Hall building, with St. Stephen's Basilica, the Anker Palace and the Madách Houses in the background (Source: Google maps)

At the press conference, Gergely Karácsony was asked about the press reports that the town hall building would be sold. The mayor said that the capital local council had not entered into an agreement with anyone because  they had no such intention. He recalled: they had filed a complaint.