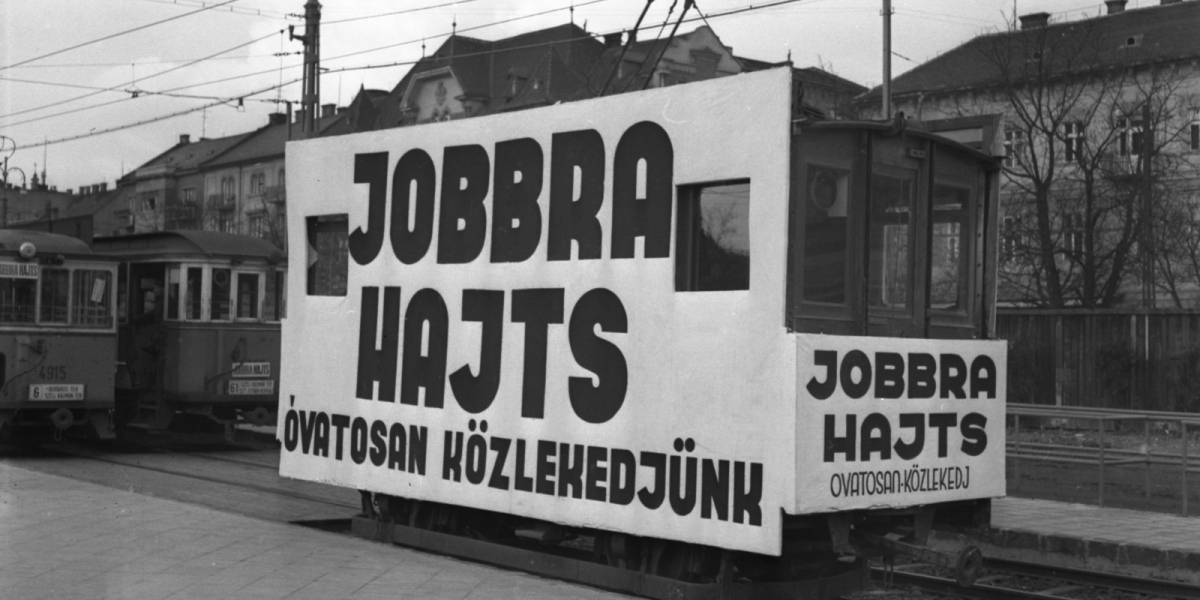 Until the French emperor Bonaparte Napoleon, everyone on the European continent travelled generally on the left. We do not really know the exact reason for this, according to the accepted theory, people were travelling on the left because their right hand - with which they pulled a gun if necessary - was facing the oncoming traffic, and the riders wearing swords were also wearing it on their left, and they pulled it out with their right hand, for which the traffic on the left was more comfortable.

The spread of right-hand traffic was also helped by the fact that the large compartments towed by 4-8 horses were steered while sitting on the left rear horse to keep their right hand free, and in this case, right-hand traffic was ideal. Napoleon eventually enacted right-wing traffic, partly for military reasons, and it was spread across the continent by his conquering troops. In the spirit of secession from the motherland, the British, right-hand traffic has been in place in the United States from the beginning. 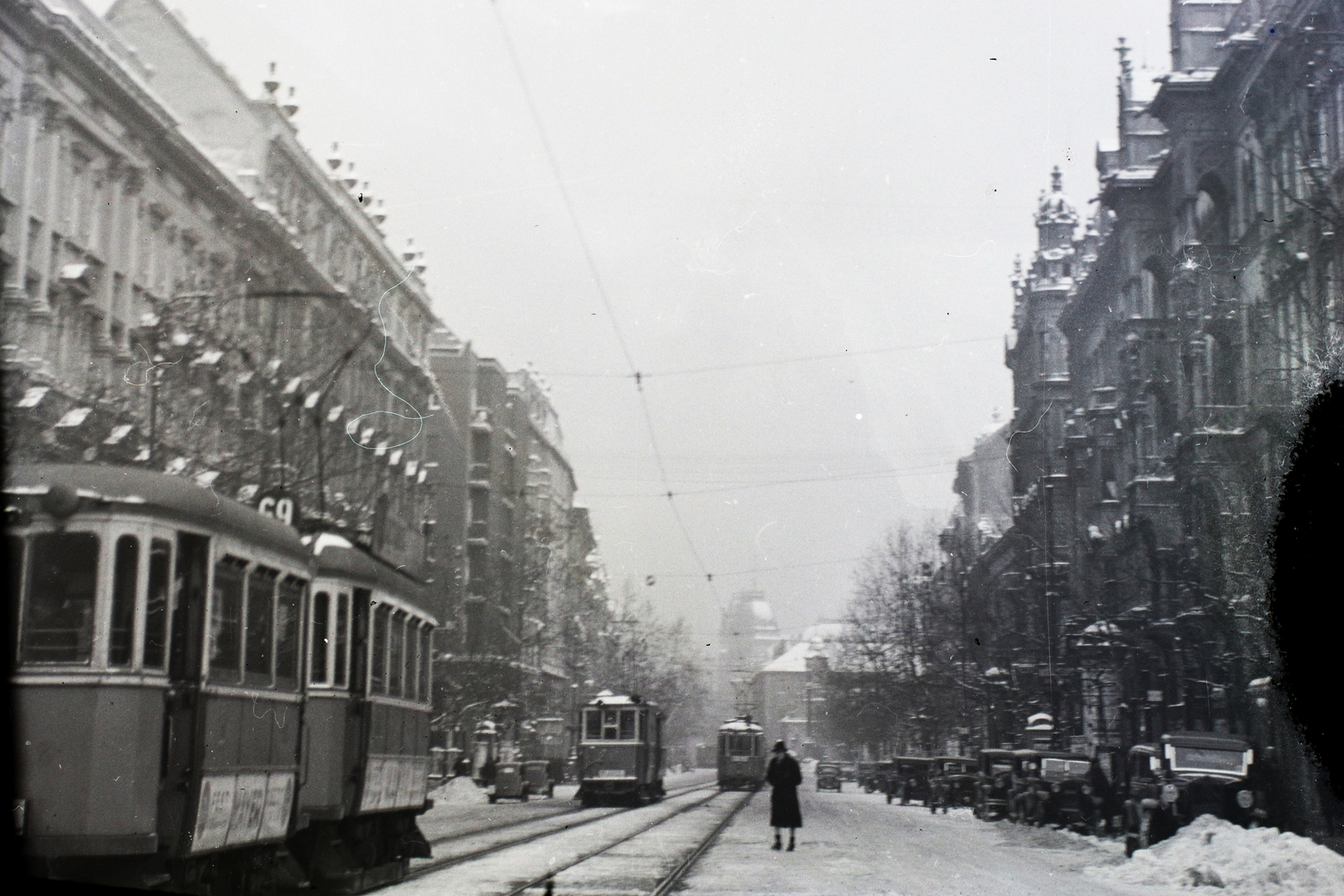 Left-hand traffic on Rákóczi Road from Astoria in the direction of today's Blaha Lujza Square, at EMKÉ in 1940 (Photo: Fortepan / No. 94347)

In any case, from the beginning of the 19th century, right-hand traffic began to spread, and even in 1927, the League of Nations' Committee on Roads declared its support for right-hand traffic in Europe. It is not surprising, then, that by the middle of the 20th century, only a few renitent countries remained on the left side of the road in Europe, Britain, Ireland, Sweden and Hungary.

Hungarian left-hand traffic was becoming more and more of a problem in the 1930s, as motorists had to switch to the other side when arriving to Hungary, especially after the Anschluss of 1938, when Austria became part of the German Empire. This also had disadvantages that major international routes tended to avoid the country.

However, there was also a less peaceful reason for the transition. In the spring of 1941, Hungary let the German troops pass to Yugoslavia, and the German soldiers accustomed to the right side caused a serious disruption in domestic traffic. Year of the change: From July to November 1941, in the shaded area, ie Budapest and its surroundings, one had to drive on the left and outside of it, on the right (Source: A Kerék [The Wheel], 1 September 1941).

The change took place on 6 July 1941, but only outside Budapest. In the capital and its surroundings, they only switched to the right-hand traffic on 9 November, until then, when leaving the area around the city, people had to go to the other side at one point. The reason for the two-stage change was the slightly more complicated system of transport in Budapest, as in Budapest this did not only mean that motorists had to drive on the other side. The 8 Órai Ujság wrote on 30 May 1941 about the problems of public transport:

"The biggest problem is in case of right-hand driving is the conversion of­ tram and bus traffic.

That is why the management of Beszkárt has been running test drives every night for a long time, following the routes travelling on the right and using the experience gained to solve the problems. Experience to date has shown that instead of relocating safety islands, it is likely that only the lights of the ­ islands will be relocated and trams will stop at the safety islands beyond the intersection.

Switching to the right in bus traffic also causes some problems. At this time, the situation is that the doors to board and get off the bus are on the left side of the bus, which cannot be maintained in the right-hand traffic order. ”

During the preparations, signs had already been placed according to the new regulations, but they were covered and, where possible, the old permanent signs were dismantled and replaced with a temporary solution so that they could be replaced quickly overnight, as it then happened at night on 8 November, Saturday before the morning of November 9, Sunday. The radio had been drawing attention to the big change several times a day since Thursday, 6 November. 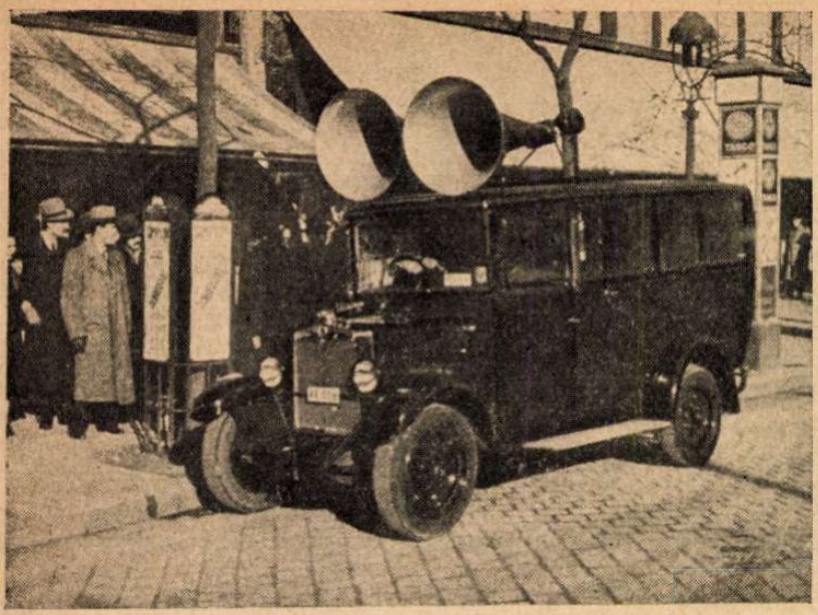 A police announcement car warned the public about the change (Photo: A Kerék, 1 November 1941)

The switchover cost the capital 12 million pengos, even if traffic remained on the left side at the HÉVs and the Underground due to cost cuts. The Gödöllő HÉV still operates on the left, for the Kisföldalatti the change to the right took place only in 1973. Even so, a total of 601 tram stops had to be relocated and 584 had to be converted. The biggest reconstruction was needed in Baross Square.

The public was also warned with advertisements, posters and announcement cars, and huge red signs were installed at the front of taxis, trams and buses, and 1,600 police officers were on duty that day.

The first day of right-hand traffic fell on a Sunday. Taxis and buses did not run that day, trams ran more slowly and cautiously, and the management of Beszkárt accepted delays rather than accidents. There were police officers and loudspeaker police vehicles at the major intersections, yet accidents occurred, the first in front of the Vígszinház, a 70-year-old lawyer was hit by the tram. 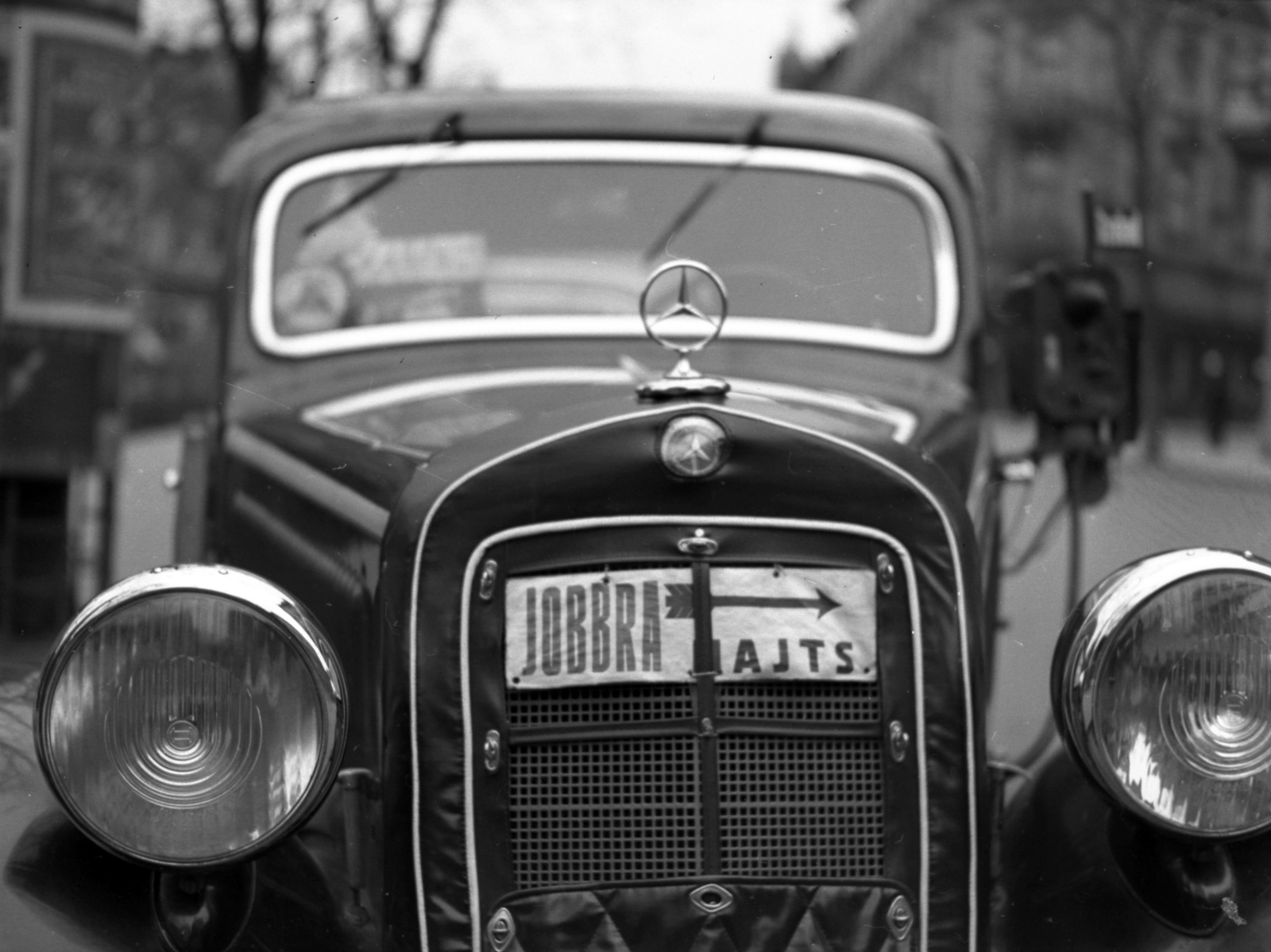 Sunday, 9 November, however, passed without major disruptions, but on Monday, on the 10th, there were already problems. As the papers described the situation: everyone left for work at least a quarter of an hour earlier, yet everyone was late.

The traffic normalized in the next few days and over the last 80 years it has become natural for everyone to drive on the right.

On the continent, right-hand traffic was last introduced in Sweden in 1967. During the preparations, the Swedes also asked for Hungary's experience, as we had the last such changeover.