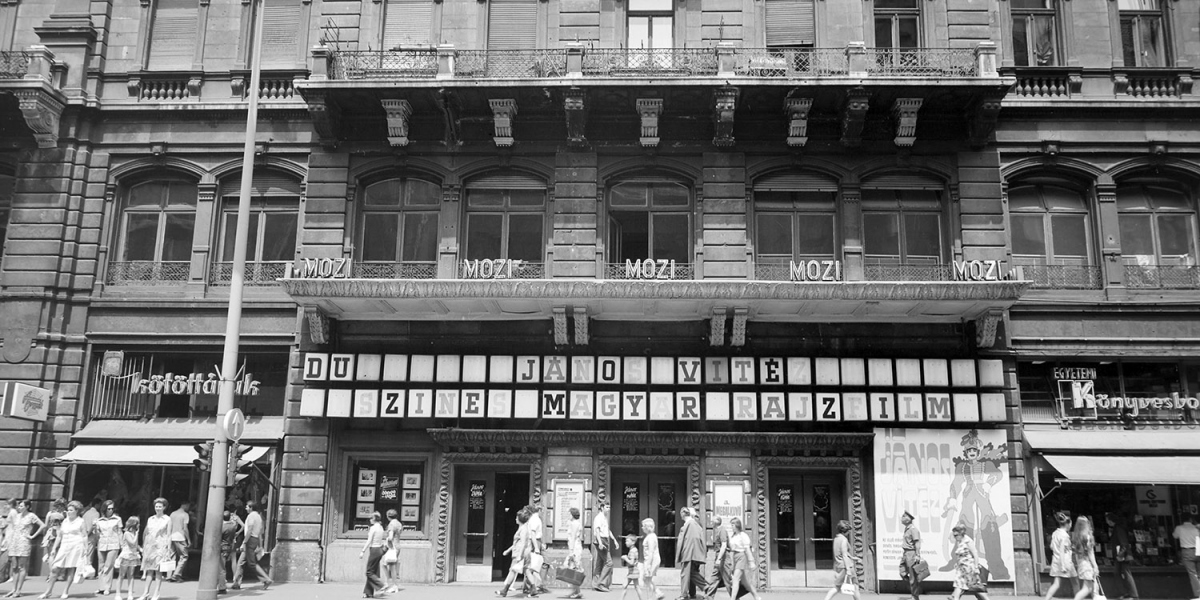 The Fórum film theatre, the forerunner of Puskin cinema, opened 95 years ago

The building, which houses the Puskin Cinema and was built in 1895 according to the plans of Czigler Győző, has had a cinema in it since 1926, before which the Magyar Világ Café was located on the ground floor of the building. An audio film was first screened in Hungary at the former Fórum film theatre in 1929, although this was almost thwarted by a patent lawsuit.

The cinema was also popular in Hungary at the beginning of the 20th century. In Kossuth Lajos Street, on the ground floor of a four-storey house built according to the plans of Győző Czigler in 1895, the former most elegant cinema in Budapest, the Forum Film Theatre, was opened in 1926 on the ground floor of a former café. The opening was a huge social event, attended by everyone who “mattered”. The Uj Nemzedék wrote on 25 November 1926:

“A few months ago, a feverish construction started in one of the busiest and most beautiful places in Budapest, Kossuth Lajos Street. After months of work on the site of the old Magyar Világ Café, the film theatre, called Fórum, has now been completed. The film theatre was opened to the general public at half past eight last night. Already seven hours before, a large crowd stood in front of the oak gate of the Fórum Film Theatre. The banners of the theatre projected the name Fórum with blood red lights into a foggy winter evening. The most elegant cars rolled smoothly to the entrance and ladies in evening dresses and gentlemen in tail-coats got out of them one after the other. ” 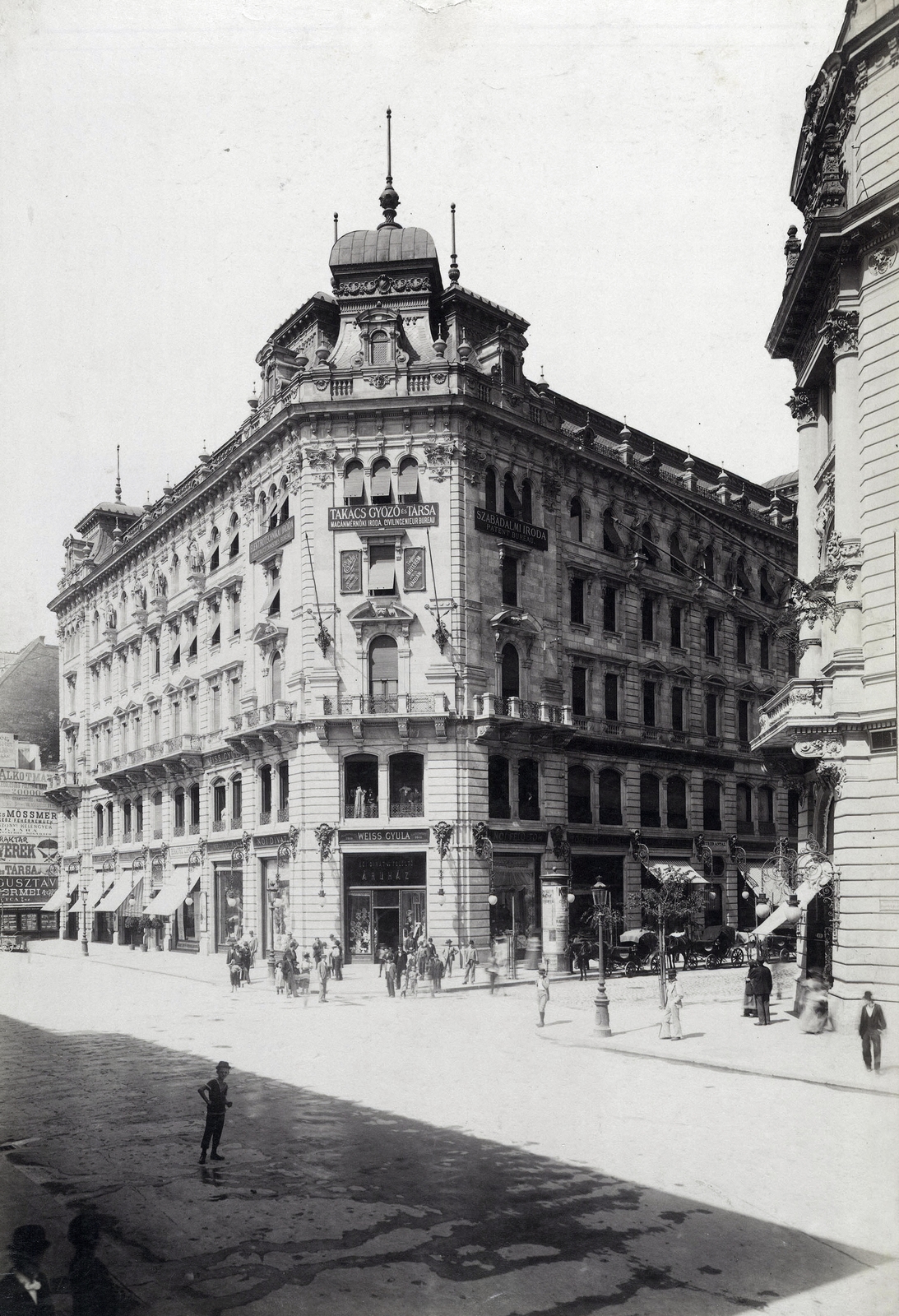 The curious crowd had to be monitored by police. The distinguished guests were received by the retired Secretary of State, Kálmán Pantl, the licensee of the cinema (the owner of the right to operate it). 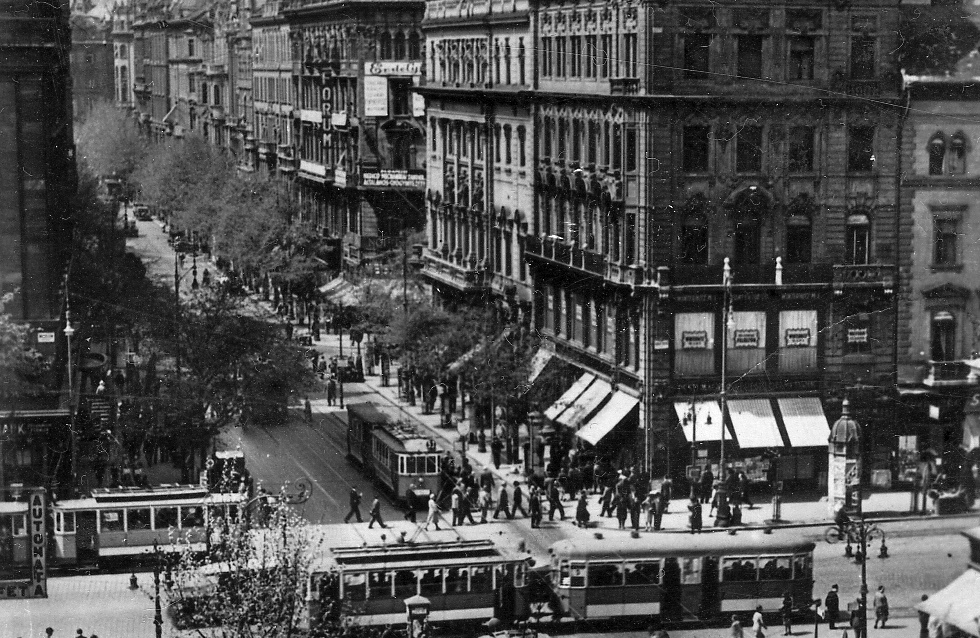 The cinema itself was founded by Jenő Deák, who has been working in the film industry since 1912. The plans for the cinema were made by Béla Jánszky and Tibor Szivessy. The cinema was luxurious, decorated with sculptures by Sándor Kristián and Oszkár Varga and chandeliers by Jenő Grünberger. 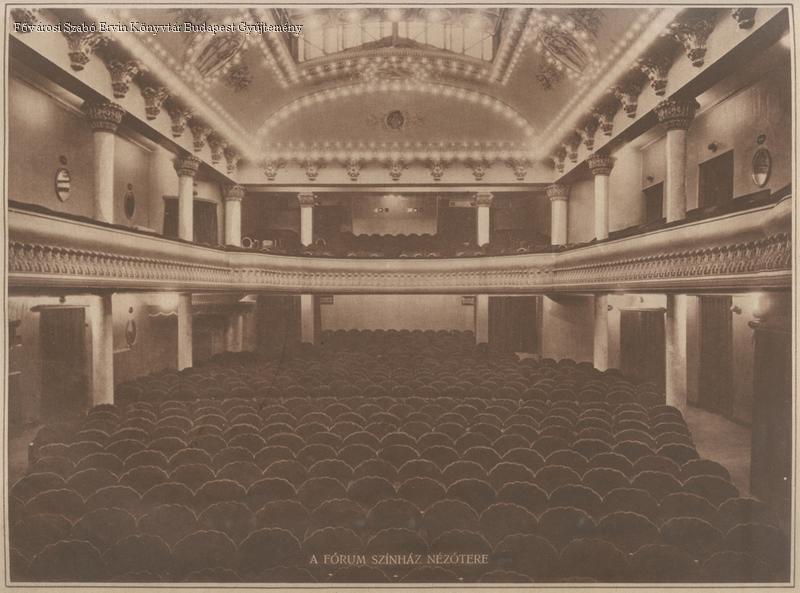 The auditorium of the Fórum Film Theatre in a photo published in the 11 September1927 issue of the Pesti Napló (Photo: FSZEK Budapest Collection) 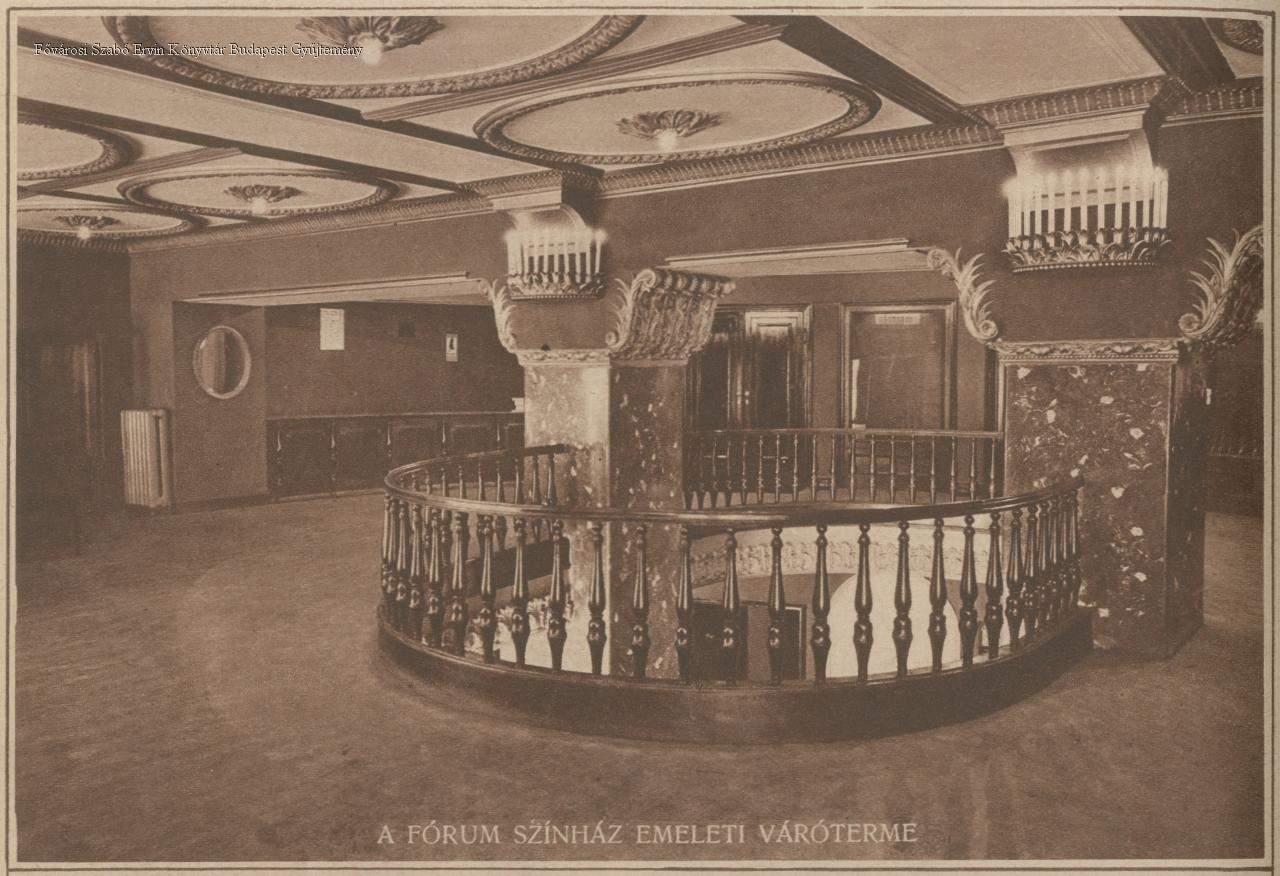 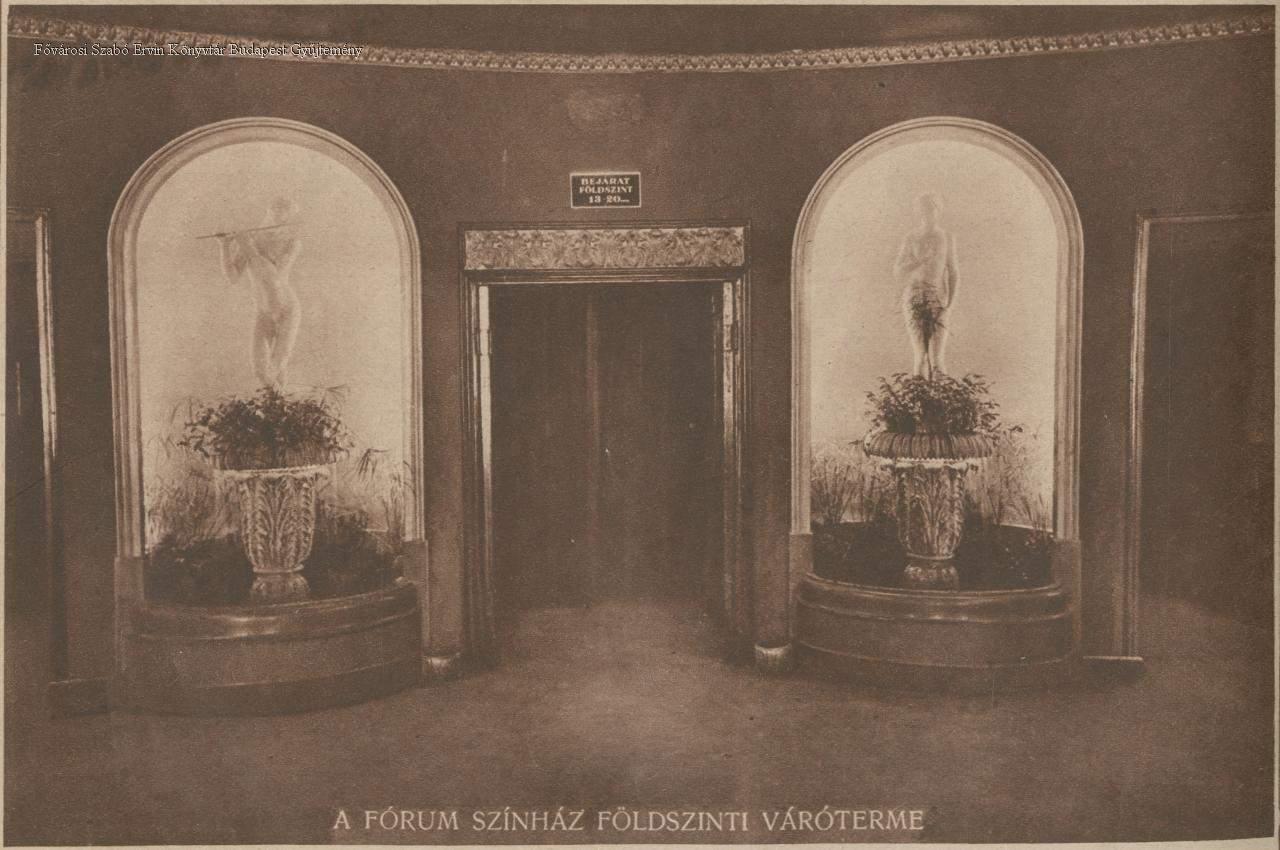 The waiting room on the ground floor with the sculptures (Photo: FSZEK Budapest Collection)

The design of the cinema was not an easy task, as it was on the ground floor of an apartment building. In order to create a huge auditorium for 650 people, the existing retaining walls had to be replaced with iron traverses. Of course, the audience didn't notice anything about this, as the end result was an interior full of marble and gold. Regarding the lodges, the article already quoted noted that "they are made with the utmost comfort." The opening was also large-scale, its program is presented in the article as follows:

“The voices of the National Credo [Hiszekegy in  Hungarian] were exalted, and then the the first class artistic orchestra of the Fórum Film Theatre intonated the Anthem, led by Adolf Szikla, retired Opera House conductor. After the Hungarian and foreign newscasts, a comedy called Josette kisasszony, a feleségem [Miss Josette, my wife] was played, in which Ágnes Eszterházy, Livio Pavarelli and Dolly Davies played the main roles. The long-awaited Thief of Baghdad was then introduced. ”

The Thief of Baghdad was no longer a new film, as it was shown in America in 1924, but the Budapest audience was still enchanted in 1926 by a silent film starring Douglas Fairbanks. 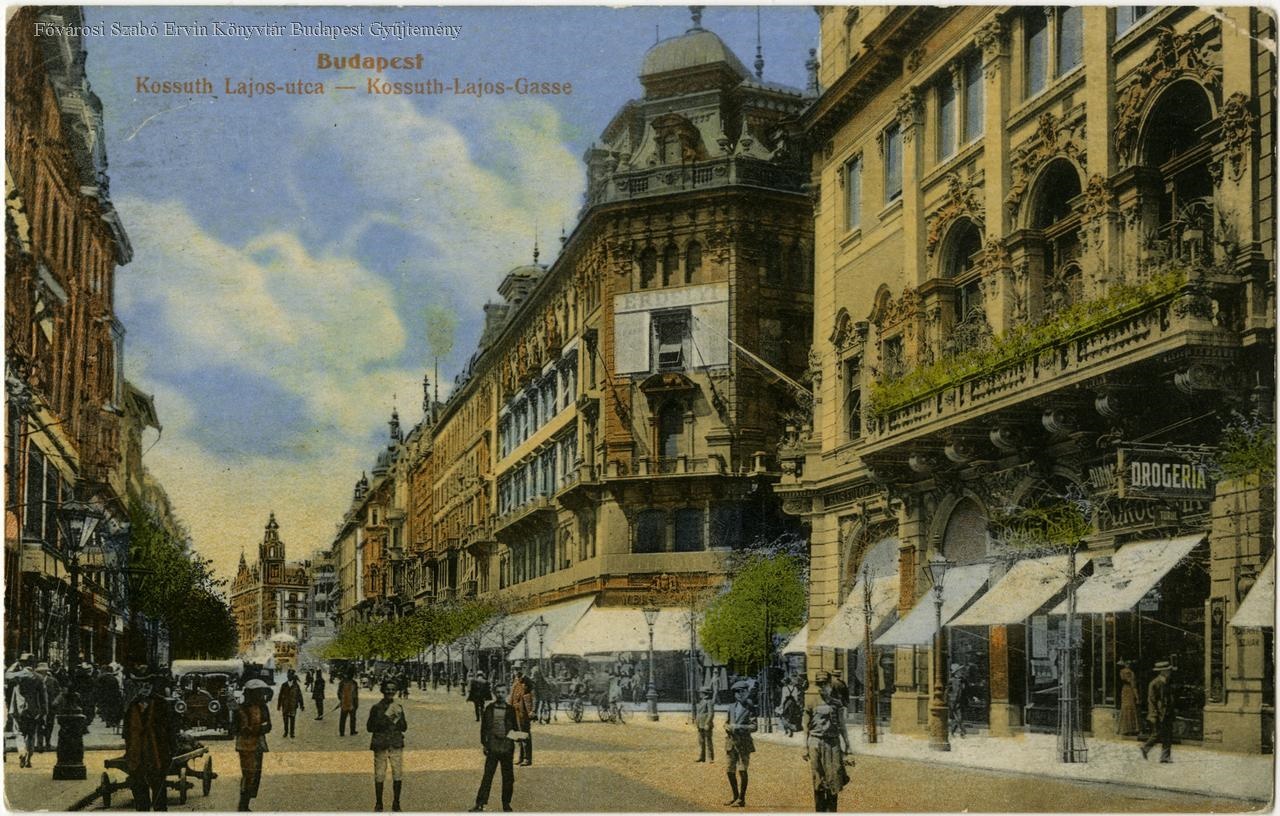 As a café, on the postcard from the beginning of the 20th century (Photo: FSZEK Budapest Collection)

Since the films were still silent at the time — they could not yet play the sound and image together at a precise time — there was a musical accompaniment during them. Not machine music, not a simple piano, but a regular band. The management of the Fórum had informed the public days before the opening that they had managed to reach an agreement with Adolf Szikla, the retired conductor of the Opera House. Szikla took over the leadership of the band on the condition that top musicians be hired.

However, the cinema was closed at the end of the season because of a number of minor deficiencies in its operation. They rebuilt, enlarged the wardrobe, improved traffic for spectators, and built windbreaks at the entrance. After the summer reconstruction, the cinema, which was made more comfortable, opened its doors with a big publicity similar to the one a year earlier. 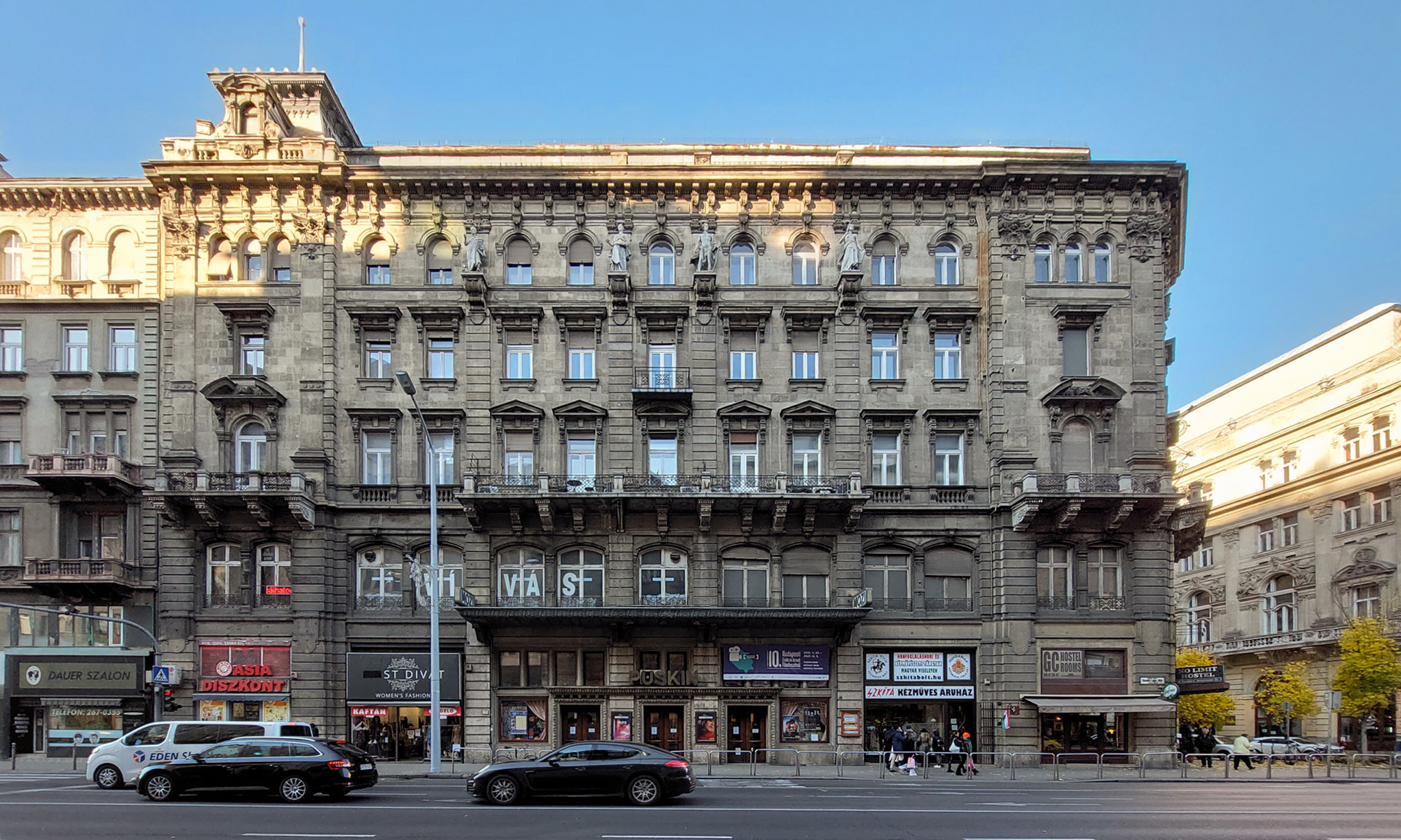 The building that houses Puskin Cinema, built according to the plans of Győző Czigler in 1895, as it is today (Photo: Balázs Both / pestbuda.hu)

Two years later, the Fórum made an even bigger sensation, namely the sound film. This was the first cinema in Hungary where the film had sound. True, this was preceded by a minor legal fuss. The Fórum bought an American Western Electric appliance, but the manufacturer was sued internationally by German Siemens-Halske for claiming that the U.S. company used parts patented by the German company without Siemens-Halske's permission. The lawsuit was also started in Hungary by Siemens-Halske, so the American equipment bought for 80,000 pengos was seized by the Hungarian authorities on 10 September 1929, thus endangering the first sound film screening, where they wanted to present the film Singing Fool.

A quick decision was made in the case, as the newspaper Magyarország wrote on Wednesday, 18 September 1929:

“A sensational decision was made at noon today in the sound film fight, which has been going on for weeks now. At the central district court in Budapest, where the case went after appeal, today at noon judge Cukor released the Singing Fool from arrest. The film is going to be screened by the Fórum Theatre on Friday. The court ordered the First National, the representative of Western National in Budapest, to pay a security deposit of 10,000 pengos in the dismissal order­, which, of course, took note of this judgement. The Fórum and First are now preparing for the premiere of Friday, which will be not only a big film technology event, but also a very interesting social event, because the best of Hungarian society has been invited to the rehearsal. ”

The cinema underwent several changes of ownership in the 1930s, and ownership was affected by restrictions under Jewish law, so it became Italian after 1941 and Italian films were shown in the cinema until 1944. 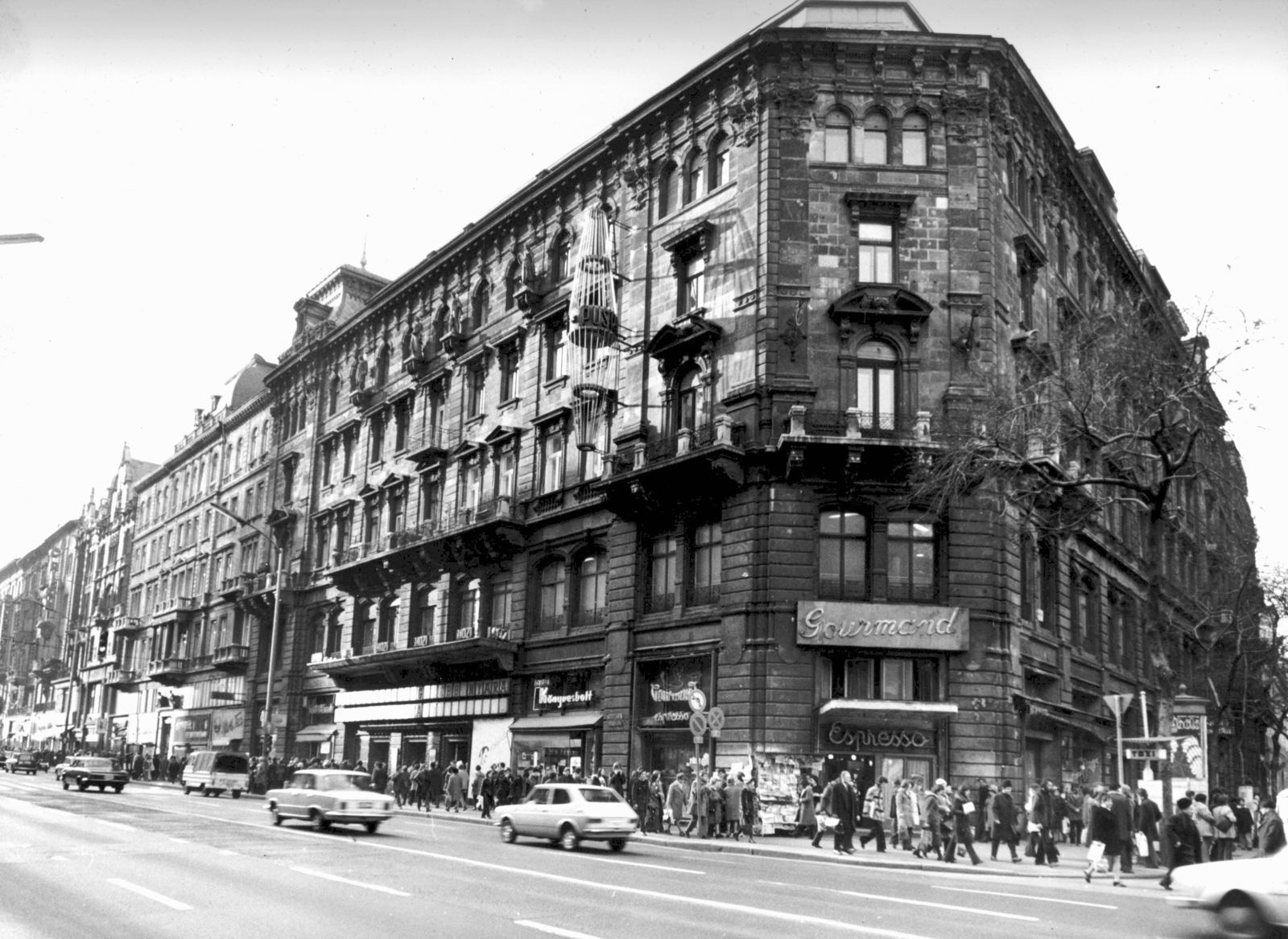 After the war, cinemas in Budapest were divided among the parties, and the Fórum became the property of the Smallholders' Party, until it was nationalized, and then its name was changed to Puskin by the Budapest Socialist Council. 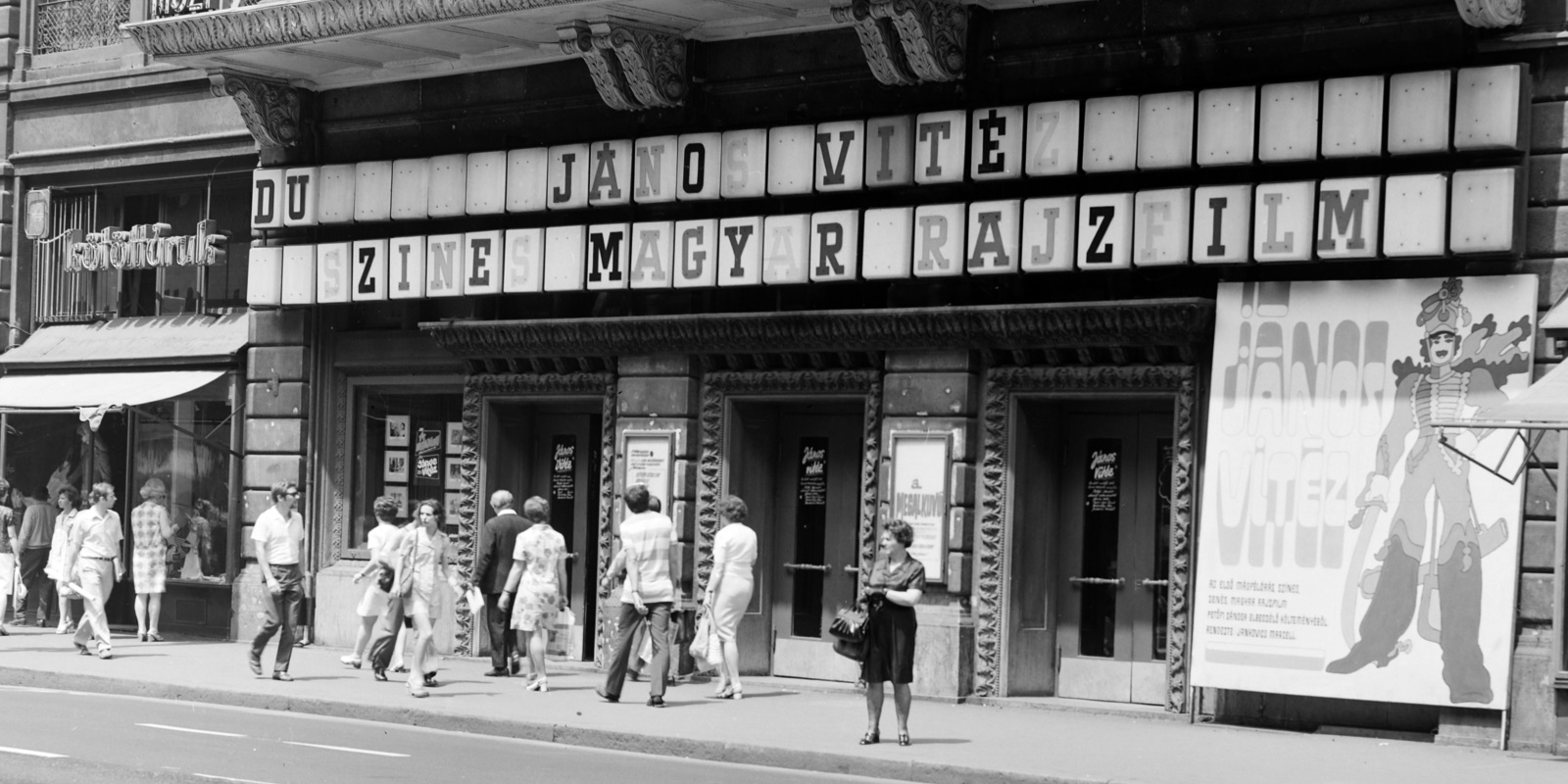 As Puskin cinema, it became one of the many cinemas in Budapest. Fortunately, the cinema survived the process when the market of cinemas in Budapest changed drastically with the appearance of the shopping centres in the late 1990s. The cinema was completely remodelled in 1998, replacing the previously one-room 623-seat lodge with three auditoriums, while the central hall regained its old glory and was voted the 10th most beautiful cinema in the world by Time Out magazine this spring. Since then, the cinema has been given two new, smaller rooms, so today it has five rooms. 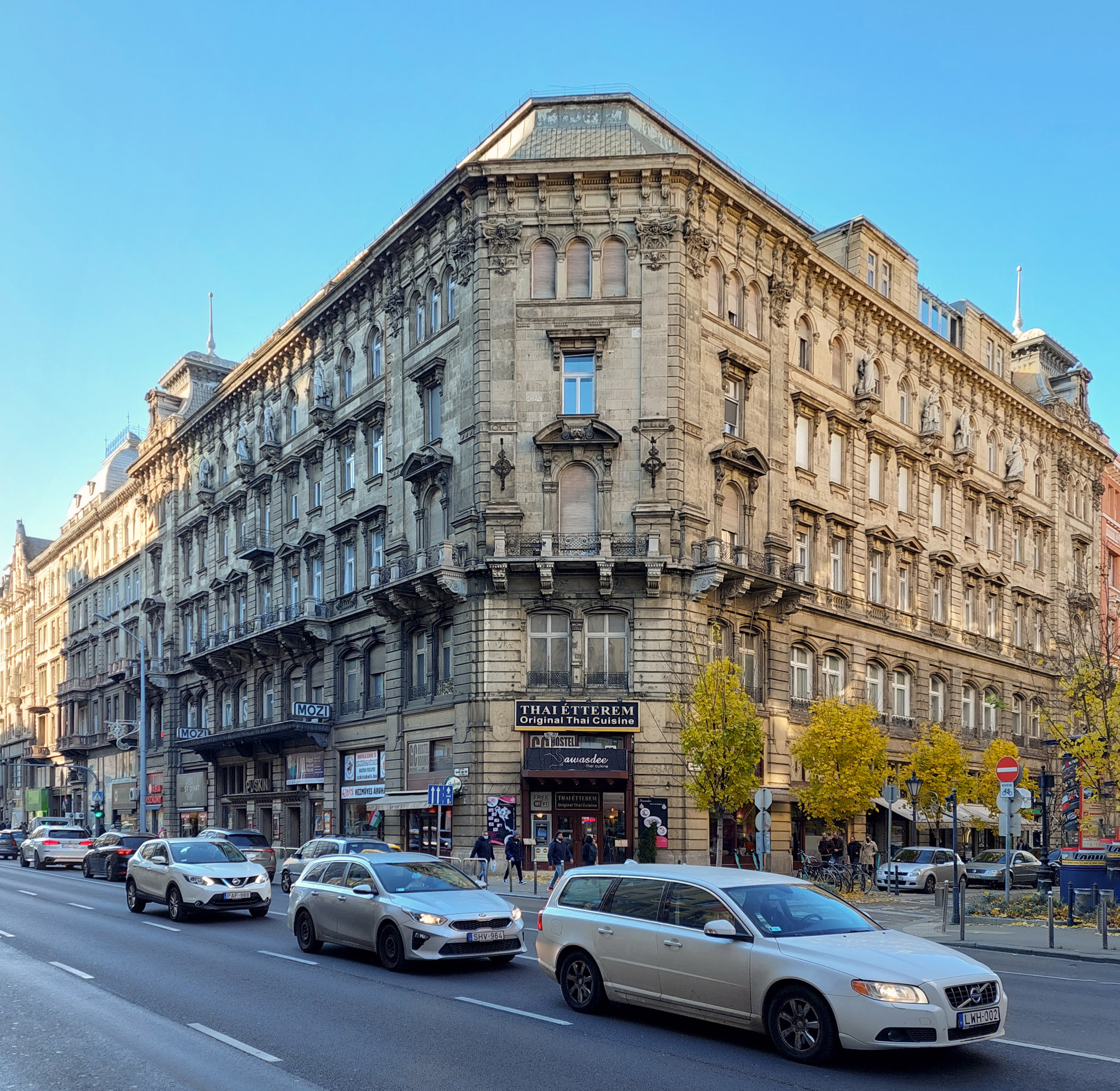