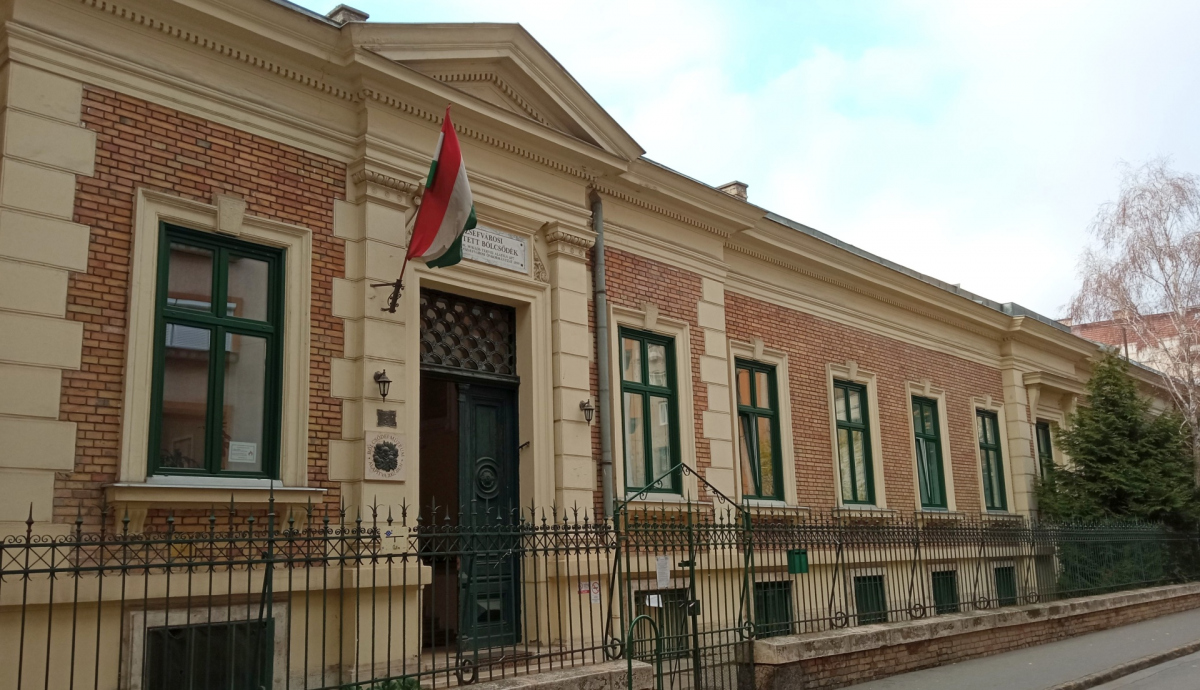 The most beautiful nursery in Pest was designed by Miklós Ybl 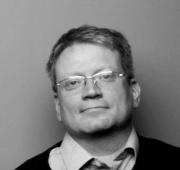 At the corner of the Nagy templom and Nap Street in Józsefváros is a beautiful house made in the Neo-Renaissance style. It is already important because of its designer, Miklós Ybl, but the client, the First Pest Nursery Association, also makes the building - still operating in education - special.

Nurseries as independent institutions appeared in Europe in the 1840s . First in Paris, then in Brussels (1846) and Copenhagen (1849), care began to be given to babies who could not be admitted to kindergartens, which were also a novelty. The example was soon followed in German territory, for example, by 1852 there were already 8 nurseries in the Austrian provinces. The Hungarian press first wrote in 1845 that the care of babies with both parents working and no older siblings or relatives to take care of the little ones was a big problem in the western cities.

In April 1852, the first Hungarian institute to help the poorer working families was opened in the house at today's 1 Irányi Street. The founders were important figures in the history of childcare and upbringing in Hungary: Károly Tormay, Chief Medical Officer of Pest, István Majer, then Archbishop of Esztergom, Director of Pest Elementary Schools, Antal Rozmarinth, City Councillor and Countess Júlia Forrayné Brunszvik (niece of Teréz Brunszvik). An association was already established in 1853 so that the supporters could take care of the financial background of the nursery. Almost every major aristocratic family was represented in the First Pest Nursery Association, but a much larger number of citizens joined the initiative. 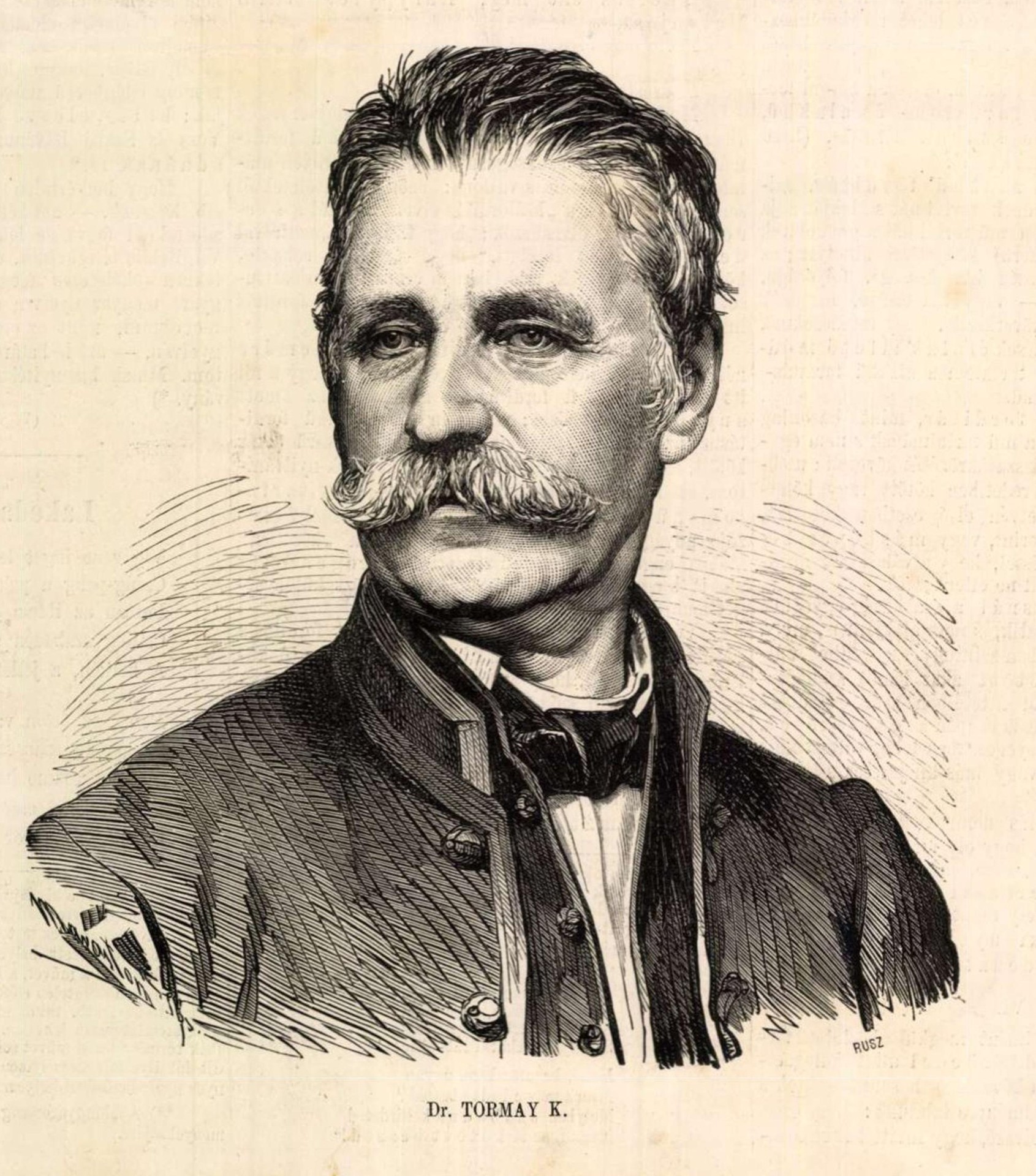 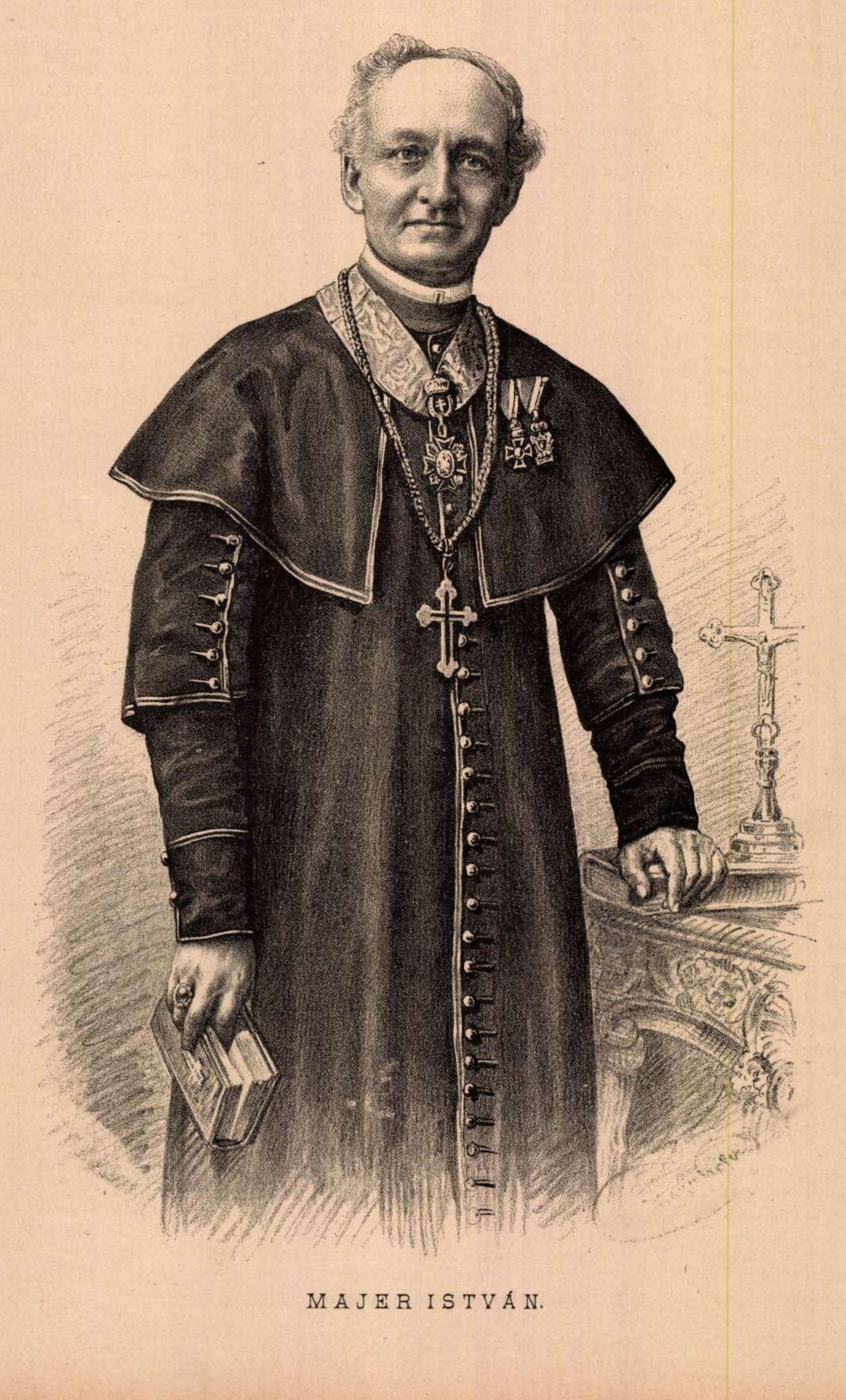 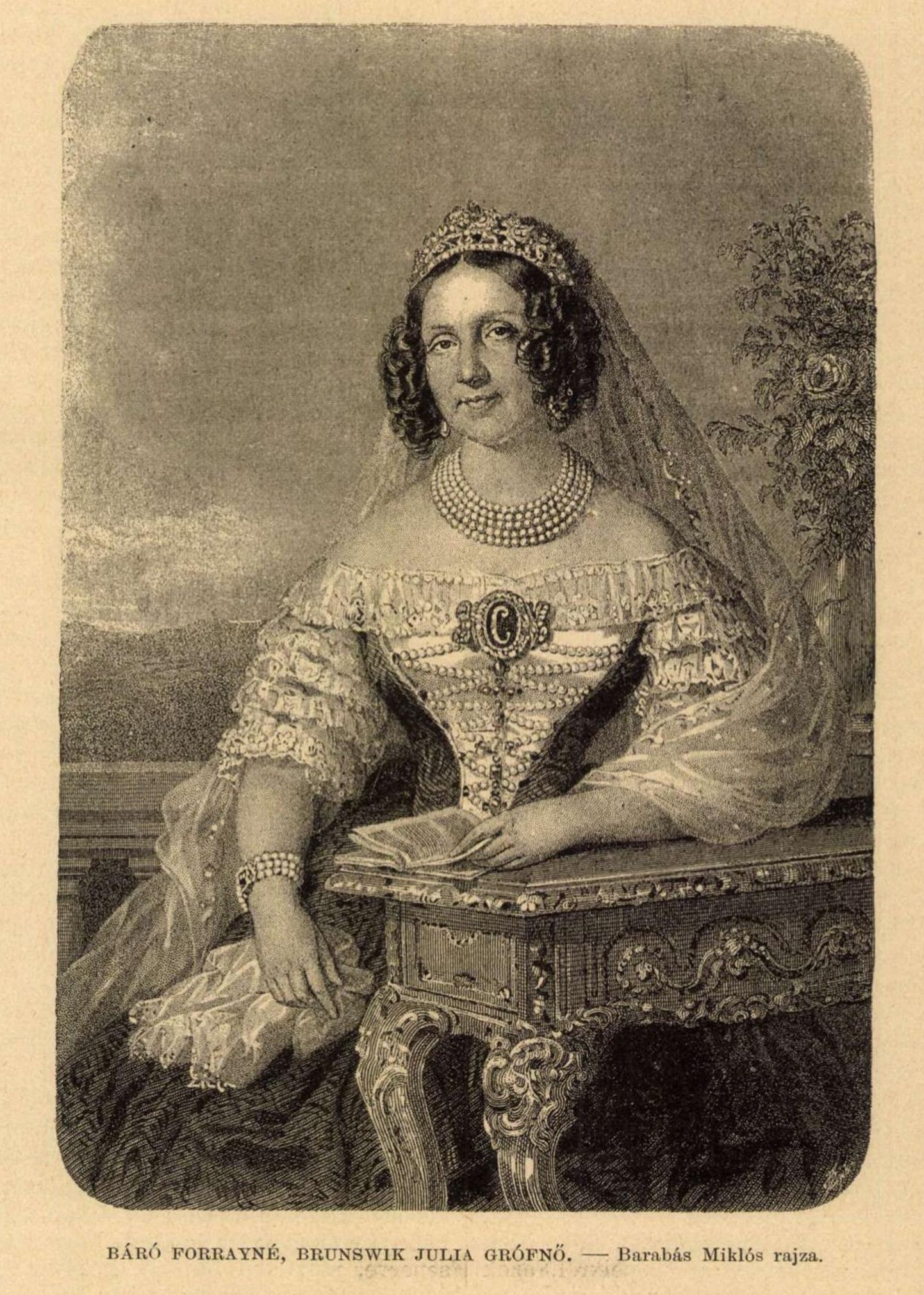 It soon became clear that there was a great demand for nursery care in Pest as well. In 1852 38, in 1853 53, in 1854 more than a hundred babies had to be cared for. The association searched for and found a new location in 1855: the second institute was opened on Kerepesi Road, in the so-called Beleznay house (at the corner of today's Rákóczi Road - Puskin Street), and a year later in Terézváros, under today's 1 Hegedű Street. In 1869, at the intersection of Mária Street and Üllői Road, the fourth nursery was opened, where 284 children could be taken care of by the institute. 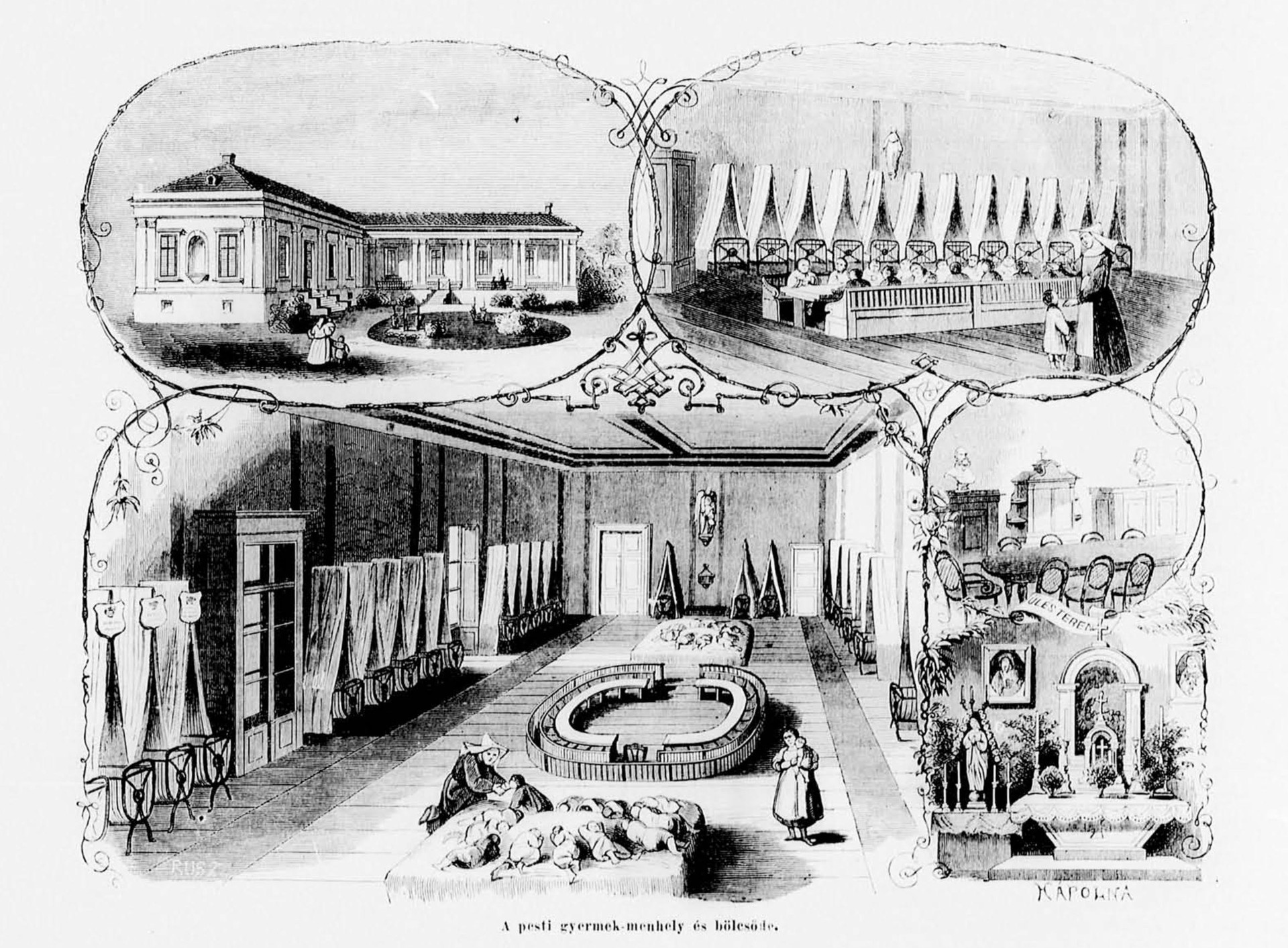 The nursery on Mária Street, picture from the 2 February1871 issue of Hazánk s a Külföld

However, due to the space requirements of the clinical building blocks, the house had to be sold soon, four years later. The association bought another plot of land in Józsefváros in 1873, and in 1875 they commissioned Miklós Ybl to design a new, independent, modern building suitable for nursery care. The handover ceremony was held in January 1877.

The two-storey building acquired its present form in 1879, as the architect added an almost as big extension to the nursery as the original building was, on its Nagy templon Street part. Perhaps the most important architectural values are the beautifully designed façade, the brickwork and the ornate gates carved from oak, which are highlighted on both streets by a tympanum. Ybl did not forget to ventilate the basement either, there are wide cellar windows everywhere under the ground floor windows. The house is separated from the street by a narrow front garden and an artistic wrought iron fence. 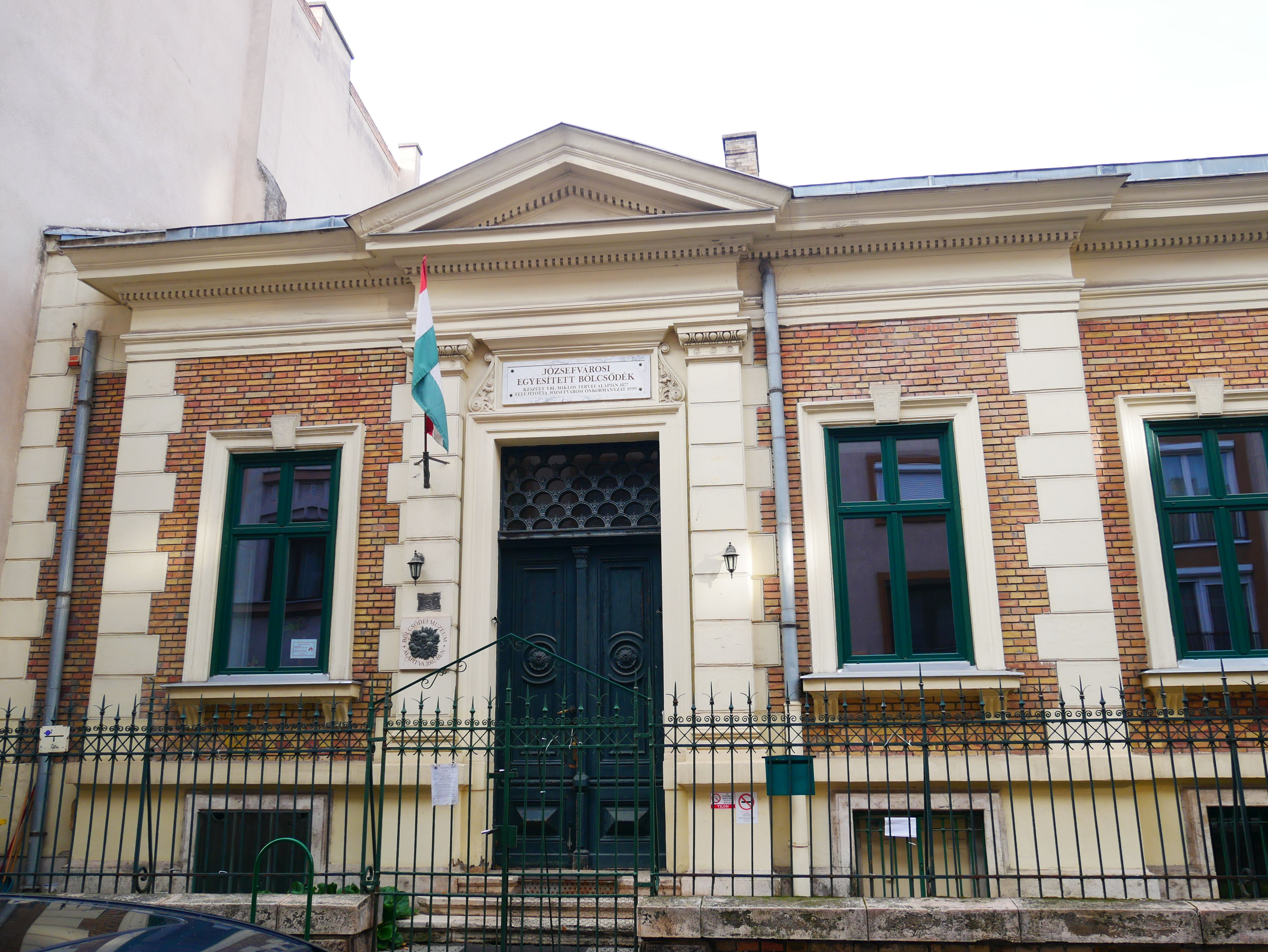 The main entrance of the nursery (Photo: Tímea Simon) 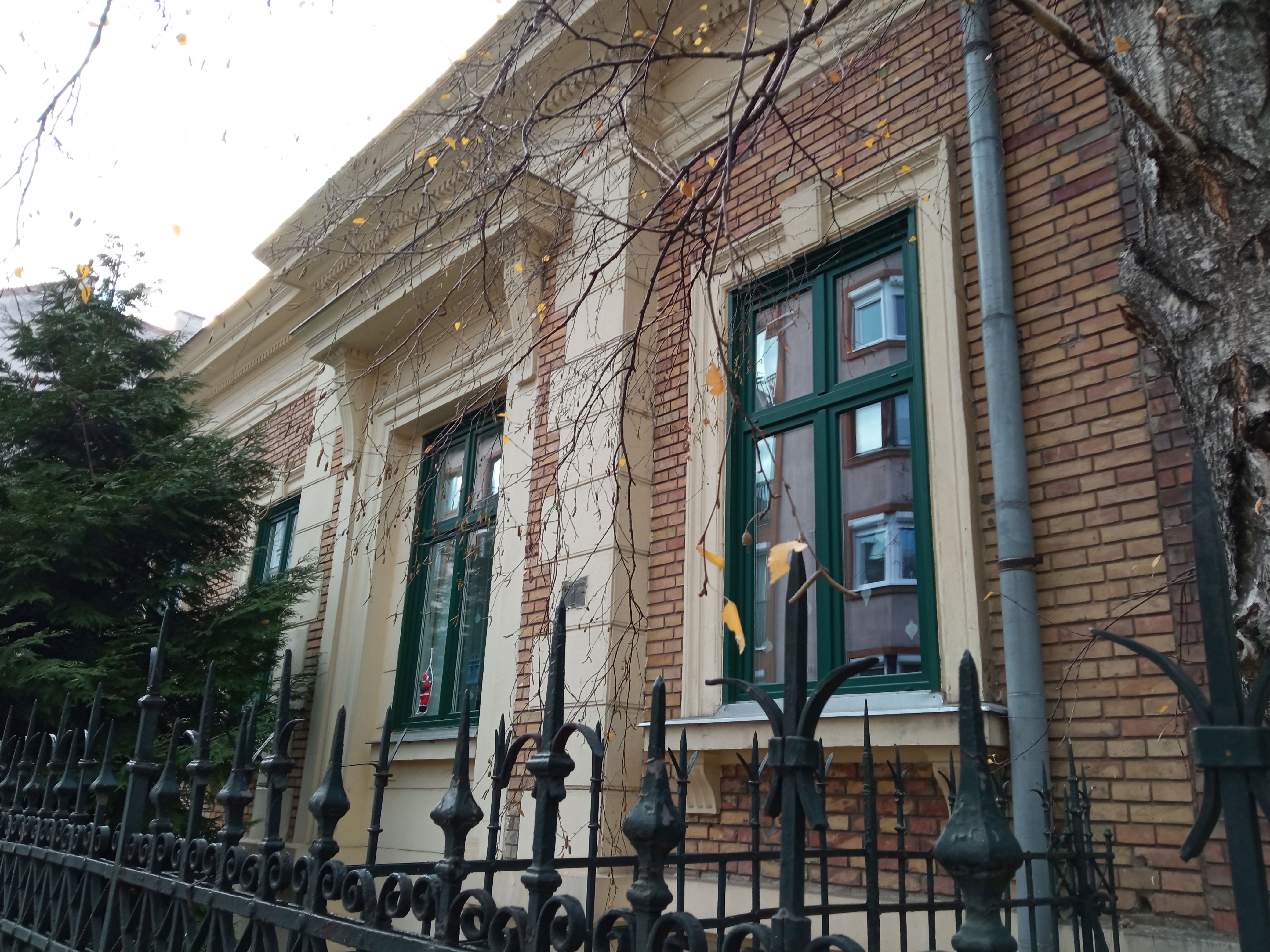 Part of the front garden and fence (Photo: Tímea Simon)

The association entrusted the care of the children to the Order of the Sisters of Mercy named after Páli Saint Vincent. Upstairs, the sisters' residences and chapel were established. The staff also included two doctors who were responsible for the children's health during the care period, and a separate examination room was set up for them. The vaulted basement became the children’s realm, with dozens of canopied, wrought-iron cradles and wooden baby-walkers. Since there was no tap water at that time, the nuns took the water from a well built at basement level.

Behind the house, a large garden provided space to spend time outdoors. After 1890, the building proved to be suitable for several tasks, in addition to the nursery, it also operated a daycare home for kindergartens and elementary school students. When it was visited by Queen Elizabeth in October 1893, it was already called the Simor Institute (in honour of Prince Primate János Simor, who died in 1891), indicating that the task of those working here was much more complex than before.

The Institute also provided school education from 1896: the elementary school could be approached from Nap Street, where the students of six classes studied in 4 classrooms. About 400 children received free education each year, and the number of children in kindergarten exceeded 200. 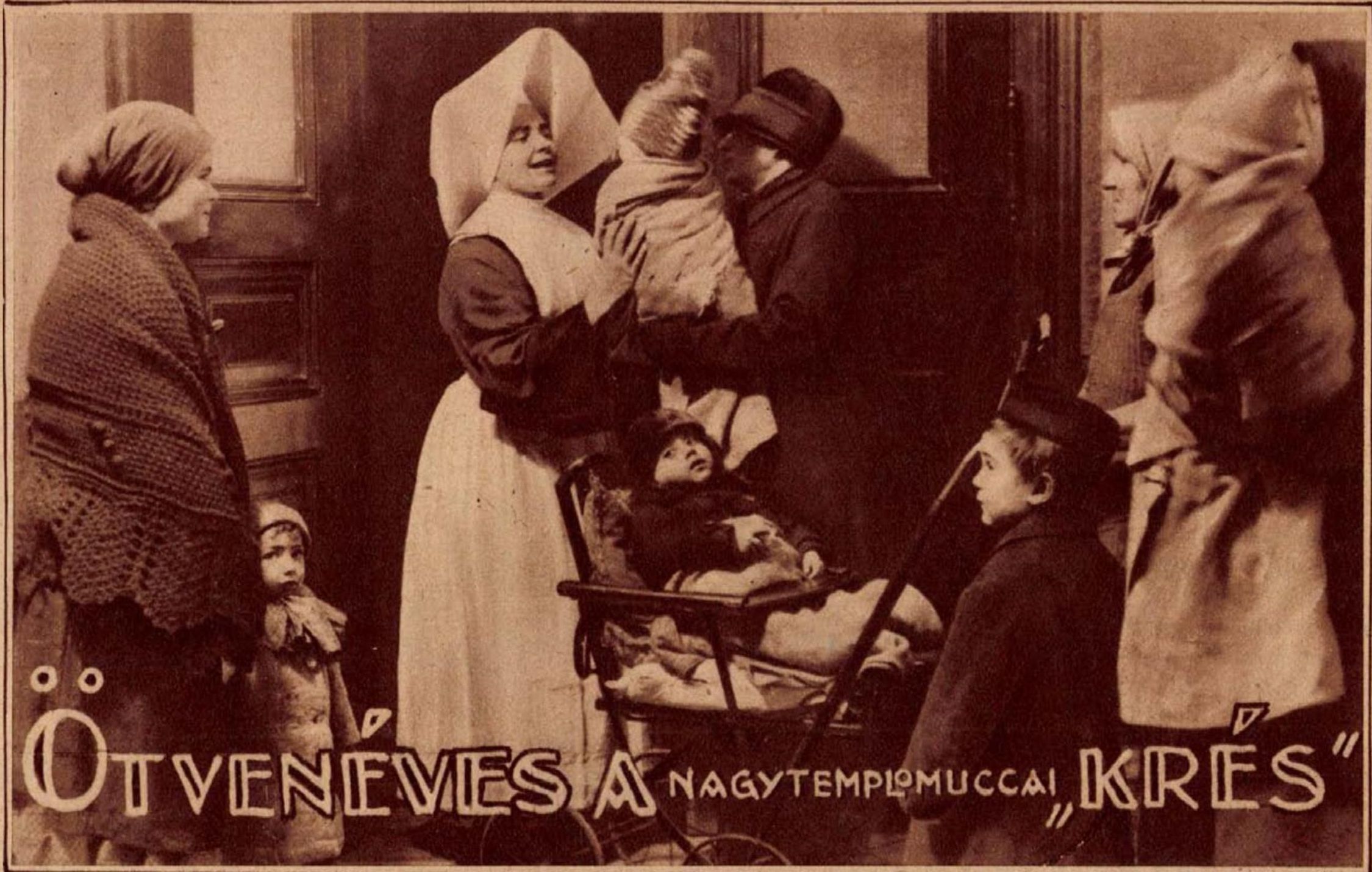 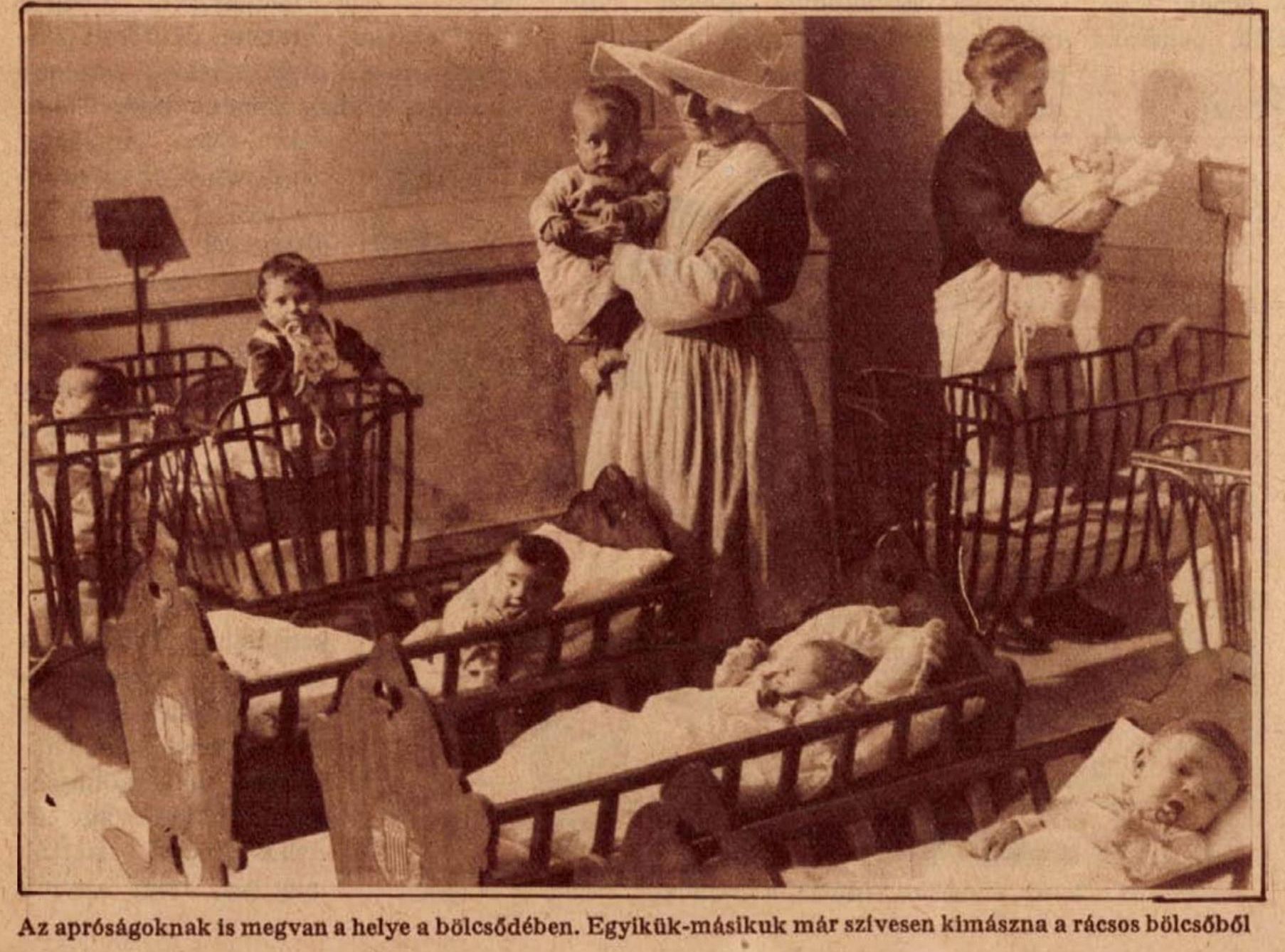 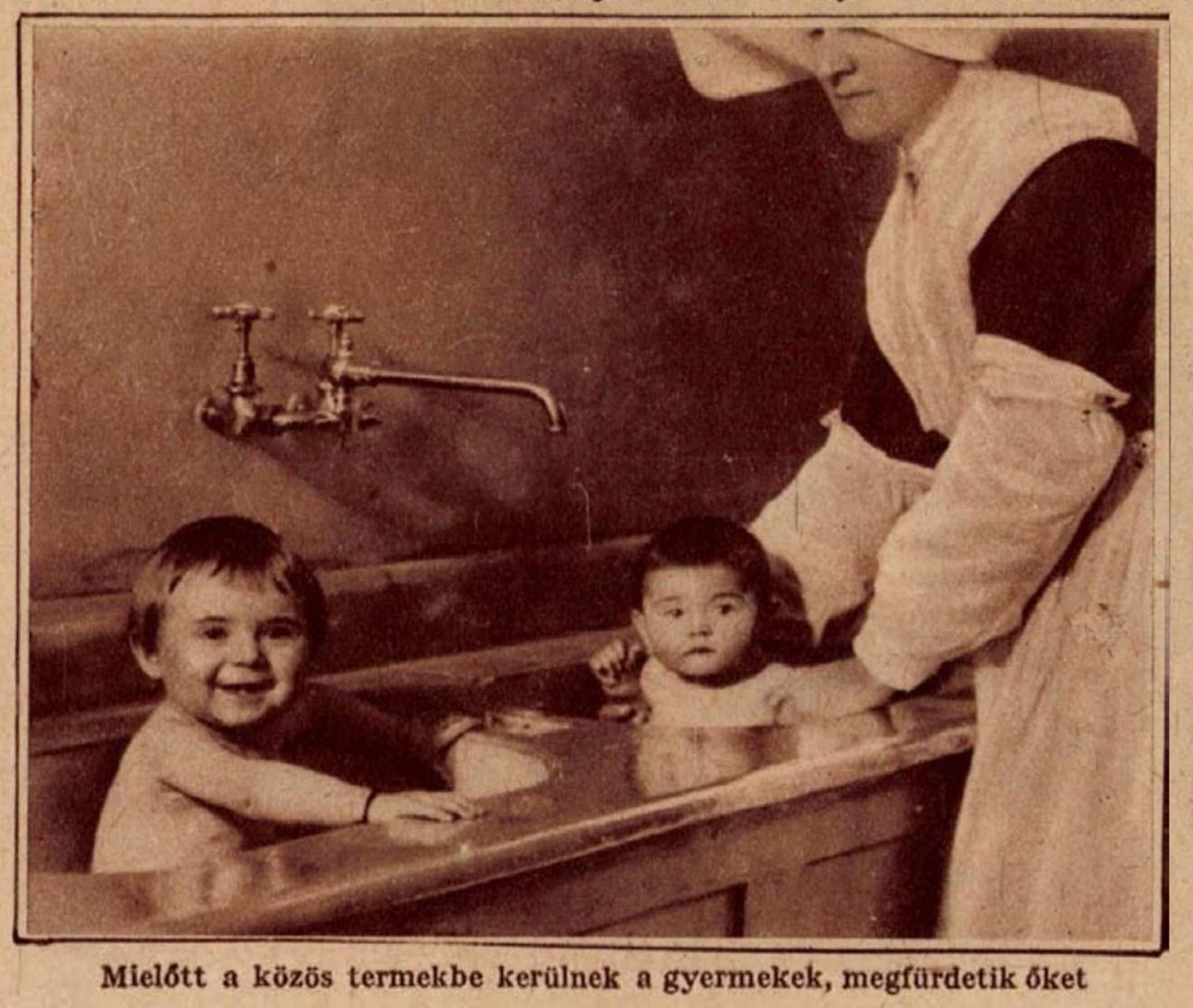 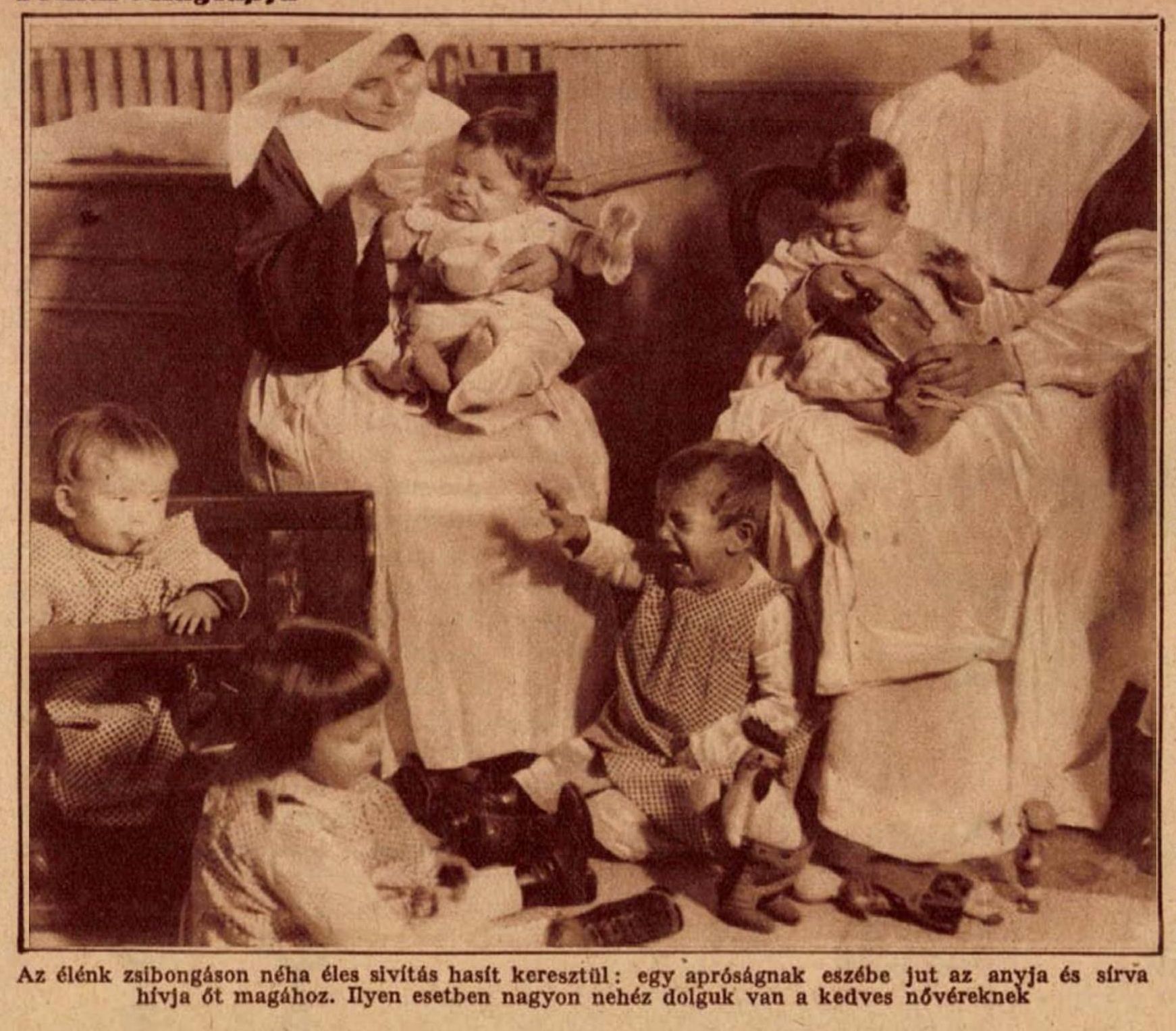 In order to maintain and develop the nursery section, the association organized so-called “Créche balls” from the very beginning (the French term was also included in the common language of Pest, in the first decades of the 1900s the word krés was often used instead of bölcsőde [nursery]). At such times, well-known public figures and city leaders often donated large sums of money to the First Pest Nursery Association, but perhaps more importantly, these gatherings reaffirmed the importance of the institution.

In 1948, nationalization did not escape the Nagy templom Street building either. The nursery, the school were taken away from the Catholic Church, and in the early 1950s even a division of the district military supplementary command was moved into the building. From the beginning of the 1960s, a special education school was opened in the part on Nap Street, but the kindergarten and the nursery could also continue to operate.

After the change of regime, the special education school was abolished and replaced by the Józsefváros Music School. Of course, teachers have not cared for children in the basement for a long time, since 2002 an interesting exhibition and museum on the history of nurseries has been waiting there for those interested in the history of education in Hungary. And the building, which Miklós Ybl dreamed of, still stands out from its surroundings with its architecture that radiates harmony. 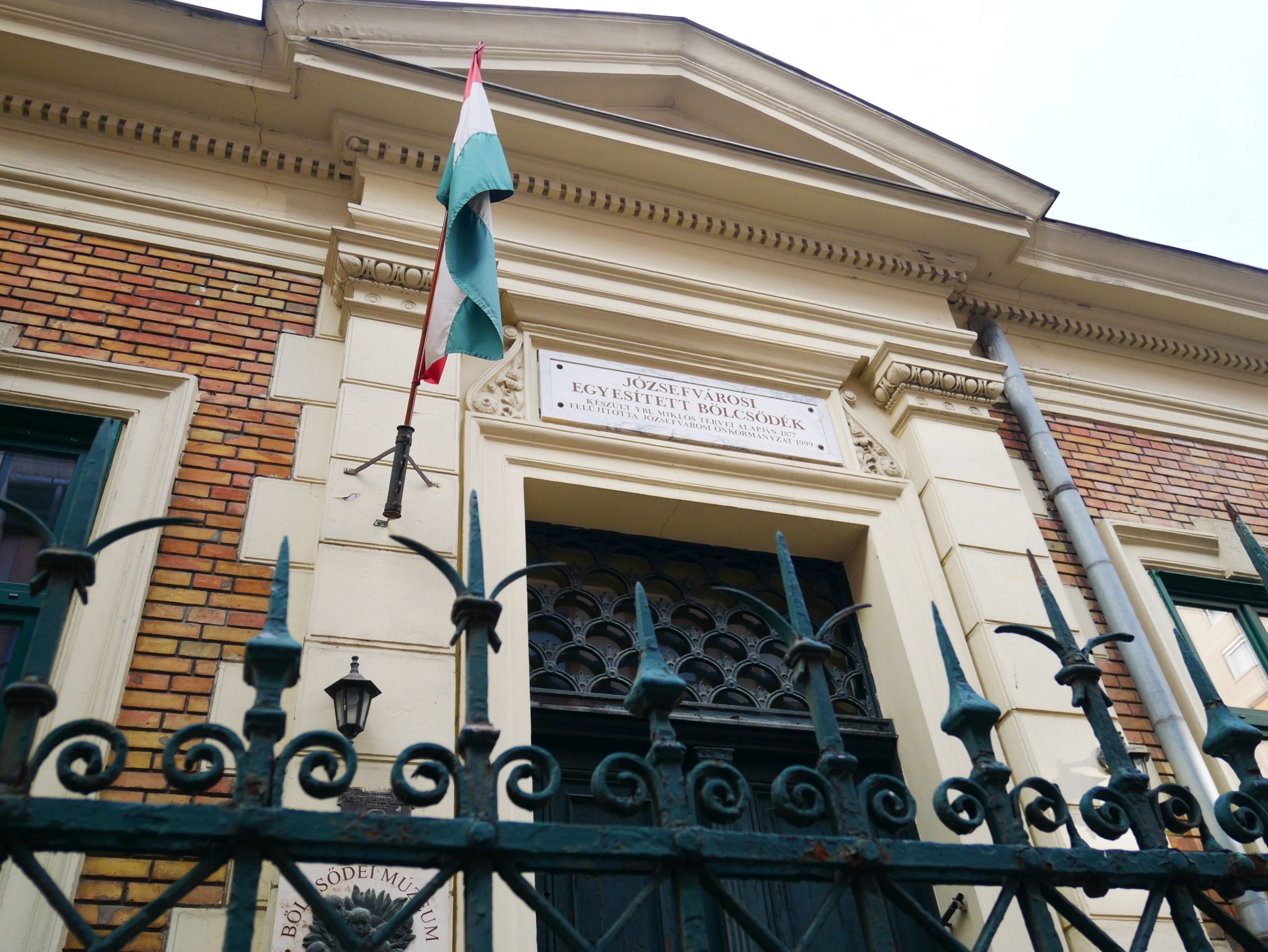 Entrance to the music school from Nap Street(Photo: Tímea Simon) 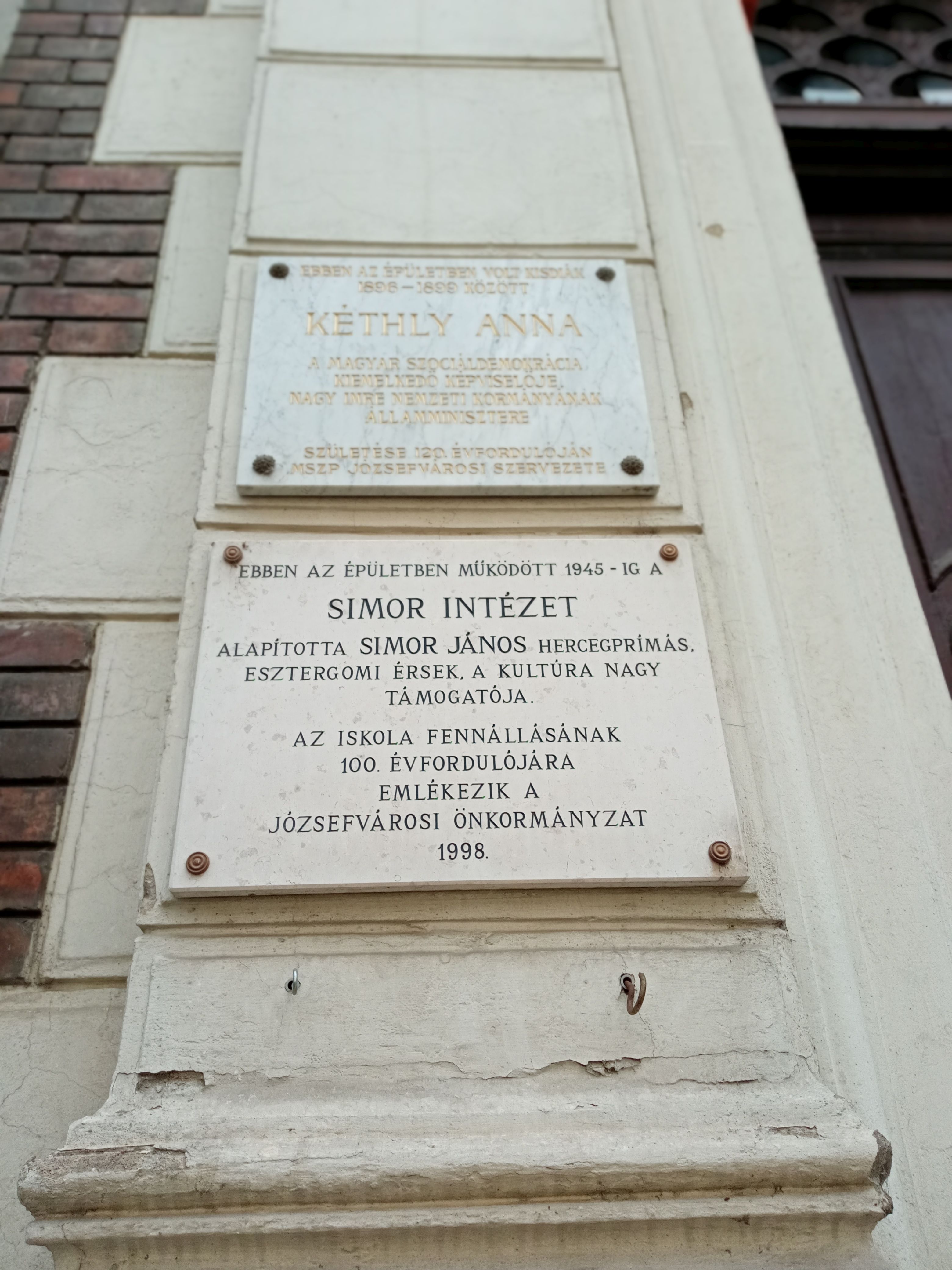 Memorial plaques at the entrance of the music school (Photo: Tímea Simon)