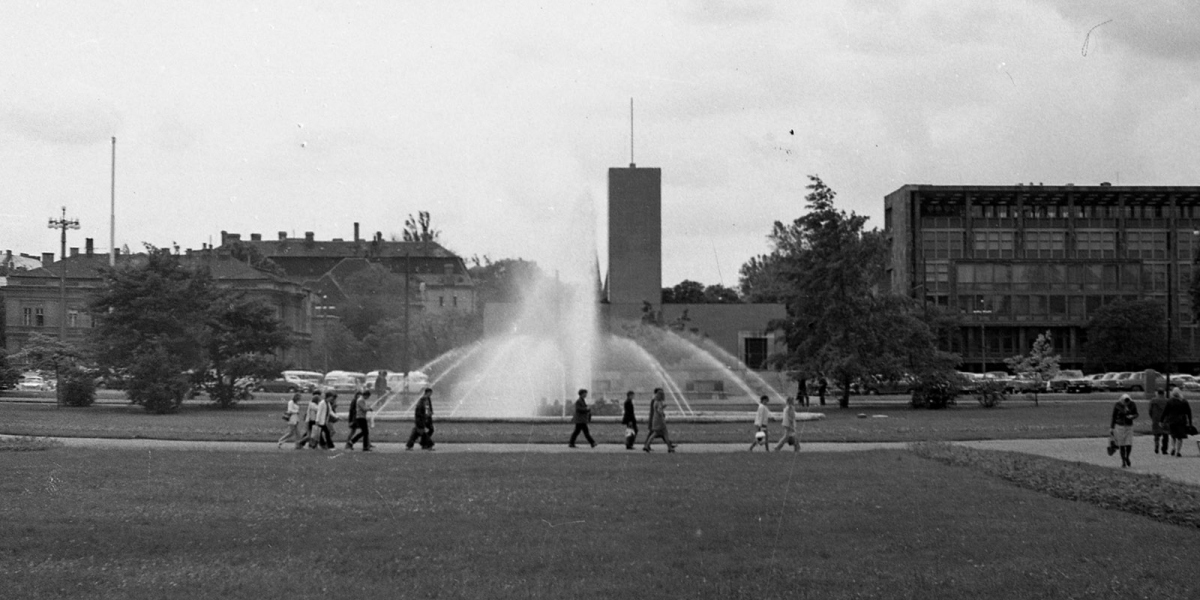 As in the current drought, Hungary and Budapest was hit by a significant water shortage fifty years ago, exacerbated by an outdated water supply network and regular pipe ruptures. The situation was so critical in 1971–1972 that the water consumption of industrial plants was restricted and the population felt water shortages, as in many places there was no water flowing from the taps, so for a while the water supply had to be secured by water carts.

Budapest's drinking water supply is covered by the Danube, ie our water comes from here. If the water level is high, everything is all right, but if it is low, there may be problems. This was also the case in the winter of 1971–1972, when the water level of the Danube subsided due to the extreme drought. The problems were compounded by the fact that the development of the Budapest water network was lagging behind the demands for a good two years.  Both the population and the industry consumed more than expected and therefore there was not enough money for the right pace of development. The difficulty was not only that the capacity of the existing water supply network was insufficient, but also that the existing system was outdated. The capacity of the system was also affected by regular pipe ruptures, which had a strange cause in today's eyes. 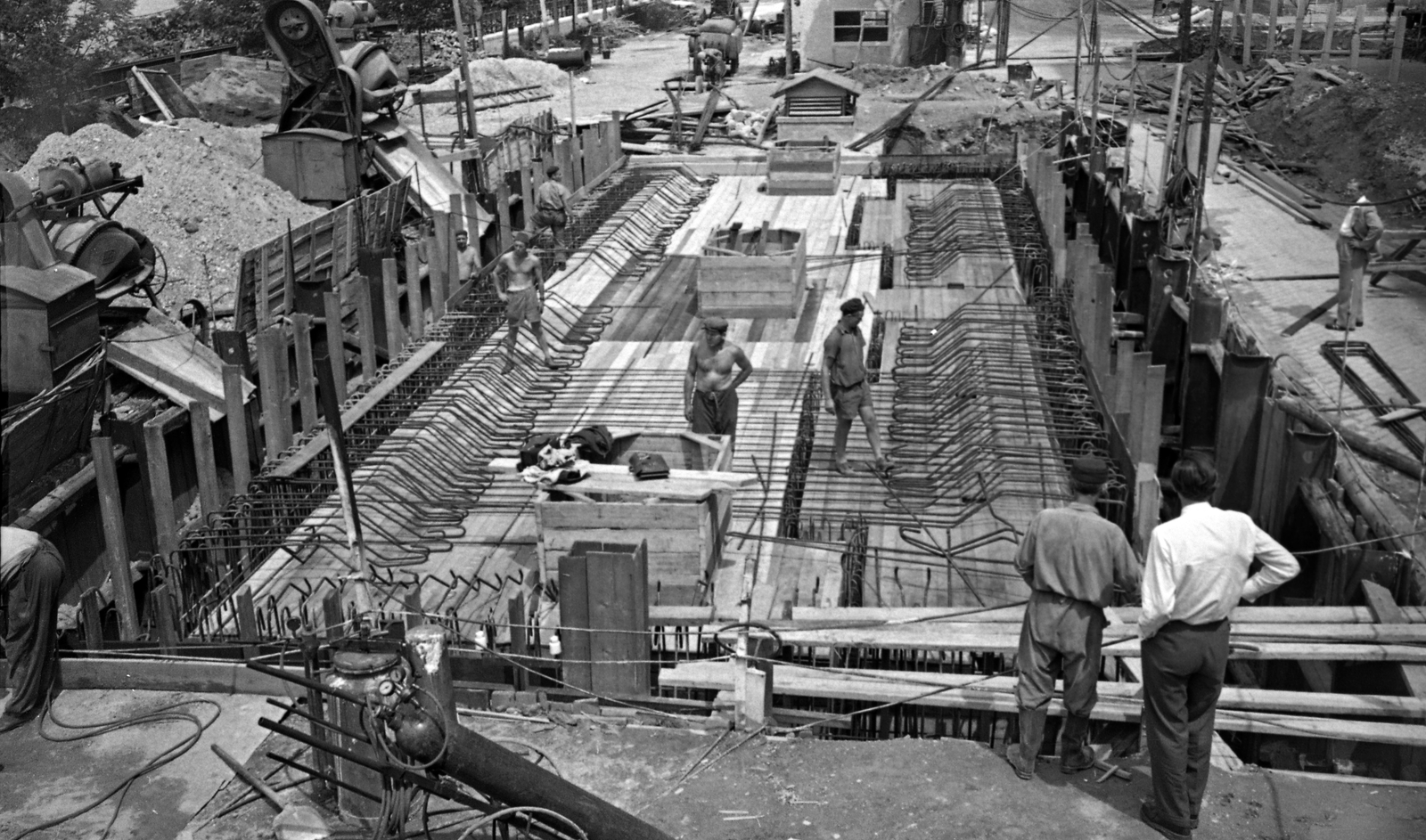 Despite the fact that the system was constantly being built, it could not keep up with the needs of the city. Foundation of the Machine House of the Waterworks on the Újpest embankment in 1957 (Photo: Fortepan / Uvaterv)

Experts have observed an interesting phenomenon that is very dangerous for the water network. Since everyone was watching a TV channel (there were no more), after the TV shows, almost the whole city went to the bathroom at once, which multiplied the water consumption in a very short time, which the network's poor pipes could not handle, leading to an increase in pipe ruptures. . Fixing problems took away the already limited money from improvements.

The poor condition and small storage and transport capacity compared to the demand meant that if there was a shortage of water on the Danube, there could be a shortage of water. There have been water restrictions in the past, for example in the winter of 1969–1970, when the consumption of industrial plants was limited for one month.

However, in the spring of 1972, everyone was waiting for the rain, because the restriction had been going on for 4 months, because in November 1971 there was such a big deficit - the winter was almost completely rainless - that a 25 percent water limit was imposed on the Budapest industrial plants. At that time, this meant a loss of production of 3 million forints per day and affected about 500 companies. 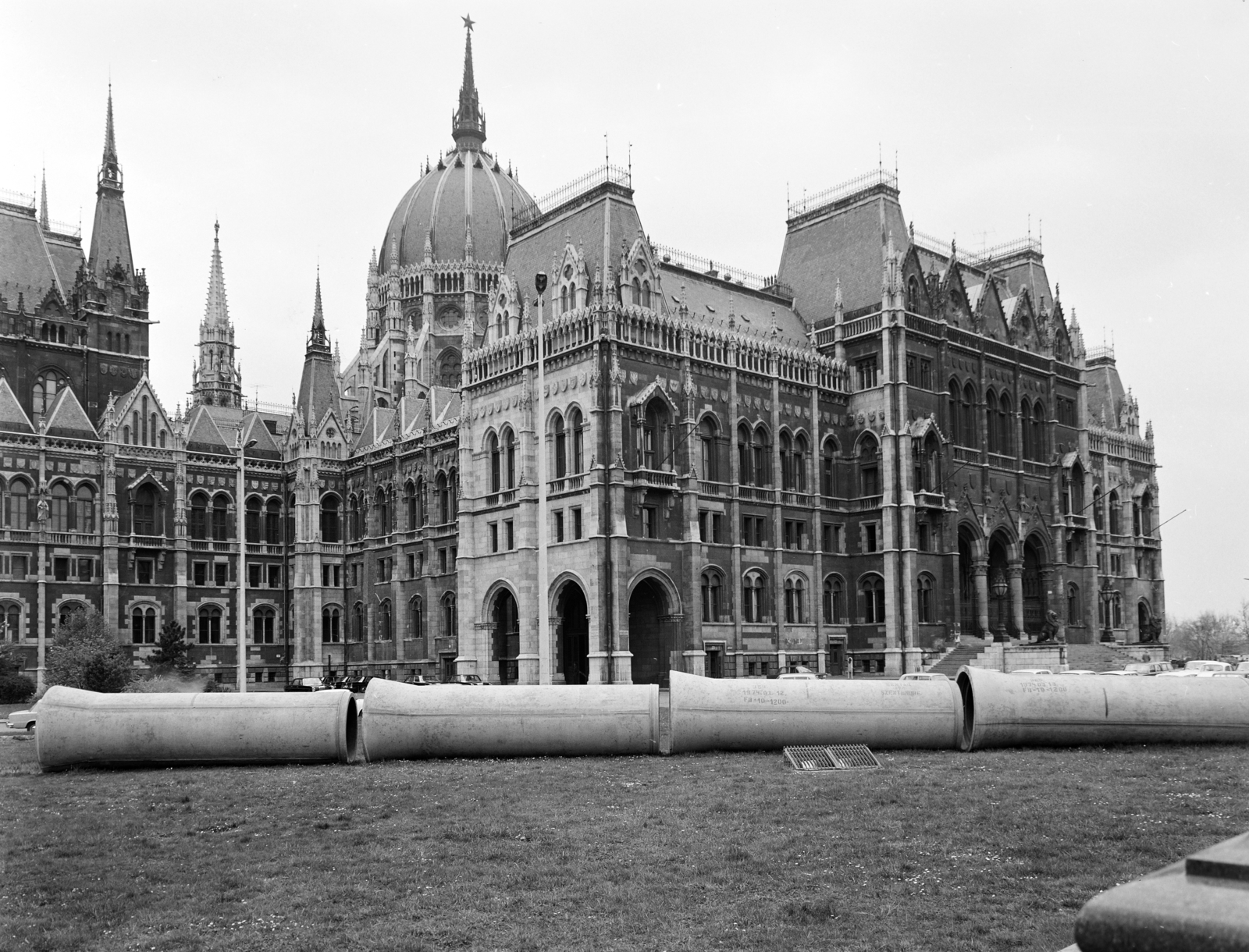 Parts of a new water pipe in front of Parliament in 1973 (Photo: Fortepan / Főfotó)

The restriction on industrial plants was in force for 119 days (!) then in March 1972, due to the rise in the water level of the Danube, it was first reduced and then lifted, but this relief was not permanent. The Danube sank again on 24 March, and on 25 March 1972, this news was reported again by several newspapers, such as Népszabadság:

The wells were able to supply 650,000 cubic meters of water per day, which was 80,000 less than needed. Although the water level in the Danube was higher than the 75 centimetres in the autumn, it stood at 105 centimetres, but it was also still very low. (This does not mean that it was possible to walk from Pest to Buda, because the water only reaches the waist, but that the level of the river was 1 meter at the water level, and of course much deeper in the middle.)

In addition to the industrial plants in Budapest, the population also felt the lack of water. In a significant part of the city, no water flowed from the taps on Saturday, 25 March 1972, so in Buda, in the 9th, 12th and 22nd in Districts and in 5th, 6th and 8th District in many places, in the 9th District in Lágymányos there was no drinking water on the upper floors of the houses, but there was also little water in the outer districts of Pest. Experts have indicated that in the next few days there will be no water at all in some parts of Kőbánya, and drinking water will be transported there on water carts.

A watering ban has been imposed on the public and people have been made aware of the importance of saving water in every forum. 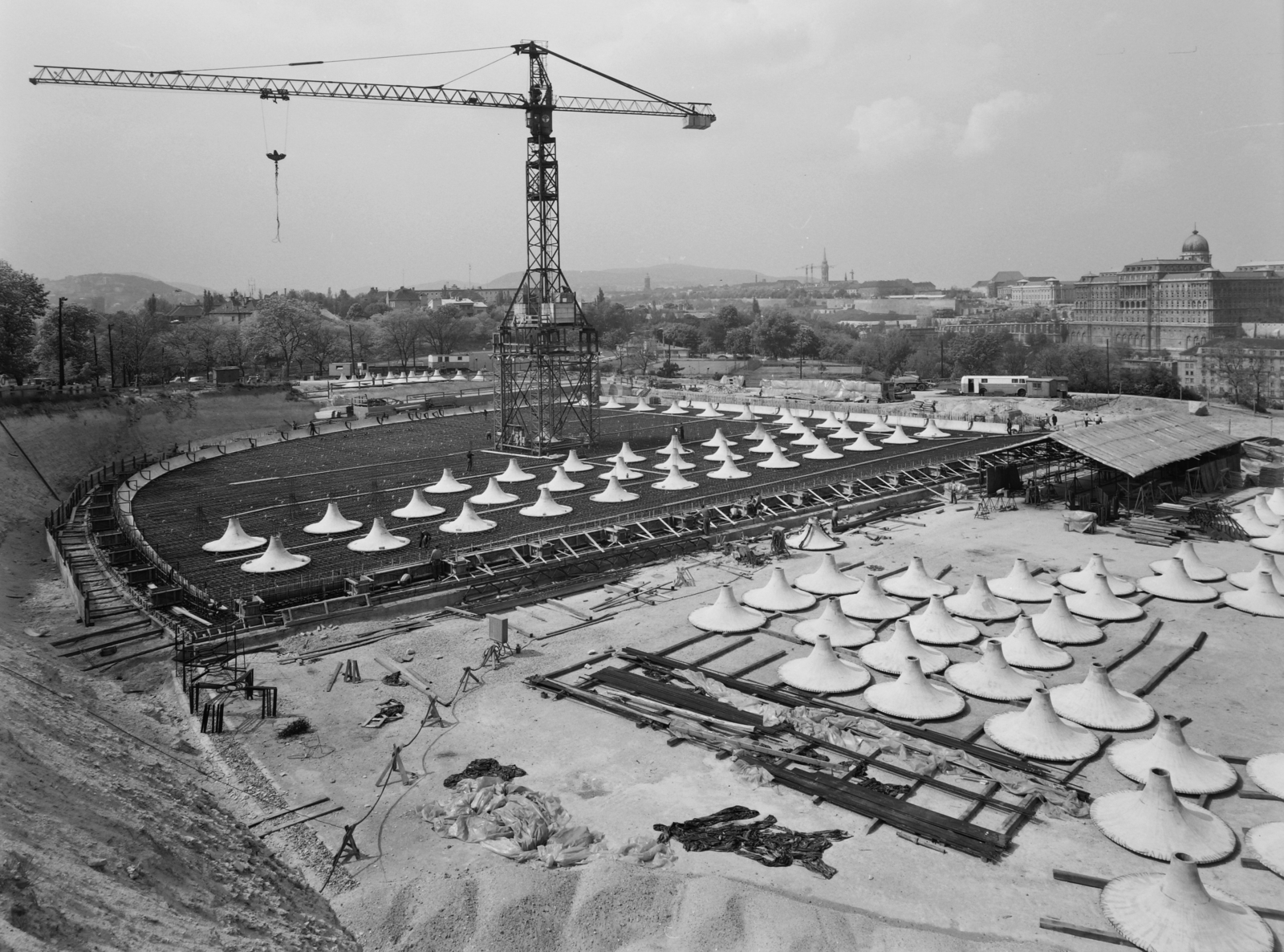 The restrictions and water shortages only ended at the end of April, when the rain came and the water level in the Danube began to rise, so the water restrictions were lifted and the ban on watering the garden was lifted. According to newspaper reports, the water level of 350 centimeters at that time (which is still low by the way) was already sufficient for Waterworks to provide the population with 700-710 thousand cubic meters of water per day. By comparison, Waterworks can provide an average of 1 million cubic meters per day, and huge reservoirs, such as the Gellért Hill Reservoir completed in 1980, also provide a continuous supply of drinking water.

The lesson of water scarcity was drawn in the May 1972 issue of the journal Budapest as follows:

“Until the situation improves, the methods and possibilities of economical water management in all directions must be made an important social issue. This also applies to the behavior of the population. And industry must strive to introduce technologies that use less water on all lines. In this way, much can be done to improve today's situation without any investment costs. ”

In fact, the situation did not improve until the end of the 1970s, and water restrictions had to be imposed regularly in Budapest.