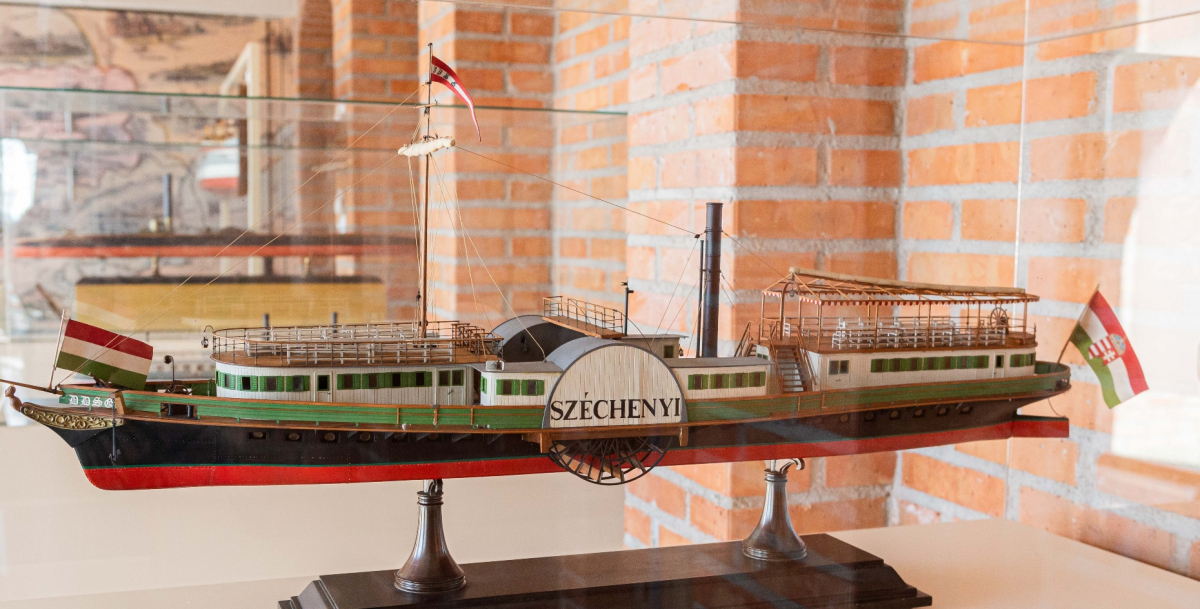 From Pest to Constantinople - Exhibition on navigation on the Danube

An exhibition can be seen in Gül Baba's tomb, which commemorates one of the largest enterprises of the 19th century, the opening of the Danube to the east. Among the objects we can see the model of the boat, Julietta, the original of which was used by István Széchenyi and his companions when they crossed the Danube in 1830 on a houseboat, Desdemona, which was built for this purpose, assessing the difficulties before sailing.

One would think that the Danube did not really have to be opened to the East, as it flows that way, so what the river takes from Pest flows into the Black Sea. However, from the 1830s to the 1890s, the Monarchy and then the Hungarian state made great efforts to make this waterway navigable. 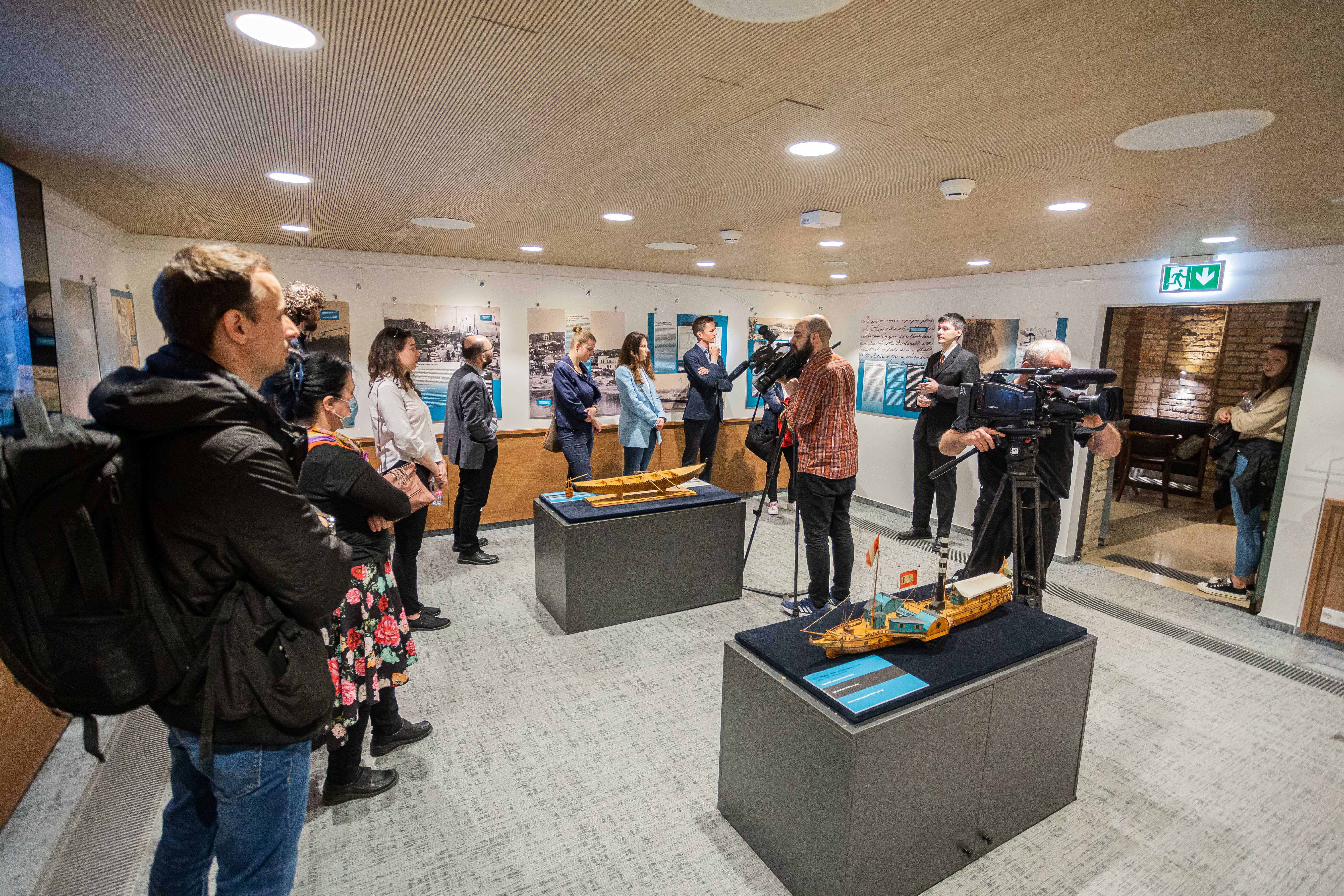 One of the halls of the exhibition (Photo: MMKM, Gábor Boda)

This new exhibition of the Hungarian Museum of Technology and Transport entitled Egyre közelebb! Ausztria-Magyarország felfedezi a Dunát és a Fekete-tengert [Closer to the East. Austria-Hungary discovers the Danube and the Black Sea] commemorates this work. The exhibition - curated by the chief museologist Balázs Tinku-Szathmáry - originally opened in Istanbul in 2019, then visited several locations in Romania and has now arrived in Budapest with some renovation and rethinking.

The exhibition is housed in the exhibition hall of the Gül Baba Türbéje Örökségvédő Alapítván [Gül Baba's Tomb Heritage Protection Foundation]. In the exhibition, which occupies two halls, we can learn about the challenges faced by those working for the navigability of the Iron Gate, but we can also find out how people travelled when the big work was over. Rich imagery, maps, timetables and menus bring to life the journeys from Pest to Constantinople.

Among the objects we can see the model of the boat, Julietta, the original of which was used by István Széchenyi and his companions when they crossed the Danube in 1830 on a houseboat, Desdemona, which was built for this purpose, assessing the difficulties before sailing.

The exhibition features the Danube Steamship Company’s first Danube steamship, a highly detailed model of the FRANZ I, and other ship models, including the CORVIN steamer, more than a hundred years old. As the description of the exhibition writes:

"The 19th century was a period of the launch of relations between the Danube, the Balkans, Turkey and the Middle East, to which the development of transport contributed greatly." 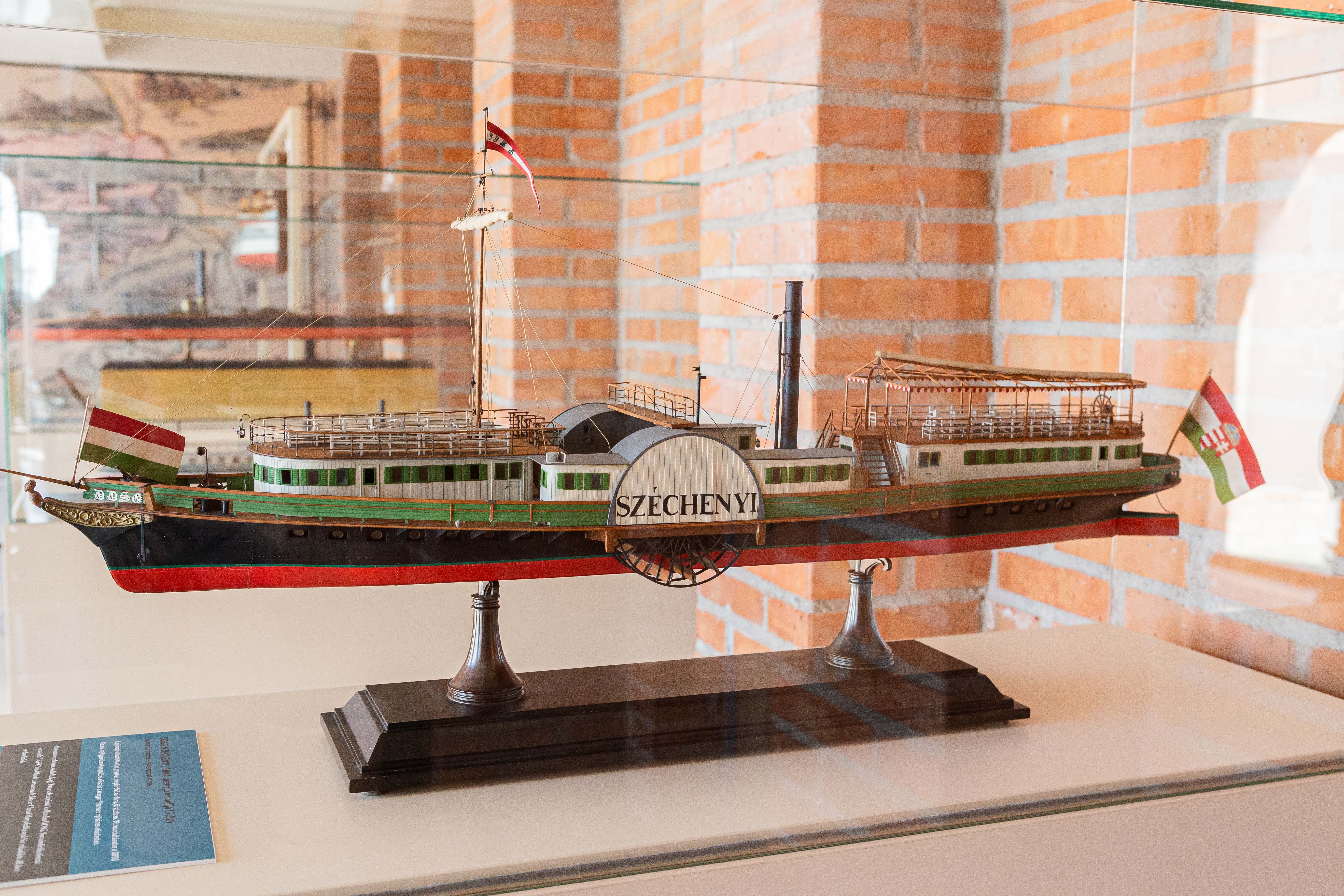 Model of the Széchenyi steamship. At the launch of this ship in 1844, the National Anthem was first played in public (Photo: MMKM, Gábor Boda)

A special occasion of the exhibition is that on 14 April 1834  the first steamship, the ARGO of the Danube Steam Shipping Company passed through the Iron Gate.

The CORVIN steamship is more than a hundred years old (half) model. Only the right half of the ship is real, there is a mirror in the background (Photo: MMKM, Gábor Boda)

The exhibition entitled Closer to the East. Austria-Hungary Discovers the Danube and the Black Sea can be seen at the Gül Baba Cultural Centre and Exhibition Hall until the end of August.