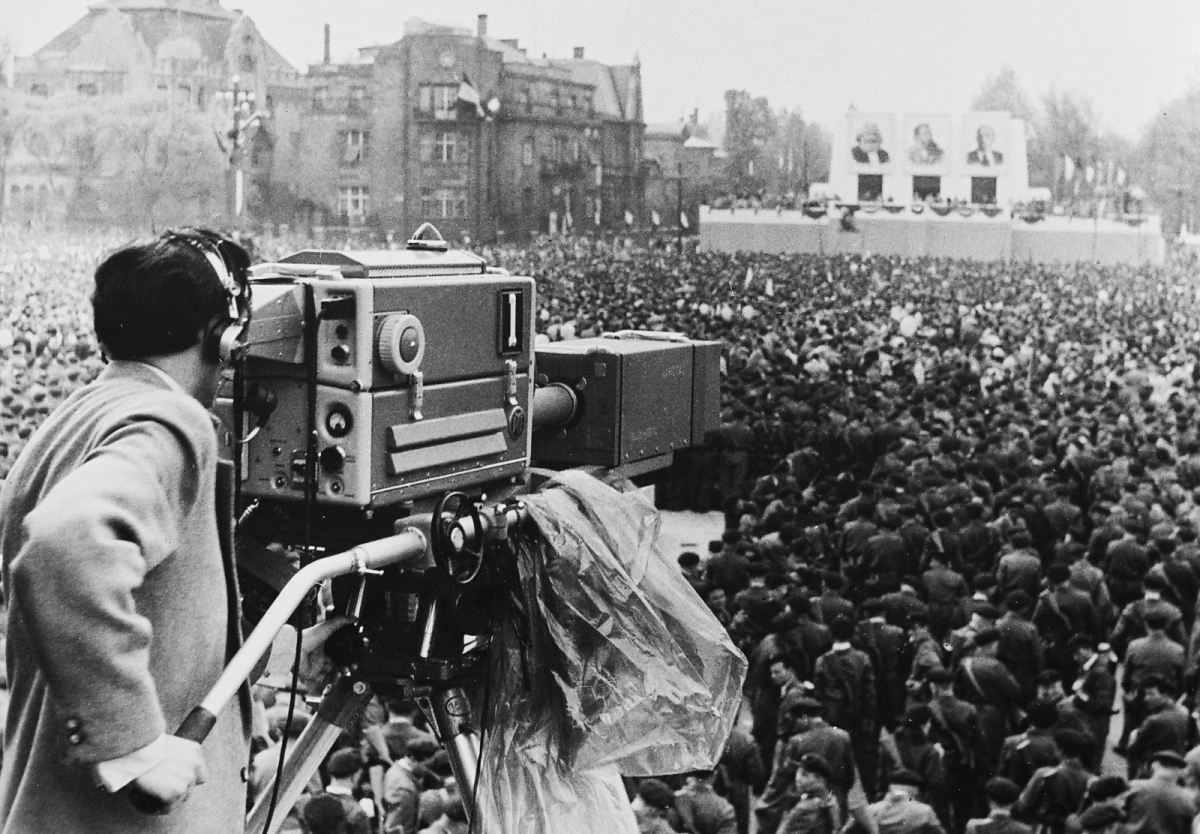 Television is nearly a hundred-year-old invention that many Hungarian researchers worked on in the beginning. In Hungary, however, work began only in the 1950s to enable Hungarian broadcasting in Hungarian households. The experimental broadcasts started in 1956, and after the revolution, on the evening of 26 April 1957, a film was shown on television, but the first "official" broadcast, the Heroes' Square parade, was broadcast by the Hungarian Television only on 1 May 1957, for political reasons.

Hungarian television began "officially" on 1 May 1957. The 1st of May 1957 was of paramount importance to the new power that defeated the 1956 revolution, as the large-scale parade of 1 May was one of the highlights of the legitimacy of power. This included television.

In reality, however, the broadcast on 1 May is not the day of the launch of Hungarian television, as the "experimental broadcasts" were already regular at that time. It was decided in 1952 that television broadcasting would start in Hungary as well, the deadline at that time was 1954. Many socialist countries already had television at that time, but in the early 1950s, all the energy in Hungary went to run up the militarily important heavy industry, not to improve public services. 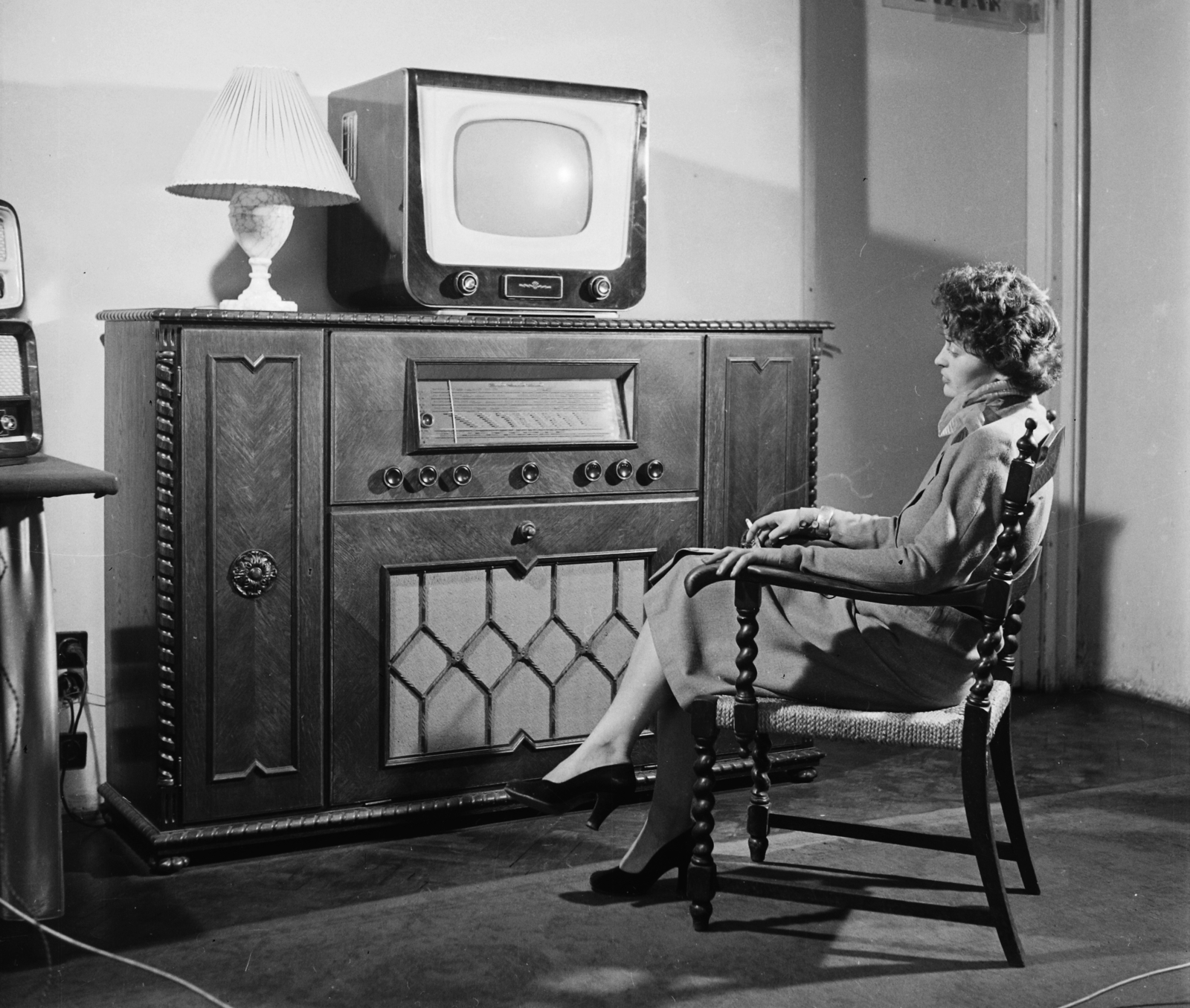 An Orion AT 501 television set in the showroom of the Keravill Store on Kossuth Lajos Street in 1958 (Photo: Fortepoan/No.:113044)

Although the deadline was 1954, this could not be met and the conditions for permanent television were not completed until 1956. It was then, in the summer of 1956, that the first television set, the Orion AT 501, began to be marketed. The equipment, which was obsolete at that time compared to Western models, was very expensive, it cost an engineer's 10 months' salary, 5,500 forints, yet it was sold out. The television, of course, broadcast a black-and-white image, and even that was not perfect. The picture tube, originally designed to be 43 centimetres, distorted the image so much at the edge that a plastic frame had to be placed in front of it, which reduced the visible image to 37 centimetres.

A few days before the official start, on Friday, 26 April 1957, the TV show started at 6:30 pm with Magyar Híradó No. 17, which was not a television news program, but the material of the Hungarian Film News, which was also shown in the cinemas. An Italian feature film “A Day in Court,” starring Sophia Loren from 1954 followed the news. 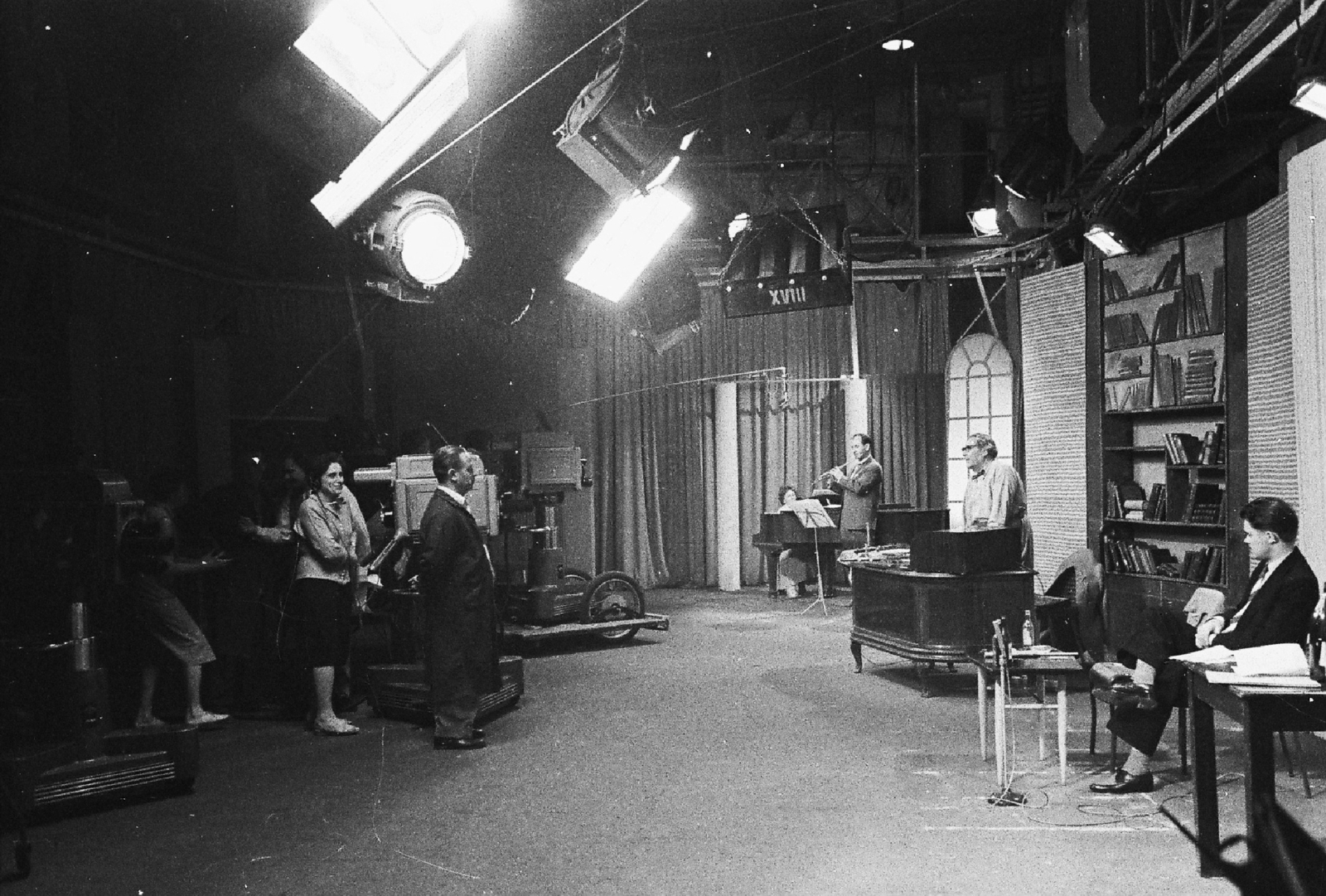 Live broadcast from the studio in 1957 (Photo: Fortepan/Radio and Television Newspaper)

Hungarian television officially started on 1 May 1957. There were, of course, political reasons for this, the post-revolutionary repressive regime staged a large-scale parade in the Felvonulási Square, which was televised live. Technically, this could be done because the English-made relay car arrived to send the image from the scene to the studio. (English-made TV cameras also worked in the studio anyway.)

An interesting information: there was another suggestion for the word 'television', in the first issue of the Magyar Nyelvőr in 1957; László Jakab wrote the following:

Of course, radio is not an ancient Hungarian word either, but in the end, the word television and the word TV formed from its acronym stuck in our language. 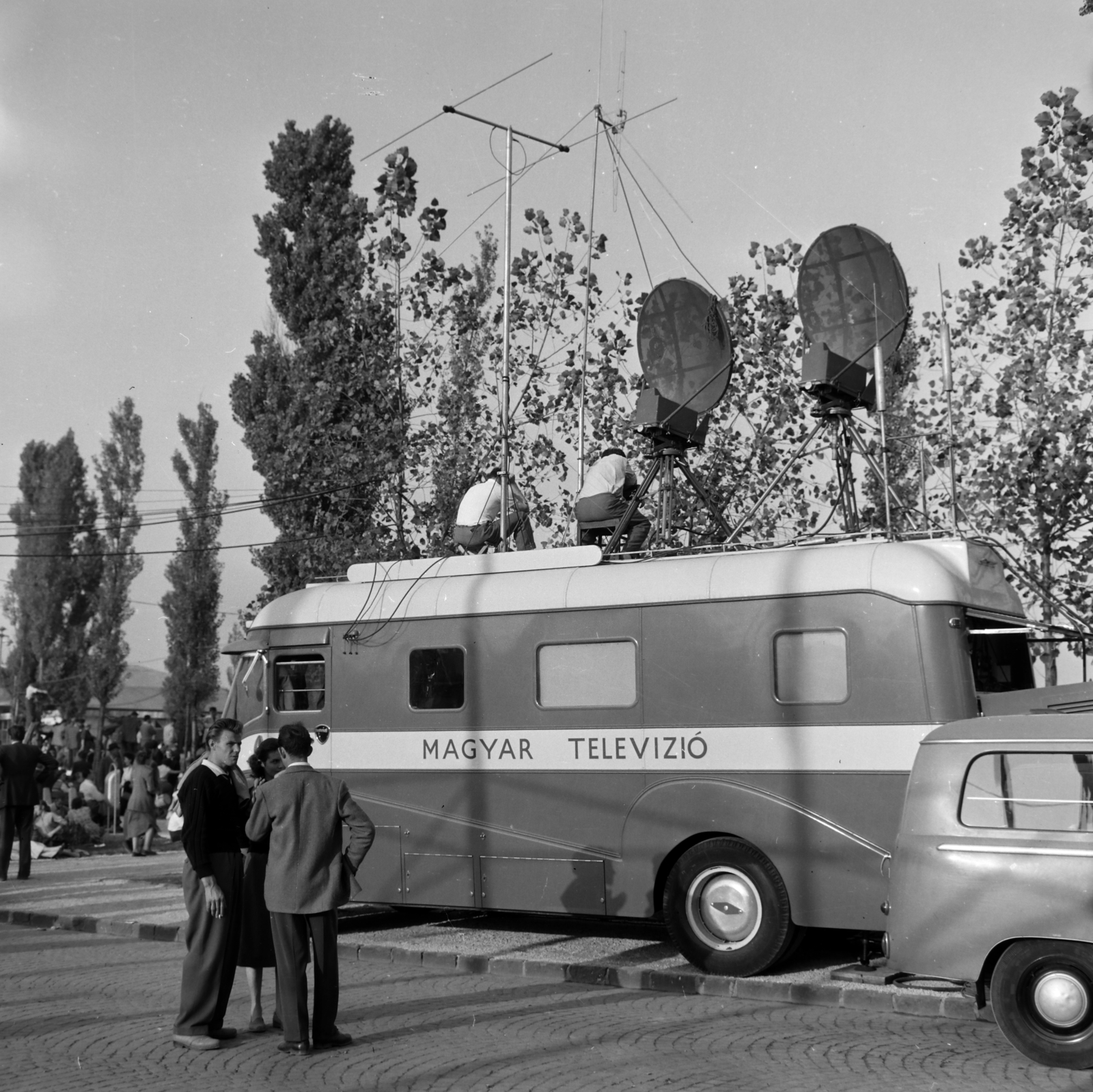 It is interesting that although the regular broadcast officially started on 1 May, on 3 May, Népszabadság still showed the program of the day as an experimental broadcast. As before, the show started at 6:30 pm with a movie newscast, a sports newscast, and then a movie called Bakaruhában.

The weekly program announced in the Népakarat on 9 May (the name of Népszava at the time) was as follows:

So the broadcast was limited to the evening hours, a couple of hours. The transmission tower was at the top of Széchenyi Hill, supplying Budapest and the surrounding settlements, the 1 kW tower could be caught within a range of 50-90 kilometres.

The “experimental” signal disappeared from TV shows in mid-May, but the broadcast expanded only slowly. True, there were not many TVs in the country, it was a custom for quite a few years that the lucky ones, who had the money to buy a TV invited their neighbours to watch TV, which was still a community experience at the time.