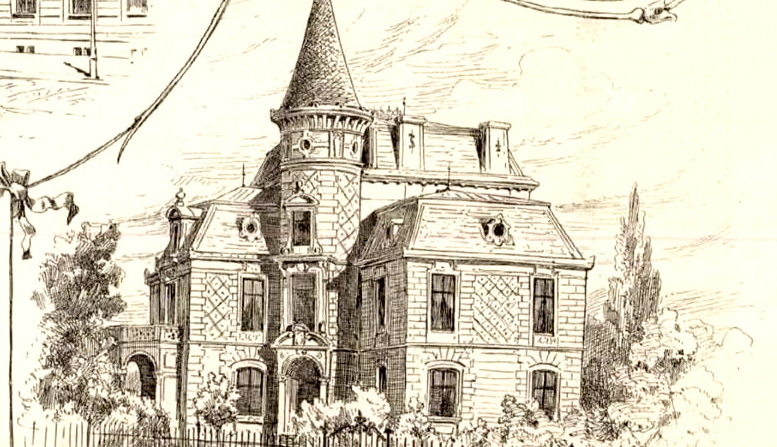 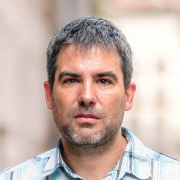 It was damaged in World War II, so one of the charming villas on Andrássy Avenue was demolished, which was built as the family house of the director of the Western Railway company in the early 1880s. The building was bought by the Hungarian state at the beginning of the 20th century, which later handed it over to a female monastic order, so it is not surprising that a chapel was built there at that time. After the war, the decision-makers did not spare the villa, building a modern residential house in its place.

One of the most interesting buildings of Sugárút (today Andrássy Avenue), built in the last third of the 19th century, was the villa at 117 Andrássy Avenue, reminiscent of medieval tower castles. The two-storey house was built in 1881–1882 with a prominent tower in the central part.

The builder Károly Fackh (1834–1898) was a prominent figure of the age: the CEO of the Hungarian Western Railway, the nephew of Ernő Pöltenberg, an adviser to Gábor Baross, a member of parliament (Szabadelvű Párt [Liberal Party]), the initiator of the establishment of Rákosliget. His wife, Marie Girault de Roche-Corbon, came from an old French noble family.

It was the conscious intention of the couple who bought the land from the Budapest Public Works Council on 20 December 1880, to recall the world of French castles. For their ideas, they won the French-born Lajos Ray Rezső from Switzerland, whose entire oeuvre was deeply influenced by his studies at Charles Garnier in Paris. Ray is a designer of well-known neo-baroque buildings such as the Royal Hotel, Lukács Spa and Herzog Palace at 93 Andrássy Avenue. In addition, the houses at 29 and 93 Andrássy Avenue and the demolished building at 107 Andrássy Avenue and its neighbour designed for himself at 105, are also his work.

The blueprint for Villa Fackh was approved on 25 August 1881, based on the engineering map. A stable was built for the villa in 1881. The architectural solutions of the villa are illustrated by the inspired drawing by Tivadar Dörre, which was published in the 4 June 1882 issue of the Vasárnapi Ujság. 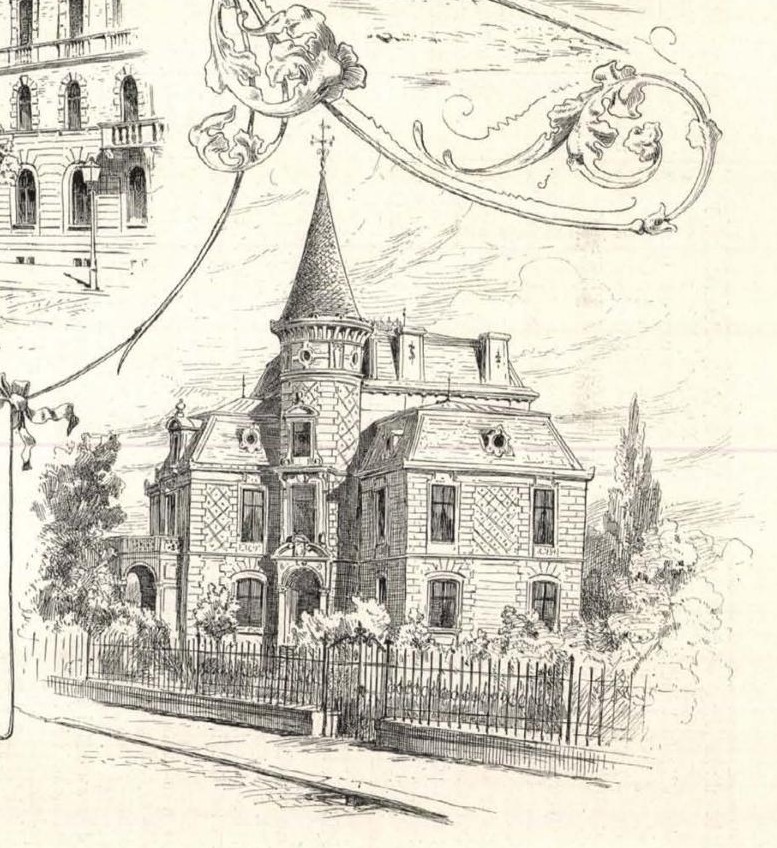 The Fackh family relinquished the property in November 1889, which became the property of the Apponyi family in the name of Mrs. Count Lajos Apponyi, Margit Scher-Thoss. Her husband, royal Marshal of the Court, Lajos Apponyi, known for his philantrophy, and her son, the later famous hunter Henrik Apponyi, also lived in the villa. In 1892, another stable and carriage house were added to the building, based on the plans of József Luches.

On 18 February 1905, the Apponyis sold the property to the Hungarian state, which was listed as the property of the Hungarian Holy Crown. The family members remained in the building until 1912. In 1914 Prince Miklós Pálffy, Marshal of Court, lived there.

From the early 1920s, the villa became the home of the Notre Dame de Sion, an order of nuns, where a chapel was also built. The nuns were engaged in faithful recruitment, language courses, and secretarial training here, and earned merit during the Holocaust through their Jewish rescue efforts. 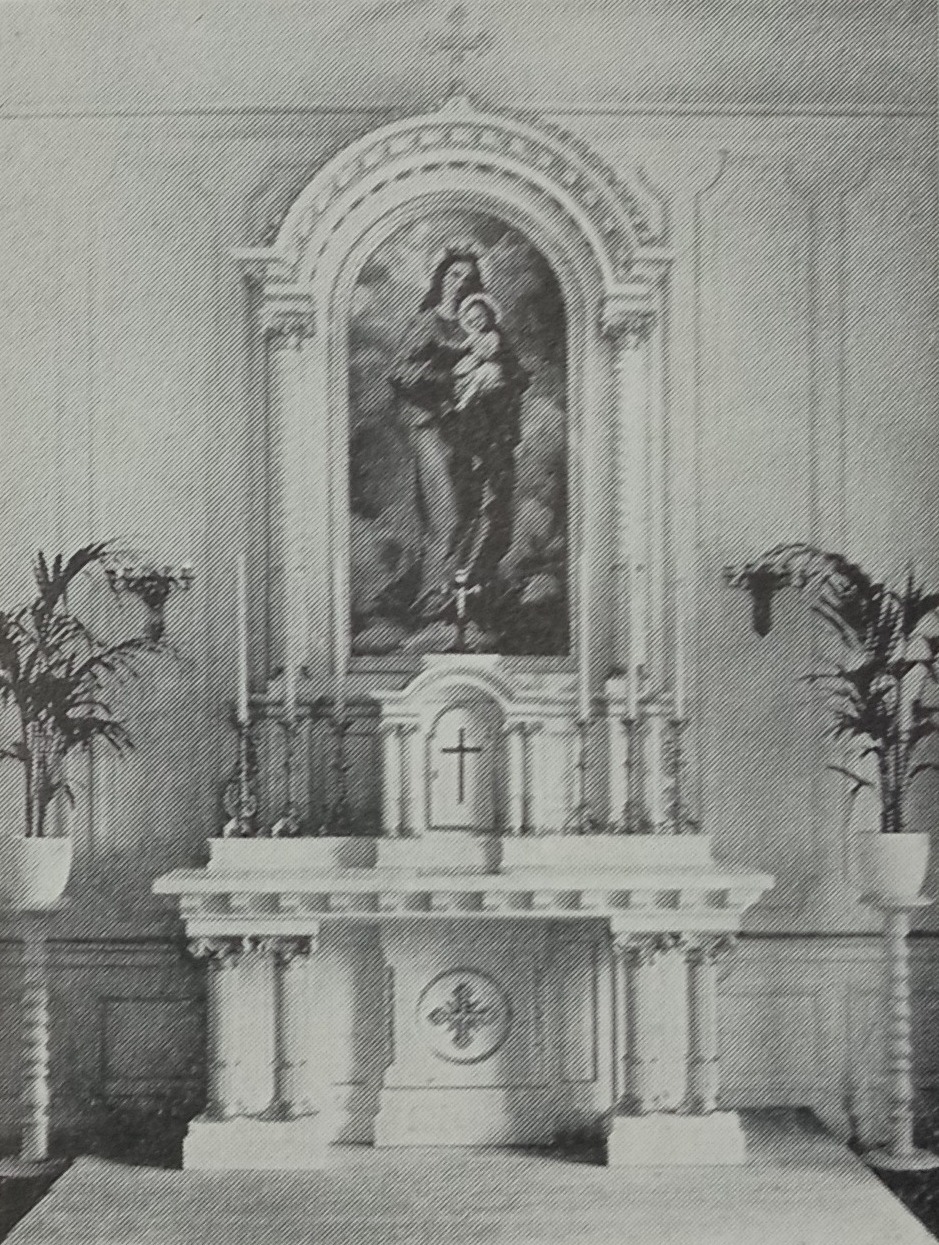 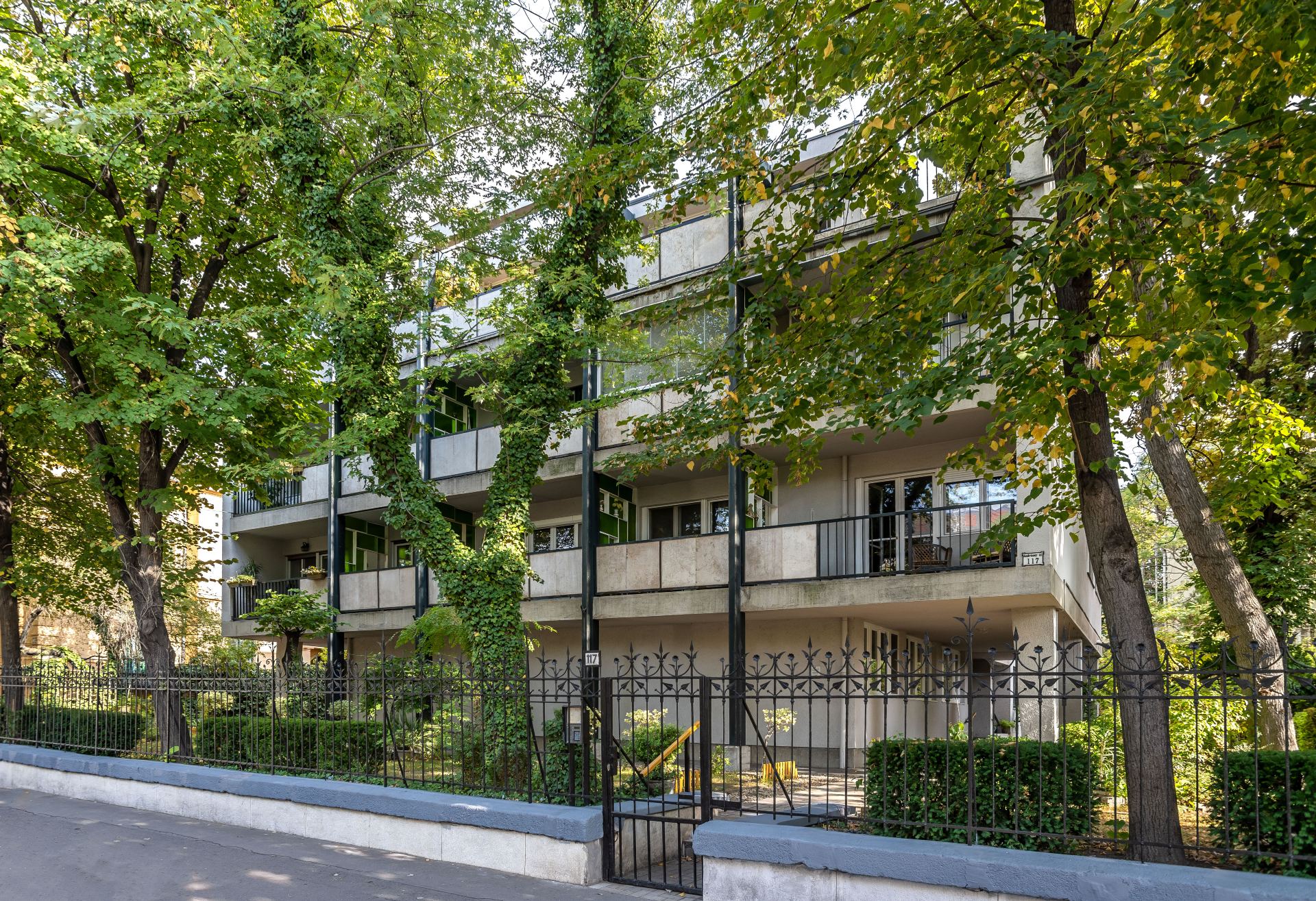 On the site of the former villa, at 117 Andrássy Avenue, there is a residential house today (Photo: Balázs Both / pestbuda.hu)

The villa that was severely damaged and deteriorated during the siege in World War II was demolished in 1948. Today's modern residential house was built in 1959 by Iparterv.