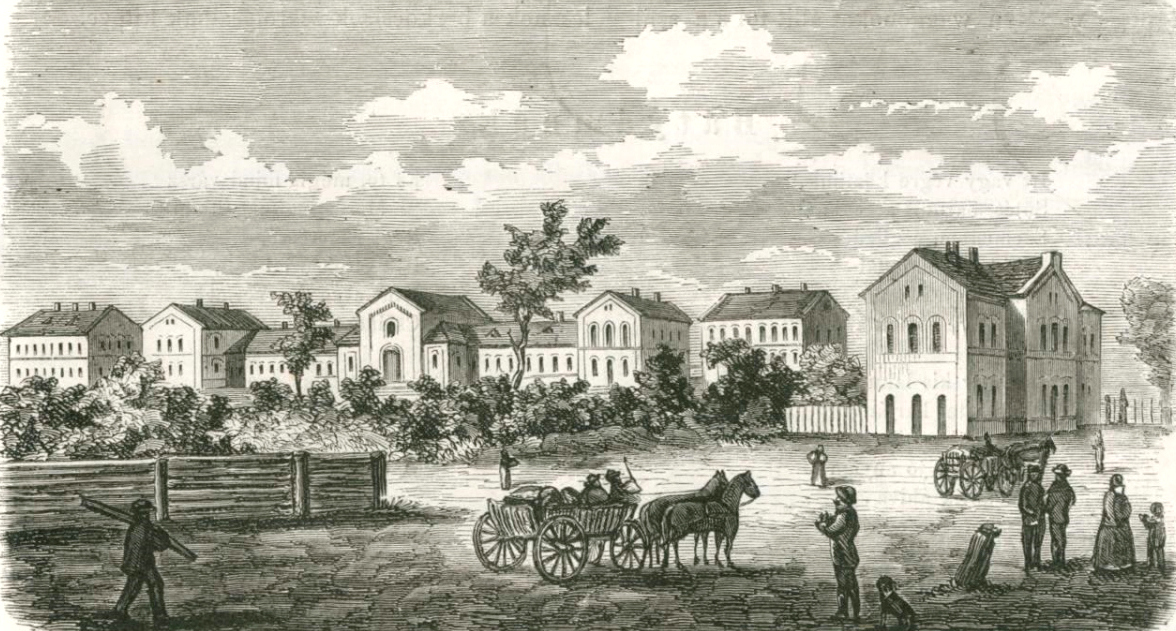 The Józsefváros railway station, the third of Budapest's railway stations, was originally built for a private railway that later went bankrupt. The company was taken over by the state, and this decision brought about significant changes in Hungarian transport policy.

In the 1860s, the Austrian-owned Central Railways in Pest had a railway station on the site of today's Nyugati (Western) Railway Station, while the Southern Railways had a station in Buda, on the site of today's Southern Railway Station. Joining them as the third, the Hungarian Northern Railways' station opened in Józsefváros on 19 May 1867, i.e., 155 years ago. All three railway stations were owned by private railway companies.

The railway line, which was originally called Losonci, later called Józsefvárosi, led in a very important direction, towards Northeast Hungary, more precisely in the direction of Hatvan – Salgótarján – Losonc, and its Pest railway station was located at the intersection of Kőbányai and Fiumei Road. The station, like the other two capital stations, was built as a main station, meaning it was a station from which trains would not go any further. 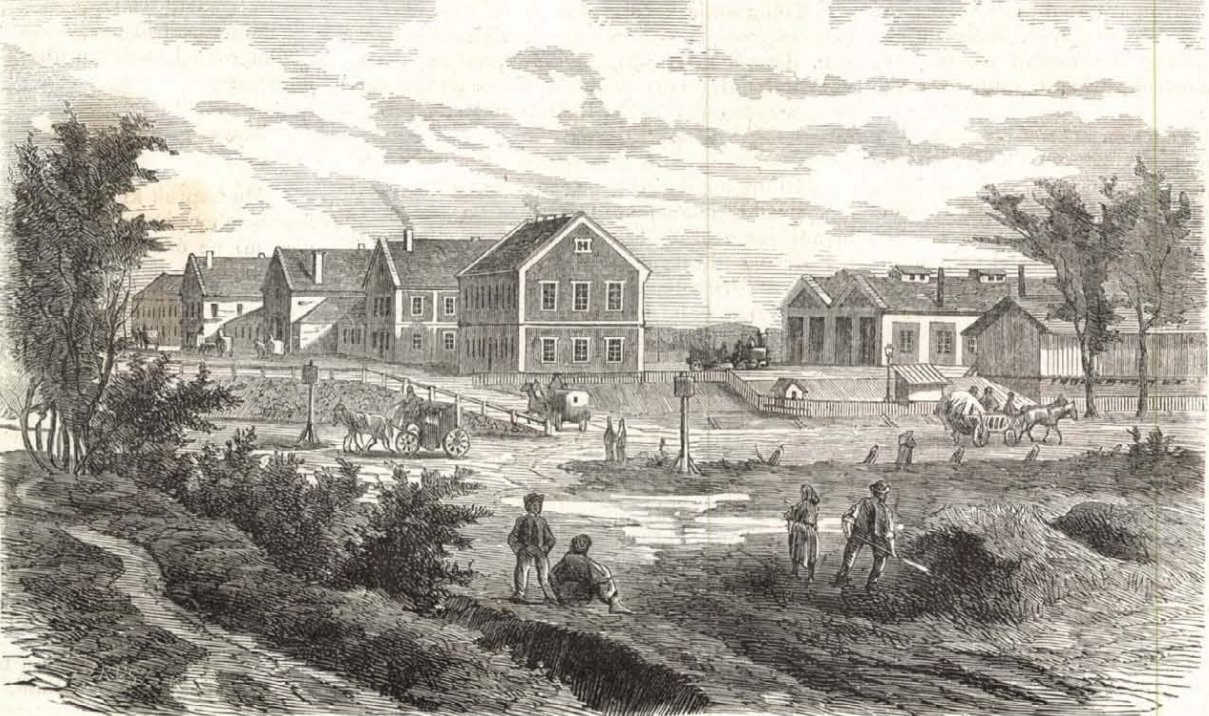 The creation of the railway line did not go without troubles, it is no coincidence that the 1 September 1867 issue of the Vasárnapi Ujság wrote about it:

"This is the latest railway line in Hungary: it has gone through so many hardships, it has been tossed left and right in the midst of so many misfortunes that it would now be possible to rest it in peace if such a humane measure were in vogue on the railways."

The Hungarian Northern Railway Company, which was originally established as the famous Imperial Royal Patent Pest-Losonc-Banská Bystrica Railway and St. Stephen's Coal Mine Association, was not accompanied by luck, as the whole construction was already characterised by scandals and financial problems. At that time, private railways were usually built in such a way that the state guaranteed profits, with a standard guaranteed income of 5 per cent of the capital invested each year. With this, the state wanted to promote very capital-intensive railway construction.

Licenses were usually issued by the state from the outset in such a way that the line passed to the state after a certain patent period, which was also offset by this interest subsidy. 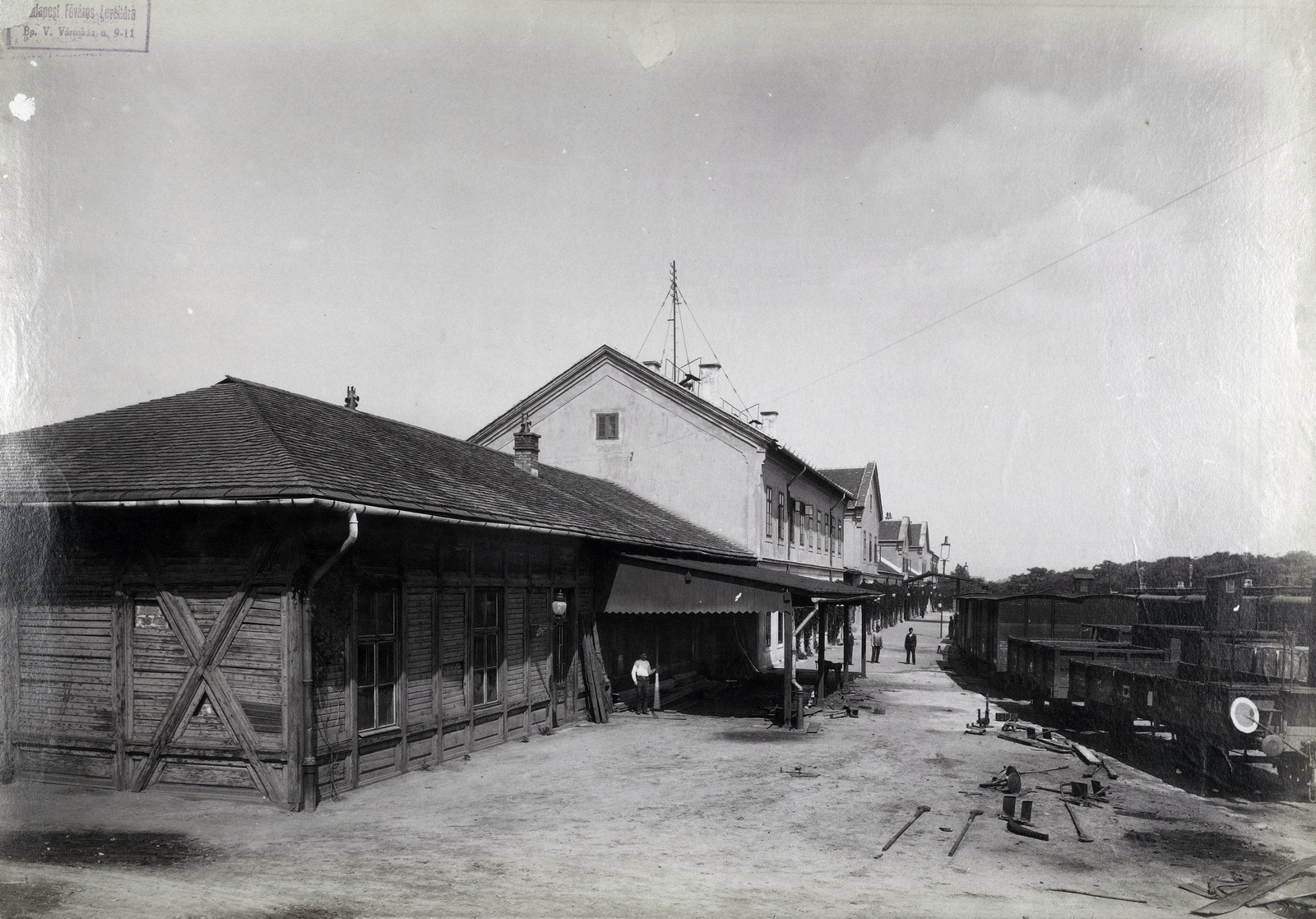 However, the Hungarian Northern Railway, which received a 90-year concession to operate the railway line, did not have enough money to provide the security deposit required for the interest rate insurance. The bank that managed its shares and bonds went bankrupt in 1865, which almost dragged the entire railway company, but at that time the Austrian state rescued it, so the line could be opened in 1867.

The Losonci, i.e., the later Józsefvárosi railway station, was opened on 19 May 1867. However, the railway line was loss-making, and it was unable to pay any instalments that were mandatory for shareholders, so the company turned to the state. At that time, the Hungarian government formed as a result of the Compromise was responsible, which finally decided not to save the railway line, but to take it into state ownership, i.e., the Hungarian state railway company was formed, which took the name of the Hungarian Royal State Railways on 31 October 1869. 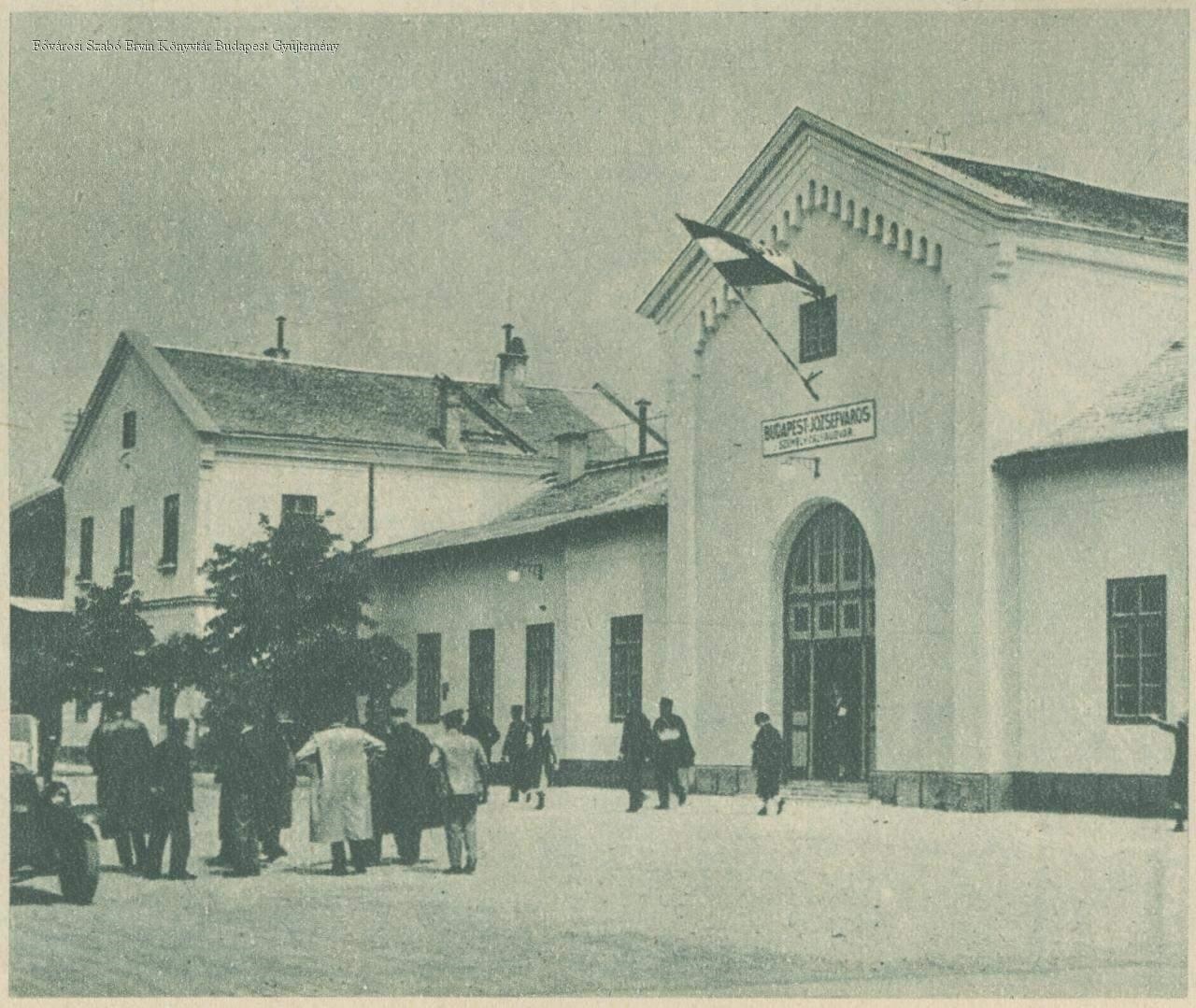 The station again as a passenger railway station, in 1936 (Photo: FSZEK Budapest Collection)

With the acquisition of the Northern Railway, as well as a station in Pest, by the Hungarian state, the Hungarian transport policy changed fundamentally, which had a significant impact on Budapest as well. The fact that the state-owned railway station was in the southeastern part of the city helped to decide where the railway bridge should be in Budapest. Namely, if it had been built in the north according to the original plans, it would have connected the (present) Nyugati (Western) and Déli (Southern) railway stations, i.e., the stations of two private companies, and the connection over the Danube would have been controlled by foreign companies.

However, if the connection between the two halves of the country is established in the south, including the Hungarian state-owned MÁV railway line, then the strategically important railway line and the bridge will remain in the hands of the Hungarian state. Eventually, this idea became a reality, and by 1877 the connecting railway and the Connecting Railway Bridge were built in the south. 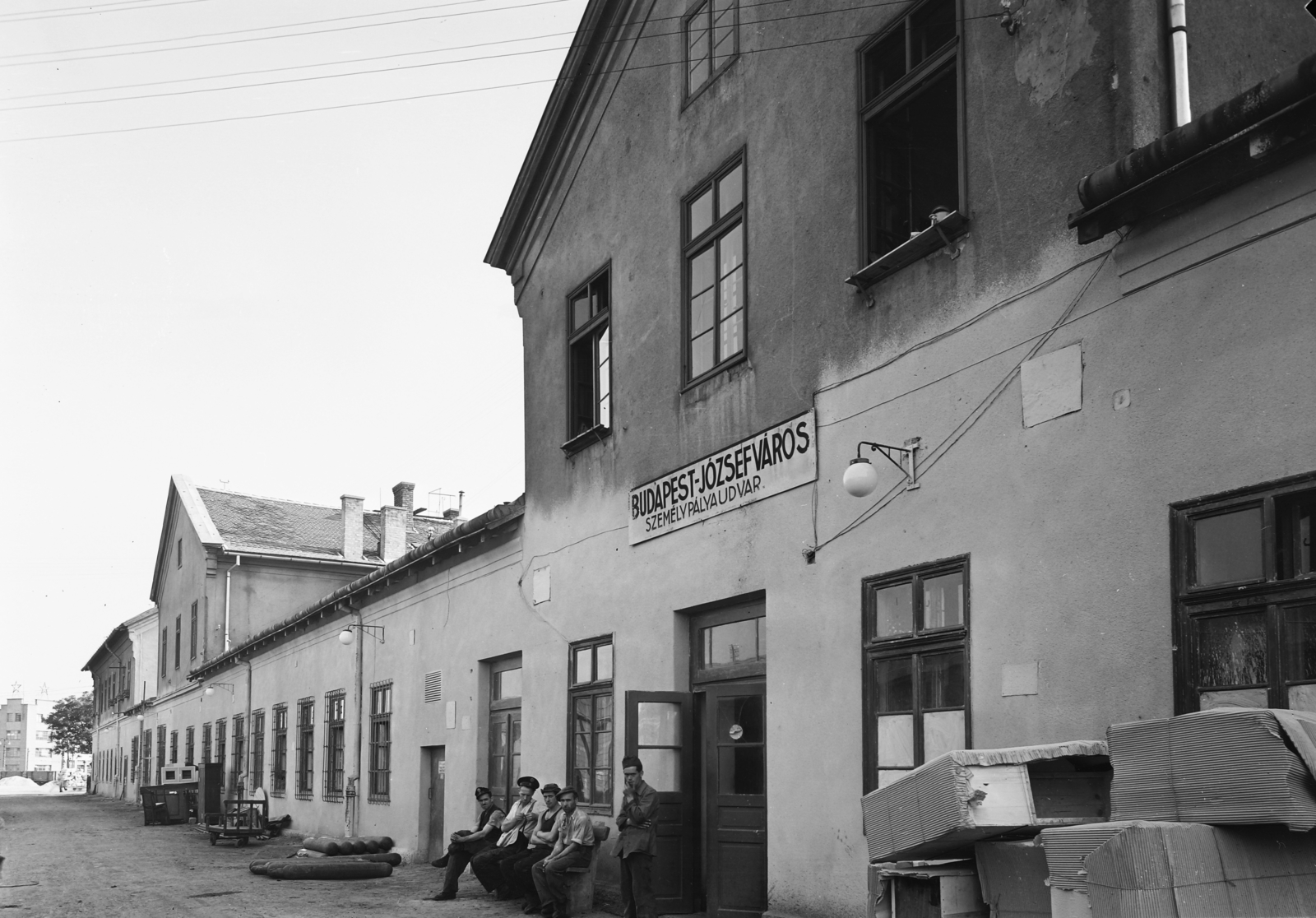 In fact, the station was only a forced passenger railway station, it was intended to be a freight station from the outset, so MÁV have thought of building a representative central railway station for themselves instead of a station almost since they were formed.

This happened, in 1884 the new MÁV railway station was opened, today's Keleti (Eastern) railway station, which took over the role of the Józsefváros railway station, so the latter was used exclusively as a freight station, and from 1936 to 2005 it also operated as an additional passenger station. The last passenger train left on the evening of 10 December 2005 from there, after that, the station was closed.

Cover photo: At the opening of the railway station (Source: FSZEK Budapest Collection)