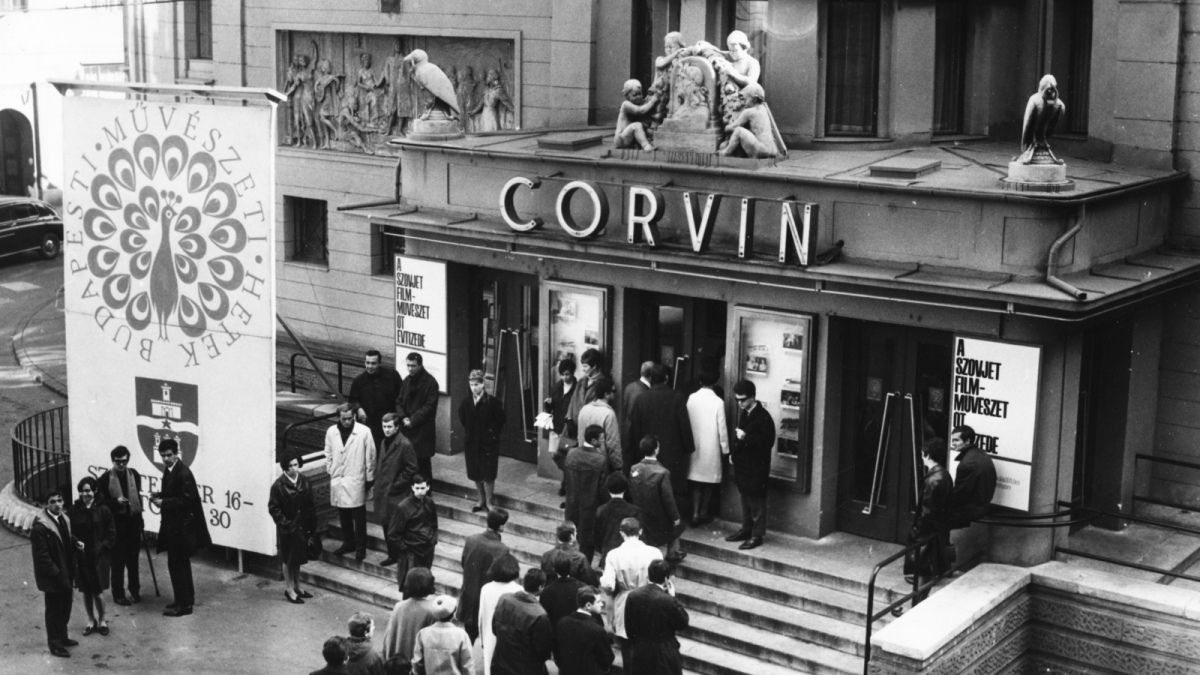 The wide-screen cinema in Pest is 65 years old: Corvin presented a Soviet film

Today, it is natural that the screen in the cinema is huge, it can be up to 24 metres wide and 18 metres high, and you can watch movies with surround sound or in 3D. In the 1950s, however, it was different in Hungary, the screens in the cinema were only a few metres wide. The first wide-screen cinema was Corvin, damaged during the revolution and rebuilt in 1957.

The Corvin cinema is legendary. The place is much more than a cinema, as it is on the one hand a fantastic movie palace, and on the other hand, Corvin Lane is a national memorial, one of the most important locations of the 1956 revolution and war of independence.

The Corvin cinema was originally opened in 1922 and will be 100 years old in November. During its first 35 years, it lived its everyday life as an elegant cinema in Budapest. The most significant changes took place in the mid-1950s. On the one hand, the Hungarian state got its ownership back from the Soviet Union in 1955 (after World War II, all German interests automatically became Soviet property), and on the other hand, the cinema was damaged during the revolution.

One of the important locations of the 1956 revolution and war of independence was the Corvin Lane, well defended in street battles due to its unique design, where the freedom fighters heroically tried to repel the Soviet occupying troops, but this also resulted in damage to the cinema building, which also caught fire. After the revolution was suppressed, the new power that was established began to erase the traces of the war of independence. 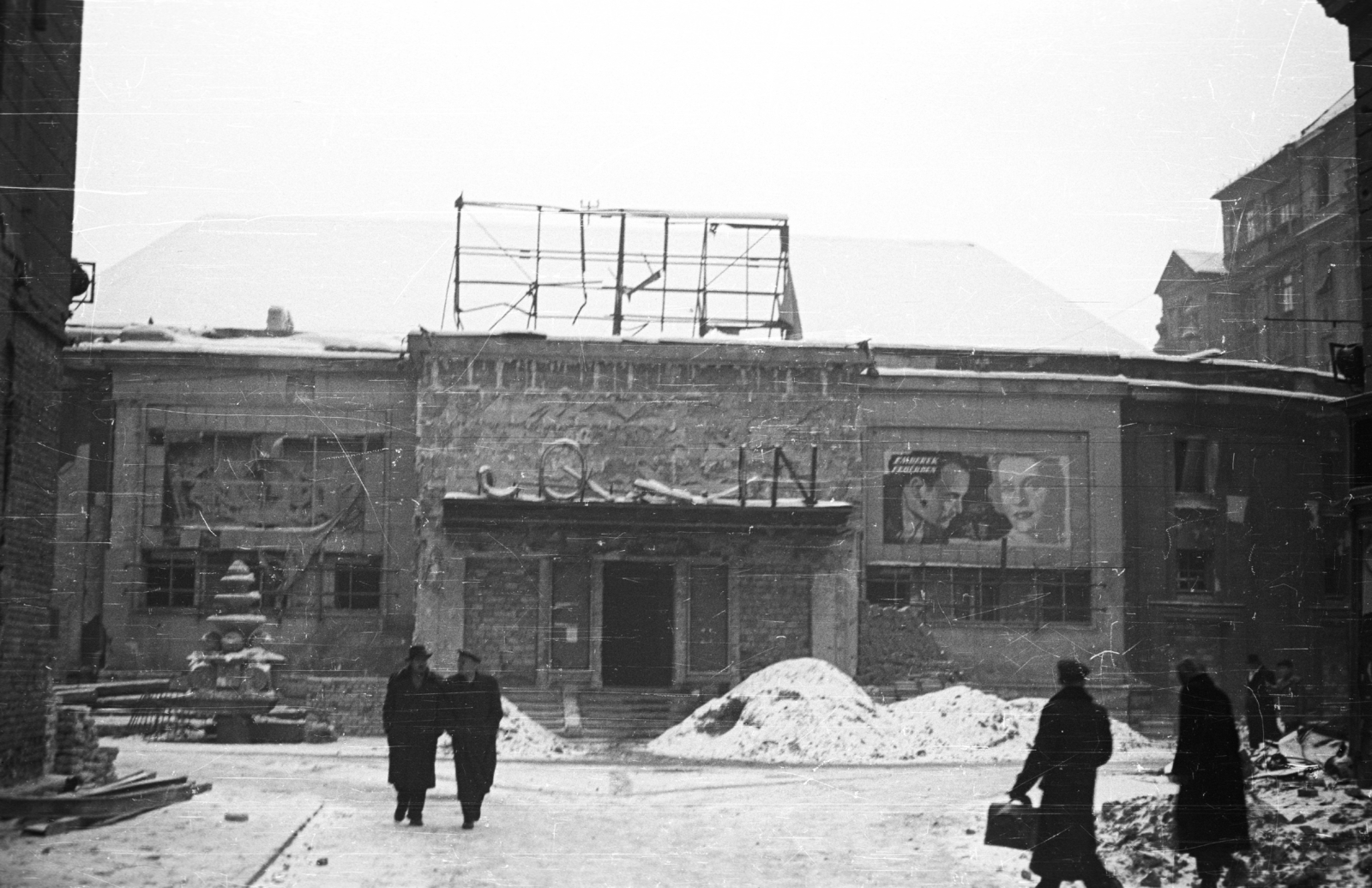 The Corvin cinema after the suppression of the revolution (Photo: Fortepan/No.: 40190)

The reconstruction of the cinema was completed by September 1957, but the old conditions were not restored, but a larger-scale renovation was carried out. In the auditorium, the rows of seats were slightly thinned out to accommodate the visitors more comfortably, but the biggest change was in the projector and the screen, and behind it. Dresden I type East German projectors were placed in the screening room, and a four-channel Klang speaker system was installed next to it.

The opening was originally planned for June, and the first film to be screened, a colourful, wide-screen Soviet production, Don Quixote, was already scheduled for that time. As well as a Hungarian work, because at that time the first wide-screen Hungarian short film had already been made, a 20-minute short film about the sights of Eger directed by Tamás Fejér, and it was also planned to be presented at the opening of Corvin.

The old screen of the cinema was 5.8x3.5 metres, but the new, wider screen was 14.6 metres wide and 4.3 metres high. A total of 10 loudspeakers were placed behind the screen in three groups to transmit the speech sound - always from the side where the talker was on the screen - while five additional effect speakers were installed on both sides of the auditorium and 4 additional effect speakers behind the auditorium. If the projected film was not wide-screen, the "redundant" part of the screen was covered by a motorised curtain. At that time, in 1957, this was unique among Hungarian cinemas, it represented a real leap in cinema quality. 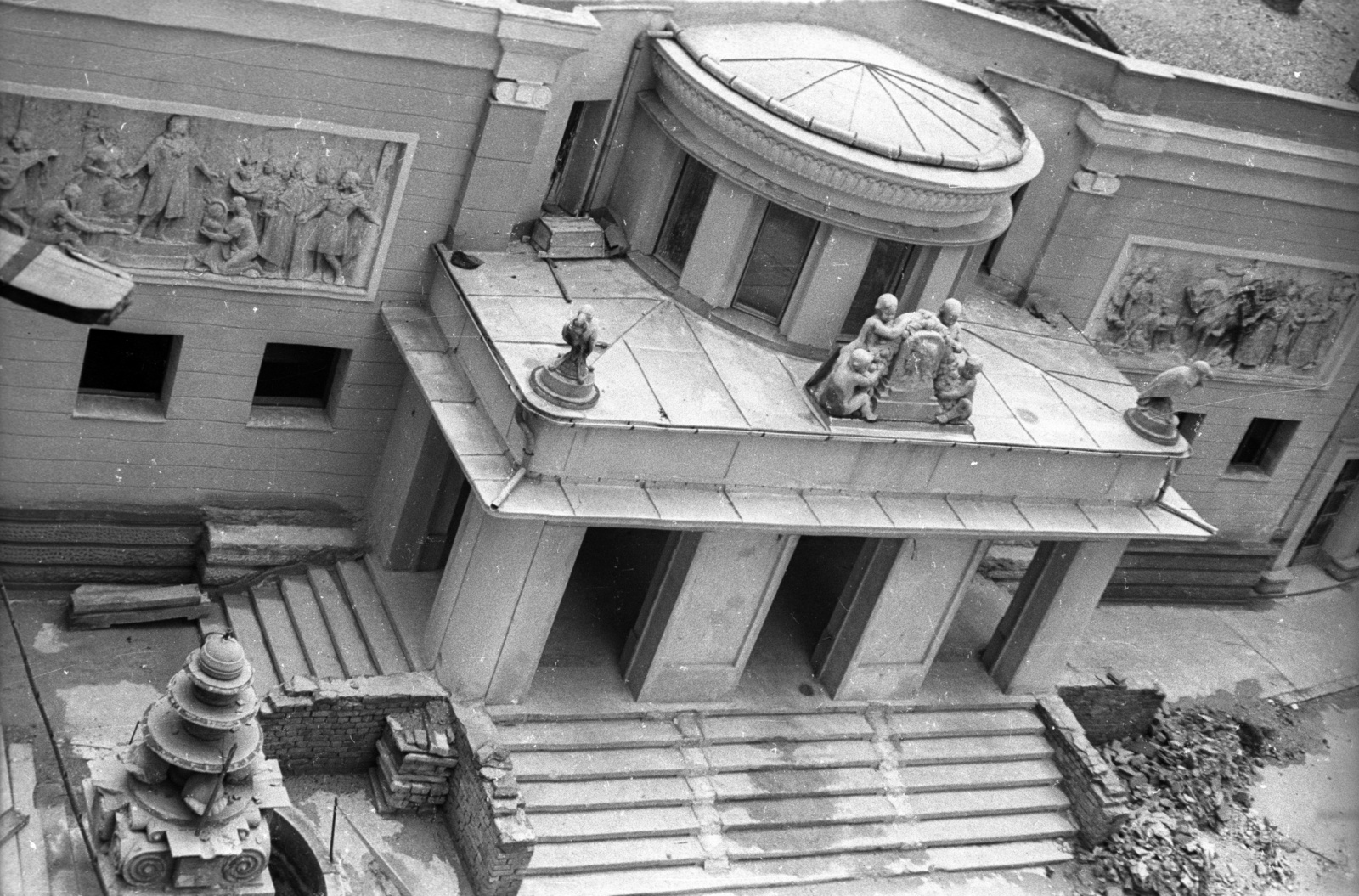 The cinema under construction in 1957 (Photo: Fortepan/FSZEK Budapest Collection/György Sándor)

The grand opening took place months after the originally planned date, only on 12 September 1957, but the opening film remained Don Quixote, so no one was bothered by the fact that the film's release was delayed by a few months. Cervantes' story was adapted by Grigori Kozintsev in 1957, the film was shown at the Cannes Film Festival, and was also shown in the USA in 1961. Indeed, this film could not use all the features of Corvin's sound system, because according to the IMDB data, the film was made with mono sound. The newspapers did not write about whether the Hungarian short film was screened at that time. 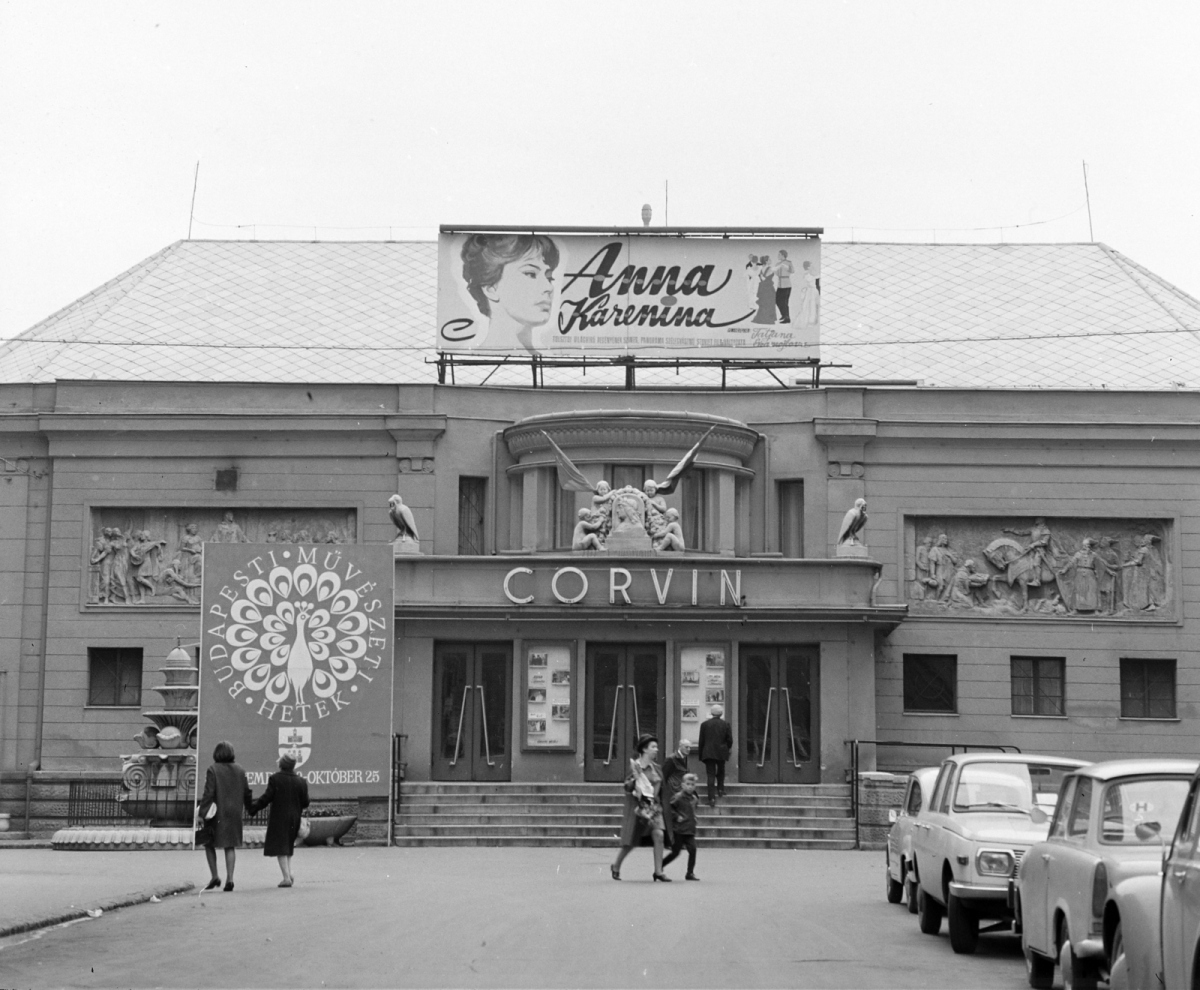 The cheapest ticket to the Corvin movie theatre was 4 HUF, and the most expensive was 10 HUF. In the 14 September 1957 edition of the evening Hírlap, journalist Károly Kristóf expressed his enthusiasm about the effect of the new image and sound system on the visitors of that time:

"In the first few minutes, the viewer is just dreaming, until he realises the "style" of the cinemascope in the beautifully reconstructed, comfortable auditorium of the Corvin cinema, observing the new technology. Then he dives into enjoying the perspectives and colours of the film with oblivious beauty. He listens for the slightest snort, sigh, and breath (which sounds as if it is right next to him, even though the actor in the film is wheezing). For the loud noises, which do not crackle from the speakers, but sound like fortissimo in the concert hall. And as soon as the eyes and ears get over the familiarisation, the first impressions of the spectacle, they already accept the plot and the landscapes as dear friends, somewhat disloyally forgetting the earlier films that were not seen on the big screen."

After that, the Corvin was the jewel of Hungarian cinemas for a long time and survived the process that meant the complete transformation of the Budapest cinema network and the disappearance of many smaller cinemas, as cinemas - except for a few artist cinemas - moved into the larger shopping centres. The exception to this is the Corvin, which, transformed and renewed as a true movie palace, is still one of the most important cinemas in Budapest. The current size of the screen in the largest room of the cinema, the Korda Room, is also larger than the size of the screen in 1957: 17.4x7.4 metres.