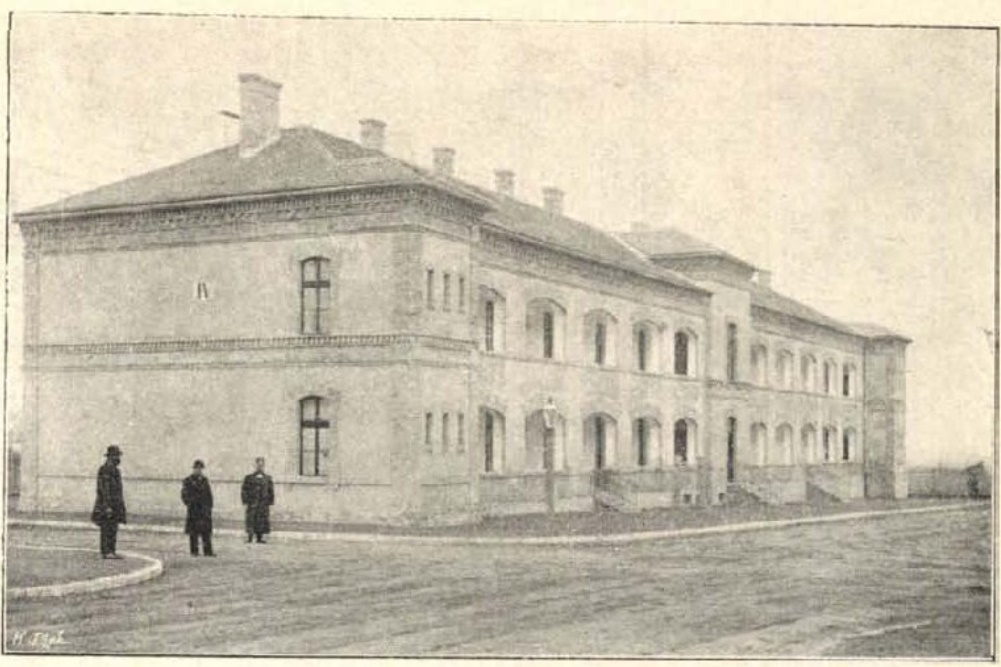 Thirty-six square metre flats with a room and kitchen, into which families of 4-5 people moved, there was only one water tap per three apartments in the corridor. This was provided by the Kén Street model workers' housing estate, handed over 125 years ago, in 1897. Compared to the housing conditions of the time, a new home here really represented progress, but the 96 flats handed over at that time remained a drop in the sea of misery. The microdistrict, later known as Kis-Dzsumbuj, was demolished a few years ago.

In the 19th century, Budapest grew enormously, but there were hardly any suitable flats for the incoming new workforce. The housing conditions in Budapest were deplorable, as far as housing for poorer people was concerned. Many people lived in one-room basement apartments, but those who could live in a room that was above the ground were not much better off either, since 5-10 or even more people, i.e. even several families, could live in one room. Many workers only rented a bed in an apartment or hostel, but even that had to be shared with someone else, even a stranger.

The care of the homeless was not carried out by a municipal or state body, but by an association in Budapest, namely the Homeless Shelter Association, founded in 1880 as a private initiative. At that time, if the police found someone lying on the street, sleeping, they were taken to the lock-up house, as it was seen as disorderliness or a breach of peace.

The association operated hostels for the homeless, but this NGO was also active in other directions, for example, it was also involved in the construction of model workers' flats. As early as 1883, the association initiated the construction of such a "housing complex". Finally, in 1896, an agreement was reached between the capital and the association. The plot was given by Budapest, with the aim of building a home for a hundred families, and 151,200 forints was spent on the costs. 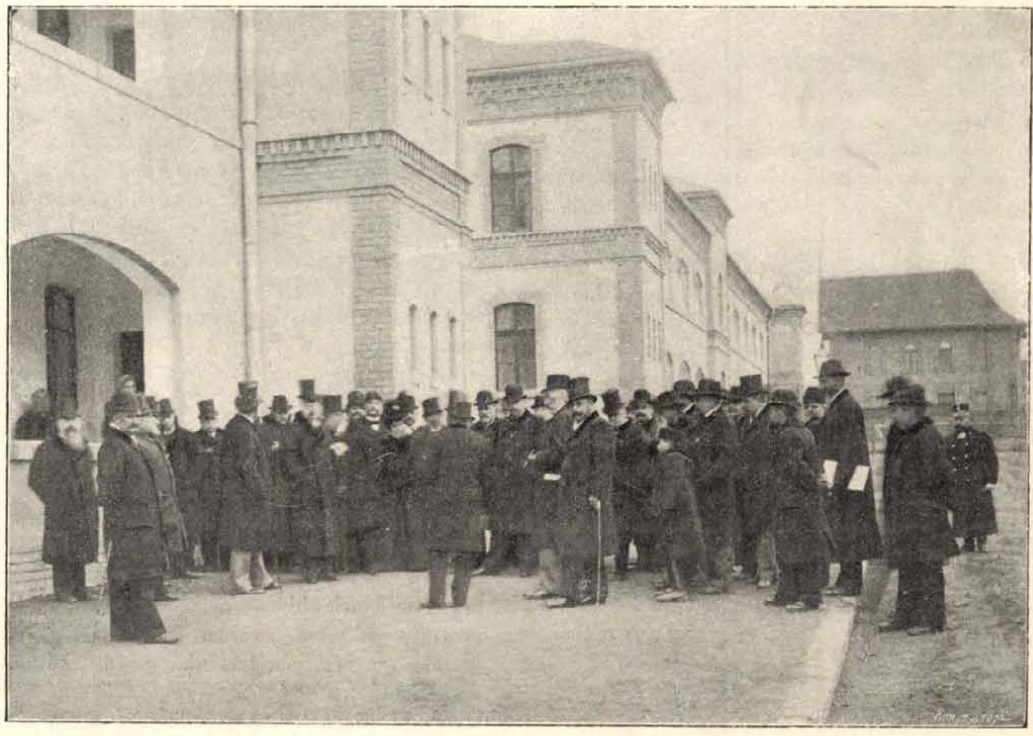 The workers' flats were built on Kén Street, and a total of 4 single-story buildings were erected. Do not think of today's housing estate flats here, a total of 96, i.e. 24-24 per house, room-kitchen apartments were built in these four houses, which included a basement and an attic. The houses were handed over on 28 November 1897. Magyar Újság wrote the following about the new apartments on 27 November 1897:

"This will be the basis for the final solution to the workers' housing issue. Because Baron Frigyes Podmaniczky, the president of the "Shelter for the Homeless" association, and the zealous secretary of the association, Ödön Neuschloss, an industrialist, found a way to build workers' flats, without increasing the burden either on the capital or on society."

The individual construction cost of the flats was 1,500 forints, and they were utilised as rental flats, the annual rent for a flat was originally planned for 104 koronas, but in the end, it became 195 korona a year, which was high (40 per cent of a worker's salary), but despite that, profit was not really the goal here, rather it was intended as a kind of model since these nearly one hundred apartments were a drop in the ocean. The rent did not change for a long time, while market rents continued to increase. 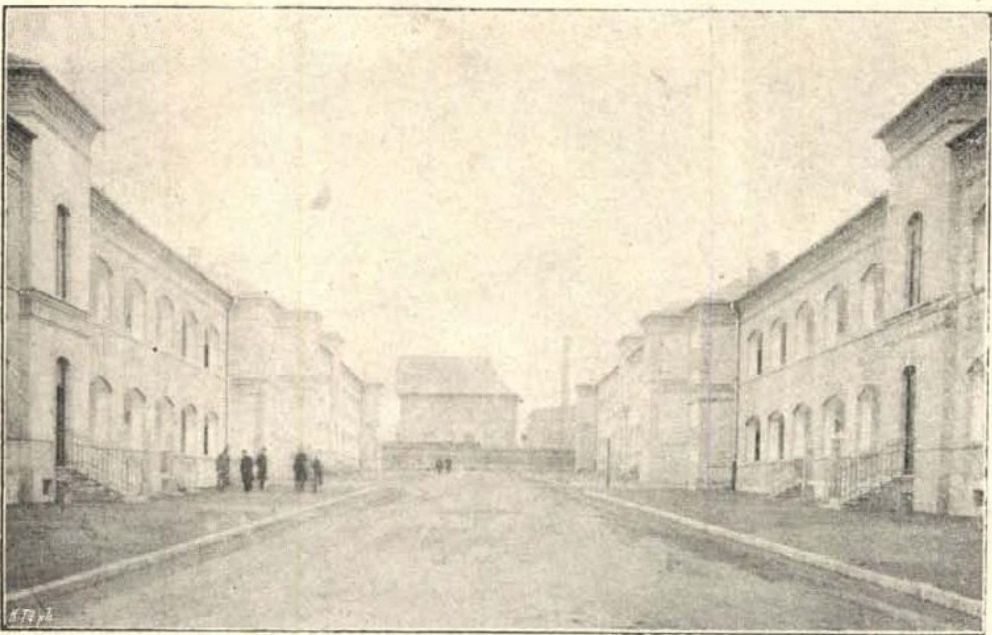 36 square metres, one room, for families of 4-5 people, this was almost a luxury at the time (Source: Vasárnapi Ujság 19 December 1897)

The original idea was that these houses would serve as an example for entrepreneurs who would build such flats in larger numbers, in return for which they could receive discounts from the state so that the investment would be commercially worthwhile. The association strove to work with cheap, but not low-quality materials and contractors who did good work, who also gave a discount here, so the flats were built in good quality. The finished flats themselves were described in the 29 November 1897 issue of the Pesti Napló as follows:

"Complete democracy reigns in the workers' houses. All apartments have the same whitewashed kitchen and a whitewashed single-window street room. The kitchen receives light from the window cut into the door. There is an iron stove in the kitchen and a small iron stove in the room. That is all the furniture for now. Because the ninety-six flats are still empty, but all of them already have owners, who must be impatiently waiting for the 29th, when they can move into their new apartments. A family of four or five can comfortably fit in such a flat, which is bright, clean and healthy."

The size of the rooms was 22 square meters, the kitchen was 13 square meters, and a pantry opened from the kitchen. There was no running water in the kitchens, there were 2 taps on each of the corridors, from which 6 flats opened, and 3 toilets, i.e. one for every two flats. A laundry room was created in the basements. 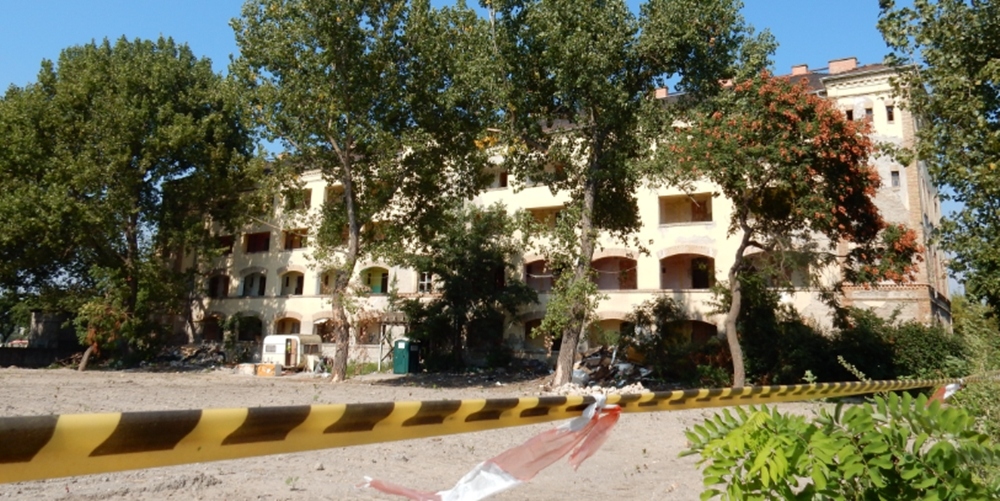 The end of the housing estate, before demolition in 2016 (Photo: pestbuda.hu)

In other words, 4-5 people lived in one room, but this was a significant improvement for the 96 families who moved in at the time. According to the aforementioned Pesti Napló article, many dignitaries also appeared at the handover of the houses:

In 1925, the houses of the estate were further expanded by adding floors, and new flats were created in them. The common bathhouse, kindergarten and shop building planned at the time of handover were not built in the end. The residential buildings, called Kis Dzsumbuj in the 1980s, were demolished in 2016.