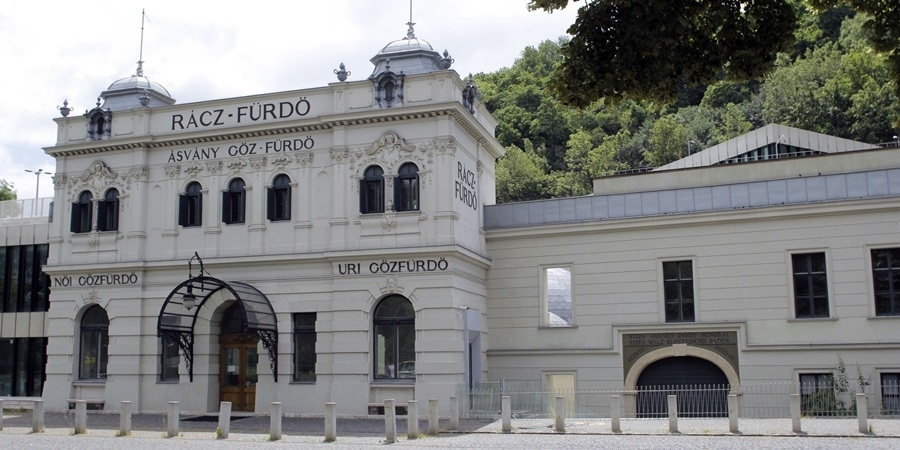 The story of Rác Bath has reached another milestone, after standing empty for ten years since its renovation. During the liquidation procedure, Budapest Gyógyfürdői és Hévizei Zrt. (BGYH) was the only bidder to buy the spa and the hotel built at the starting price of about five billion HUF. However, the opening will have to wait, as the building needs further renovations.

Only Budapest Gyógyfürdői és Hévizei Zrt. (BGYH) bid for the Rác Bath in Tabán in the 1st District and the 67-room hotel built next to it. The company owned by the capital bought the complex at the starting price of about five billion forints. The spa and the hotel – which did not open after the renovation or construction – were auctioned as part of the liquidation proceedings of Rác Nosztalgia Kft.

Although various legal entities had pre-emption rights, no one exercised these.  This may also be due to the fact that the operation of the spa requires the acquisition of a license to use the water, which the BGYH itself otherwise holds. This company also owns the plot on which the building complex stands.

Perhaps the current change of ownership will settle the fate of the Rác Bath, which has been decaying for a decade. It needed urgent renovation in 2002 when it was closed, with promises that the work would be finished by 2004. However, this did not happen. The renovation was burdened with several ownership and legal complications, previously reported in detail.

The Rác Bath was renovated in the first half of the 2000s, but was not opened. The interior in 2014 (Source: Csilla Halász-József-Őrfi-Zsófia Viczián: Ybl all, 2014, Photo: Sára Timár)

However, the opening has yet to be awaited, as the technical condition of the building, which has been empty and abandoned for years, has deteriorated and needs to be renovated again.

The owner Heinrich Johan Nepomuk asked Miklós Ybl to rebuild and expand the Rác Bath, originally built in the Ottoman Period in the 1860s. In addition to the conversion of the existing parts, two new domed halls were built for the bath in the first phase.

It was then that the steam rooms and baths, and service units next to the hot water pool were completed. The smaller domed women's bath with showers was built at the same time. Finally, the octagonal dome hall of the warm pool was built in 1896.

During the complete renovation carried out in the first decade of the 2000s, work was carried out according to Ybl's plans, and if possible, the spa was restored based on contemporary documents. This is evident on the façade, which regained its original off-white colour instead of the previous yellow tones. Furthermore, the renovation of the interior was also based on the original plans.