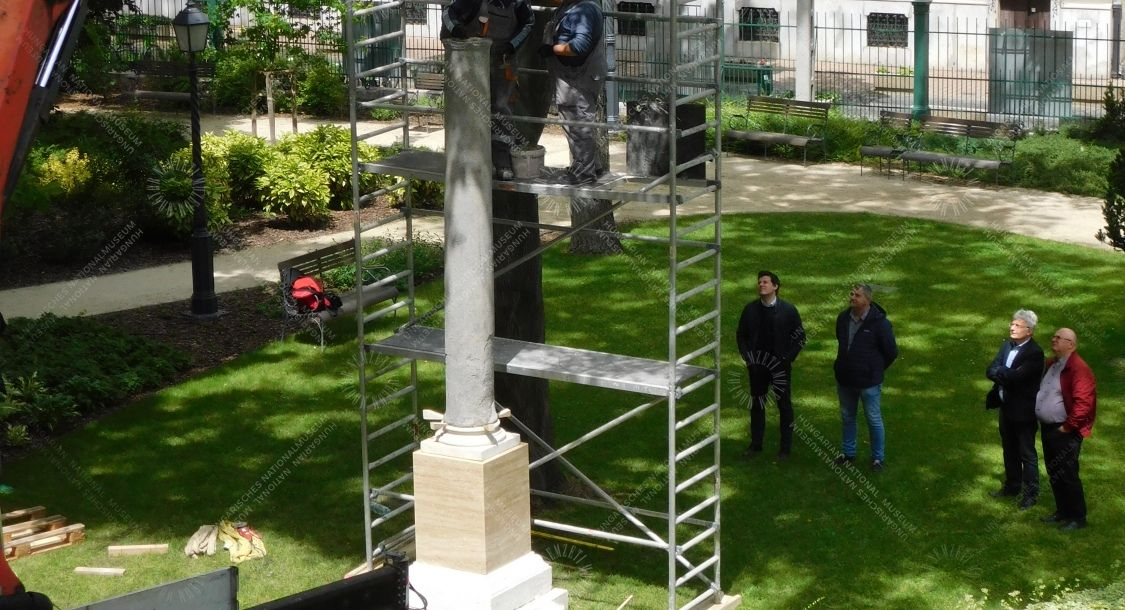 After its restoration and partial reconstruction, the column donated to Hungary by the Italian capital in 1929 was re-erected in the garden of the Hungarian National Museum. The column originates from a former temple of the Forum Romanum in Rome.

The Forum Romanum column can again be seen in the garden of the Hungarian National Museum. It was named so because it comes from the centre of ancient Rome, the Temple of Peace that once stood on the Roman Forum. How did it get to Budapest? The column was erected in memory of Alessandro Monti and the Italian Legion he led in the Hungarian War of Independence in 1848-49 on 18 May 1929. 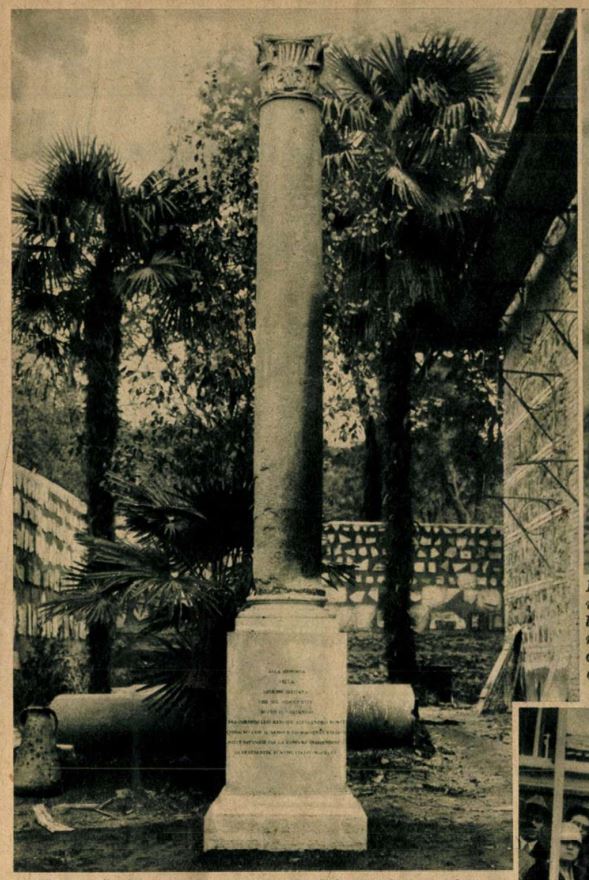 Photograph of the column from the Forum Romanum in Rome (Source: Képes Pesti Hírlap, 7 April 1929.)

According to the Hungarian National Museum website, the monument was a gift from the city of Rome and was originally known as the Monti memorial column. On the occasion of ita inauguration in 1929, an imposing ceremony was held at which Count István Bethlen, Prime Minister, and Count D'Ancora, Deputy Governor of the City of Rome, gave speeches, followed by Count Kuno Klebelsberg, Minister of Religion and Public Education, who accepted the monument and presented it to the Director fo the National Musem, Bálint Hóman.

Inauguration of the column in 1929. During the ceremony, Prime Minister Count István Bethlen laid a wreath at the monument to Alessandro Monti and the Italian Legion he led in the Hungarian War of Independence in 1848-49, a gift from the city of Rome (Source: MNM Historical Photo Gallery, mnm.hu)

The slender granite column was originally intended to be placed in Buda Castle but was eventually placed next to the main stairs of the Hungarian National Museum, where it stood until 2018 when the Museum Garden was last reconstructed. The column was returned to the Museum Garden after its current restoration. A statue of the museum's founder, Ferenc Széchényi, now stands in the column's former place. 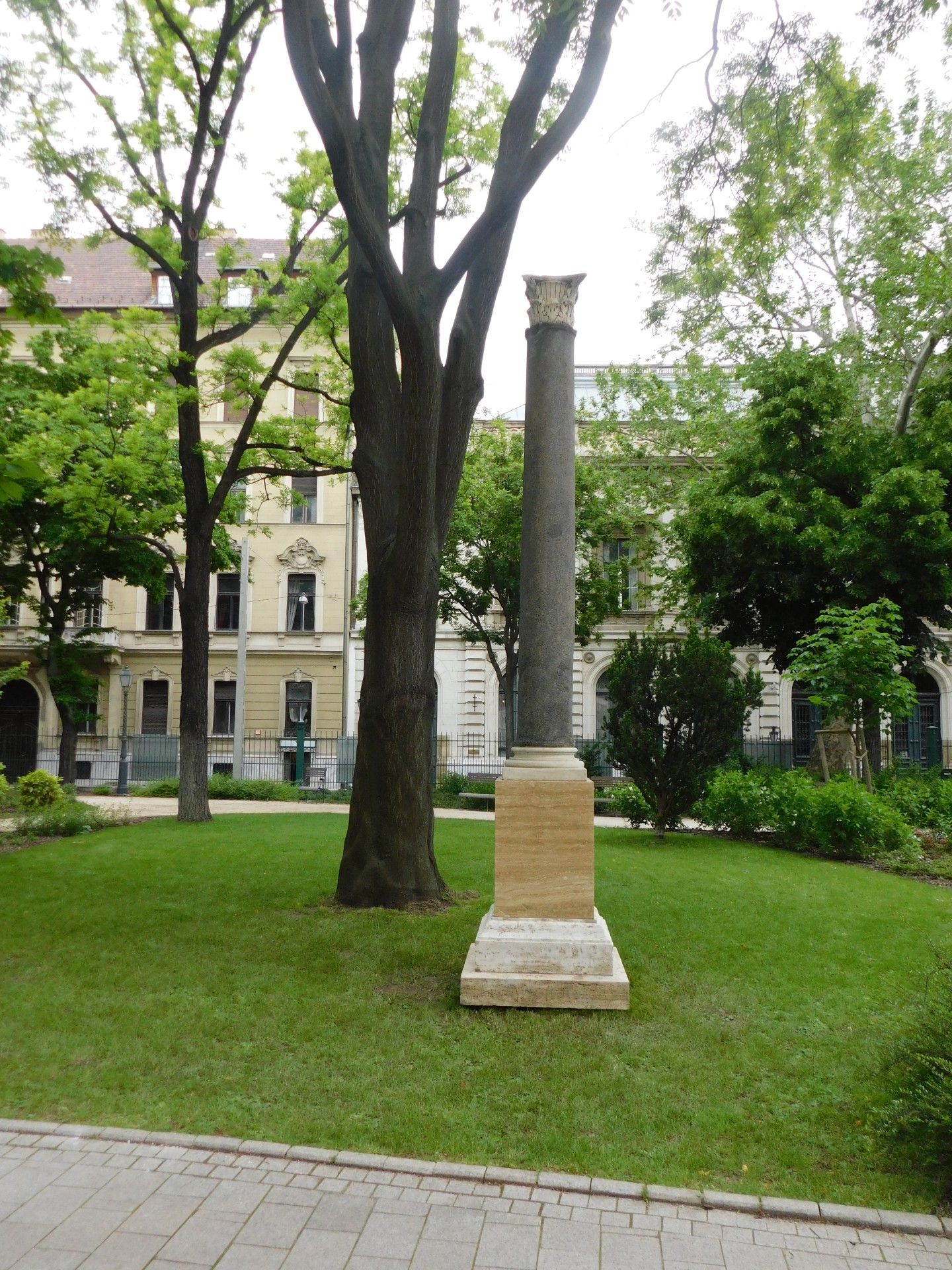 The restored Forum Romanum column has taken its new place in the Museum Garden (Photo: mnm.hu) 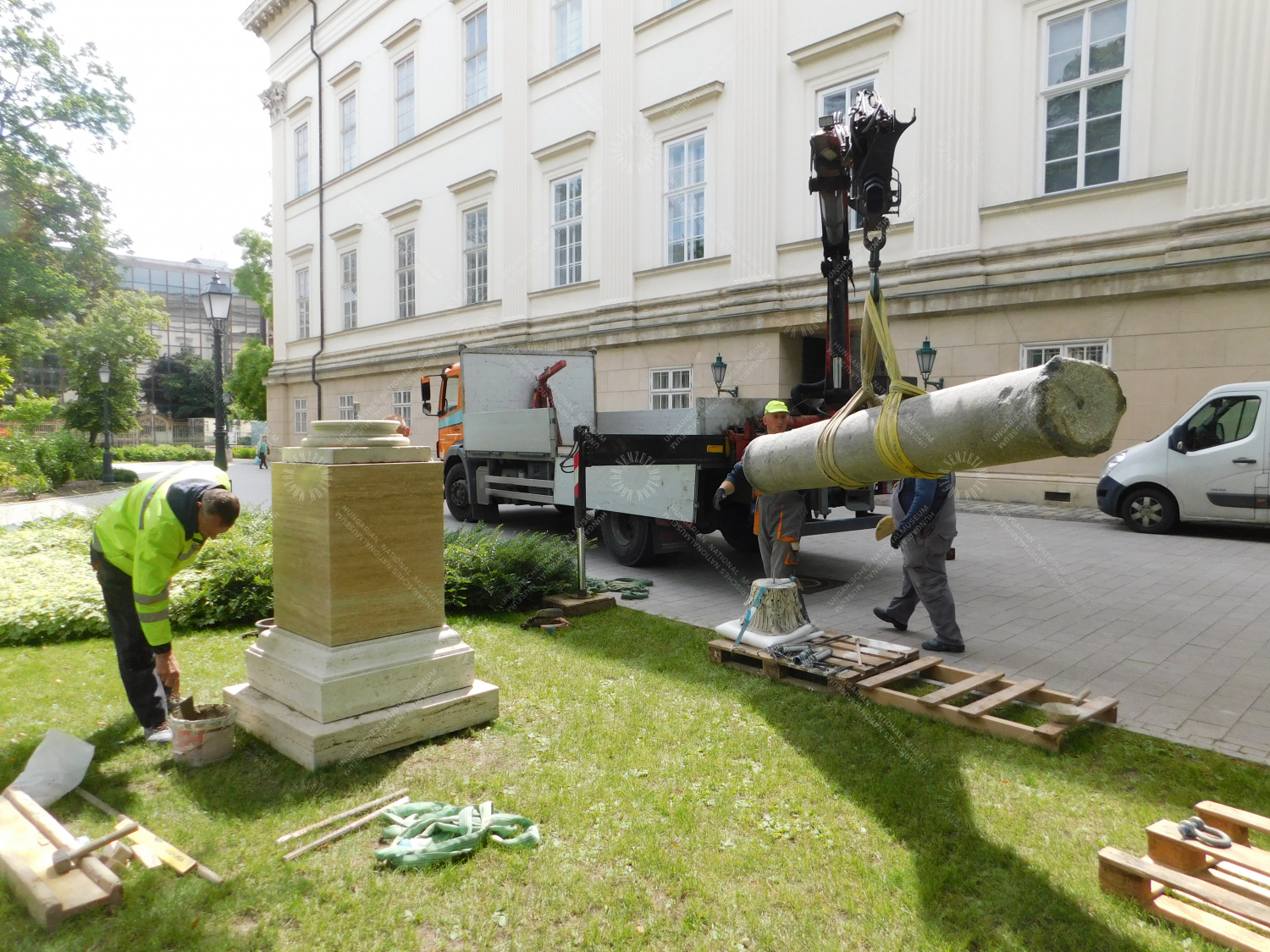 The column is put in place (Photo: mnm.hu) 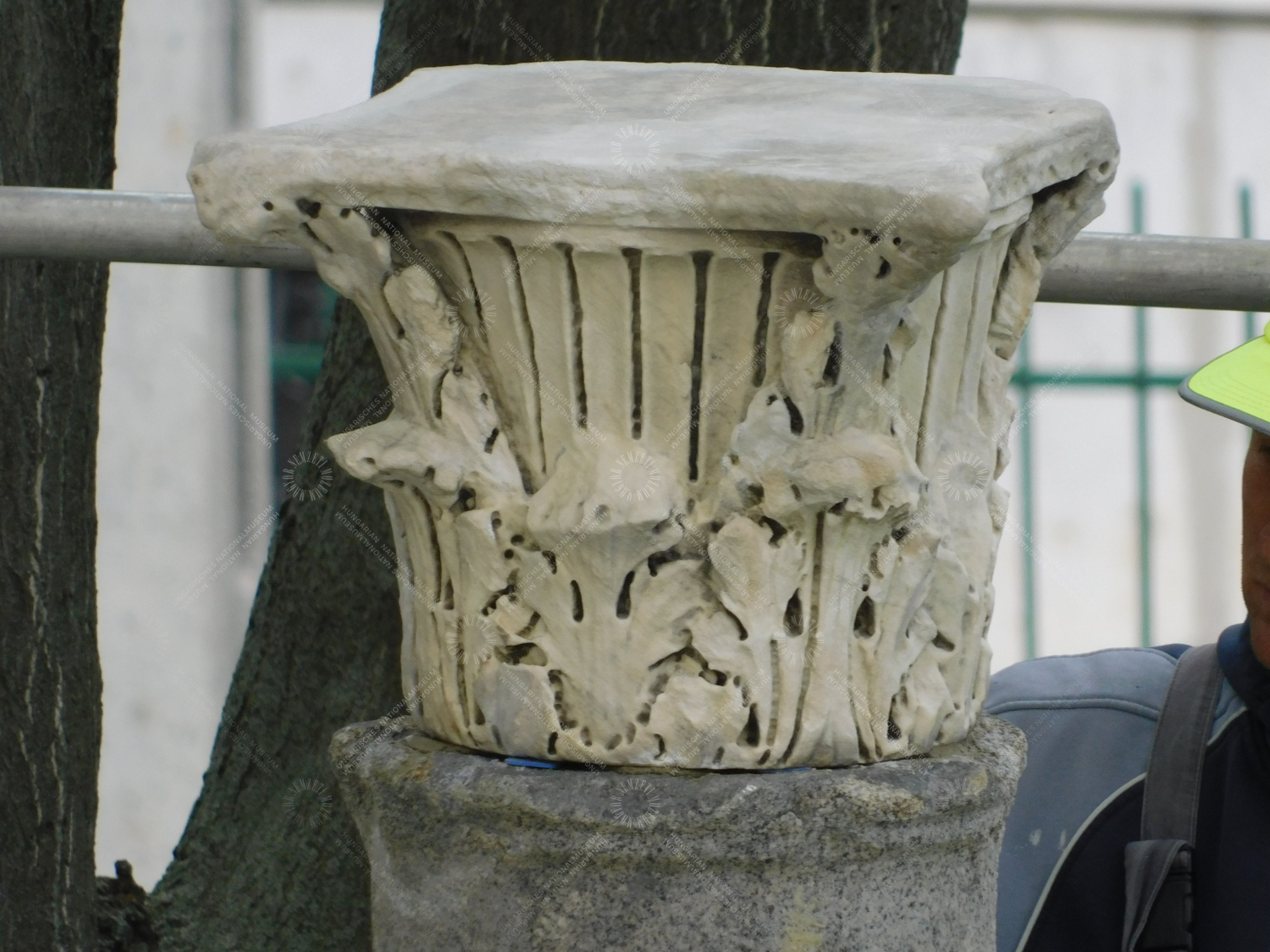 The restoration of the monument was carried out by György Asztalos, a certified stone restorer. Belvárosi Építő Kft. handled the construction of a new pedestal and placing the column. The works related to the Roman Forum column were carried out by the Hungarian National Museum using its own resources with the support of the NKA.