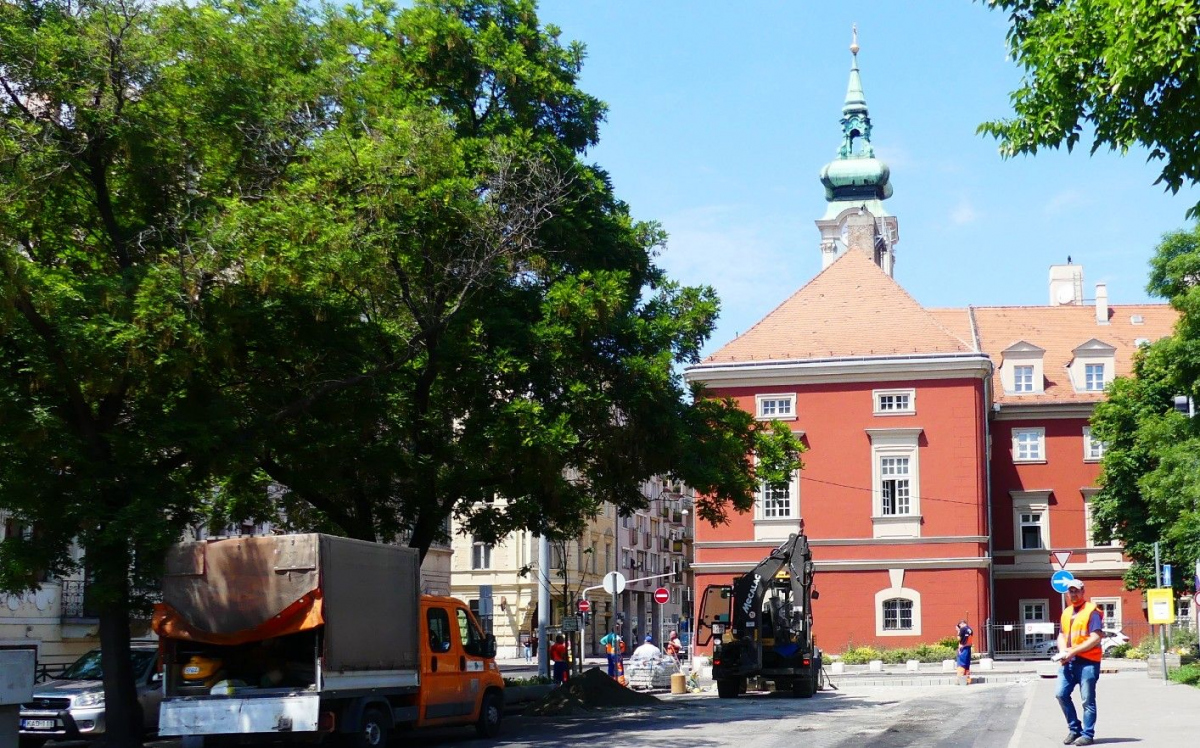 Hungarian version of the article: Átalakítják a Batthyány teret

The renovation of Batthyány Square aims to increase pedestrian-friendly and green areas and to better serve the needs of pedestrians, the Budapest Transport Center has announced. Due to the works, traffic rules will change in the area, and the stops of buses departing and terminating here will be moved.

The renovation and transformation of Batthyány Square have been on the agenda for a long time. Now the Budapest Transport Center is transforming the space in cooperation with the 1 District local council. In the course of the works started today, the service road near Fő Street parallel to the Danube will be closed, and a pedestrian-friendly area created. The announcement states that the local council will create a pedestrian area covered with flowers, renovate the green areas and benches, and install several new rubbish bins.

The Budavár local council has written on Facebook that no major renovation of the square is planned. It was recently revealed that the Budapest Development Center is planning to insulate the roof of the underpass tunnel used by the suburban railway tracks in the coming 2–3 years. As such a project would have a major impact on the square, any major renovation efforts will only be planned after the work has been completed.

For the time being, no. 39 buses will stop in front of the Market Hall, in the future, they will terminate and depart from the service road in front of Saint Anne's Church (Photo: Lívia Blázsovics / pestbuda.hu)