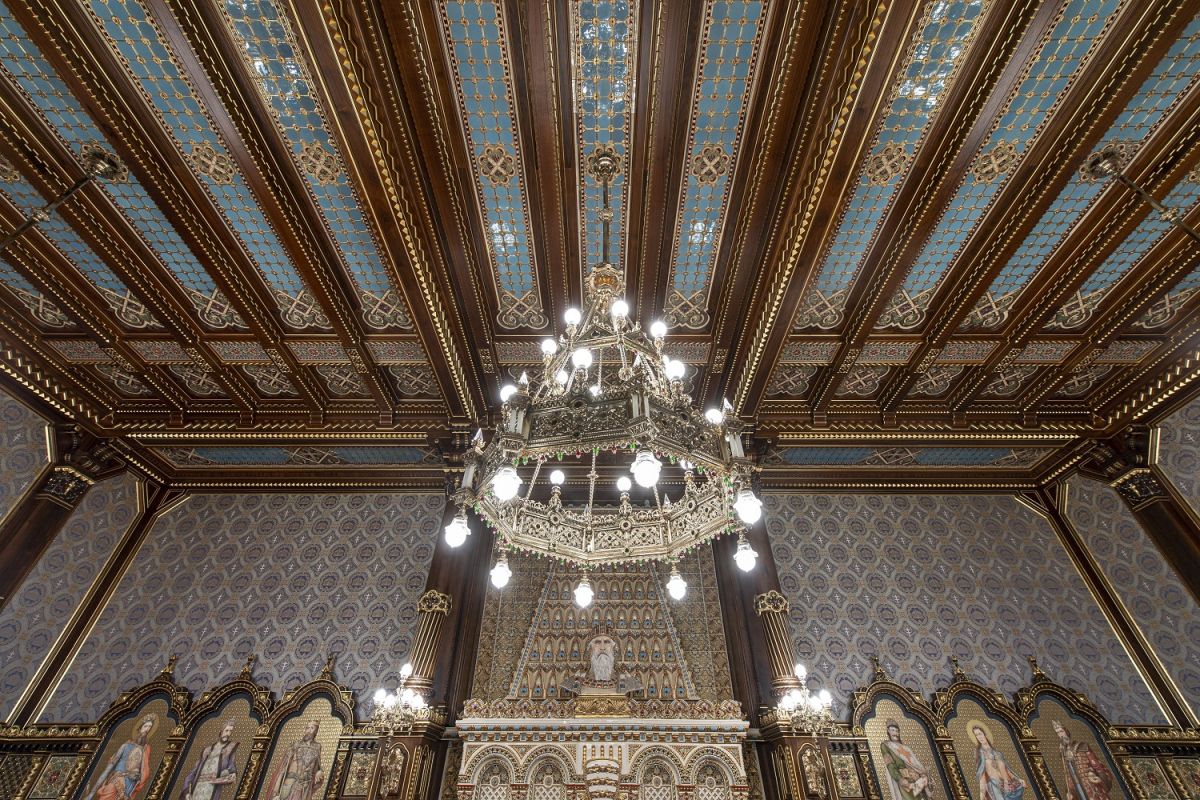 The reborn St. Stephen's Hall of the Buda Castle was solemnly handed over

The St. Stephen's Hall of the Buda Palace, which was once one of the most ornate rooms in the palace, was renovated with complete historical fidelity. The room, rebuilt in its original form, will be open to the public free of charge from 20 August until the end of the month, following today's official handover.

"After more than seven decades of rupture of civilization, we can once again meet the unique value of our past in a tangible reality that we can now give back to the people," said Gergely Gulyás, the minister in charge of the prime minister's office, on Wednesday at the handover.

Gergely Gulyás pointed out that the historical reconstruction of the Castle is progressing well, as evidenced by the buildings of the Palace District, the Castle Garden Bazaar, the building of the Guard and the Riding Hall or the Carmelite Monastery. As he recalled, the greatest figures of Hungarian applied art at that time - Zsolnay, Thék, the Haas Fülöp és Fiai company or the Neuschlos brothers - took part in the construction of the St. Stephen's Hall, and now a dedicated team was able to recreate the former equipment with tremendous work.

Gergely Fodor, the government commissioner responsible for the renovation of the Buda Castle District, emphasized that the St. Stephen's Hall, completed in 1902, was completely burnt out during the destruction of the Second World War as part of the southern connecting wing, and there was no chance of its restoration in the post-war communist era. He added that they managed to built an authentic replica of the hall that won awards at the Paris World's Fair within the framework of the National Hauszmann Program, with the help of thriving Hungarian applied arts.

“For me, this room is a message that Hungarian talent cannot be walled in. Its reconstruction is a small step in the restoration of the entire Palace, but it was an excellent field for gaining experience, after that we can turn to the decades-long renovation of the entire Budavár Palace, the Citadel and the Visegrád Castle," - the government commissioner said. 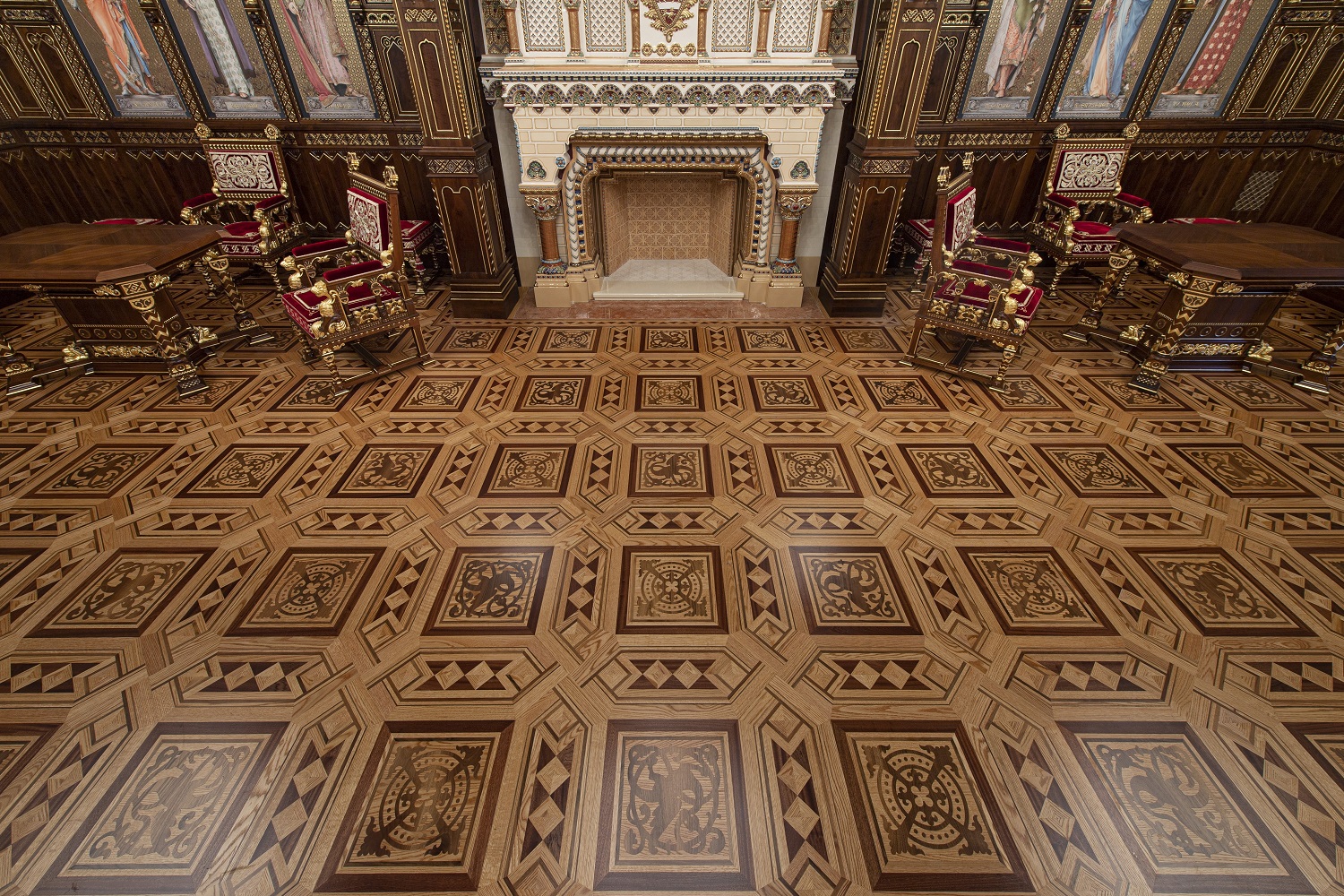 The ornate hall of the Buda Castle was re-created based on the original. The room is a masterpiece of applied art in its every element, including the inlaid parquet (Photo: MTI / Zsolt Szigetváry)

The redesigner of the St. Stephen's Hall was architect Tibor Angyal, and the art expert was Péter Rostás, art historian. The latter said the reconstruction was aided by the fact that the hall was the best documented space in the entire Royal Palace. "Archival photos and design details were available, a series of visual designs were unearthed and pieces remained." Tibor Angyal pointed out that the greatest help during the six years of work was the old photographs.

The hall, named after King St. Stephen, the founder of the state, was an outstanding achievement of Hungarian applied art at the turn of the 19th and 20th centuries. Alajos Hauszmann, a leading Hungarian architect of the age of dualism, gathered the best of Hungarian craftsmen to create a hall together, the furnishings of which won the Grand Jury Prize at the Paris World's Fair in 1900. In December 1916, for the coronation of Charles IV, the last Hungarian king, the Holy Crown started from here to the Matthias Church.

The Hungarian masters involved in the reconstruction worked on the design of the equipment for years. The Zsolnay pyrogranite pictures depicting the kings and saints of the Árpád Dynasty adorning the walls, the fireplace occupying the central location of the hall and the bust of St. Stephen on the top, the inlaid parquet, the metal and goldsmith works, the unique furniture and curtains, and the ornate cladding covering the wall of the room were made again. In the interest of authentic reconstruction, representatives of already disappearing crafts took part in the creation: the excellence of seven professions from Pécs to Pápa, hundreds of specialists worked on the same reconstruction as the original in about twenty workshops across the country.

The opening of the hall is accompanied by a related exhibition, the road leads to the St. Stephen's Hall through a special exhibition on the first floor of the southern connecting wing of the Buda Castle. The curator of the exhibition entitled St. Stephen's Hall - The Miracle of the Buda Palace was created by the aesthete Gábor Gulyás, and the installation related to the hall was created by the artist Sámuel Havadtőy.

One of the special features of the exhibition is the moving and talking hologram, which depicts the figure of King St. Stephen. Gábor Gulyás spoke at a guided tour of the press on Wednesday about the sensation of Vilmos Aba-Novák's painting, the existence of which was known in art history, but has not been seen in an exhibition until now. The work, made in 1936, depicts the moment when St. Stephen offers the crown to the Virgin Mary.

In addition to paintings, graphics, sculptures, installations and short films, we can also see St. Stephen's great herma made in Rome in 1635, the special pedestal of which was made by the greatest sculptor of the period, Giovanni Lorenzo Bernini. One of the largest hermas in the world has been kept in the cathedral of the Diocese of Zagreb since its creation, and is now can be seen in Budapest for the first time.

The artist Sámuel Havadtőy created the installation built on ten gates, based on the almost thousand-year-old text of King St. Stephen's admonitions to Prince Imre, specifically on this site. The work also includes a short film, in which the icons of Hungarian cultural life also tell a sentence close to them from the ten chapters of the work.

"The use of the doors is a religious symbol, their colour is the blue church colour, I used the help of the best Hungarian jewelers, bronze founders and carpenters to create them," said Sámuel Havadtőy. 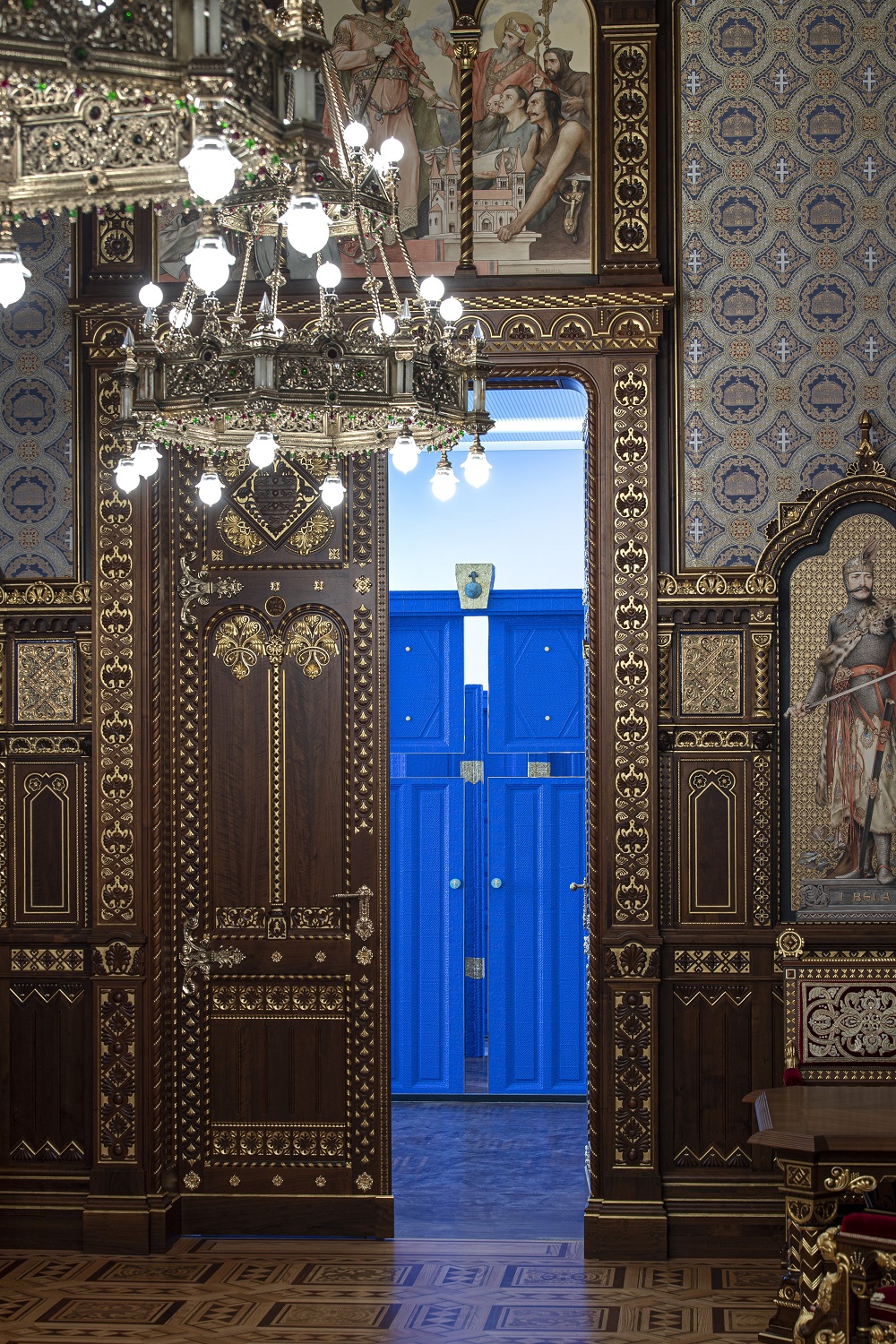 The room reflects the original in its every element (Photo: MTI / Zsolt Szigetváry)