Tender for the design of the Hungarian Museum of Architecture

On the site of the former BM-hospital at the corner of Bajza street and Városligeti fasor, the Hungarian Museum of Architecture and Documentation Centre for Historic Monuments is being formed. After demolition work was completed in the summer, the site is now reduced to two historicised sanatorium buildings. The planned building will be smaller than the demolished houses, leaving a large green area on the site.

The Hungarian Academy of Arts (MMA) is launching a national, open, one-round design competition for the Hungarian Museum of Architecture and Documentation Centre for Historic Monuments (MÉM MDK) - MTI reports.

According to the press release, the project, named the Grove of Architecture and declared a priority by the Hungarian Government, is a good opportunity for Hungarian architects to design the new home of Hungarian architecture in the Városligeti fasor in Budapest. Applications can be submitted until the 8th of November 2021.

The future location of the Hungarian Museum of Architecture and Documentation Centre for Historic Monuments is 9-11 Városligeti fasor. This is the site of the former BM Hospital, where two historicised sanatorium buildings are currently standing following demolition work completed in the summer. These will need to be integrated into the future main building, which will provide 2 400 square metres of exhibition, workshop and event space, as well as museum pedagogy premises and will have a library, offices, storage and catering facilities to serve the needs of the institution and the public.

The oldest of several houses built in different periods, the Városligeti fasor, the former Fasor Sanatorium at number 9, was built in 1887, using the plans of Zsigmond Quittner, and on the adjacent plot 11, János Glück built a new sanatorium as well in the same year. The Grünwald sanatorium on plot 13 was completed in 1893. The modern Walter Villa found at number 10 in the Bajza Street area (which became part of the merged hospital in 1949 after deprivatisation), was designed by József Fischer, and was originally built in 1936. The pavilion complex was later extended; the buildings built after 1945 were demolished earlier this year. 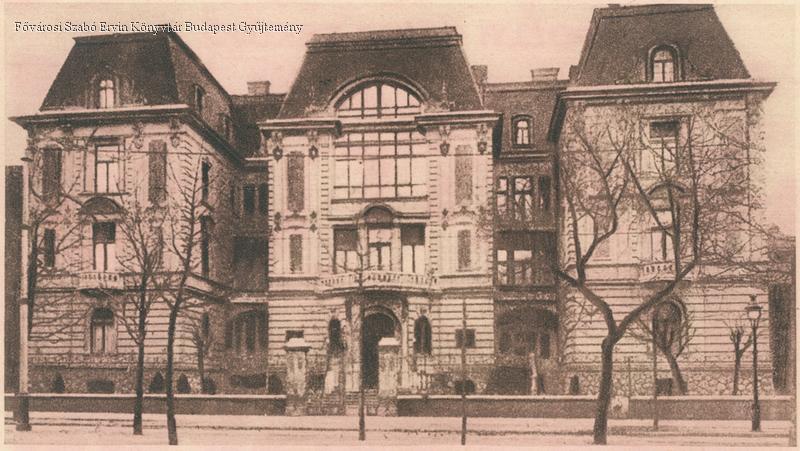 The building of the Fasor Sanatorium in 1925 (Photo: FSZEK Budapest Collection)

As stated in the press release, the planned building will be much smaller than the demolished health facilities, leaving a large green area on the site. Managing this and preserving the existing plant stock is also a priority of the project.

"The first tender for the Hungarian Museum of Architecture was launched more than a hundred years ago, in 1904-1905, by the Hungarian Engineers' and Architects' Association", quoting Kornél Almássy in the press release, Director of the MÉM MDK. With the institutional reform of 2017 and the support of the Hungarian Government and the Hungarian Academy of Arts, in 2021 there will finally be a serious opportunity to build a place for the institution that has been looking for a home for decades," he adds.

In 2018, the MMA took over the former BM Hospital site, and the development programme Grove of Architecture was established. It was prepared by members of the Infrastructure Committee of the MMA Section for Architecture: Miklós Marosi, Sándor Dévényi, István Ferencz, Zoltán Tima and Attila Turi architecths and the MMA management, the Director of the MÉM MDK and the Museum Department of the MÉM. The first phase of the development, renovation of the Walter Rózsi villa, built on the site in 1936 to the design of József Fischer, could be finished by spring in 2022. The first temporary exhibition space of the institution will open here then. The second phase is the current design competition for the new main building, which includes the restoration of the sanatorium buildings.