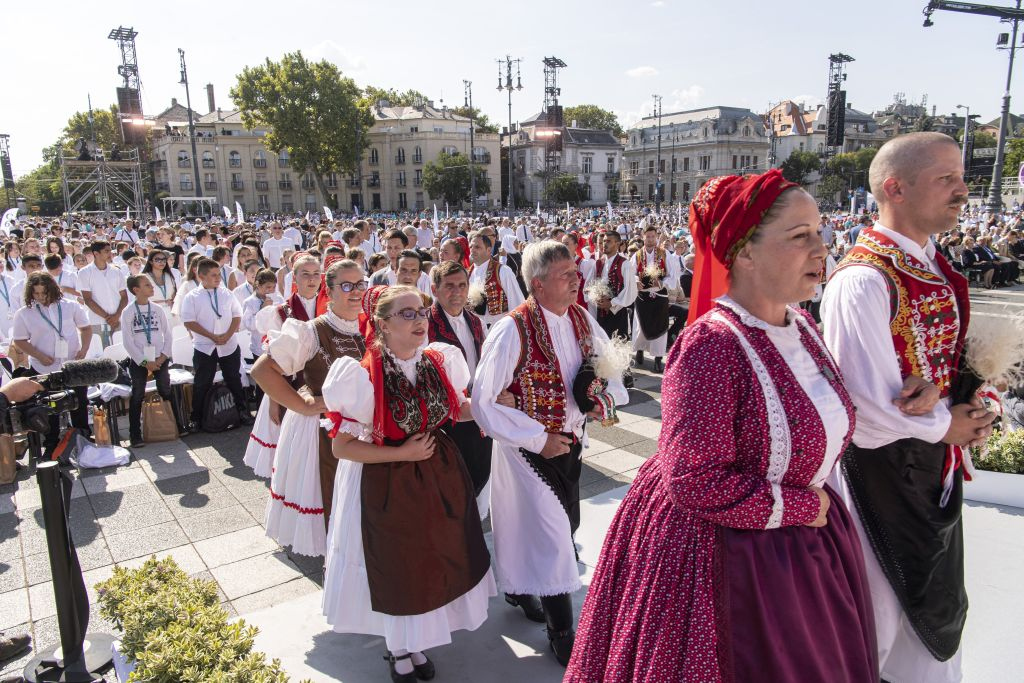 The world is watching Budapest - The Eucharistic Congress has begun

Budapest hosts the International Eucharistic Congress for the second time. In addition to the main venues - Heroes' Square, Hungexpo, St. Stephen's Basilica, Kossuth Square, Academy of Music - there will be programmes, concerts and stage performances in several parts of the city.

The bell-ringing signalled the beginning of the 52nd International Eucharistic Congress on Heroes' Square on 5 September. The solemn opening ceremony and the Holy Mass were attended by a large number of visitors, both foreign and national ecclesiastical and secular dignitaries. According to MTI, the participants filled Heroes' Square to capacity and stood on Andrássy Street all the way to Bajza Street.

Another key venue for the congress is the Hungexpo area, where morning prayer, catechises and section sessions will be held. Pestbuda has previously reported in detail on the history of the fairground in Kőbánya.

A number of activities await visitors in the St. Stephen's Basilica and in the square in front of the church where several dioceses, sacral exhibitors will present their activities, and concerts will be organised. So-called missionary stages will be set up on Széll Kálmán Square and Örs Vezér Square, where on weekdays, from early afternoon until late evening, concerts, testimonies and evangelistic plays await the passers-by. The Inner City Parish Church is also a special venue.

One of the main venues of the congress is the Church of the Blessed Virgin Mary, also known as the Inner City Parish Church (Photo: Balázs Both/pestbuda.hu)

Holy Mass will be held in the Rózsák Square church during the Congress (Photo: Balázs Both/pestbuda.hu)

They are also preparing for the festive event in the Saint Anne Church of Upper Watertown (Photo: Balázs Both/pestbuda.hu)

On Saturday, a family day will be held on Margit Island, followed by a Holy Mass and Eucharistic procession with candles in the afternoon on Kossuth Square. The closing event of the 52nd International Eucharistic Congress will be in Heroes Square on 12 September; Pope Francis will also attend the closing ceremony.

The closing event of the Congress will be held in Heroes' Square, with Pope Francis presenting the Holy Mass (Photo: Balázs Both/pestbuda.hu)