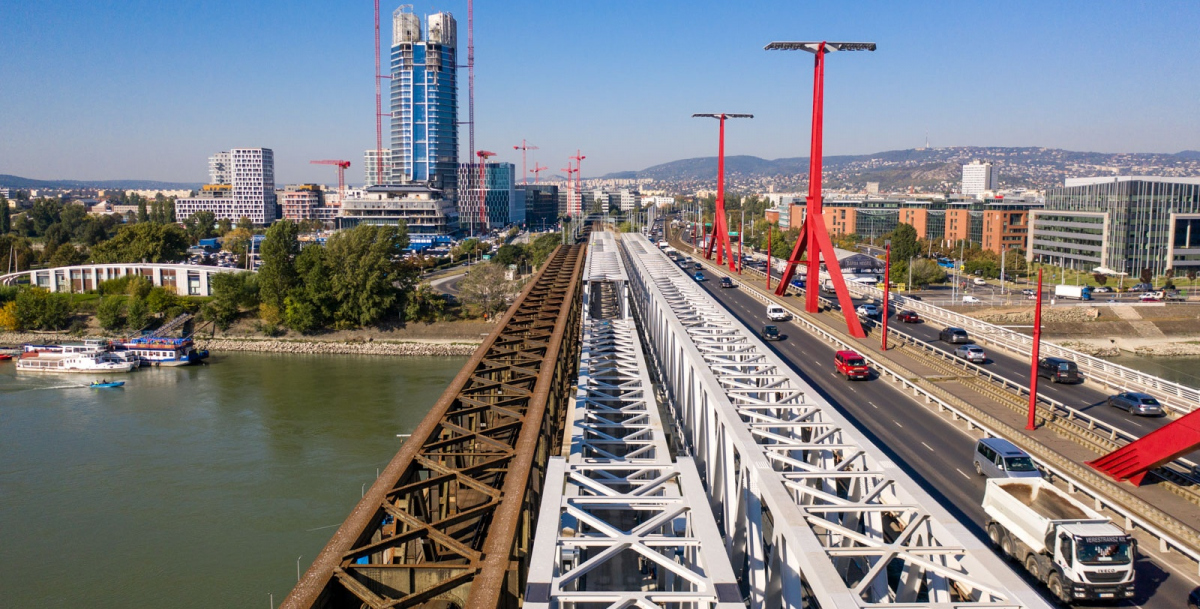 By mid-December, the Southern railway connecting bridge could be fully completed

The closing piece of the steel structure of the new, Southern railway connecting bridge was added, thus completing the next phase of the renovation and expansion of the Danube railway bridge. According to the plans, from mid-December, trains will be able to run over the Danube on the two new bridge structures.

On 4 October, the closing piece belonging to the steel structure of the new middle bridge of the Southern railway connecting bridge was put into place. With this, the bridge modernization investment has made great strides again - NIF National Infrastructure Developing co. Ltd. writes on its website.

As they write, traffic on the new, northern bridge structure has been running smoothly since April 25, 2021. In the time since then, the old, central structure has been dismantled into several large elements, then transported away by water and new elements were installed in their place.

In parallel with the construction of the new steel structure, the railway substructure was completed on the connecting sections. According to the announcement, the railway superstructure will have to be completed on the bridge and on the approximately 250-meter-long section connected to the bridge on both the Buda and Pest sides until it is put into operation in December. And the newly built rails will have to be connected to the current track network in order to allow traffic to start on the two new bridge structures after the test loads in December. 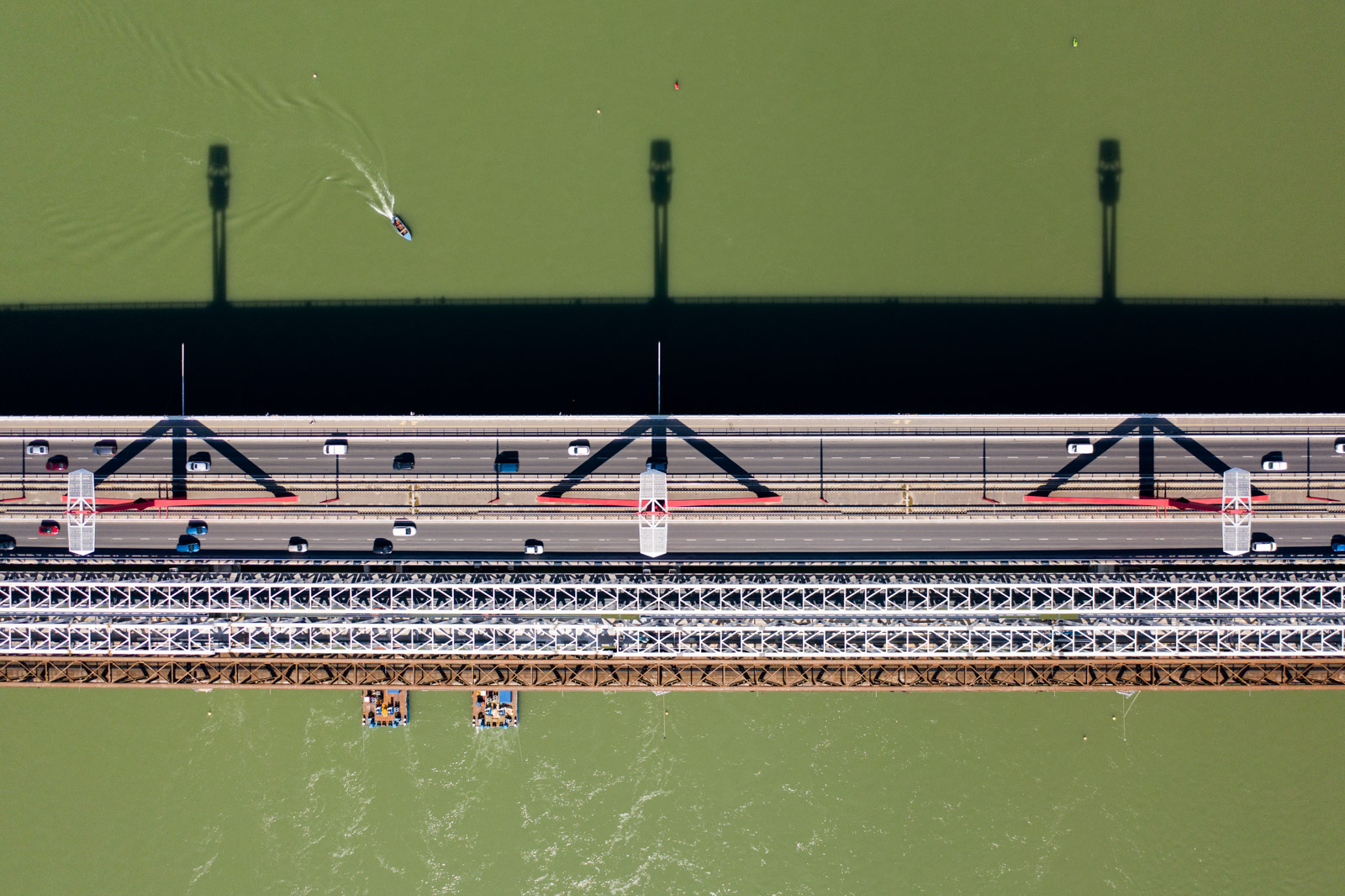 The closing piece of the steel structure of the new, central bridge belonging to the southern connection to the  Danube Bridge was added (Photo: nif.hu)

The aim of the development is to allow more suburban trains to run between the agglomeration and Budapest, and for the railway to become competitive through new stops and connections and to play a greater role in the transport of the capital. Railway development of this size and importance has not taken place in the interior of Budapest for more than 100 years.

The railway investment within Budapest also serves the benefit of commuters in the city with new stops and more frequent train tracking. As a result of the development, suburban trains will be able to run on the section every 8-10 minutes, connecting the agglomeration of Érd, Budaörs and the surrounding Buda, Kelenföld, the university city of Újbuda, the Soroksári Road area and Népliget with Kőbánya-Kispest, the airport and the Pest agglomeration . Through the investment, Budapest can get rid of significant road traffic and thus air pollution.

Cover photo: The construction of the Southern Danube Railway Bridge has reached another stage (Photo: nif.hu)