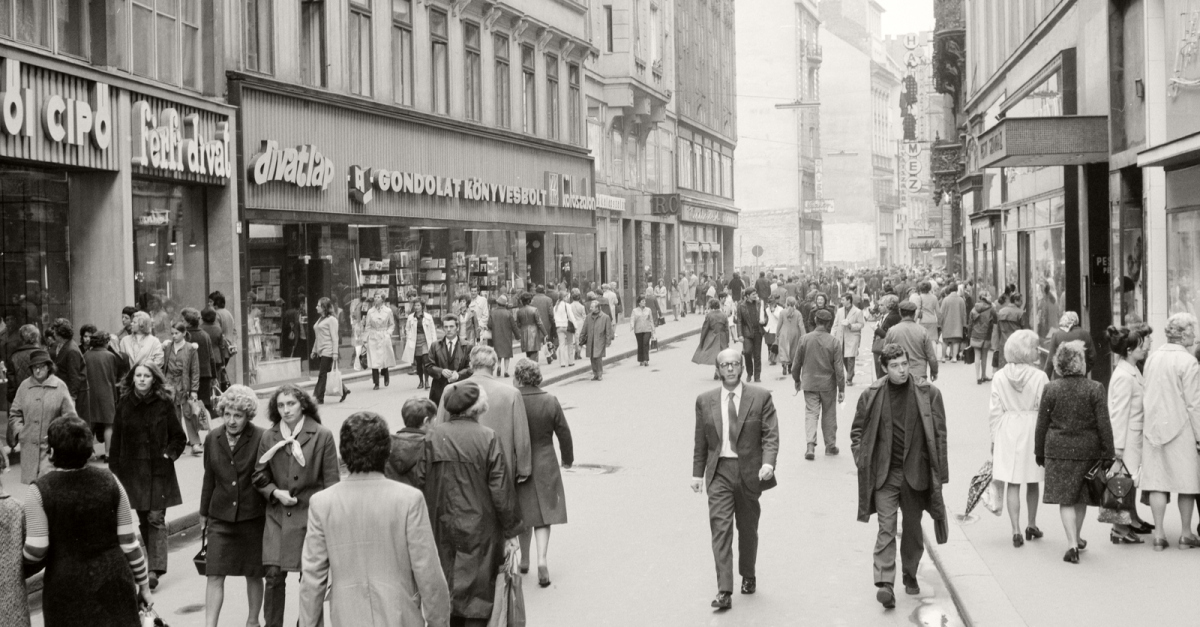 In Budapest, from the 1960s onwards, the narrow streets of the Downtown were completely occupied by cars and barely accessible to pedestrians. At first, cars were banned only from Váci Street, but 45 years ago, car traffic was stopped in several Downtown streets, and from then on, only pedestrians could use them.

From the 1930s onwards, many ideas were born in Budapest for the development of urban car transport, in which Budapest would have been networked with urban motorways. With the handover of the Erzsébet Bridge, for example, the entire east-west traffic was routed through the Downtown, in which the transport organisers did not see any disadvantage at the time.

From the 1960s onwards, more and more underpasses were built for pedestrians, but then it became clear that pedestrians also needed space, especially in the retail districts. 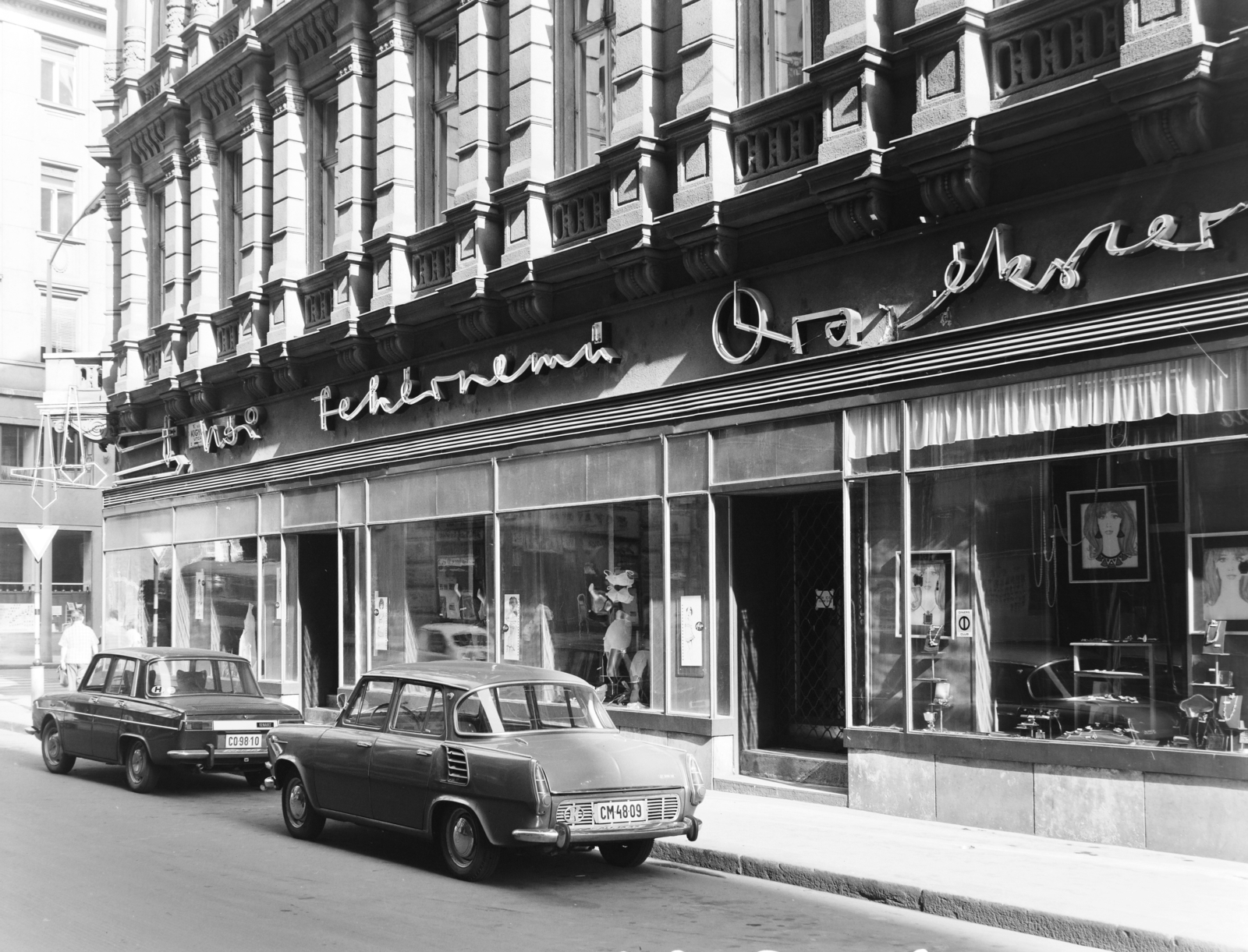 The biggest problem in the narrow Downtown streets of Budapest was that the pedestrians, who went shopping there, could hardly walk by next to the cars. Váci Street, Haris Lane or Vörösmarty Square was used by cars in the same way as the other streets, pedestrians could only walk on narrow sidewalks. The first car-free street in Budapest was Váci Street, which could only be used by pedestrians from 1964 onwards.

In connection with the construction of the north-south metro, the Downtown traffic was completely redesigned, then the now demolished Y-shaped underpass in Ferenciek Square was built. Downtown traffic has also been significantly redesigned, affecting several streets since 4 January 1977. The authorities explained the need for drastic intervention in the 21 February 1977 issue of the Autó-Motor as follows:

“In the Downtown, we have increasingly seen that the processes of public transport, private transport, freight transport and pedestrian traffic (which take place simultaneously­ in space and time) are increasingly hampered. Today's tensions would have become unbearable in the long run, so we had to start prioritising the various traffic processes according to their importance and connection to the Downtown function.”

In other words, space had to be allowed for pedestrians, but some other goals were kept in mind, for example, to make Budapest a city centre suitable primarily for the performance of service functions (trade, hospitality, administration), or improve freight transport, only allowing people to park in car parks for as long as they have a thing to do, or improve air quality. In the affected area at that time, from 1976 to 1977, 70,000 people lived, but more than half a million people turned up here every day. 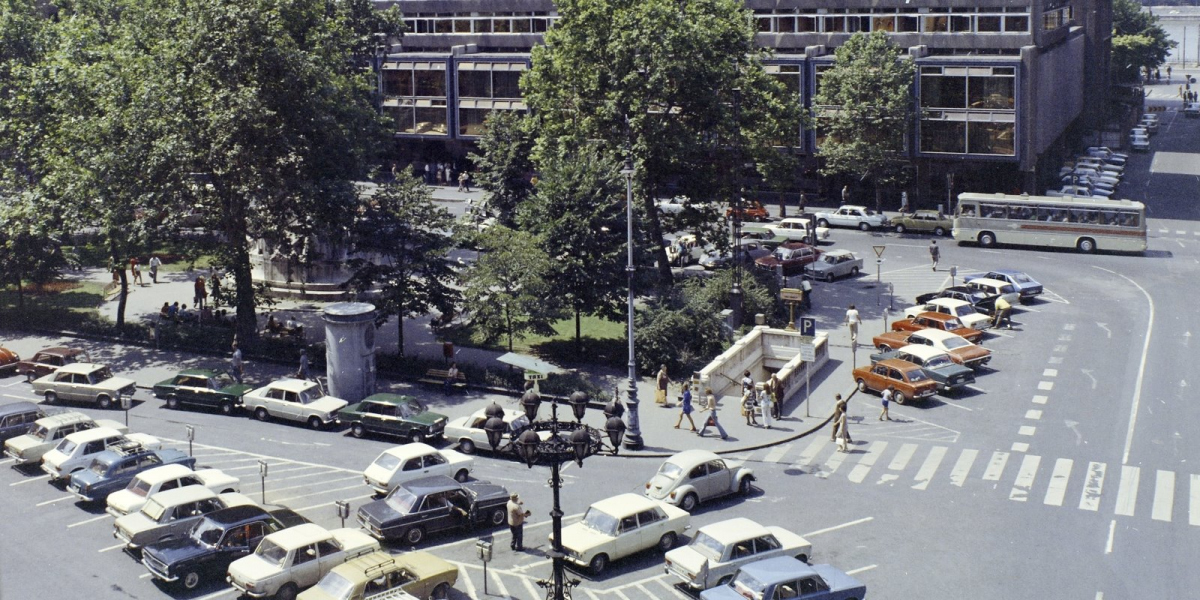 The Vörösmarty Square was also intended to be included in the pedestrian area, but the settlement of the space here remained for 1977-1978.

At that time, the ban was not yet complete, and overnight parking was allowed in the streets without paving. Taxis could drive into Régiposta Street, Pilvax Lane, Haris Lane, Párisi Street and Kristóf Square at a maximum speed of 15 kilometres at any time - but they could not drive along Váci Street or enter the paved areas. 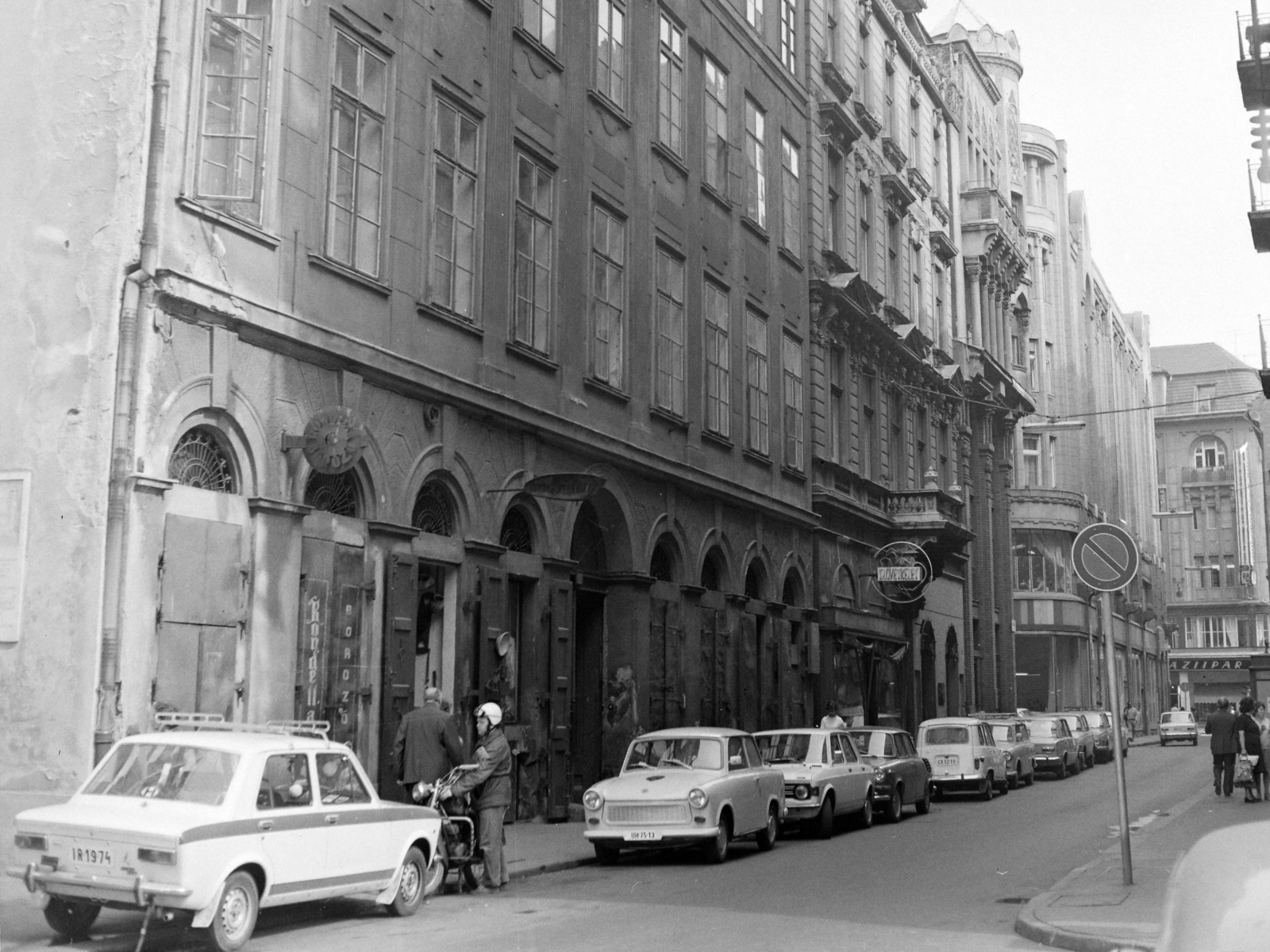 According to surveys, those living in closed streets - 20,000 people lived on these streets at that time - had a total of 2,550 vehicles. In fact, the storage of these could only be solved temporarily at that time, with the possibility of entering the pedestrian streets at night. In the article already quoted, this was written about the longer-term solution:

"It is an undoubted fact that people living in Downtown can sooner or later only park their car in some non-free form, but this will be largely compensated by the Downtown in other respects, including higher capacity public transport."

Cover photo: Váci Street was only for pedestrians from 1964 (Photo: Fortepan, ETH Zürich)