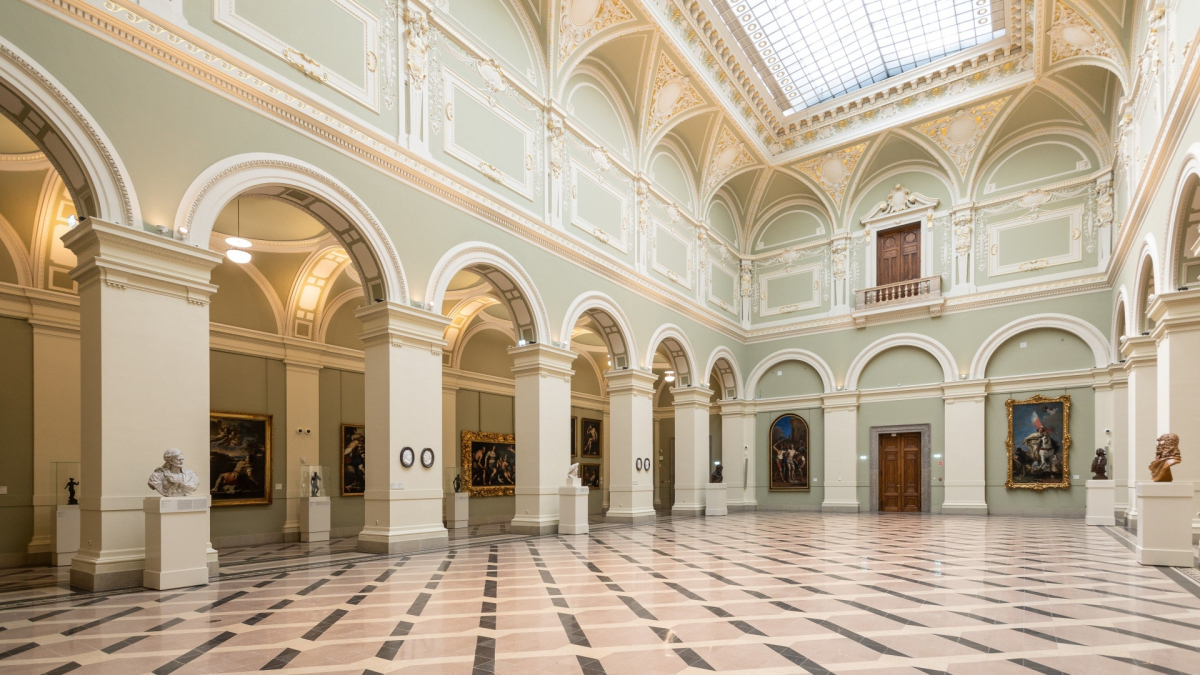 After almost 80 years, the three imposing large halls of the Museum of Fine Arts, evoking the most important architectural style features, can be visited again. In addition to the Renaissance and the Romanian, which opened in 2018 thanks to a comprehensive reconstruction, the nearly 800-square-meter Baroque Hall, which has now been renovated, will be open to the public from Friday.

The newly opened Baroque Hall has been renovated thanks to the comprehensive renovation and modernization of the museum building. The renovation of the institution's városliget wing has practically been completed, in the last stage of the reconstruction of the building at the end of last year, the 18th century and 19th century xhibition halls were opened to visitors. 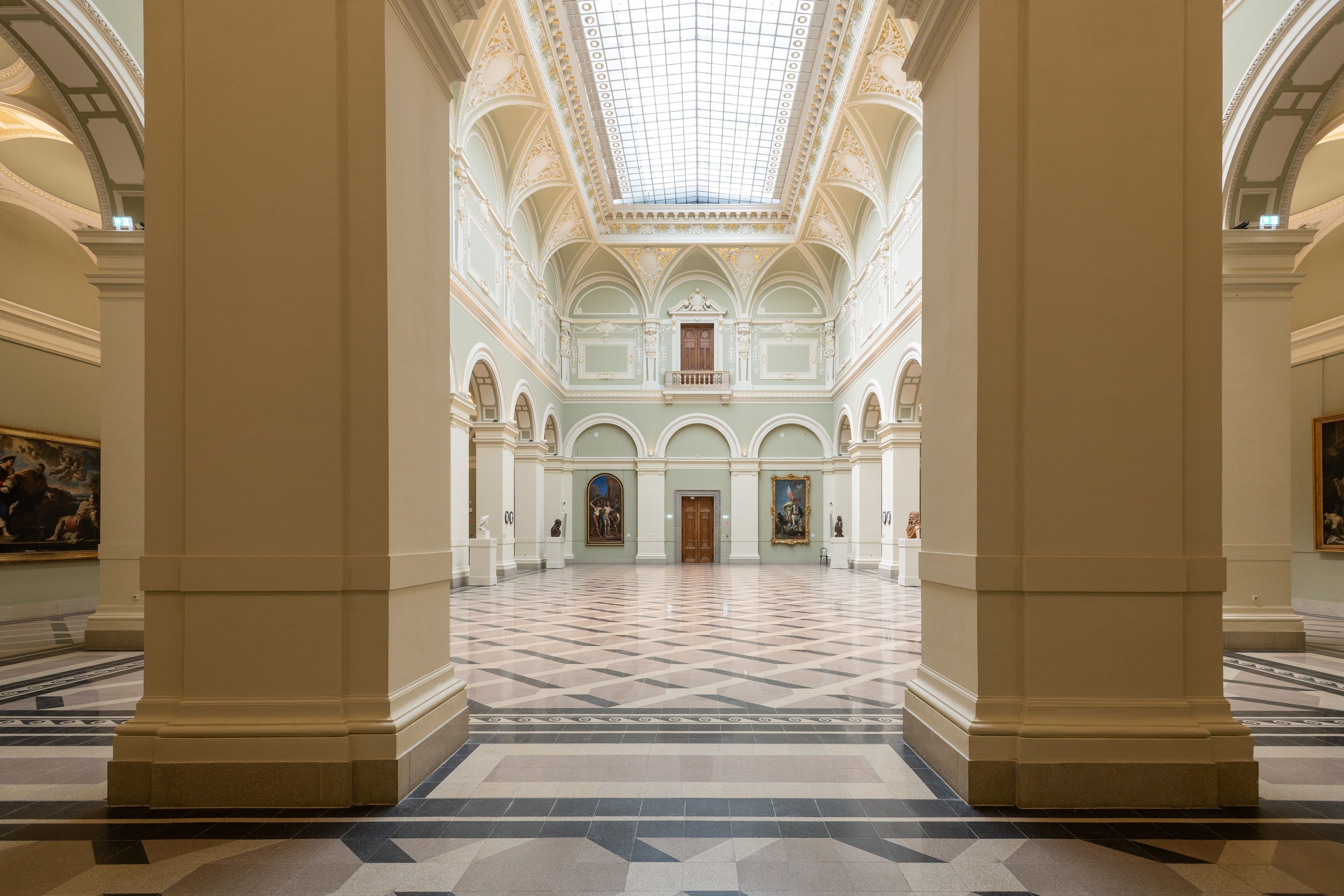 In the now open museum space, visitors can also admire some forty sculptures and reliefs related to the architectural style of the hall, including small bronzes from Italian foundries and masterpieces carved in marble and wood by Venetian masters. In addition to the sculptures, the public can also find nearly thirty paintings selected from the internationally outstanding Italian, Spanish and German collections, through which these visitors can get an idea of the stylistic diversity and thematic richness of Baroque painting. 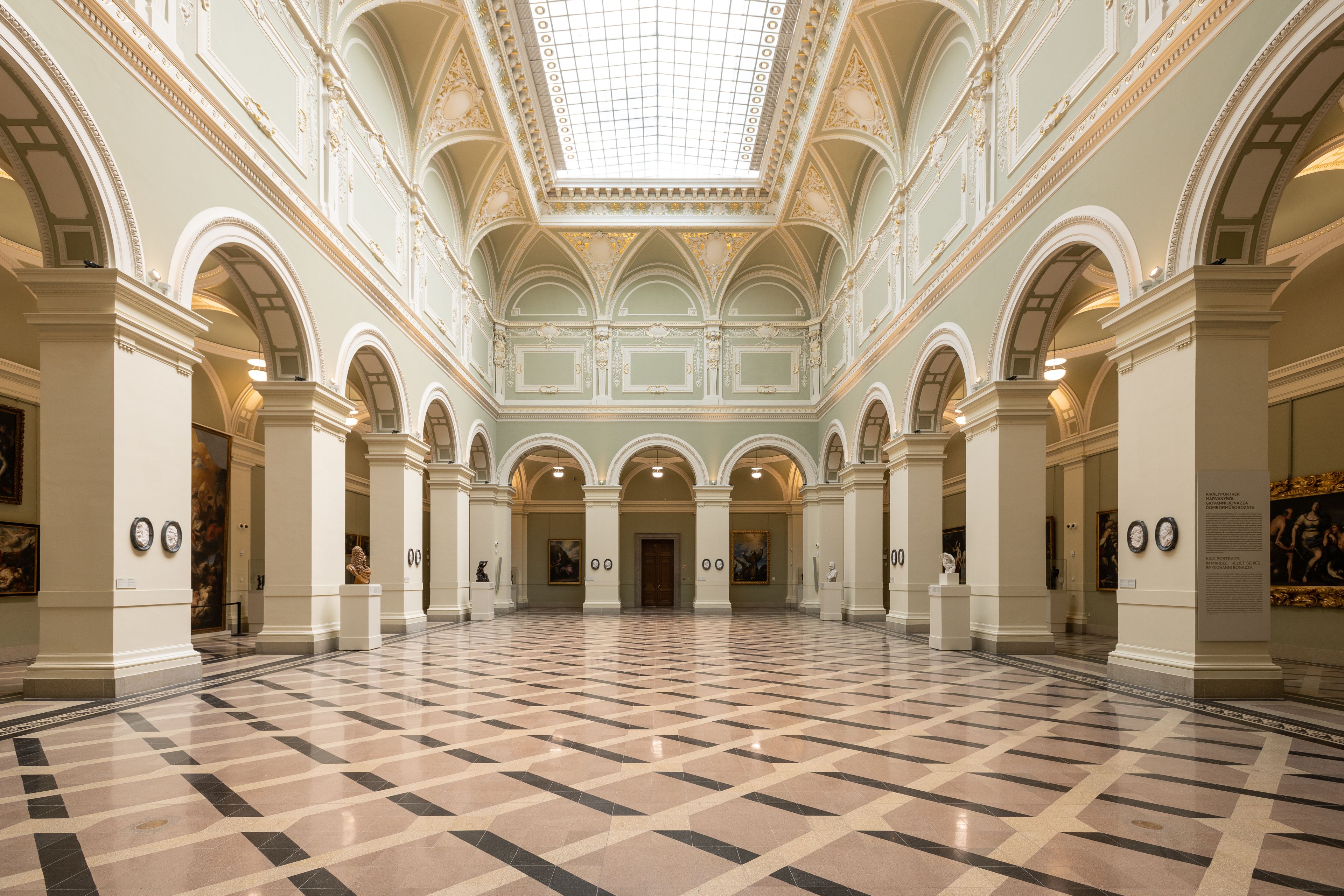 The hall was damaged in World War II, later used as a warehouse (Photo: Museum of Fine Arts)

The three large museum squares were last opened simultaneously 80 years ago. Then, the During the siege of Budapest, the Romanian Hall was damaged, closed, and later used as a warehouse, it opened to visitors only in 2018, but in recent years the public has not been able to see the Baroque Hall under renovation.

The renovation and modernization of the Fine Arts, which began in 2015, was recognized in 2020 with the most significant European monument restoration award, the Europa Nostra Award. 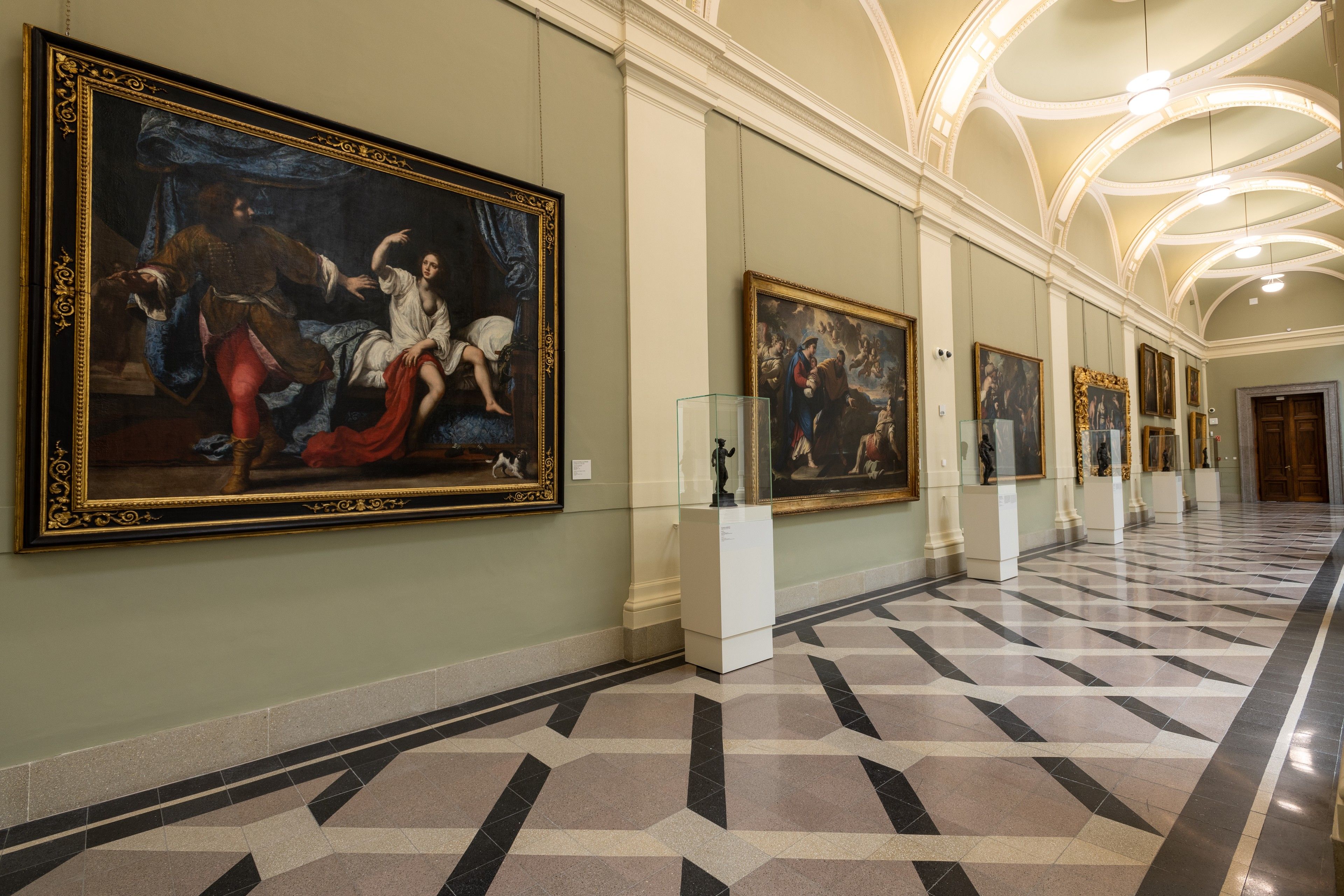 The interior of the Museum of Fine Arts, which opened in 1906 and displays and historicizes architectural styles - the Romanesque, Renaissance and Baroque Halls - evokes the style closest to us at the time. According to the original plans, not only the design of this space would have been reminiscent of the 17th and 18th centuries but plaster copies of famous sculptures made in this era would also have been included here. During the design of the interior decoration of the Baroque Hall, it was also suggested that it be given an ornate painting similar to the Romanian and Renaissance Halls. In the end, this did not happen, only the gilded stucco decoration was made, and copies of the baroque sculptures were not obtained. 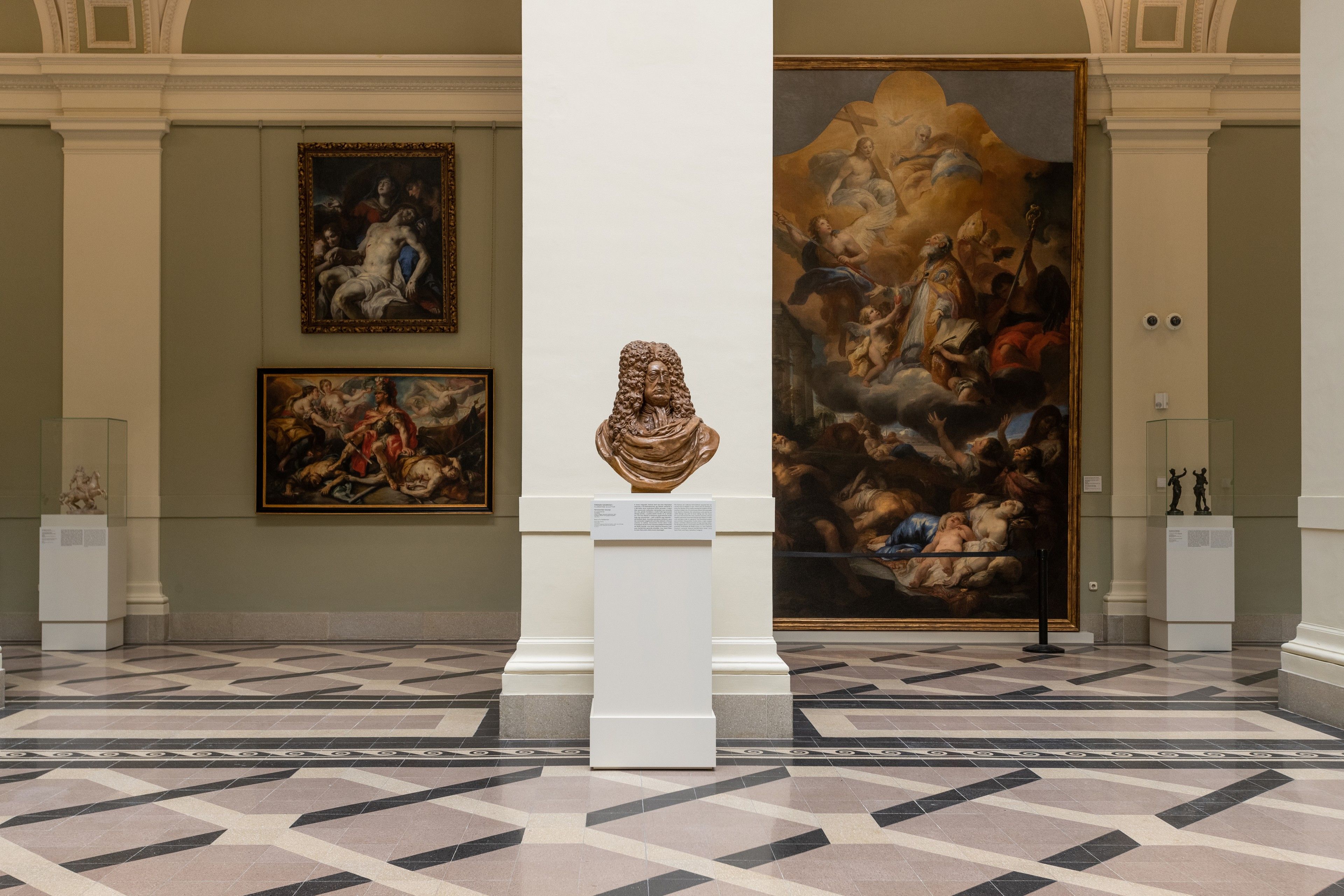 Thus, the space initially functioned not as an exhibition space, but as a warehouse for plaster copies and modern sculptures. After World War II in the central part of the hall an exhibition of 19th and 20th century sculptures could be seen, and the corridor behind the pillars was separated and used as a warehouse.

In the following decades, the space, which once again functioned as a warehouse, was opened in 2000 with original Baroque paintings and sculptures, following an earlier small-scale reconstruction of the museum. During the comprehensive reconstruction of the museum, which started in 2015, the hall was renovated again, and the hall, which has now opened, also houses a reorganized exhibition of Baroque paintings and sculptures.

Comments are non-edited content and reflect the views of the author.
by date | by reverse date order | according to rate

It is a beautiful piece wo work. Mijn buidings were renewewd and seeeing worth.
Loved to be in Budapest nex year.
Sander Driessen in Holland