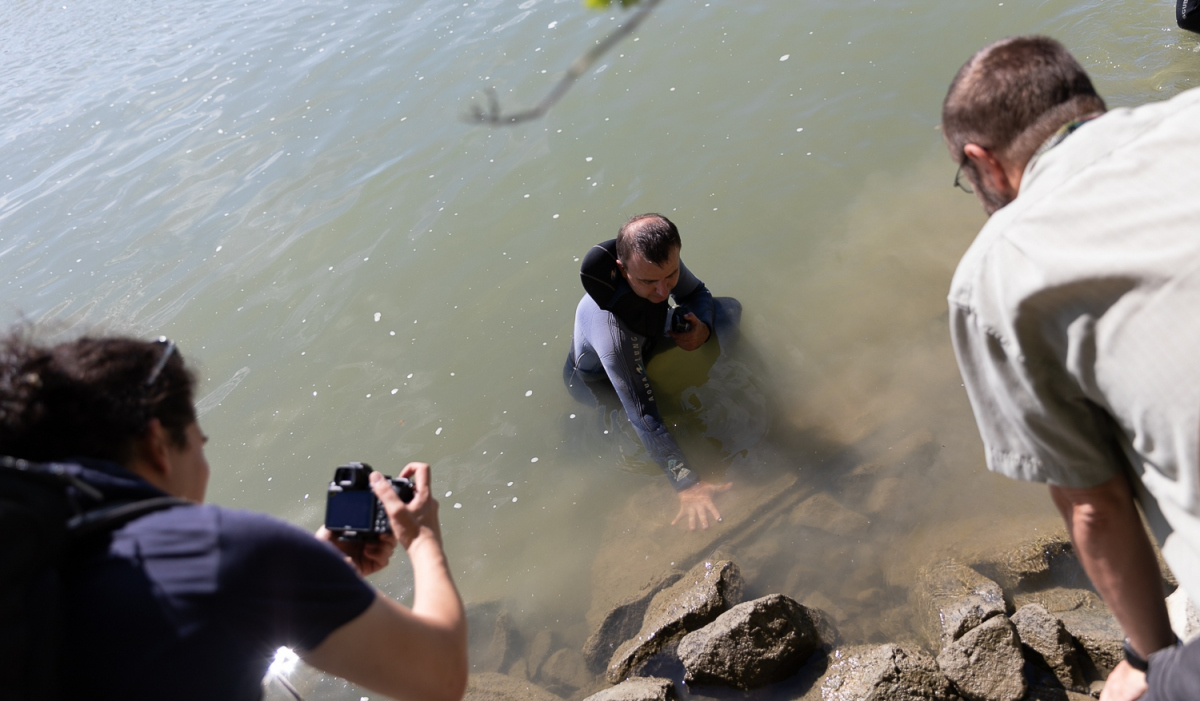 The remains of the Premontre monastery founded in 1264 were found by diver archaeologists along Háros Island. The monastery was built during the time of Béla the 4th and was destroyed during the Turkish era. The supposed location of the building was previously searched by several archaeologists. Many carved stones of medieval origin were found in the debris field, including blocks of blocks and fragments of window frames, but more recent finds were also found.

The monastery was founded in 1264 during the reign of Béla the 4th, of which several documents have survived, the building was later given to the Pauline Order, and its destruction can be attributed to the Turkish era. First in the 19th. century, a hunting lodge was built on it, then in the 20th century, it was given to the Hungarian Armed Forces, and a warehouse building was erected on the area, which completely redrawn the remains and its surroundings. 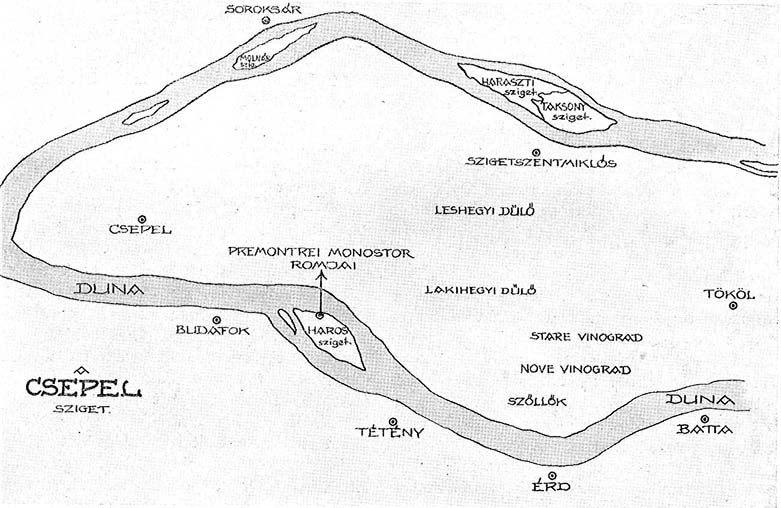 The assumed location of the monastery in Premontre is the Turul magazine 1936. no. 1-2.

It became the focus of interest in the 19th century, when Rómer Flóris, a Hungarian Benedictine monk, archaeologist, and art historian, visited, mapped, described and drew the entire area in detail. In his writing, he mentioned that he sees walls towards the Danube. In 1959, archaeologist László Zolnay, doctor of historical sciences, also examined the area, he could no longer see walls on the surface, but he was able to identify a well, which Rómer Flóris also mentioned. 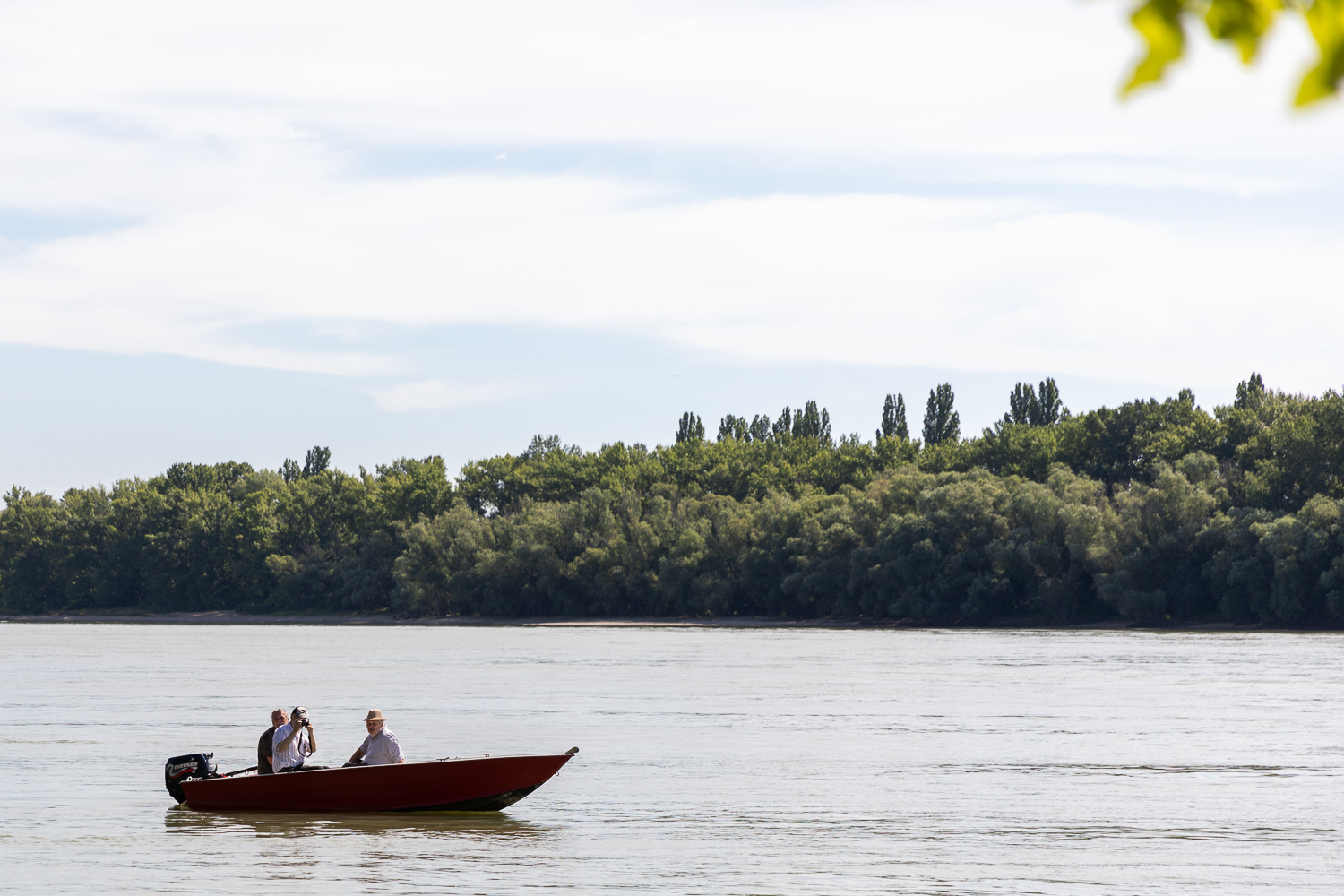 Remains of a Premontre monastery could be found along Háros Island (Photo: Budapest History Museum)

According to the information provided by the BTM, the research continued in 2019 after several visits, when they scanned the open areas with a geophysical survey, where it was possible, and then last year, during a sonar diving archaeological research, they noticed a debris field.

The aim of the current research was to find out what exactly this rubble field could be made of, whether there are medieval remains in it. The action proved to be successful, many carved stones were found during a shallow water dive, but there are also finds from more recent times. However, it can already be established that the ruins acquired their present form in the modern era.

The announcement also reveals that the conditions were favorable for diving, the nearby cross dam moderated the stronger waves of the Danube, the weather was also favorable, as the sun was shining, the water was about 20 degrees, and fortunately the underwater conditions were also suitable , with a viewing distance of 40-50 centimeters. 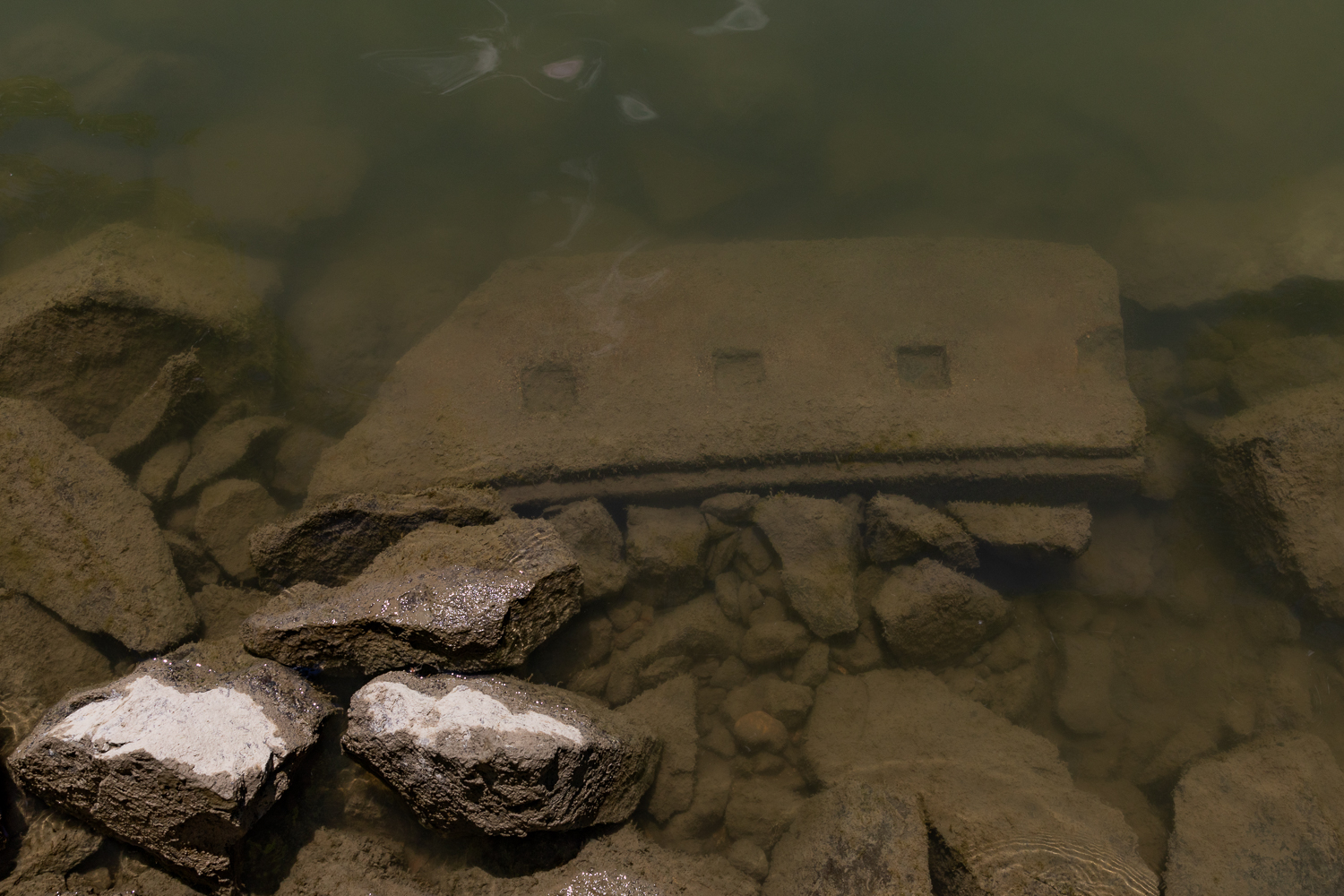 The first dive was was carried out by dr. Norbert Puskás in order to get a general picture of the underwater area. Already this time, it turned out that this debris field contains a large number of carved stones, so-called block stones (cubic or rectangular), masonry stones, and even flat carved stones on which the so-called a faucet can also be found, it is possible that there may be fragments of a door or window frame belonging to some building, but the experts will be able to clarify this during further investigations.

During the second dive, diver archaeologist Attila János Tóth examined the side of the debris field and found numerous carved stones, possible medieval doors and windows, and modern bricks. Favorably, cobblestones could also be discovered along the shore and in the water. As a next step, the upper layer should be removed, because the remains of the medieval monastery, rich in exciting finds, are most likely to be found below the surface, the Budapest History Museum says in its announcement.

The team of the Budapest History Museum wants to explore the following layers with further geophysical and sonar research, which hopefully will be possible next year.