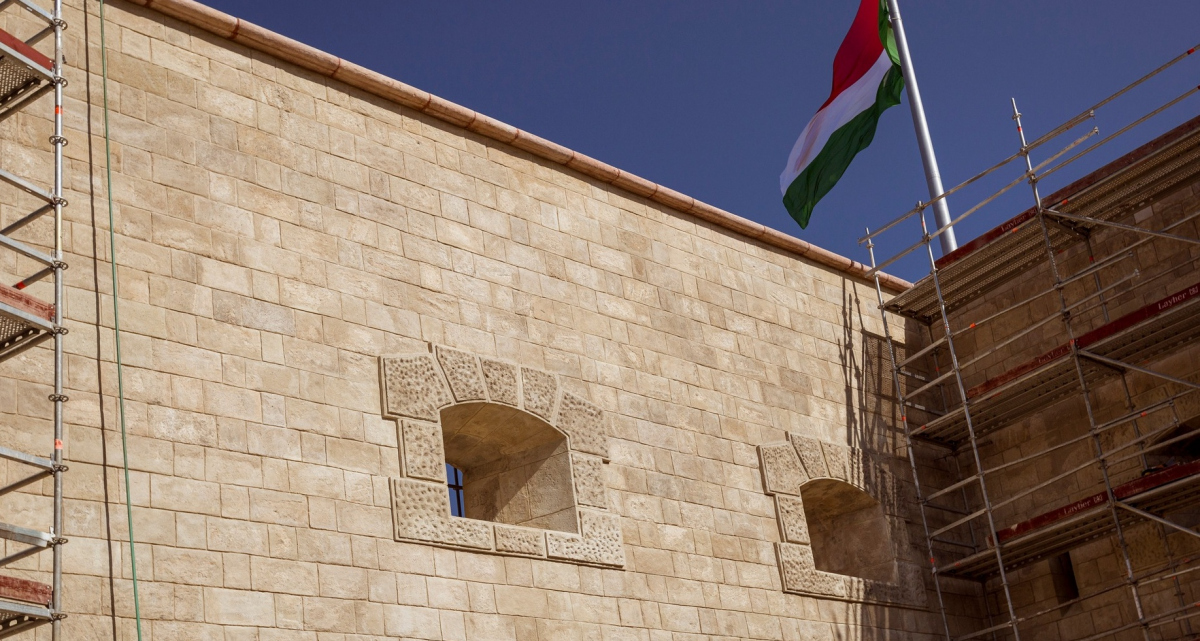 A section of the wall of the Citadel, which is under renovation, has already been completed

The nearly 10,000 square meter wall surface of the Citadel is being renovated, the first restored wall section can already be seen on the northern side of the rondella. The white limestones from Süttő and the carved red limestones from Tardos were covered with a special layer to make them durable. The completed wall section will soon be followed by the reconstruction of the entire Danube facade of the Citadel and then the Buda facade of the fortress.

The renovation of the nearly 10,000 square meter wall surface of the Citadella is progressing well. As a result of the works, the first carefully restored wall section has already appeared on the western side of the northern bastion, it was announced on the Facebook page of the National Haussmann Program.

The northern wall of the fortress is currently being reconstructed (Source: National Hauszmann Program)

The post shows that they are currently working on the reconstruction of the northern wall of the fort, the inner facade of the cannon tower and the northern part of the firing hill. As the first spectacular result of the works, the work on a wall section of nearly 200 square meters on the north side of the rondella was completed.

The white limestones from Süttő covering the wall system, and the carved red limestones of Tardos, which close the masonry from above, were covered with a special layer to make them durable. The completed wall section will soon be followed by the entire Danube facade of the Citadel, and then the reconstruction of the Buda facade of the fortress. 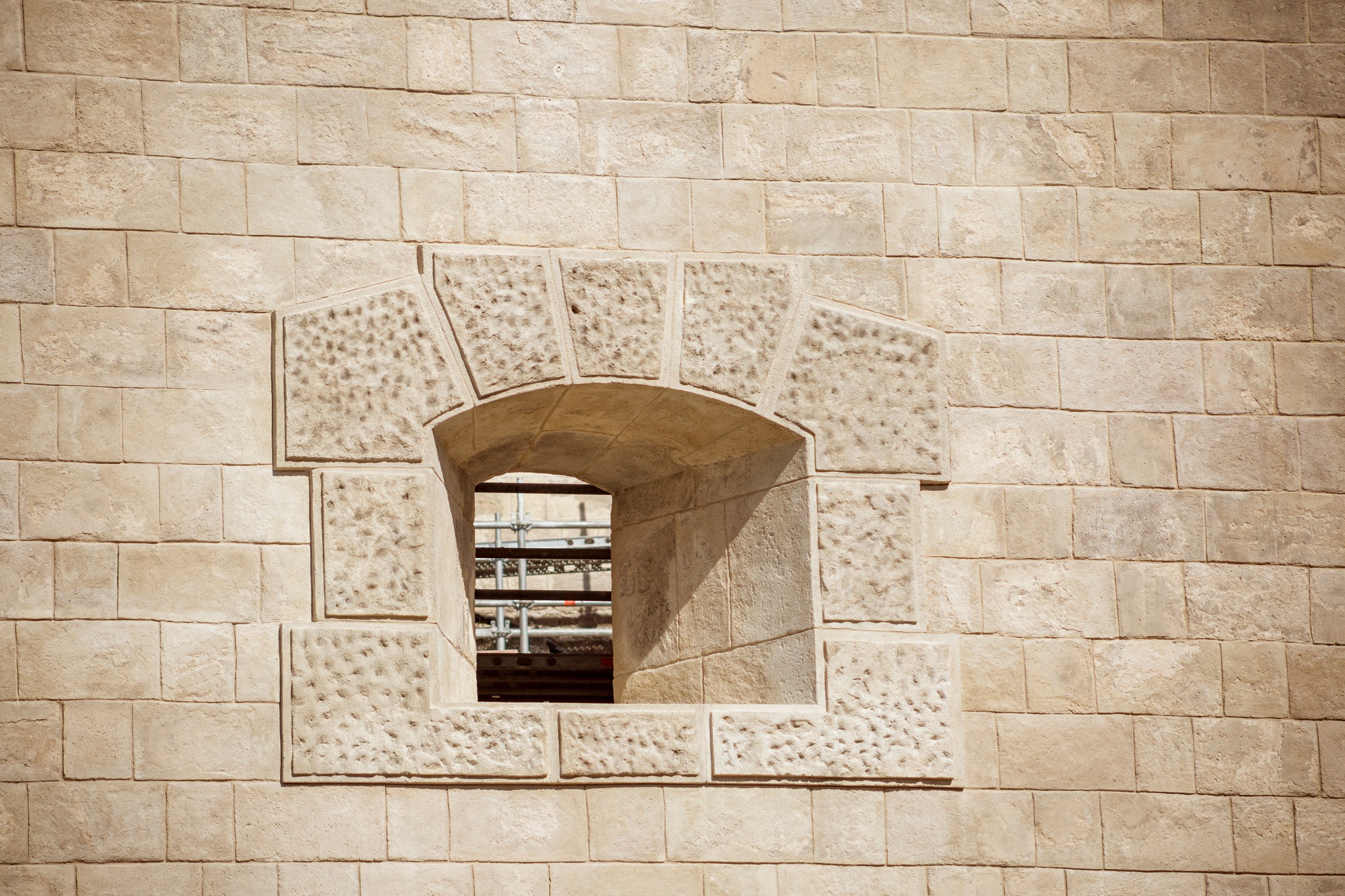 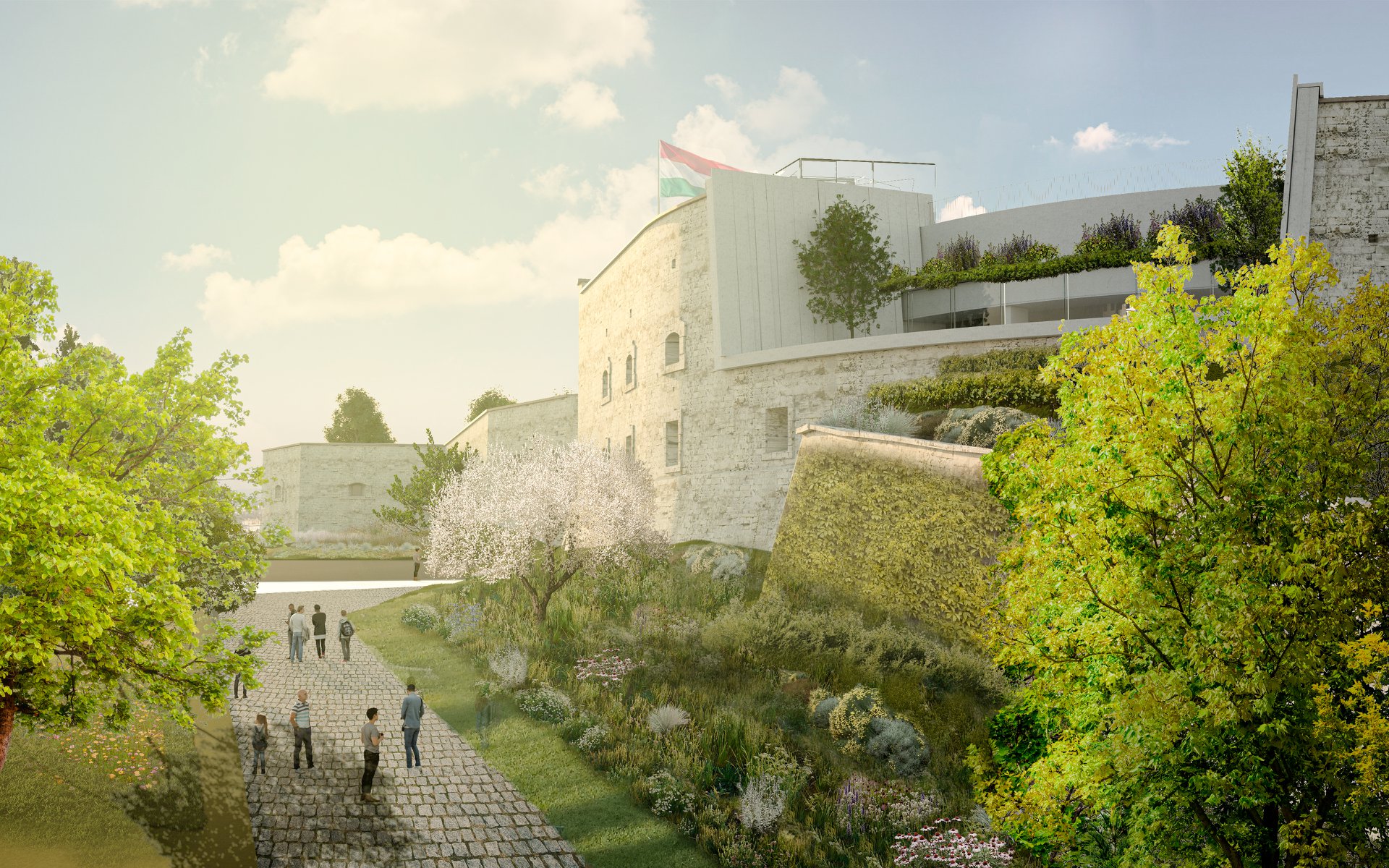 Scenic plan for the Citadel: a public park will also be created (Source: National Hauszmann Program)

As part of the renovation of the Citadel , after the wall reconstruction, the inner courtyard of the fortress will be put in order. The green surface will increase by one and a half times, to 20,000 square meters. A new public park of more than 6,000 square meters will be created inside the fortress wall, which will include a fountain, a lake and a cafe. And in the cannon tower, a spectacular, permanent exhibition presenting the freedom struggles of the Hungarian people will be created on more than 1,700 square meters under the title "Szabadság Bástyája", reports the National Hauszmann Program.

Cover photo: A section of the northern wall of the Citadel has been renewed (Source: National Hauszmann Program)