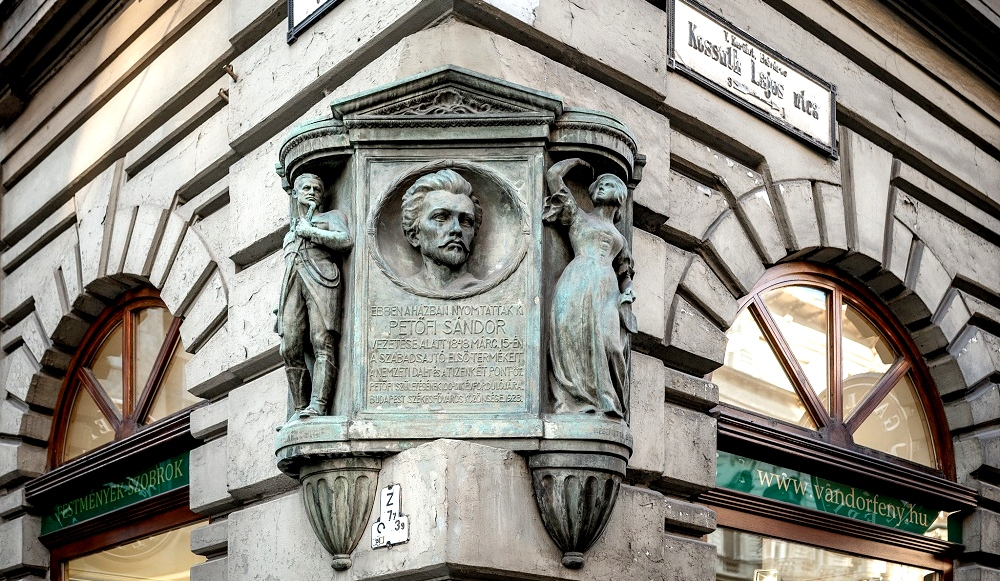 The Landerer printing house has become a historical monument

Hungarian version of the article: Történelmi emlékhely lett a Landerer-nyomda

Five new locations have been added to the list of historical monuments. Among them is the former Landerer printing house in the 5th District, where the 12 points formulating the demands of the 1848 revolution and the National Anthem were printed.

The former Landerer printing house, the Isaszeg battlefield, the Siklós castle, the Szabolcs castle and church, and the Tápióbicske battlefield have become historic memorial sites in Budapest's 5th district on the recommendation of the National Memorial and Pardon Committee, and based on the decision of the Government of Hungary. With the expansion, there are currently sixty historical monuments in Hungary, whose professional umbrella organization is the National Heritage Institute (NÖRI), NÖRI writes in its press release. 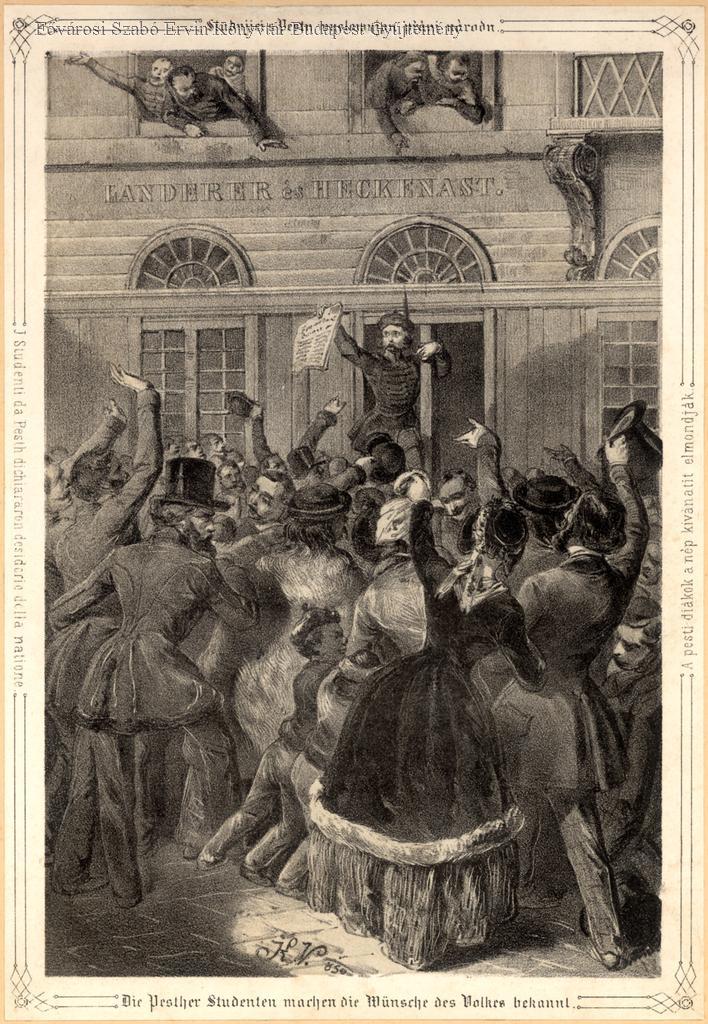 On 15 March, 1848, the National Anthem and the 12 points were printed in Landerer and Heckenast's printing house without censorship permission, graphics by Vinzenz Katzler (Source: FSZEK Budapest Collection) 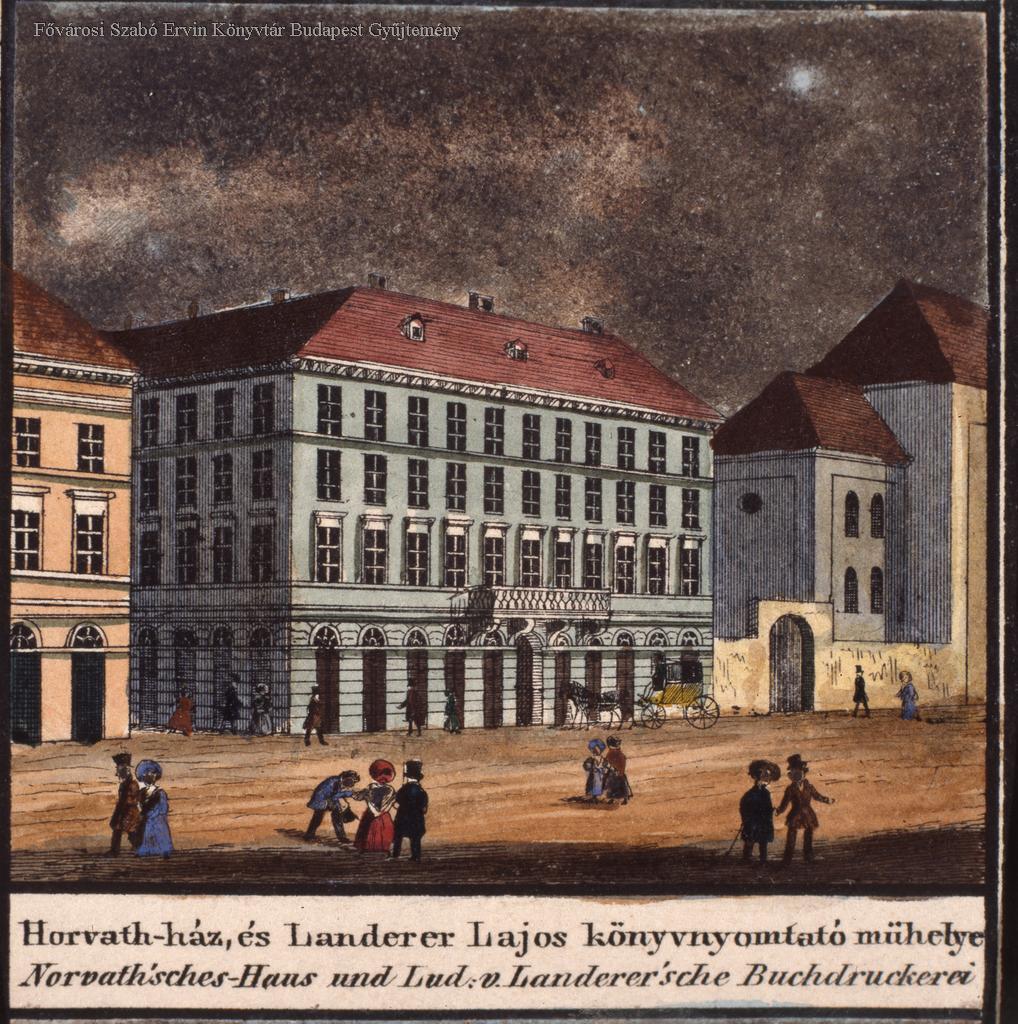 The Horváth House, in which Landerer and Heckenast's printing house also operated, Carl Vasquez's engraving of the building was made in 1837 (Source: FSZEK Budapest Collection)

The former Horváth house on the corner of Kossuth Lajos utca and Szép utca was built in 1817 based on the plans of Mihály Pollack. The classicist-style apartment building had two courtyards, an elegant lobby and a staircase. The printing house of Lajos Landerer and Gusztáv Heckenast operated here, which played a major role in the events of 15 March, 1848. On 15 March, 1848, under the pressure of the revolutionary crowd, the 12 Points and Sándor Petőfi's poem National Song were printed here.

The apartment building was seriously damaged in World War II, and its condition has deteriorated in recent decades. This year, the renovation of the former Horváth house at 3 Kossuth Lajos street was declared to be of particular importance from a national economic point of view. 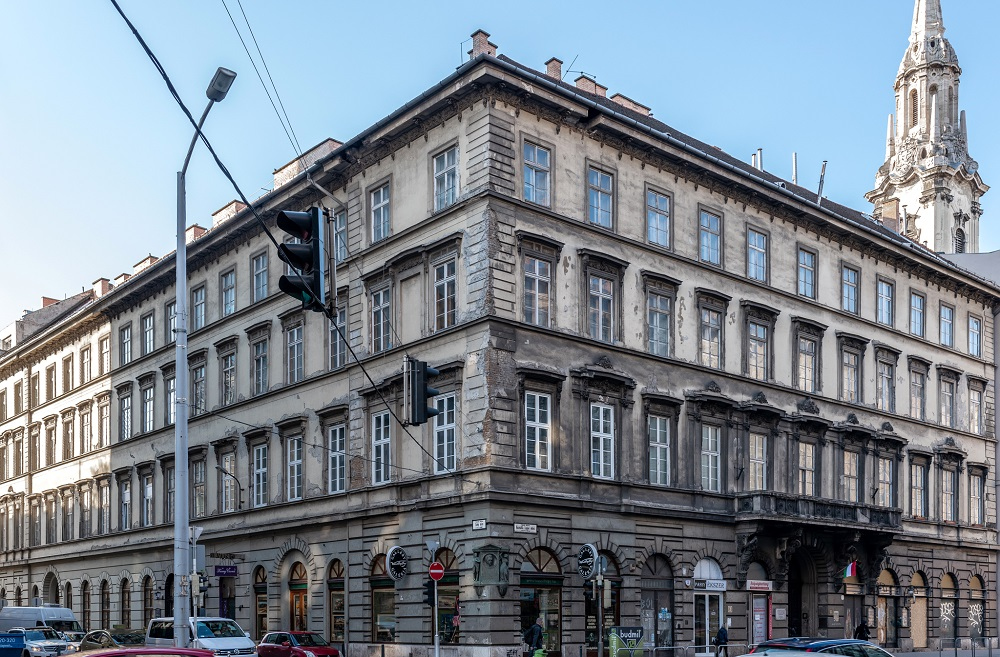 The Horváth House in 2020 (Photo: Both Balázs/pestbuda.hu)

In addition to these, the Isaszeg and Tapióbicske battlefields, which preserve the memory of the most brilliant triumphs of the freedom struggle, and the Szabolcs castle and church as the site of the synod associated with St. László, as well as the Siklós castle, a witness to the stormy centuries of Hungarian history, which is well known to everyone from the captain of the Tenkes, have become historical memorial sites - writes NÖRI.

Gábor Móczár, the director general of the National Heritage Institute, said in connection with the expansion: he considers it extremely important that the famous sites of our history receive as much attention as possible and become part of the public consciousness not only as sites, but also as important building blocks of our Hungarianness and national identity.

The National Heritage Institute pays special attention to the promotion and familiarization of national and historical monuments, and therefore provides various forums for the sharing of knowledge and the transfer of the experiences of the maintainers. In addition, the national and historical memorial sites will be the primary locations of our emerging National Remembrance Pedagogy Program, so we can teach high school students about the significant events of our history and their effects on today through experiential, experiential learning," added the head of NÖRI.

Cover photo: The relief commemorating the printing of the National Song and the 12 Points with Petőfi's portrait on the corner of Kossuth Lajos street, Szép street (Photo: Both Balázs/pestbuda.hu)