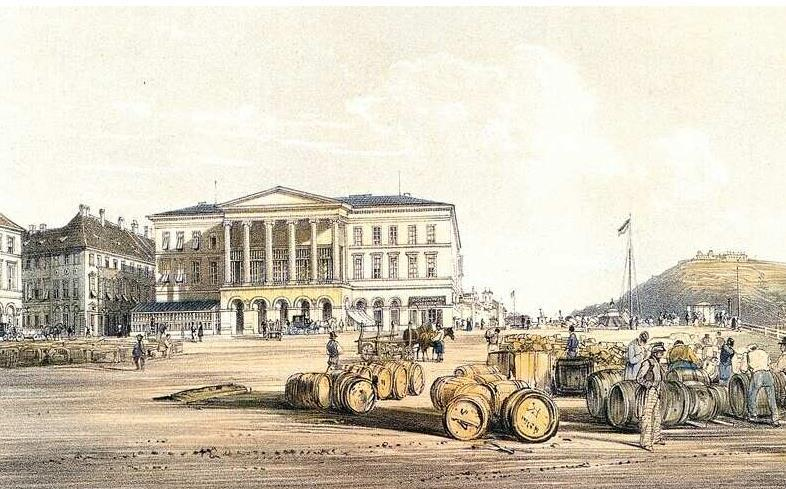 The establishment of the Pest Casino

Hungarian version of the article: A Pesti Casino megalakulása

One of István Széchenyi's first creations was the Pest Casino, which was a kind of leisure club with cultural and economic development goals. The Pest Casino was opened 195 years ago, on 20 August 1827.

The first half of the 1820s was the period of the "policy of grievances" in Hungary. The slightly insulted Hungarian political elite felt left out of public affairs, while the ruler and his entourage saw the Hungarian territories as a kind of subjugated country that needed to be kept in check. At the parliament convened in 1825, therefore, representatives considered to be in the opposition gave speeches in which they listed their grievances against the Hungarian constitution. 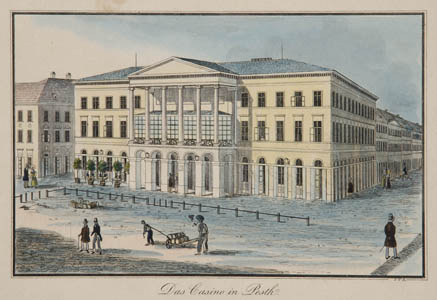 The Casino opened in Dorottya Street, and later they rented premises in the Lloyd Palace (present-day 1-2 Széchenyi István Square) (on the photo). The engraving by Johann Vincenz Reim was made in the 1830s 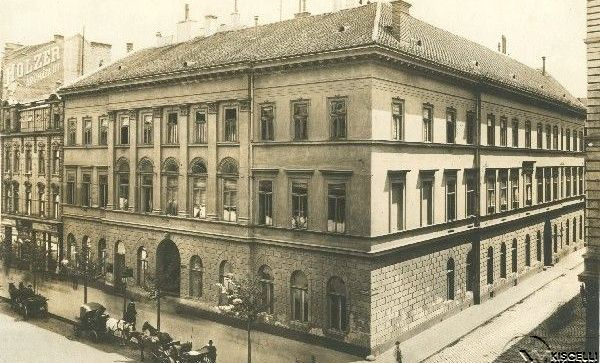 However, István Széchenyi imagined domestic public life slightly differently. During his trip to England, he naturally got to know the world of London's closed clubs, since he was in the top circles in England as well, and he liked the idea and decided to introduce it here as well. After his famous speech in 1825, with which he practically threw a stone into the stagnant water in the fruitless debate about the Hungarian Society of Scientists, he suddenly became a national politician and took up three cases.

These were: the Society of Scientists, the horse race, which he also considered professionally justified - since he was originally a professional hussar officer - and a place where "more sophisticated minds" can meet and exchange ideas, actually about anything. He named this institution Casino, because although the example was the world of London clubs, he did not consider the name 'club' to be a good one at home, due to its perceived political overtones. 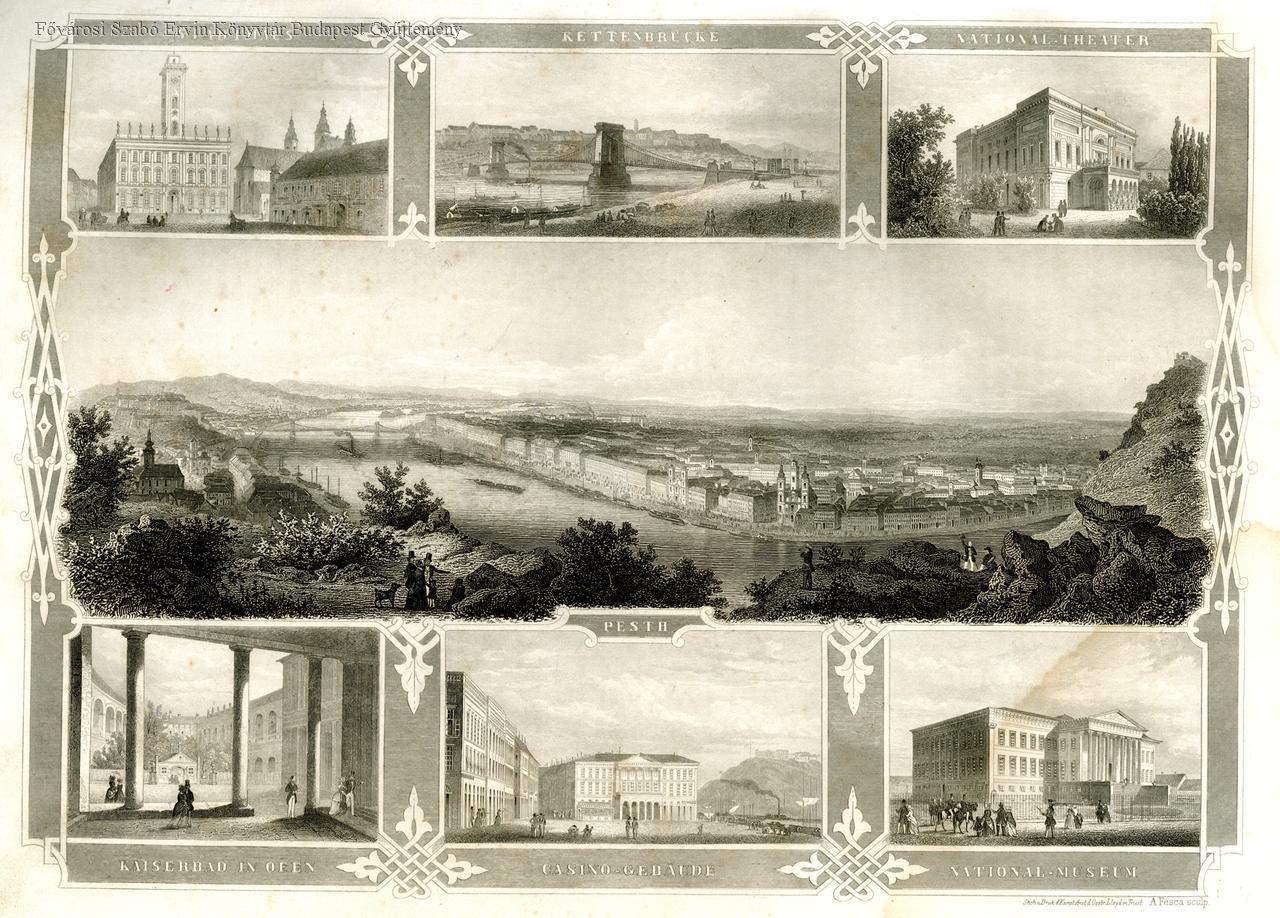 Sights of Pest, including Casino, on A. Fesca's 1854 copperplate (Source: FSZEK Budapest Collection)

Already in Pozsony (Bratislava), during the parliament, he organised the first Casino, but at the end of the parliament it seemed that its real place would be in Pest, so from the beginning of 1827, he took steps to establish the Casino here, not only recruiting members (membership also entailed financial burdens).

The purpose of the organisation was summarised by Széchenyi at the inaugural meeting on 10 June 1827 as follows, as can also be read in Béla Novák's article titled Casinos in the Capital (Fővárosi kaszinók):

"[...] so that, following the example of the casinos in London, Paris, Graz, Prague, and more, in our country too there should be a more distinguished and elegant gathering place, where the main and more distinguished and better-educated, intelligent men from all classes of the social order interact with each other or meet for a friendly conversation, or read a variety of political journals, such as can usually be found in coffee houses, and read useful economic, scientific, and artistic monthly articles. And they should be able to entertain themselves in their free hours, or if it should happen that several Hungarian aristocratic houses would spend part of the year here in Pest, those of them who do not have a separate house could also find a restaurant according to their needs in the Casino, and thus things that make life more beautiful, what they found in abundance abroad, they should be found more and more often in our country, and as a result, more and more people will get used to it."

Not only nobles could be members of the Casino, but any man voted for by the members. Although they initially hoped for 200 members, the formal opening of the institution, which had only 46 members at the start, took place on 20 August 1827, at which time it already had 175 members.

The lines quoted above are supported by the first yearbook of the Pest Casino published in 1828, in which the purpose of the Casino is stated as follows:

"Casino is an association of noble people for pleasant conversation, in which they discuss scientific and, above all, economic and trading subjects, or read more useful books and newspapers."

The official language of the Casino was Hungarian, so it also helped the cause of the Hungarian language, since the language of the Hungarian aristocracy and the Pest bourgeoisie was actually German. In the first list of members, we find quite a few nobles - almost all nobles were represented, but also civils, lawyers or representatives of other professions, for example József Hild "master builder" was a member already in 1828. 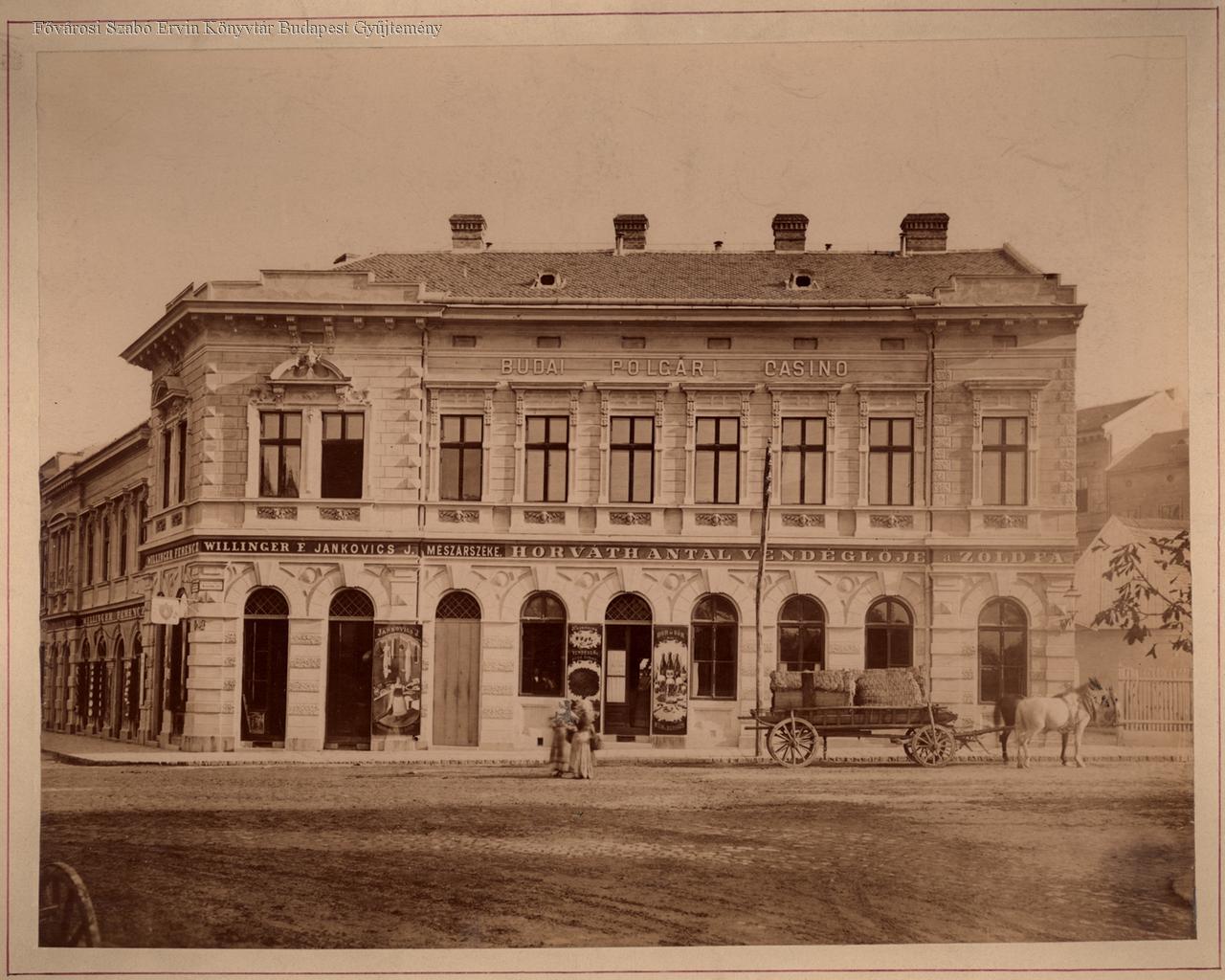 The Casino also organised balls and dances, thus making a lively contribution to the social life of Pest, but it did not remain passive in economic matters either, as is well exemplified by its wine selection, and the first report on its activities, published in 1828, wrote the following:

"In addition to several foreign wines, there are 29 types of Hungarian wines in the Casino's cellar, and it is hoped that slowly, the best quality wines of all kinds from the country will be found there. And from this, the fact that both the patriots and the foreigners see Hungarian wine, unmixed, pure, in one centre, it also follows, outside of foreign trade, that the good, but so far not very well known wine gets the reputation it deserves."

At the time of its opening, the Pest Casino operated in the Vogel House on Dorottya Street, renting premises there, but later, in 1830 it partially moved to the Lloyd Palace. It adopted the name National Casino in 1830. In 1859, the Casino moved to the Cziráky Palace, on the corner of today's Kossuth Lajos Street - Szép Street, which it first rented and then bought, and was rebuilt in 1874 according to the plans of Miklós Ybl. It operated here until 1944, when the palace was destroyed. After the war, the operation of the National Casino became impossible, although it was re-established in 1990.