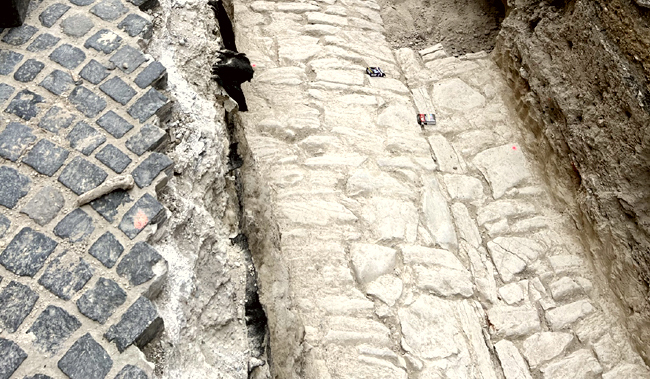 A large section of a road from the time of Sigismund of Luxembourg, dating from the beginning of the 15th century, was excavated by the staff of the Budapest History Museum at the Buda Castle, in the area below the Savoy Terrace. Medieval and early modern layers can also be observed on the excavated road section.

The staff of the Budapest History Museum excavated a large section of a road from the time of Sigismund of Luxembourg (the beginning of the 15th century), in the area below the Savoy Terrace, on the Danube side of the Buda Castle - revealed in the article published on the archaeological portal of the BHM.

It can be read that the exceptionally well-preserved medieval road was found over a relatively long length, and since it had previously been disturbed in some places, its structure was also clearly visible. First, a simple dirt road was presumably established in the area, perhaps for the transport of building materials for the construction of the royal palace that began in Sigismund's reign, and this was soon transformed into a gravel-based road with stone slabs on the surface. Its surface was shaped in a convex shape to drain the precipitation, drainage channels were placed on both edges. The road was wide enough for carts to travel on it - they write on the regeszet.aquincum.hu website. 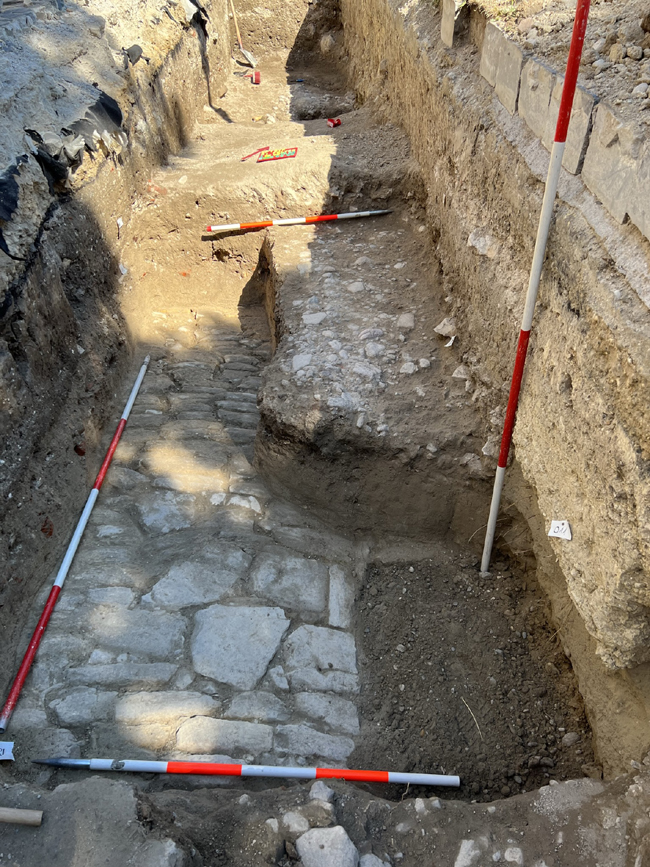 It can be learned from the article that the road led up to the clearing on the site of today's Savoyai Terrace, which was the actual forecourt of the palace during the Sigismund-era. The other end of the road is still unknown. The road still existed in the Turkish era, at which time a road surface sprinkled with gravel was already used over the former road, and its abandonment and destruction presumably occurred in the 17th and 18th centuries.

Such a well-preserved section of medieval road practically has barely survived in the surroundings of the Royal Palace of Buda, writes regeszet.aquincum.hu in its report.

The full article can be read here (in Hungarian).

Cover photo: Archaeologists have found the road of the Buda Castle from Sigismund-era (Photo: regeszet.aquincum.hu)