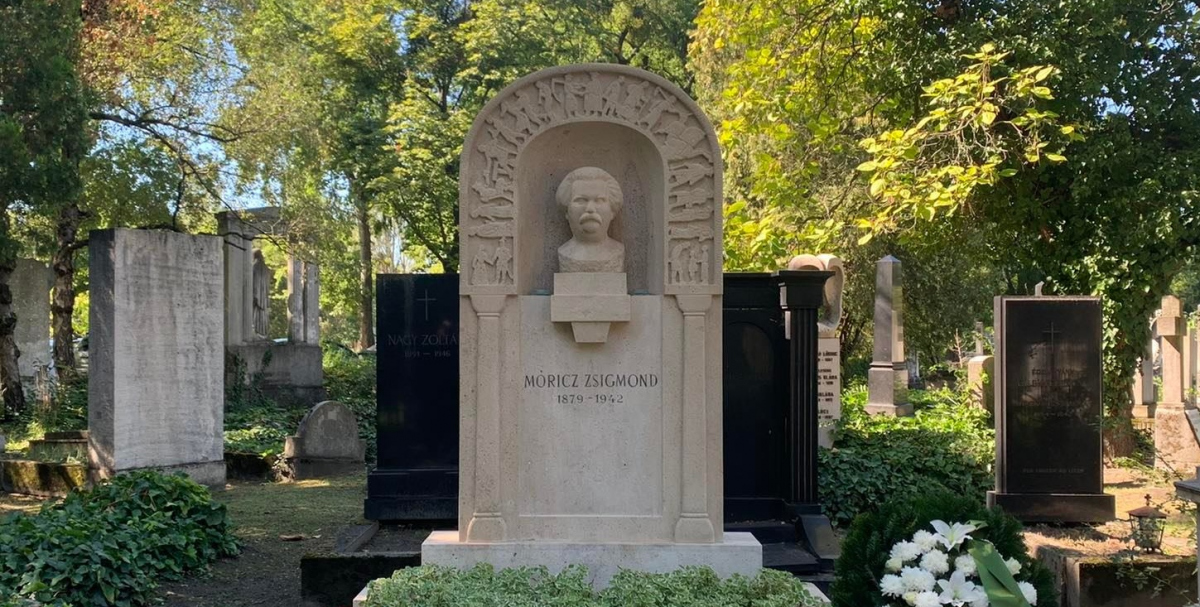 Zsigmond Móricz was remembered in the Fiumei Road Cemetery

Zsigmond Móricz died on 5 September 1942, at the age of 63. On the occasion of the 80th anniversary of his death, a memorial service was held in the Fiumei Road Cemetery. His tombstone, which was created by his good friend Ferenc Medgyessy, a Kossuth Prize-winning sculptor, was also renovated for the anniversary.

Zsigmond Móricz was remembered on the occasion of the 80th anniversary of his death on Friday at the writer's renewed tomb in the Fiumei Road Cemetery, MTI reports.

At the commemoration organised by the National Heritage Institute (NÖRI), Eszter Vitályos, the Parliamentary State Secretary of the Ministry of Culture and Innovation (KIM), highlighted that Zsigmond Móricz was a genius who wrote a 20th-century folk tale, a grey fairy tale, among everyday objects. Gábor Móczár, the director general of NÖRI, recalled that the grave monument renewed for Friday's anniversary was made by Zsigmond Móricz's good friend, Kossuth Prize-winning sculptor Ferenc Medgyessy, for the 10th anniversary of the writer's death. 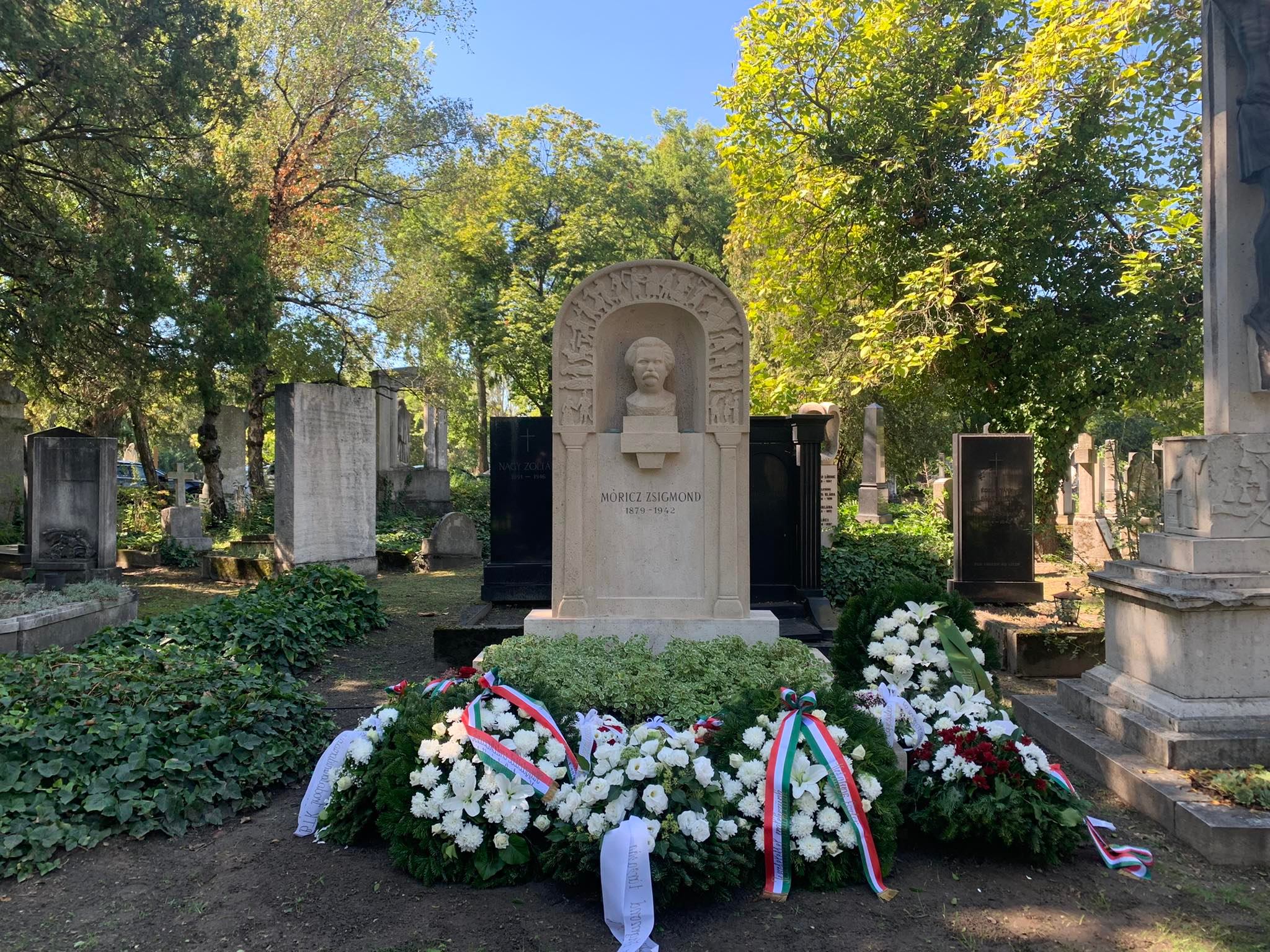 On the memorial, around the portrait of Zsigmond Móricz, there is a frieze depicting the important characters of his novels, such as Misi Nyilas, Sándor Rózsa, the characters of the Tündérkert, and the typical characters of Úri muri - added Gábor Móczár. The director general pointed out that the aim of the National Heritage Institute is to popularise all the historical and literary heritage that is brought to life at the Fiumei Road National Graveyard. That is why the institute joins all national cultural events, including the days of cultural heritage next Saturday, when the grave monument of Zsigmond Móricz will be an important stop of the announced literary walks. This is also the purpose of the thematic walks announced every week, the extraordinary history and literature classes, as well as the free FiumeiGuide application, which presents our greats who rest here, Gábor Móczár added.

Zsófia Szilágyi, president of the Zsigmond Móricz Society, and Csaba Kerezsi, head of the Móricz Zsigmond High School in Szentendre, also spoke at the event. 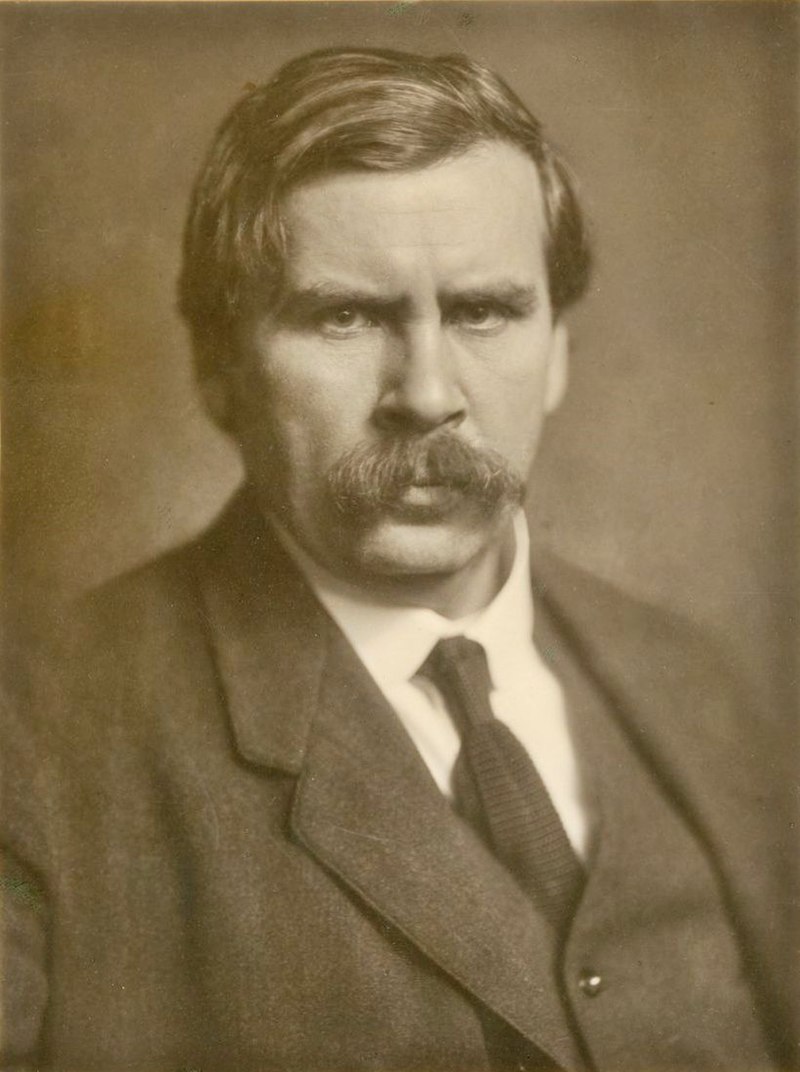 Zsigmond Móricz (1879-1942) was the most prolific and popular figure in 20th-century Hungarian realist prose literature. His short story Seven Pennies (Hét krajcár), published in the Nyugat in 1908, brought him fame (1908). His novel Be Faithful Unto Death was published in 1920. In 1921, Nyugat began publishing his historical novel about 17th-century Transylvania, Tündérkert, which became the first piece of the Transylvania trilogy. In the mid-1920s, he returned to the analysis of rural and urban fate possibilities. He criticised gentry figures who wanted to do things and innovate, but failed (Úri muri), and were ruined by the Panamanian environment (Relations). Among the short stories of the 1930s, the balladic narrative of the Barbárok stands out.

One of the most unique works of Zsigmond Móricz is his novel Élétem regénye, written two years before his death, which is a family history and sociography at the same time.