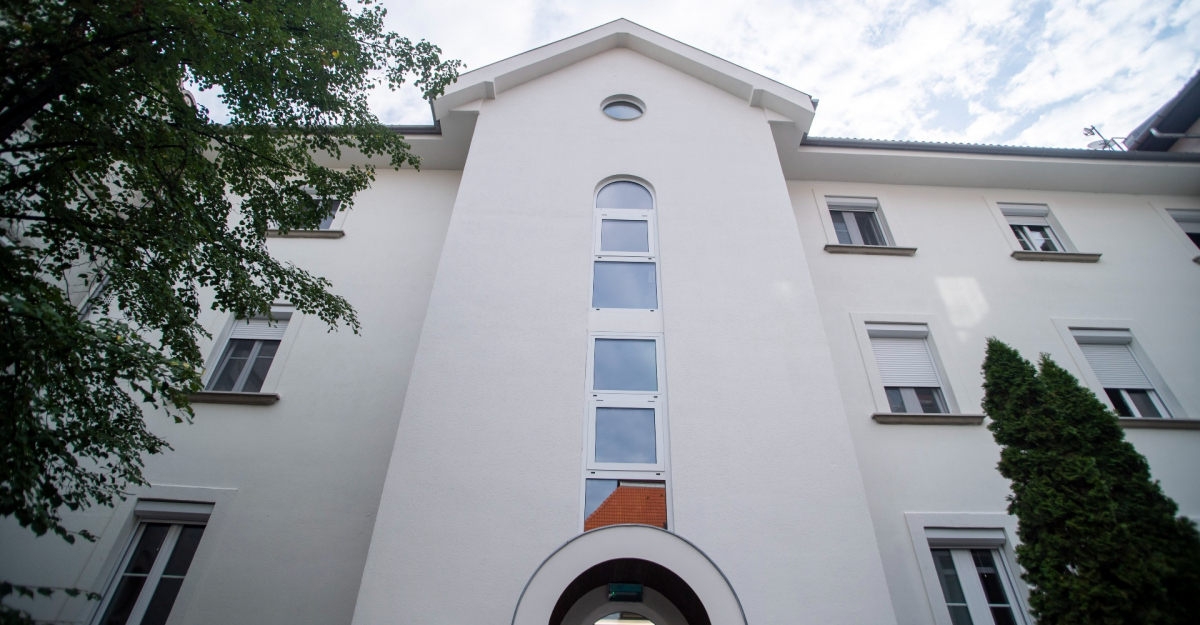 The Reichmann Wing of the Charity Hospital, maintained by the Federation of Hungarian Jewish Communities, has been renovated. The new, central laboratory is now located in a separate building, and the institution was expanded with a new institute pharmacy and other service units.

The Reichmann Wing, the new laboratory and pharmacy of the Charity Hospital located at 53-55 Amerikai Road in the 14th District, maintained by the Federation of Hungarian Jewish Communities (Mazsihisz) was handed over on 14 September, reports MTI.

Péter Takács, the State Secretary responsible for health at the Ministry of the Interior, highlighted in his speech that not only the renovated part of the building is cause for celebration, but also that the cooperation between the government and historic churches "leads to such wonderful results". He added that the fruits of cooperation can be enjoyed not only by the specific religious communities, since church hospitals, such as Mazsihisz Charity Hospital, also take part in the regional care. The State Secretary thanked the hospital's management for the care of the Covid patients and highlighted the hospital's participation in the national vaccination program. 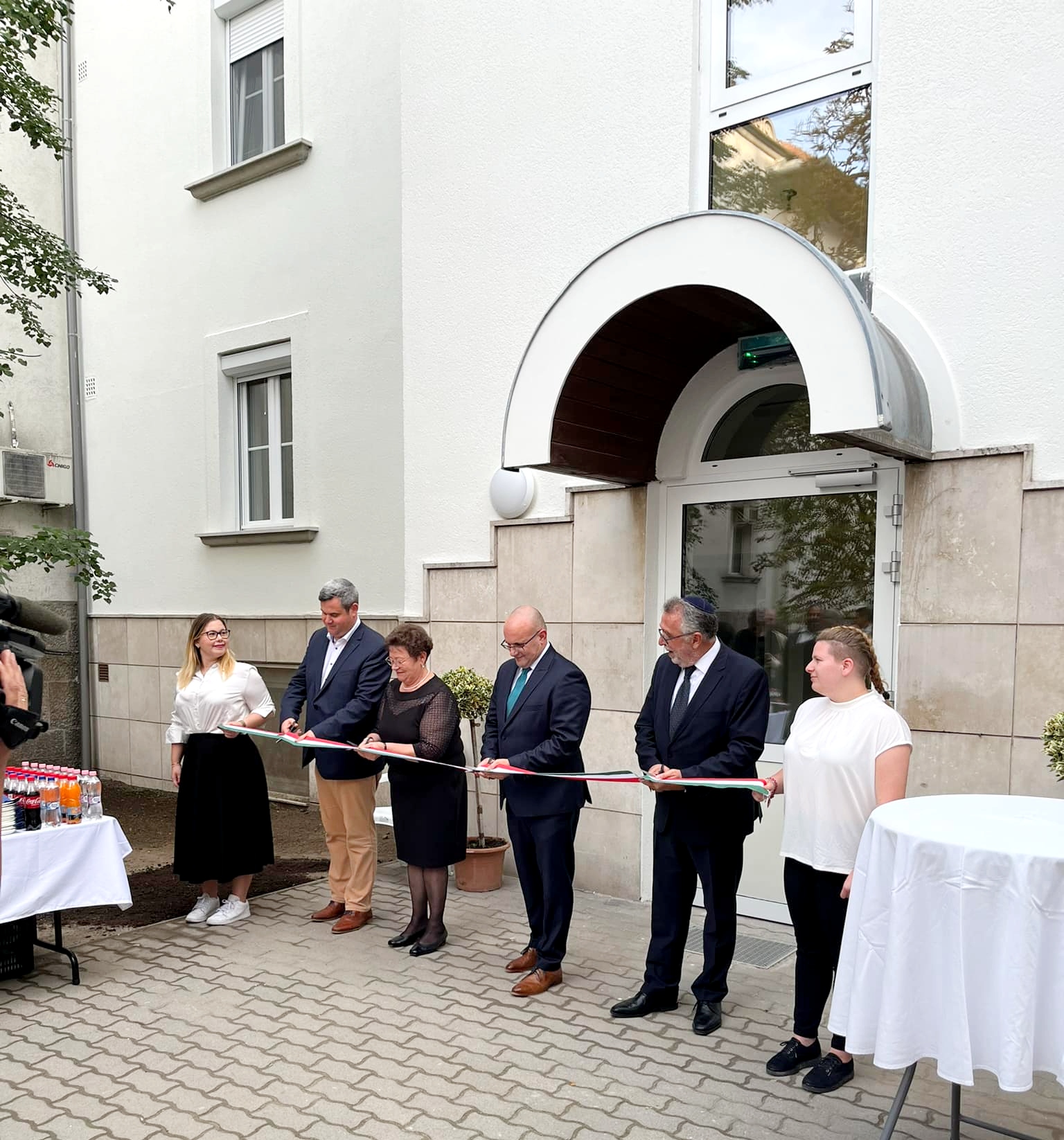 András Heisler, the president of Mazsihisz, recalled: the Reichmann Wing was handed over 37 years ago thanks to the Canadian Reichmann Family and other donors. The building, which was not originally built as a hospital but was forced into a hospital after the nationalisation of the 1950s, was made bearable for the patients by the expansion designed following the requirements of the time, he said.

He reminded everyone: in 2017, the government decided to provide significant funds for the reconstruction of church hospitals, and the administrators and managers of church hospitals jointly created the care structure that covers almost all areas of medical care. Since then, the institution has "properly and accurately accounted" for the funds used, he said, adding that approximately 2,5 billion HUF are still expected to complete the project, rightly so, in his view, since the government wants to complete the investments that have been started, even in the difficult economic environment. "And we promise that we will use every penny to care for the patients," stated the president of Mazsihisz.

National Chief Medical Officer Cecília Müller emphasised: in the past two years, during the coronavirus epidemic, the Mazsihisz Charity Hospital has proven that its employees are doing everything possible to provide the most professional care to their patients. The National Chief Medical Officer indicated that the investment continued despite the difficulties of the pandemic, and thanked the designers, contractors, and workers for their work and the patience of the patients. She also said: the modern, new wing will be complete with the "loving activity" of its employees. 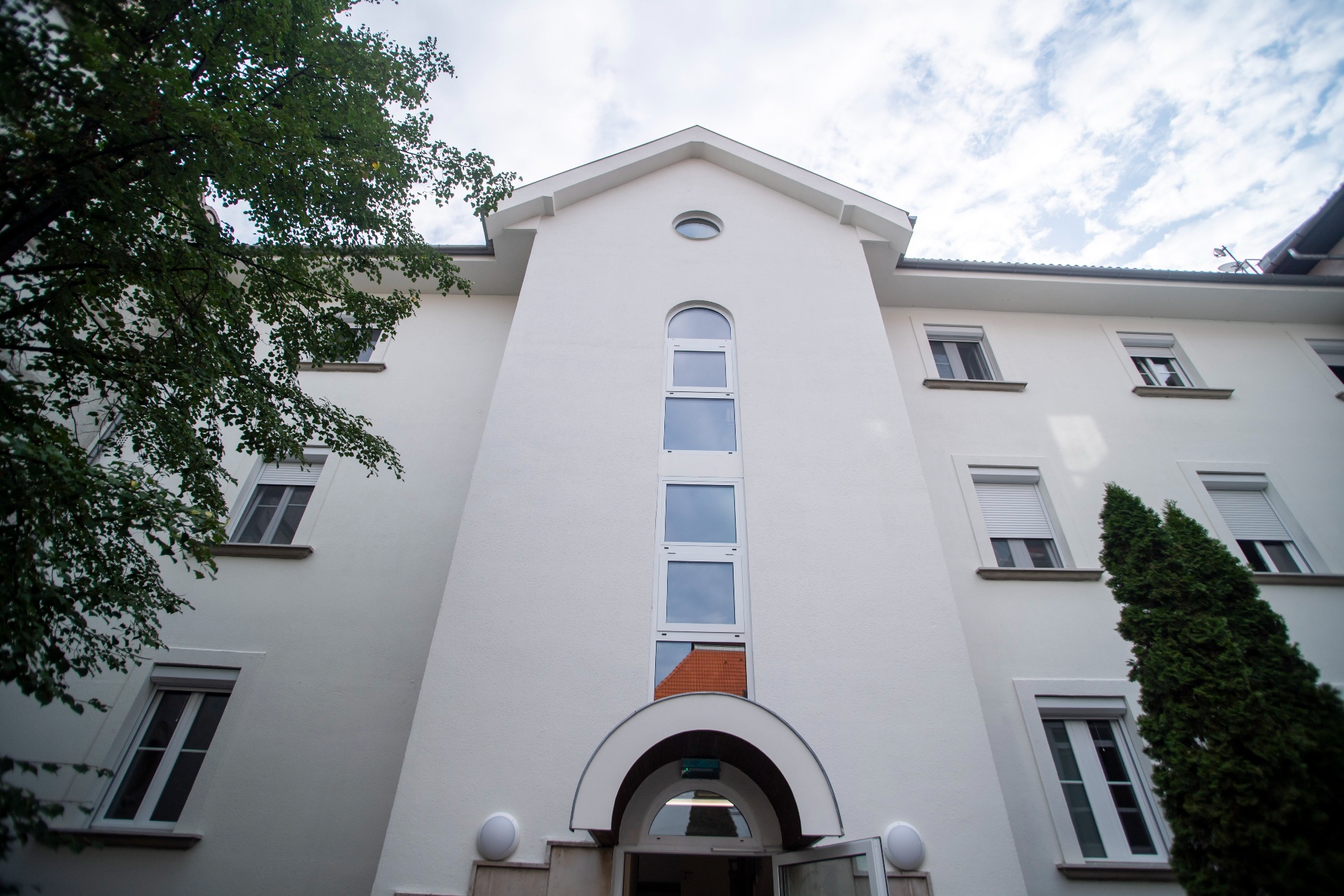 The investment was realised on a total of 1,055 square metres and 5 levels (Photo: MTI/Zoltán Balogh)

According to Moran Birman, the Deputy Ambassador of Israel in Budapest, it is a heart-warming feeling to see the efforts of the Hungarian government and Mazsihisz to renovate the hospital, and this is even more important, knowing that this is the only surviving charity hospital in Central Europe. To this day, Holocaust survivors are living in Hungary, whose health and well-being must be nurtured and protected as long as possible, he pointed out, thanking the hospital staff for their work, the diplomat added.

Shemesh Assaf, the Director General of the Charity Hospital, said that a hospital works like a human body and that the Charity Hospital is currently "healthy and stable". And this is because his colleagues have stood the test of time in both good and bad times.

The investment was realized on a total of 1,055 square metres and 5 levels. The previous capacity was expanded with 39 beds, a 200-square-metre, a new institute pharmacy, and other service units. The accessible one- and two-bed wards have their own bathroom, television and air conditioning. The new, central laboratory is located in a separate building of 205 square metres. The government provided 4.8 billion HUF for the complete renovation of the hospital.

Cover photo: The Reichmann Wing, new laboratory and pharmacy of the Charity Hospital maintained by the Federation of Hungarian Jewish Communities were handed over (Photo: MTI/Zoltán Balogh)