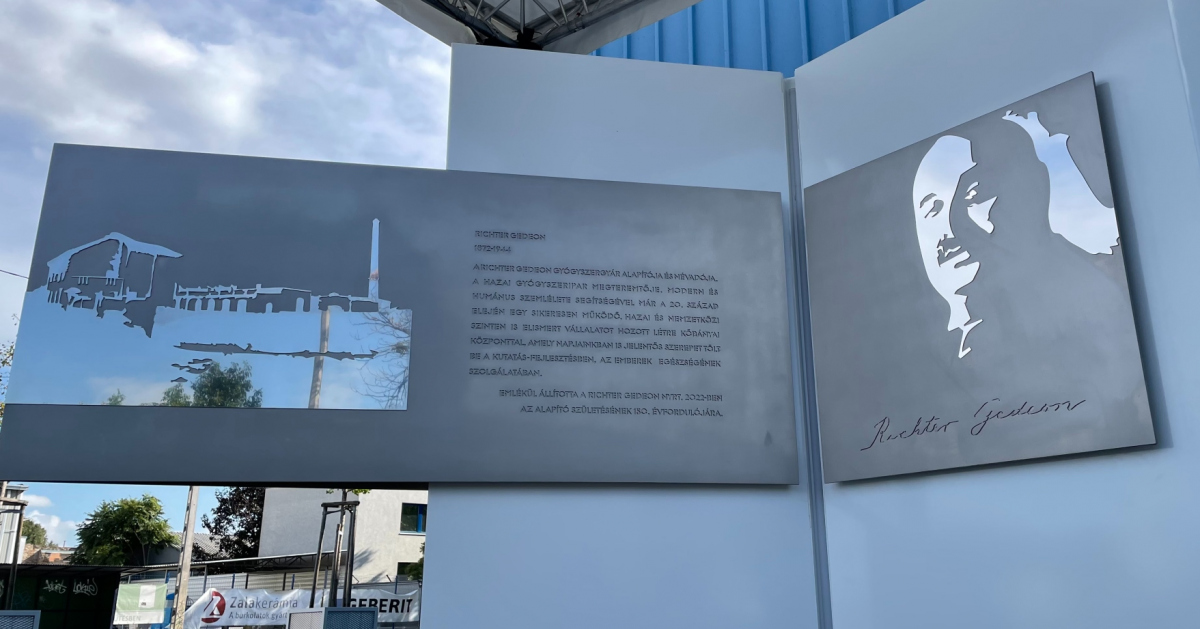 A street was named after Gedeon Richter, born 150 years ago, in Kőbánya

A public area was named after Gedeon Richter, the well-known Hungarian pharmacist and factory founder, who was born 150 years ago today. A section of Vaspálya Street in the 10th District between Kőér Street and Noszlopy Street bears his name. A memorial was also placed at the beginning of the street.

A section of Vaspálya Street in Kőbánya is named after Gedeon Richter, paying tribute to the memory of the pharmacist and factory founder born in 1872. The street and the monument erected on the occasion of the 150th anniversary of the birth of Gedeon Richter were inaugurated by Róbert Antal D. Kovács, the mayor of the 10th District, Erik Bogsch, the chairman of the board of Gedeon Richter Plc., and Gábor Orbán, the company's CEO.

Gedeon Richter, who is considered the founder of the Hungarian pharmaceutical industry, was born on 23 September 1872 in Ecséd. In 1901, after obtaining his degree and studying in the West, the pharmacist bought the Sas pharmacy in Budapest, where he started producing and distributing organo therapeutic drugs. His company, built on self-reliance, talent and diligence, began to grow rapidly. 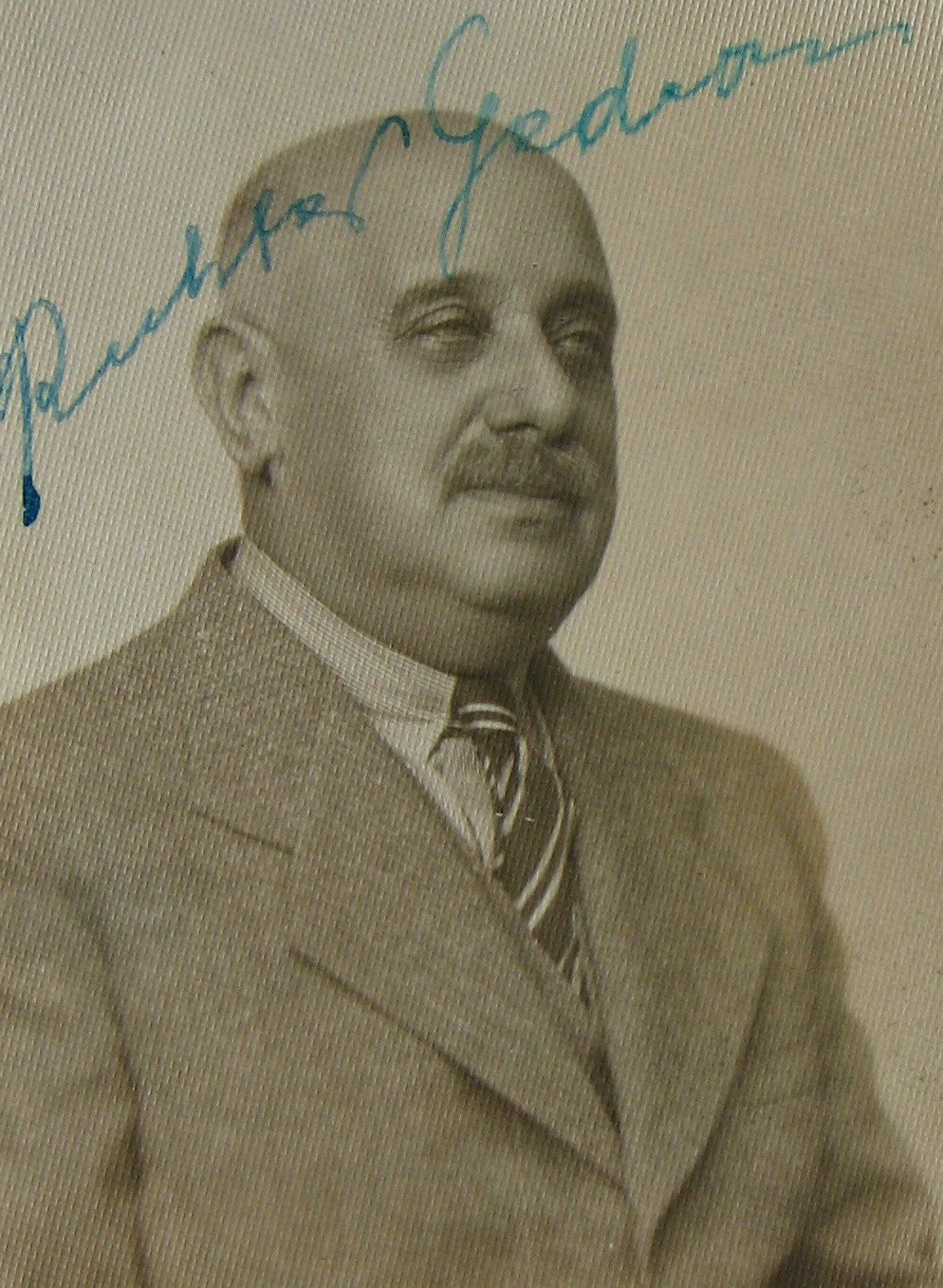 He established one of the first Hungarian pharmaceutical factories in Kőbánya in 1907, which was already considered one of the leading international suppliers in the 1920s and 30s. Gedeon Richter Pharmaceuticals is now the most significant innovation base in the Central and Eastern European region, thanks to its commercial network covering five continents, its products are available from China to Latin America. The intellectual legacy of the founder - faith in work, fair competition, innovation and the power of the Hungarian spirit - still defines Richter's operations.

On the 150th anniversary of the birth of the researcher, scientist and businessman, a street was named after Gedeon Richter in the section of Vaspálya Street between Kőér Street and Noszlopy Street, next to the site of the pharmaceutical factory still operating in Kőbánya. At the beginning of the street section, in tribute to its founder, Gedeon Richter Plc. erected a monument, which was handed over by Róbert Antal D. Kovács, Erik Bogsch and Gábor Orbán. 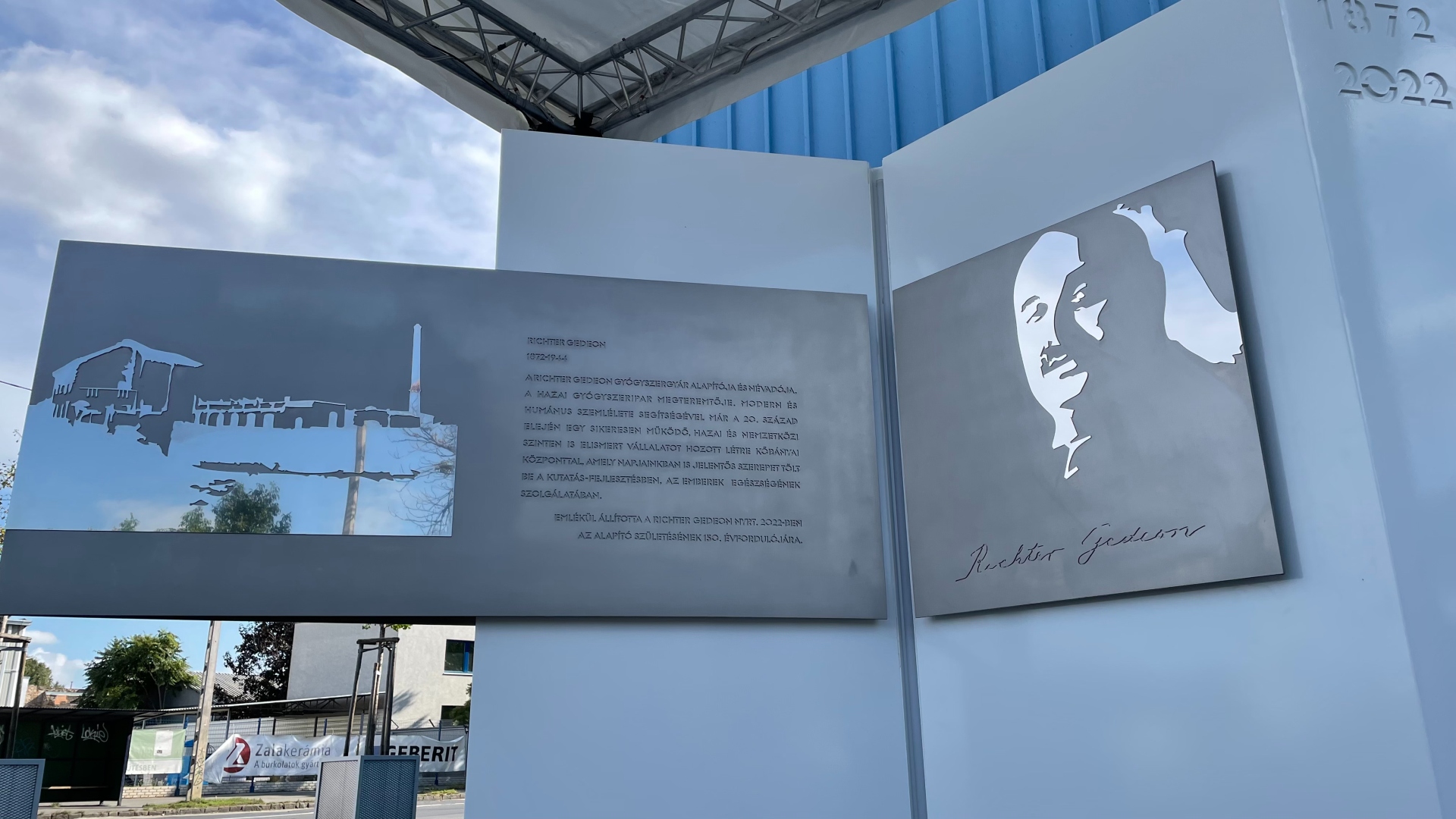 Monument in the street named after Gedeon Richter, Kőbánya

District Mayor Róbert Antal D. Kovács emphasised in his celebratory speech: "Gedeon Richter did not have a public memorial until now. In Újlipotváros, since 2009, there has been a sign on the house from which the Arrowmen took Gedeon Richter during the persecution of Jews. This memorial plaque does not allow the insult to the victims to be washed away. And the memorial site that has just been inaugurated will not allow us to forget the innovator, the creator of the domestic pharmaceutical industry, and the chief adviser to the government. The creator, who - although he could have - did not flee the country. But he stayed true to his life's work."

"For us, Gedeon Richter's name does not simply mean the name of the company, but the factory serving the entire country, as well as the worldwide network of subsidiaries. It embodies the spirit that pervades the company's operations to this day, whether it is about people-centeredness, the pursuit of continuous innovation or ethical, sustainable operation," emphasised Erik Bogsch, chairman of Richter's board of directors, at the handing over of the monument. 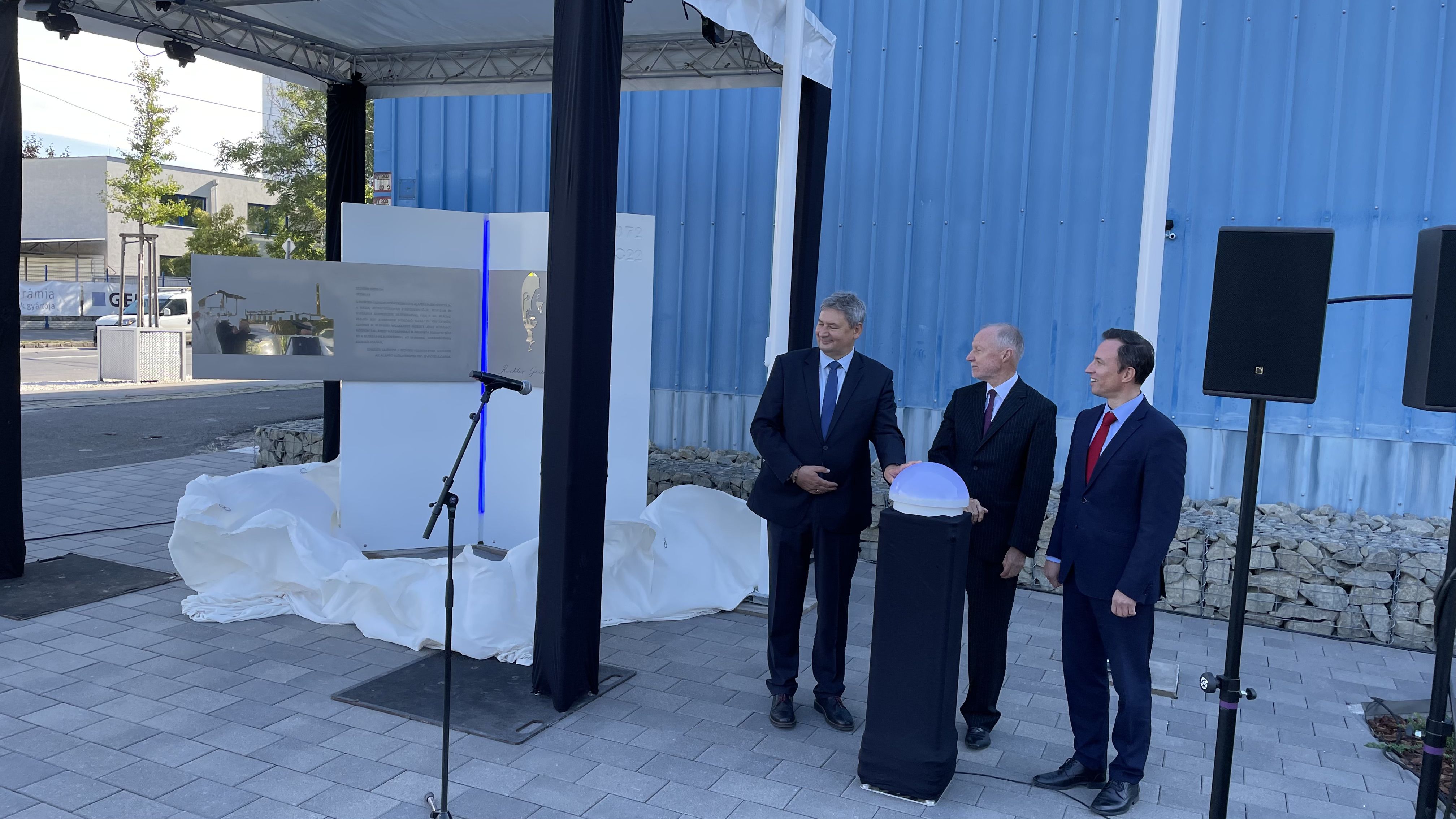 Gábor Orbán, CEO of Gedeon Richter Plc., said: "Our founder was outstanding not only as a pharmacist but also as a businessman. The value system he consistently represented proved to be timeless, and the path he chose proved to be successful. […] Our goal is to carry on this legacy through our innovative activities and our ability to continuously renew ourselves, as well as to ensure the stable development typical of the company in the future with more and more successes.”

On the occasion of the 150th anniversary, the company is erecting a commemorative plaque in memory of its founder at its locations in Dorog and Debrecen as well.

The Hungarian National Bank announced yesterday that on the occasion of the 150th anniversary of Gedeon Richter's birth, on 23 September, special non-ferrous commemorative coins with a nominal value of 2,000 HUF will be issued.

Source: Press release of the Kőbánya Local Council and the Hungarian National Bank

Cover photo: A street was named after Gedeon Richter, born 150 years ago, in Kőbánya