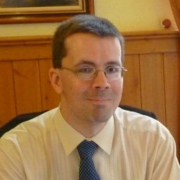 Ignác Roskovics was one of the popular painters of the last decades of the 19th century and the turn of the century. Among the ecclesiastical and historical works that define his oeuvre, the twelve paintings made for the St. Stephen's Hall in Buda Castle stand out, based on which ceramic paintings were made in the Zsolnay factory. The works, ten of which depict the most important kings and saints of the House of Árpád, and two depict scenes from the life of St. Stephen, will be on display again from 20 August in the recreated St. Stephen's Hall.

Ignác Roskovics was born on 28 September 1854 in Szalók, Zemplén County (today's Slavkovce, Slovakia). Roskovics, from a deeply religious Greek Catholic priestly family, enrolled in the Hungarian Royal Drawing School in 1875. His first painting was exhibited in 1880 as a student at the Kunsthalle (Hall of Art). He then continued his studies at the Academy of Fine Arts in Munich with church support, then rented a studio in the city where he painted The Arrival of the Holy Spirit, with which he won a church award. In the next place of his studies, in Rome, he also continued his religious-themed works, an example of which is the picture of Joseph raising the little Jesus. 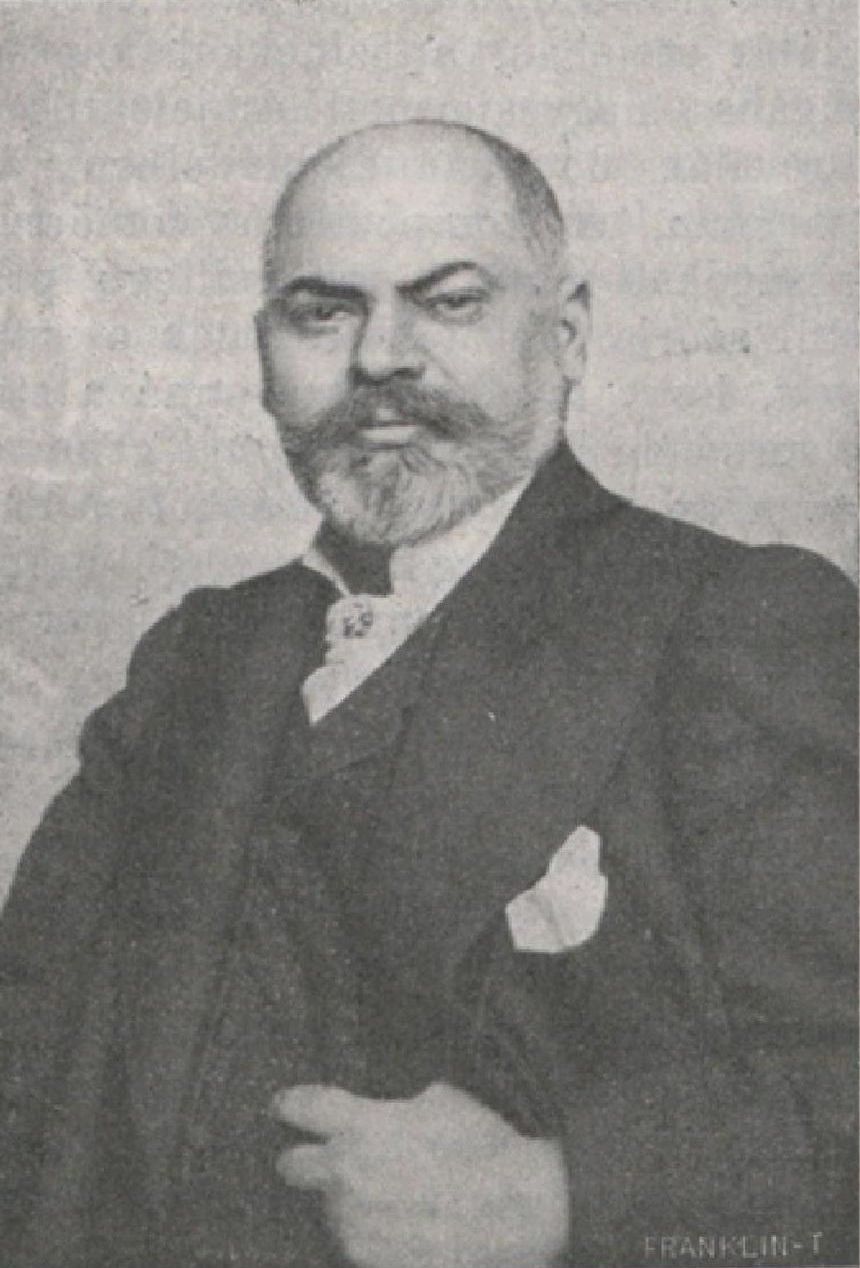 His choice of theme was already felt in his early works, which then determined his entire oeuvre: religious themes, portraits, and genre paintings characterised his works. After a short stay in Ungvár (today's Uzhhorod in Ukraine), Roskovics settled in Budapest. Here in 1885, he painted his Small red apple genre painting, which received several awards and made the painter a nationally renowned artist through his copies. 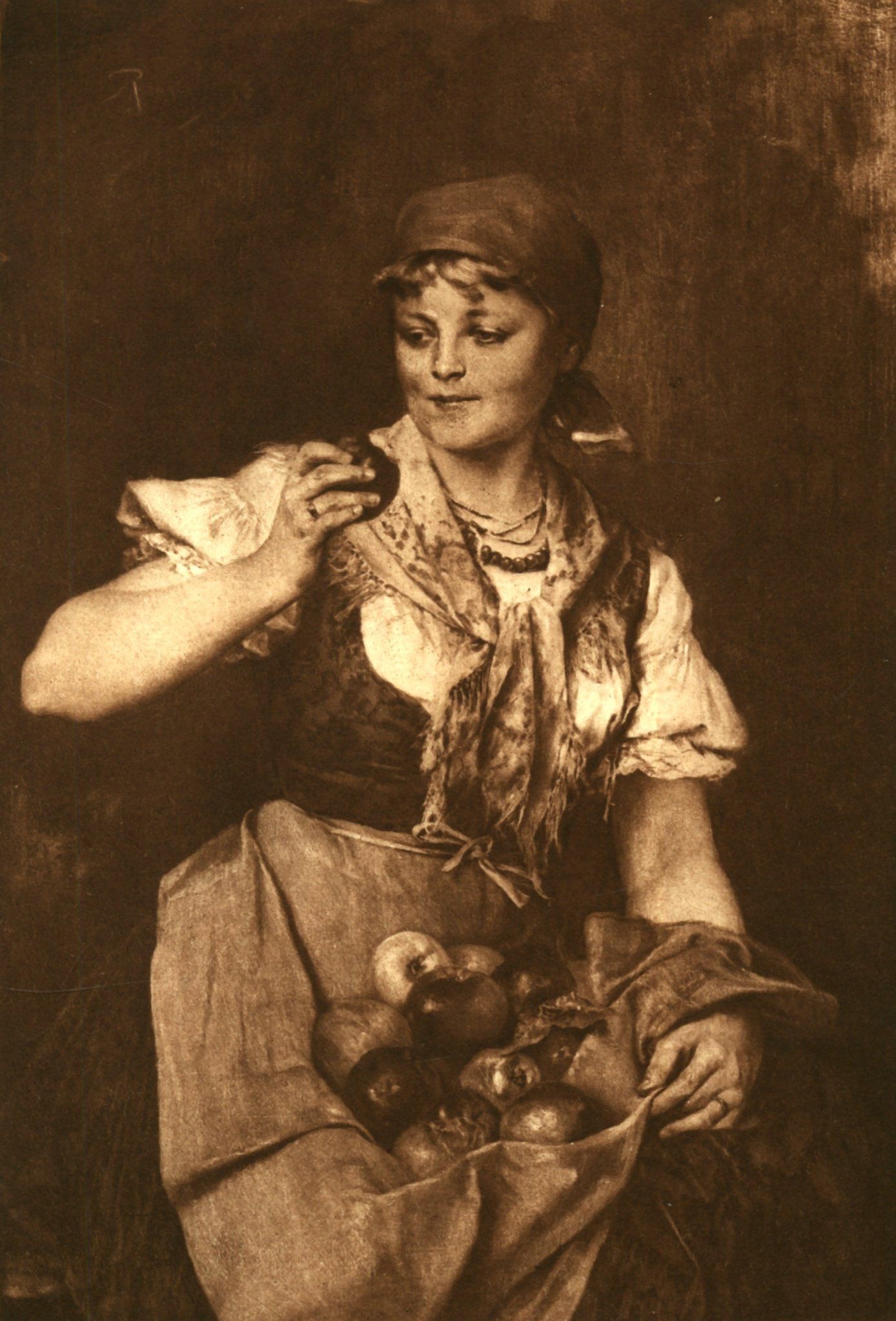 Ignác Roskovics received several commissions to make murals and altarpieces from churches in the capital and the countryside. His frescoes and altarpieces can also be found in Szinna and Léva (today's Snina and Levice in Slovakia), as well as in Máriaradna (today's Romania) and the Cathedral of Kecskemét.  The painting of the church in Kecskemét was recognised with the Lotz Prize.

The meticulousness of Roskovics striving for historical fidelity and the elaboration of the images can also be discovered on the murals of the church in Terézváros depicting the saints of the Árpád House. The painting of the church in Józsefváros was completed in 1894-95: the frescoes depict the four evangelists, the Holy Trinity, and various moments in the life of St. Joseph. 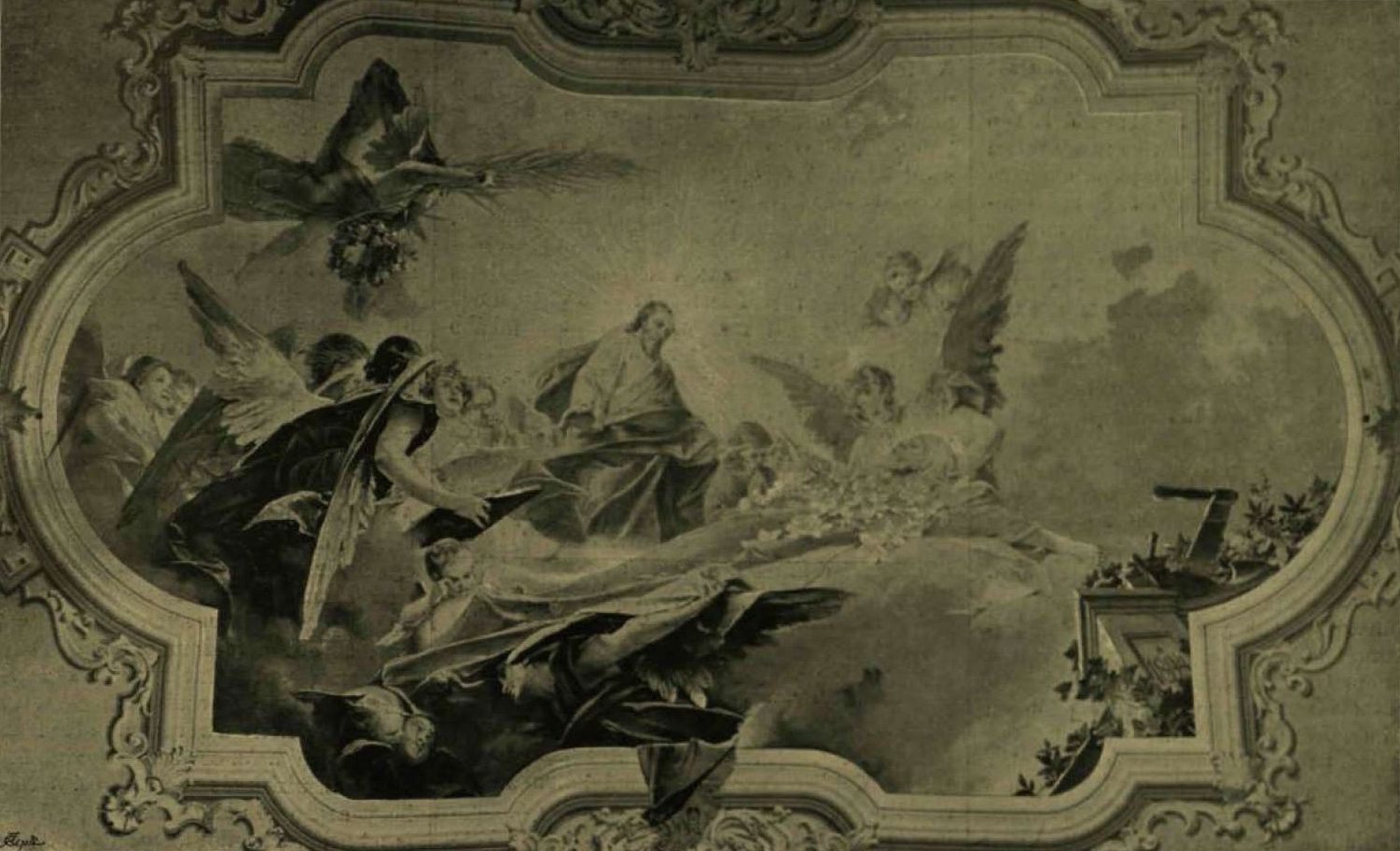 The death of St. Joseph is depicted in the fresco of the church in Józsefváros (Source: NSZL Digital Image Library)

In 1886, Ignác Roskovics was asked to illustrate a monumental piece, the 21-volume Austro-Hungarian Monarchy in Writing and Pictures and became one of the main illustrators of the volumes published in 15 years. 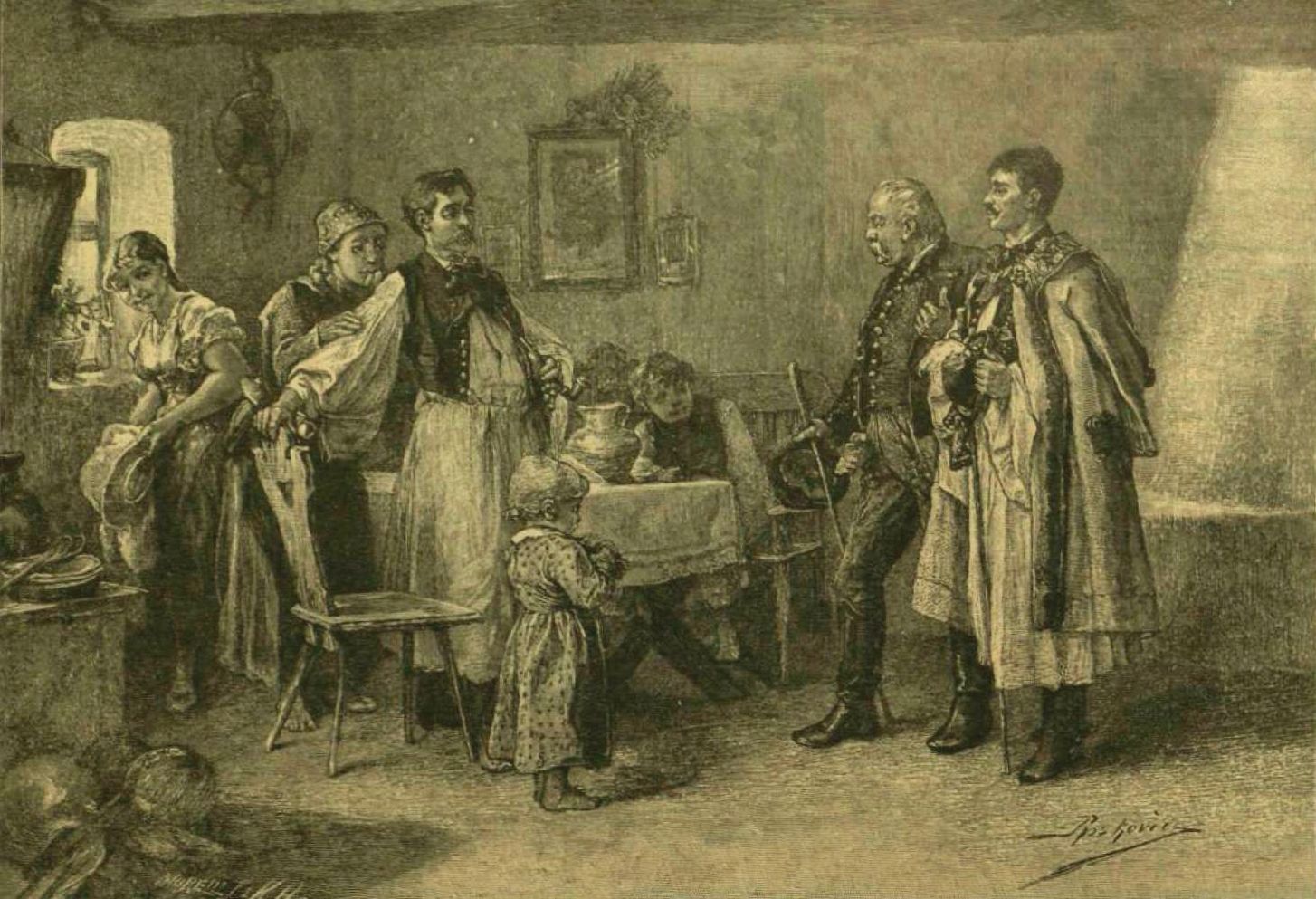 A marriage proposal can be seen in the illustration of Austro-Hungarian Monarchy in Writing and Pictures (Source: NSZL Digital Image Library)

After his historical painting, The Union of Transylvania, finished in the year of the millennium, Roskovics was invited as a nationally renowned artist by Alajos Hauszmann to decorate the St. Stephen's Hall in the rebuilt Buda Castle. Roskovics painted twelve pictures for the hall: ten full-length portraits of our kings and saints in the House of Árpád (Saint Emeric, Béla I, Saint Ladislaus, Coloman the Learned, Béla III, Andrew II, Saint Elizabeth, Béla IV, Saint Margaret [then Blessed Margaret], Andrew III), and his other two paintings depict two scenes from the life of St. Stephen: the coronation of him as king and St. Stephen preaching the Christian religion. 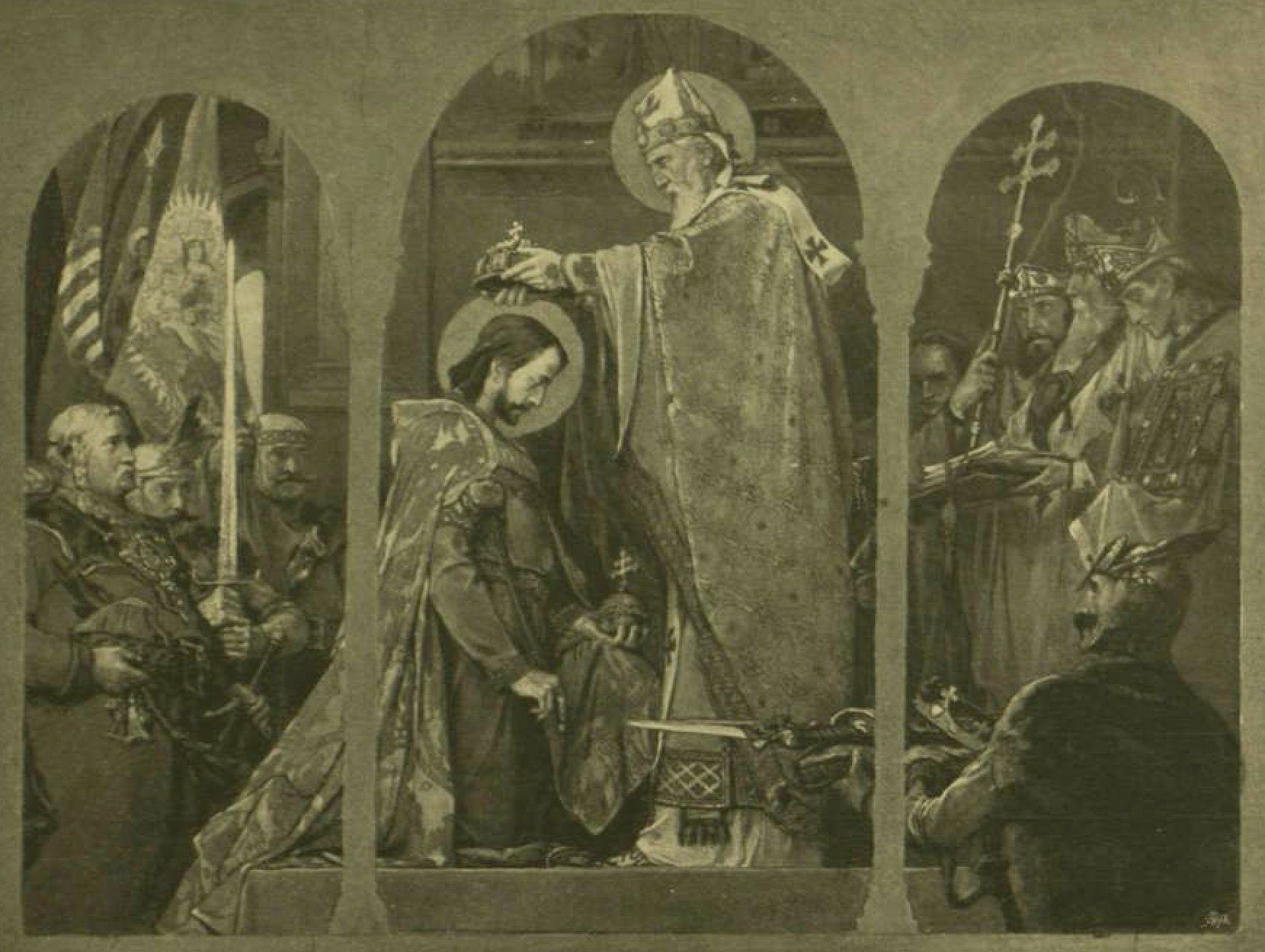 Coronation of St. Stephen as a king in a painting by Ignác Roskovics (Source: NSZL Digital Image Library) 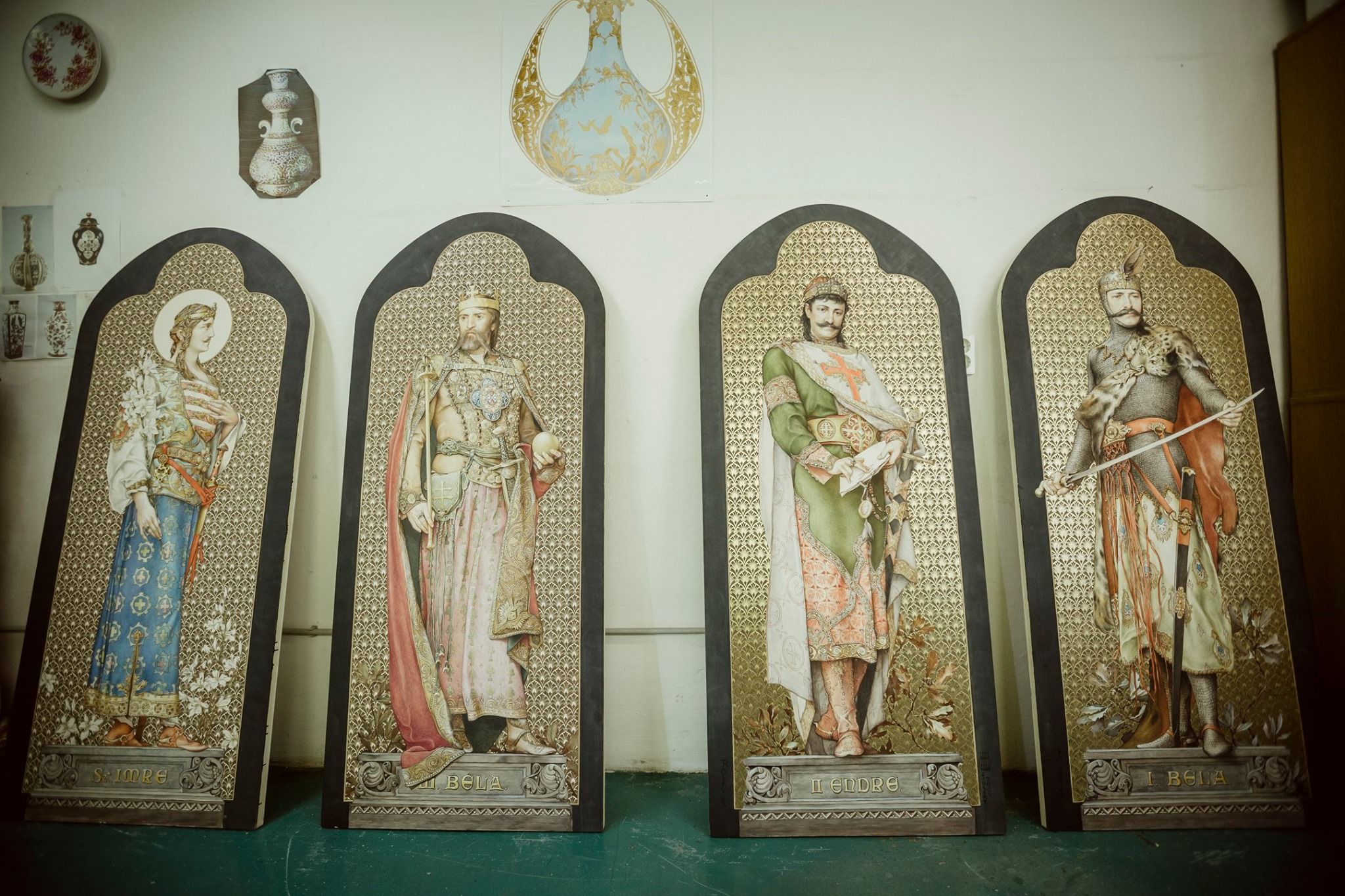 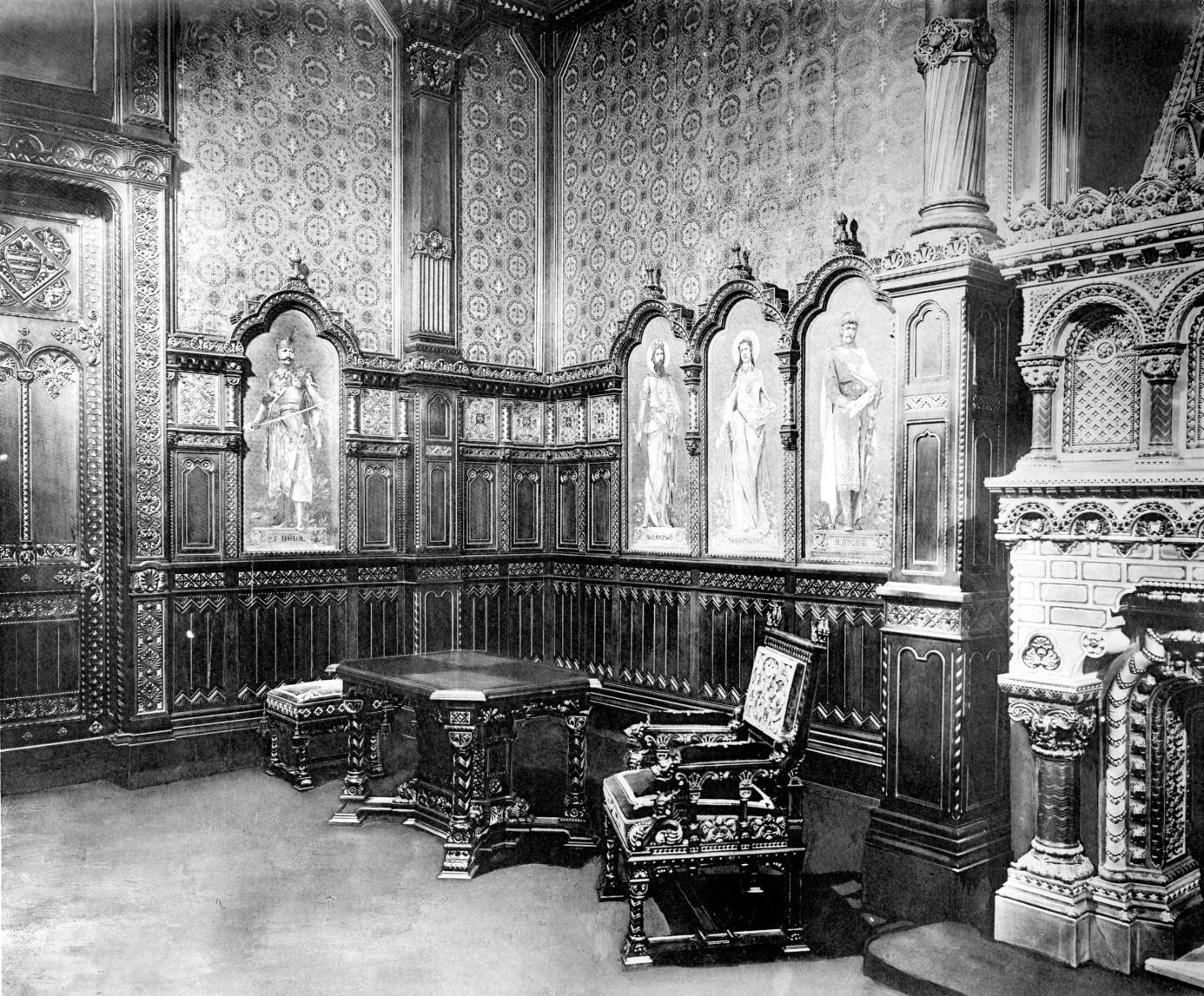 Trial set-up of St. Stephen's Hall in the Thék Factory; the ceramic pictures were placed on the wall in a different order in the royal palace.

Roskovics's oil paintings, originally made for canvas, were finalised at the Zsolnay factory in Pécs. On behalf of Vilmos Zsolnay, craftsmen Henrik Darilek and Géza Nikelszky copied the royal series on pyrogranite ceramic tiles. The paint layers were applied to the ceramic tiles that had been baked once. Several bakings accompanied the application of different coats of paint and gilding, so the colours became shinier and more vibrant.

The ceramic paintings in the already mentioned church in Terézváros were made in the Zsolnay factory with a similar technique. The authenticity of Roskovics's paintings, in this case, was also given by his meticulous, precise elaboration and striving for historical fidelity. The artist was awarded a small state gold medal in 1900 in the Kunsthalle (Hall of Art) for this large-scale work. 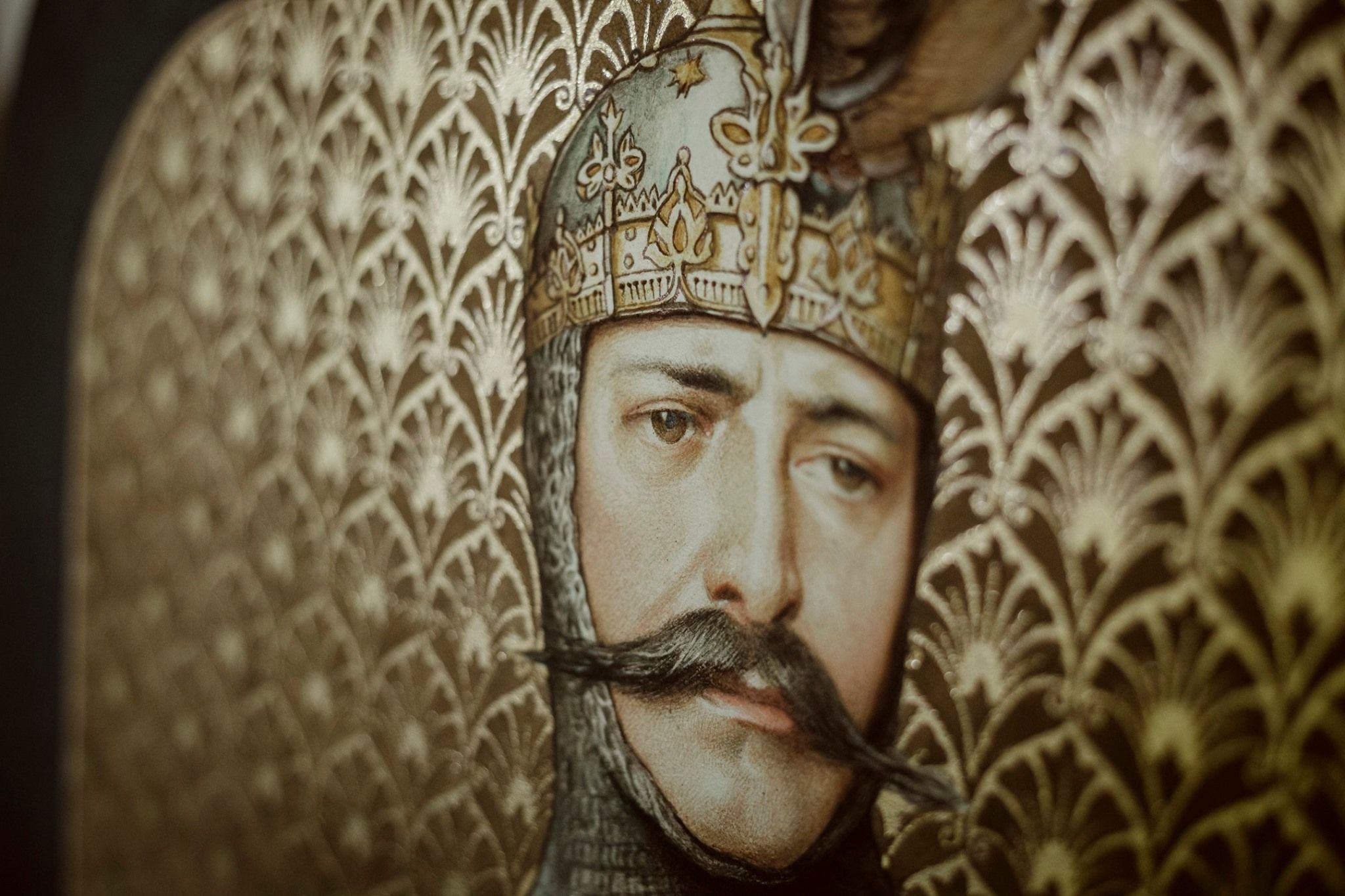 In the last part of his life, Roskovics was tormented by a serious eye disease, eventually losing his weakening, but after a successful medical intervention, he regained his vision and continued his work. During these years, struggling with his illness, he made the last major works of his life, the altarpieces of the converted Sigismund Chapel, which also served as a place of guard for the Holy Right in the Buda Castle. The former altarpiece depicts St. Stephen as he takes the crown from Bishop Astrik. Later, the chapel received a new main altarpiece, on which St. Stephen hands over the Admonitions (Intelmek) to his son Emeric.

In addition to Ignác Roskovics, this altarpiece also praises the work of the painter Kornél Spányik, who finished the work. Although the altarpiece of Sigismund's Chapel, which had collapsed because of World War II, was destroyed, the detached chapel to guard the Holy Right was saved. Therefore, its mosaic ensemble, also designed by Roskovics and executed by Miksa Róth, can still be seen today - although not in its original location. After 1956, Sándor Pintér, the parish priest of Balatonalmádi, delivered the building to his settlement in pieces, and it was rebuilt there, thanks to which we can still see the Chapel of the Holy Right. 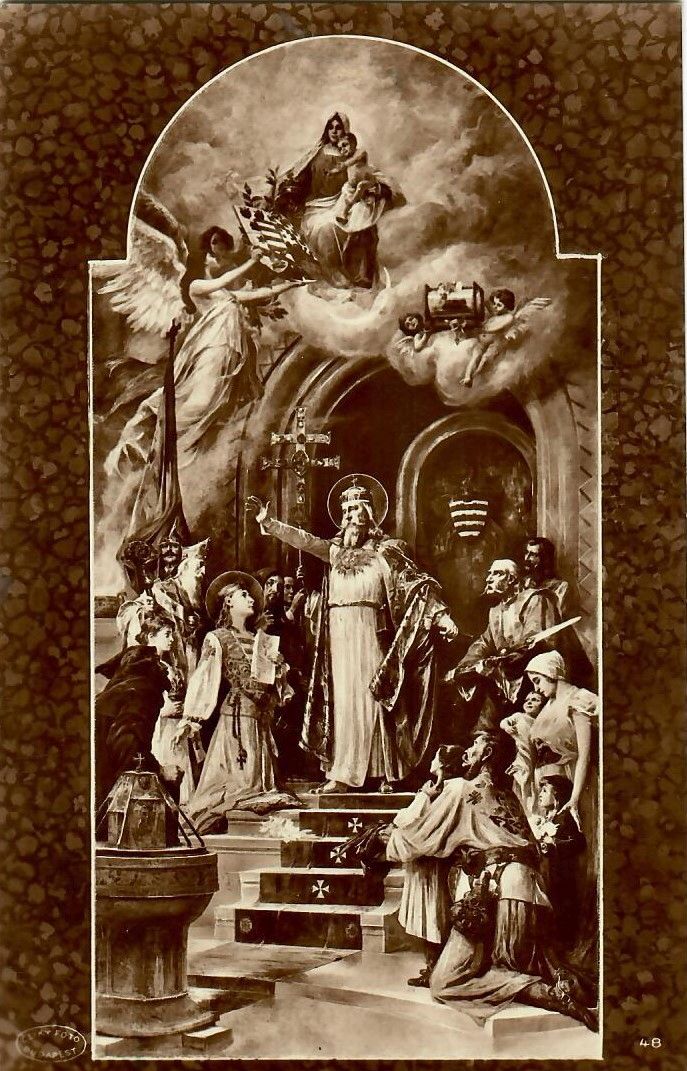 Ignác Roskovics died on 29 November 1915 and was laid to rest in the Kerepes cemetery. His memory on the Danube Promenade has been evoked since 2014 by the work of the Transcarpathian sculptor Mihály Kolodko, on which the artist can be seen during creation. 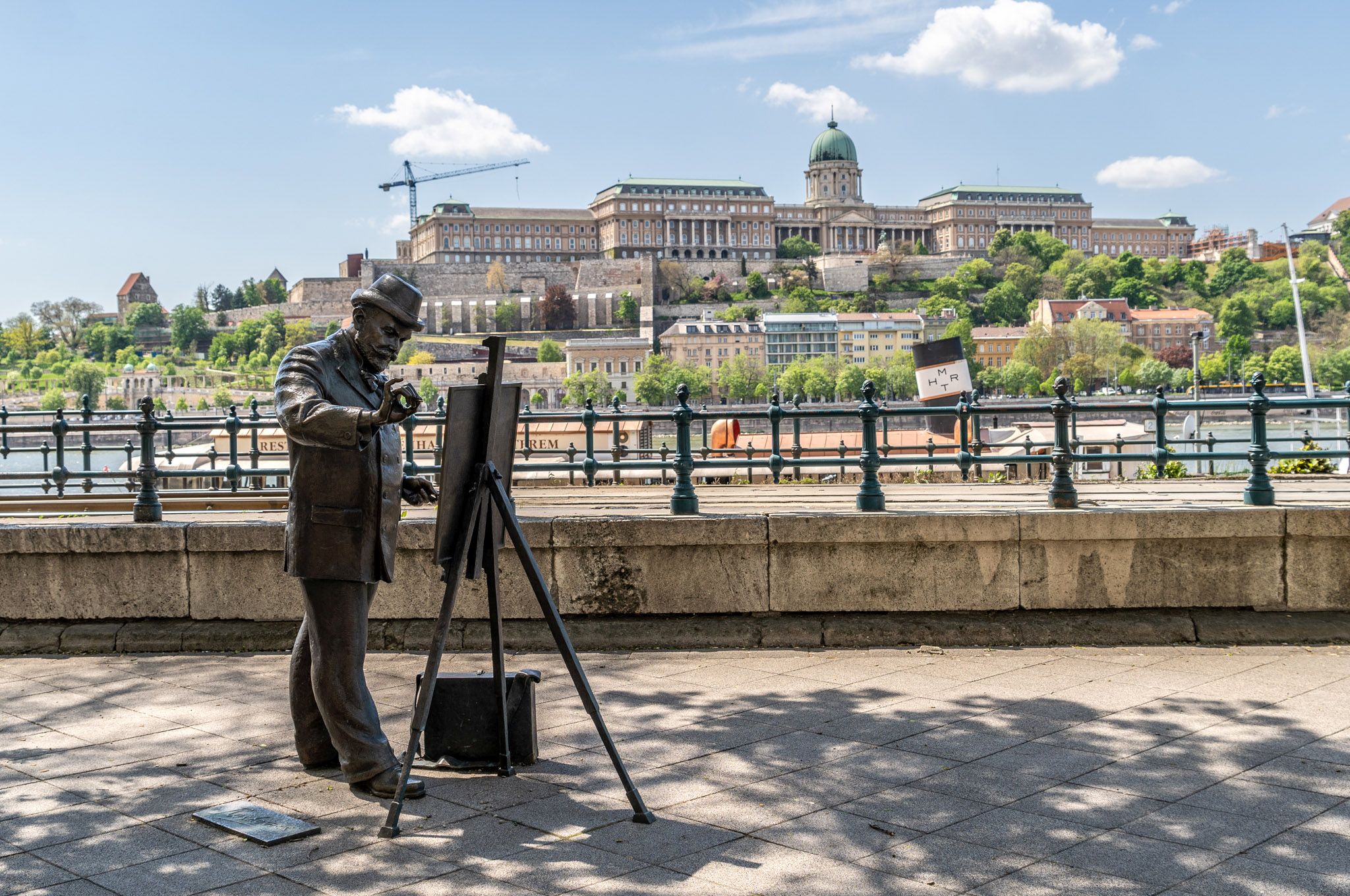 The statue of Ignác Roskovics has been standing on the Danube Promenade since 2014 (Photo: Balázs Both/pestbuda.hu) 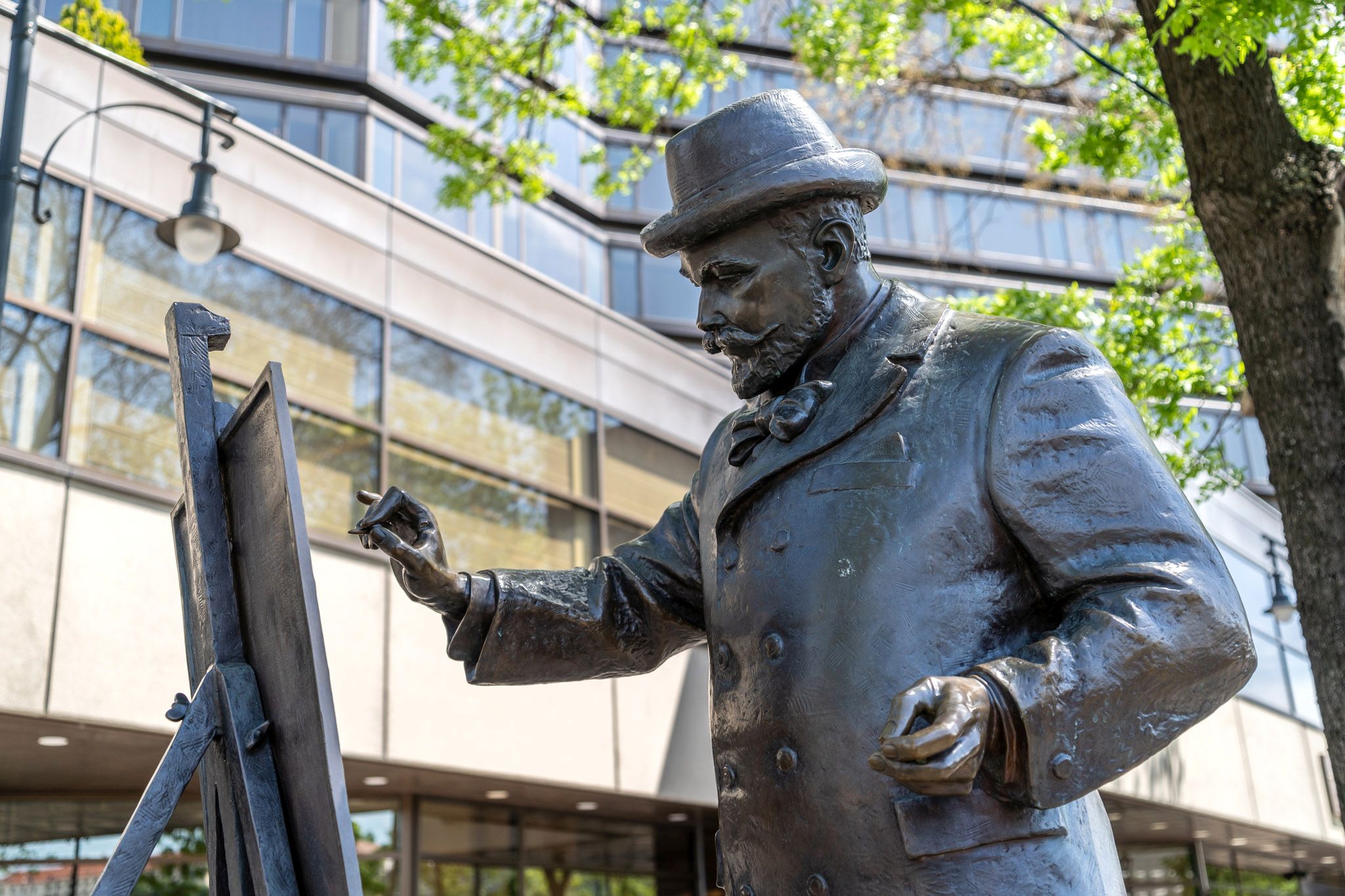 The St. Stephen's Hall, which will be completed by 20 August 2021, is a great example of his work, among other excellent artists, so let us remember him when we look at his twelve paintings.