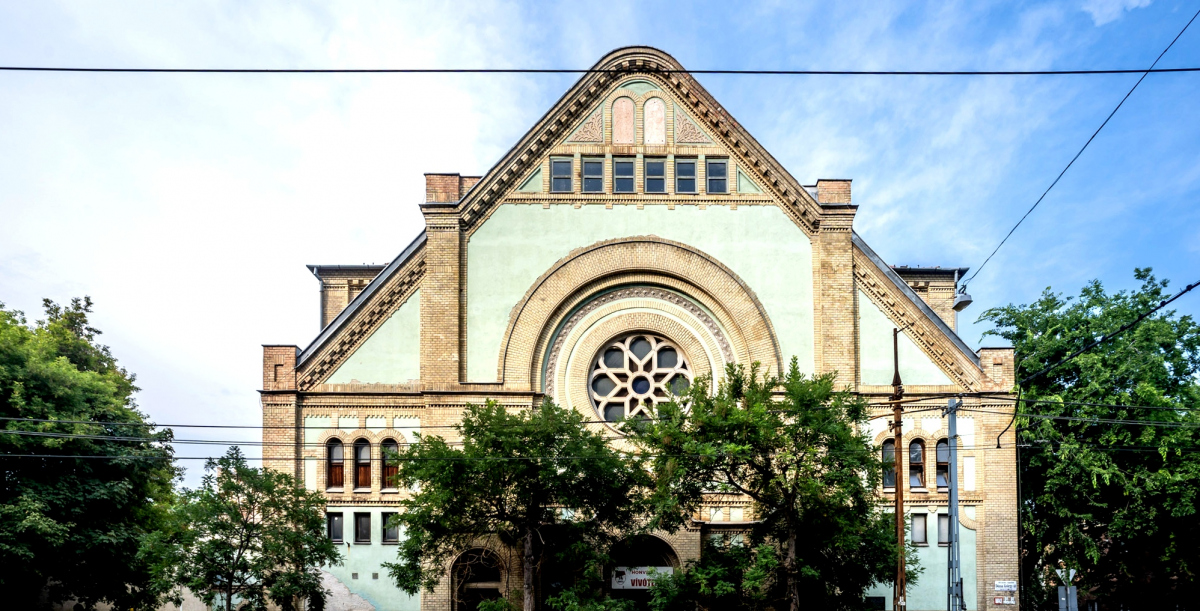 There is a fencing room in the synagogue in Angyalföld 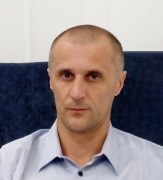 After the Second World War, many synagogues were left without congregations in Hungary. Ecclesiastical buildings left empty in several parts of the country were either demolished and their building materials used to renovate, rebuild other buildings, or were given other functions. The building of the synagogue on Dózsa György Road has not been demolished, it is still in communal use today - but differently than before.

At the end of the 19th century, there were still vineyards and cereal fields on the site of today's Angyalföld. Due to significant industrial development, factories, plants, residential houses and other service facilities were built on the site of agricultural land in a short time. The owners of the commercial units and factories were of Israelite religion, and in a part of the city that had begun to develop in a short time, it became essential that a church be built for the community.

The area of today's Angyalföld on the map between 1867-73 (Source: mapire.com)

On Aréna Road - today's Dózsa György Road- was the then Jewish cemetery, opposite of which there was still an agricultural area. The Jewish community purchased this plot for church construction in 1907 from the Ministry of Finance, and then the greatest synagogue designer of the age, Lipót Baumhorn, was commissioned to prepare the plans.

Lipót Baumhorn was born on 28 December 1860 in Kisbér. He studied architecture in Vienna and then returned to work in Ödön Lechner's office. He was the designer and builder of most of the synagogues in historical Hungary. The features and aspirations of late historicism and Art Nouveau can be observed in his works at the same time. He acted in a unique and almost school-creating way in the Art Nouveau solution of the spaces with large domes. His design work did not only cover the design of synagogues: his savings banks, schools, residential buildings and palaces are also of outstanding importance.

The Arena Road Synagogue was built between 1907 and 1909, based on the plans of Lipót Baumhorn (Source: Magyar kiállítási, művészeti katalógusok a Magyar Nemzeti Galéria gyűjteményéből, Baumhorn Lipót építész 1860-1932 [Hungarian exhibition and art catalogs from the collection of the Hungarian National Gallery] Budapest, 1999)

The construction of the Arena Road Synagogue began in 1907, the house of prayer was inaugurated in 1909 by dr. Simon Hevesi and Joachim Wilheim. The synagogue building consists of a square central space, a foyer and a sanctuary in the middle. The central space is covered by a circular dome, the glass windows in the plane below the inner dome were designed by Miksa Róth.

Of the 800 seats, 406 were located on the ground floor and the rest on the first floor. The interior walls were decorated with geometric motifs in yellow, blue, red and brown. Yellow clinker bricks and plastered surfaces alternated on the facade.

The building of the former synagogue today (Photo: Balázs Both / pestbuda.hu)

In World War II, the synagogue was used as a concentration camp. No major damage was done to the building during the war, minor damage was repaired. But by the end of the 1940s, the declining Jewish community was only using the cultural hall, so the central space of the synagogue became a warehouse for various state-owned companies, including the Triál toy factory and then the Műcsarnok Vállalat in the 1950s and 60s. The interior has been significantly redesigned due to its storage function.

The synagogue was in a life-threatening condition by 1977, and even its demolition arose if it could not be utilized for educational or cultural purposes. Finally, in 1984, the Budapest Honvéd Sports Association indicated that it would hold boxing and fencing training in the building, which was therefore given to the sports association.

The renovation and conversion of the church for the purpose of a sports facility was carried out according to the plans of László Benczúr. During the reconstruction, two new slabs were installed, thus providing three levels for the life of the sports community. When designing the slabs, the designer also made sure that the new elements could be dismantled at any time without damaging the old parts of the building.

The facade of the synagogue in Angyalföld is closed by tympanums (Photo: Balázs Both / pestbuda.hu)

The interior was decorated with the old colors during the renovation: the standing geometric shapes in yellow, blue, brown and red were used without restoring the original symbols.

After the reconstruction, a boxing and fencing department was arranged within the walls.

The cultural hall of the Dózsa György Road synagogue building is still used for spiritual purposes. Thus, two types of utilization of the building can be realized simultaneously today. Both spiritual and sports activities are meant to serve the development and life of the individual.

The motifs of the rose window give the facade a geometric character (Photo: Balázs Both / pestbuda.hu)

Cover Photo: There is now a fencing room in the former synagogue in Angyalföld (Photo: Balázs Both / pestbuda.hu)