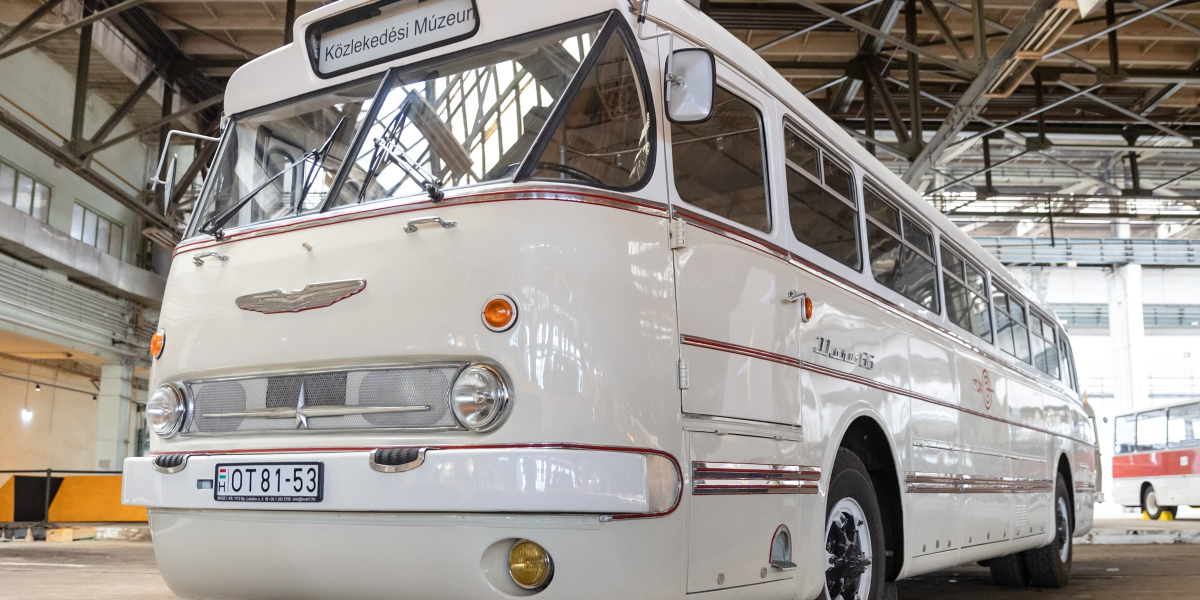 A special bus was presented to the general public yesterday by the Museum of Transport: one of the last ten Ikarus 66 models produced. The vehicle was exhibited after several years of restoration in Kőbánya, in the Diesel Hall of the former Northern Locomotive Workshop. Budapest once expected these Ikarus buses to make transportation faster and more convenient, but passengers in the capital found them uncomfortable.

The Ikarus 55/66 series was an iconic piece of Hungarian bus production. The two buses were basically the same, but while the 55 was intended as a long-distance bus, the 66 was made to be a city bus. For two decades from the early 1960s to the early 1980s, the Ikarus 66 was the most distinctive specimen of rural bus stations, at the same time the most comfortable and fastest bus in its age. 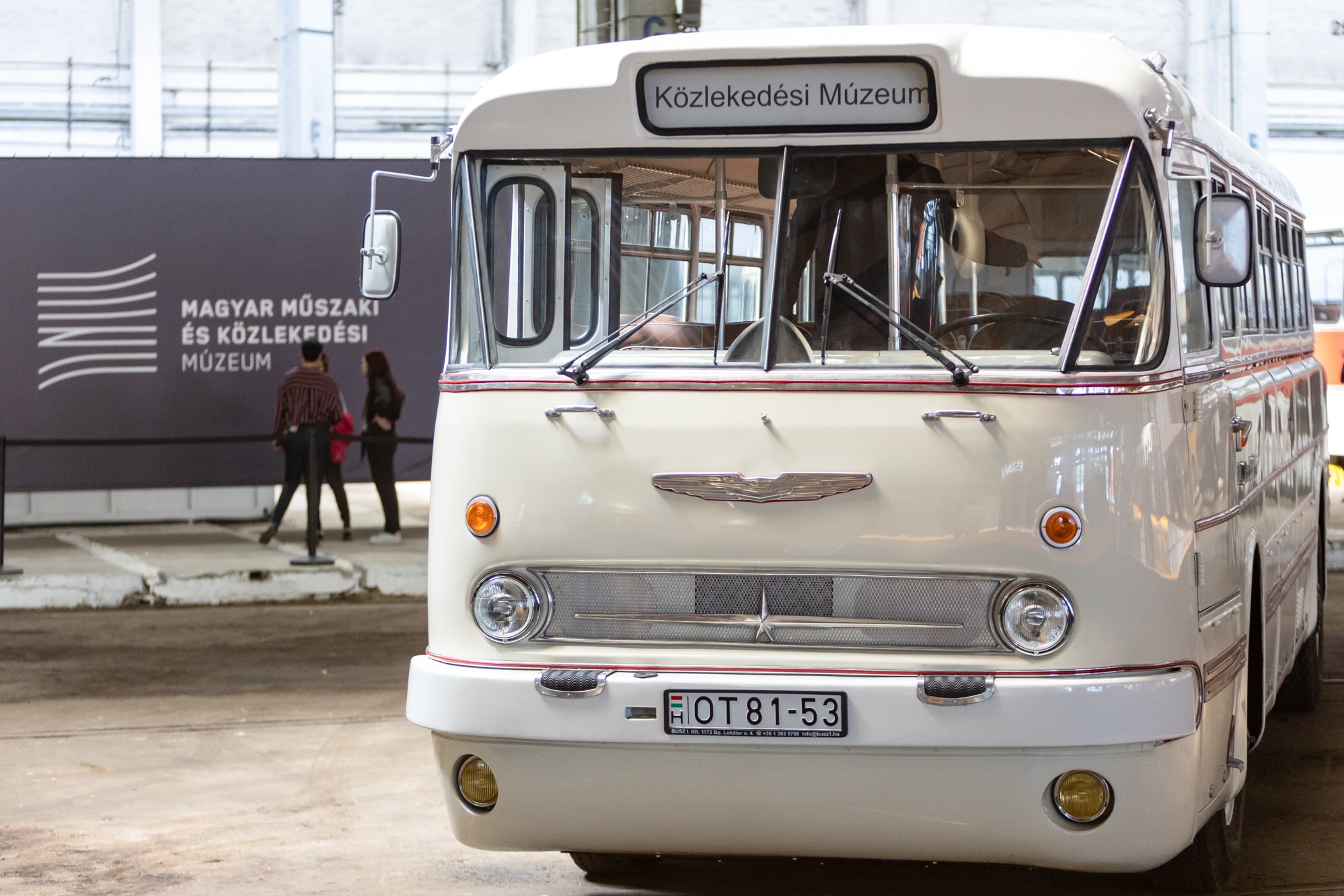 The bus was rescued from an apiary by the museum, and after several years of restoration work it regained its original condition (Photo: Hungarian Museum of Technology and Transport)

True, Ikarus 66 had a less successful trial in Budapest. By the end of the 1950s, the smaller buses used in the capital simply could no longer handle the traffic. They were slow and crowded, and there were not enough vehicles to serve the traveling public. 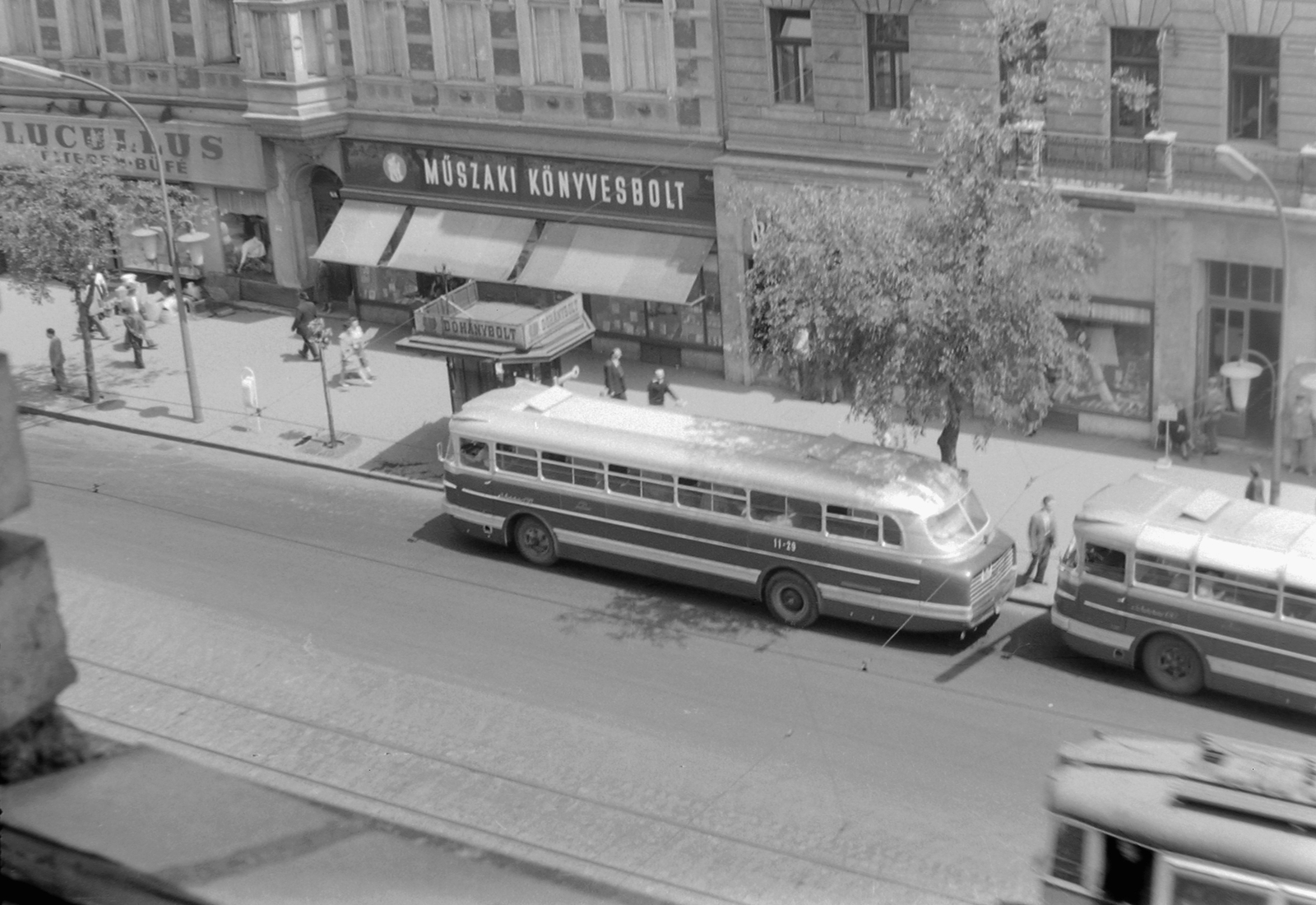 It is no coincidence that in March 1959 there was a great deal of anticipation ahead of the Ikarus 66s arrival in the capital, as we wrote about this earlier on Pestbuda [in Hungarian]. The buses for 100 people would have really been a quality leap in traffic in Budapest, but unfortunately they did not work in the big city. Passengers said the windows and doors were small, and they found the huge vehicles slow and cramped. In a few years, these buses left Budapest, but in the countryside - both at home and abroad - they have proved their worth in long-distance transport, they were popular there. 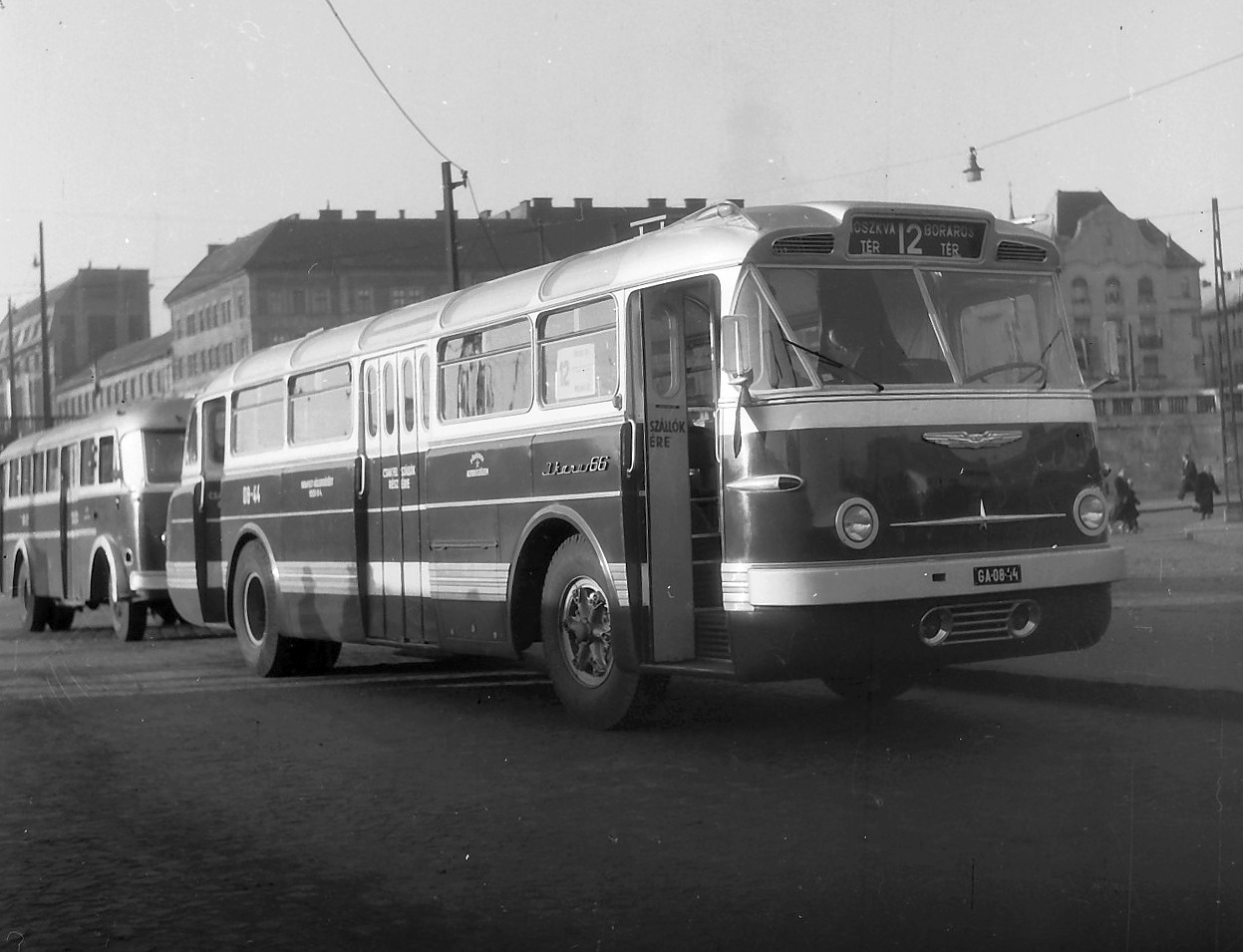 They were used in Budapest for a short time, but Ikarus 66 buses were successful in the countryside (Photo: Fortepan / No.: 8143)

The Museum of Transport writes in its announcement about the presented vehicle that it was put into operation on 3 April 1973 at the Volán Company No. 14 in Székesfehérvár, at the end of the decade it was used at the MEZŐGÉP Company's Eger factory, and from 1982 it was the bus of the Special Education School and Nursing Home until its withdrawal from the market on 16 March 1983. It was then used by a beekeeper.

The buses had a number of technical innovations, such as a self-supporting body, which was also a big leap in size compared to previous models. The most special, though, was their shape, also known as the Faros because of the rear-engine ['farmotoros' in Hungarian] design. Dávid Vitézy, the director general of the Museum of Transportation, stated at the presentation of the bus that if this bus had appeared in the United States, it would have been sold on refrigerator magnets all over the world. 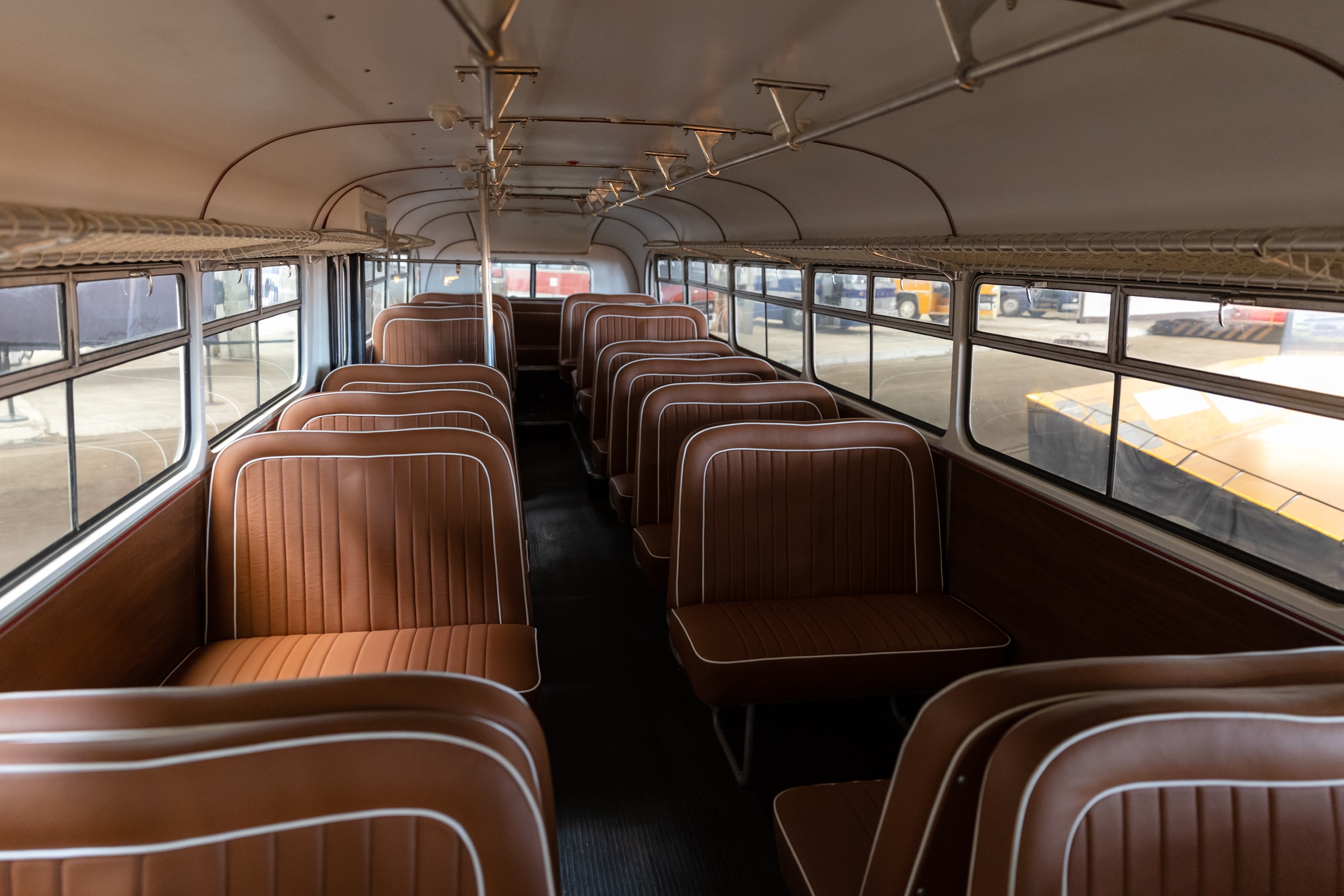 The people of Budapest found the vehicle cramped in the late 1950s (Photo: Hungarian Museum of Technology and Transport)

In recent years, the Museum of Transport has sought to preserve as many types of domestic bus production as possible, to build a nostalgia fleet. The Ikarus 66 became the third piece of this fleet alongside an Ikarus 211 and an Ikarus 311.

On 28-29 August, a special bus weekend will be held in the Northern Locomotive Workshop (10th District, 30 Kőbányai Road), where the public can also see other Ikarus buses.

Cover photo: Restored Ikarus 66 bus in the collection of the Museum of Transport (Photo: Hungarian Museum of Technology and Transport)