The statue of the writer Ferenc Herczeg was inaugurated

A bust of Ferenc Herczeg, the most popular writer of the period between the two world wars, who was the first Hungarian writer to be nominated for the Nobel Prize for Literature, was erected in the building of the National Theater. He was exiled from Hungarian literature after the Second World War, and his works were republished only after the change of regime. The work of sculptor Mária Törley now commemorates Ferenc Herczeg.

The bust of Ferenc Herczeg, a writer, was inaugurated at the National Theater. The sculpture was erected on the day of Hungarian drama, but it is also reminiscent of the anniversary of his birth. Ferenc Herczeg was born on September 22, 1863 in Versec, Temes County. He completed his secondary schools in Temesvár, Szeged and Fehértemplom, then in the autumn of 1881 he enrolled in the Faculty of Law of the University of Budapest. As he wrote in his memoirs, he was not attracted to either the legal profession or the company of law students.

“For the most part, I found young people in law school together who weren’t interested in any kind of science but just wanted to prevail in life. I dropped into incredible states at the faculty. The lawyers still believed that they should save the Hungarian homeland from time to time with noisy street demonstrations.”

At the age of twenty-three, in 1886, some of his articles and short stories were published in the Pesti Hírlap, which were a success. A year later in Versecen he fought a sword duel with a military officer, his opponent died on the spot and he was sentenced to prison. He was released from the Vác state prison after three months. Then he rented an apartment in Buda and turned to writing. His novels were published, and from 1891 he became a literary collaborator of the Budapest Newsletter. He became a member of the Kisfaludy Society, in 1896 he became a member of parliament in his hometown, in 1899 he became a member of the Hungarian Academy of Sciences, in 1904 he became the president of the Petőfi Society. His writing successes are well illustrated by the fact that in 1925, 1926 and 1927 he was nominated for a Nobel Prize for Literature for his novel The Gate of Life. 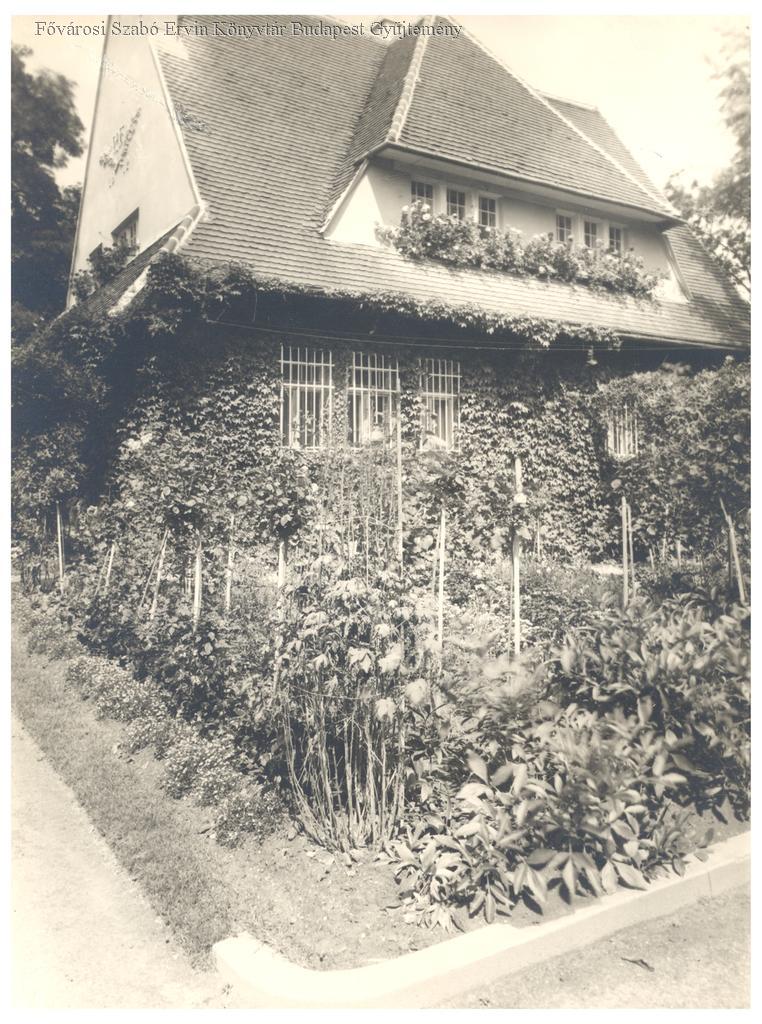 At the inauguration of his statue, according to MTI, Miklós Kásler, Minister of Human Resources, put it this way: although Ferenc Herczeg was of German descent, he became completely Hungarian in his heart and soul. Between the two world wars, he was Hungary's best-known, most influential writer, and the main theme of his works was the Hungarian past and traditions of the Carpathian Basin, dating back a thousand years, and the Christian faith. He saw exactly the historical consequences and social effects of the Trianon peace dictate, and sought to strengthen and define the Hungarian identity for the future. “He did all this in the columns of his books, in his articles, and as a dominant public figure of the era,” the minister said.

As a key public figure of the era, he sought to strengthen and define the Hungarian identity and the idea of belonging together. The picture was taken on March 15, 1931 at the Petőfi statue, where the writer gave a speech (Source: FSZEK Budapest Collection)

Ferenc Herczeg saw exactly the historical consequences and social effects of the Trianon peace dictate. He participated in the inauguration of the Hungarian statue of pain on Szabadság Square on October 16, 1932 (Source: FSZEK Budapest Collection)

Literary historian Mihály Takaró spoke about the fact that Ferenc Herczeg's oeuvre was characterized by three concepts: value-basedness, clairvoyance and impartiality. He became the first Hungarian writer to be nominated for the Nobel Prize for Literature in three consecutive years (1925-1927) for his short novel The Gate of Life. His admirers included Aladár Schöpflin or Dezső Kosztolányi, among others, but after the Second World War, in the Révai era, he was swept out of the literary canon together with many other artists. His works were published only after the change of regime, and the award bearing his name is one of the greatest literary recognitions in Hungary today.

The bust of Ferenc Herczeg, erected by the Ferenc Herczeg Society and the Ministry of Human Resources, was made by sculptor Mária Törley. 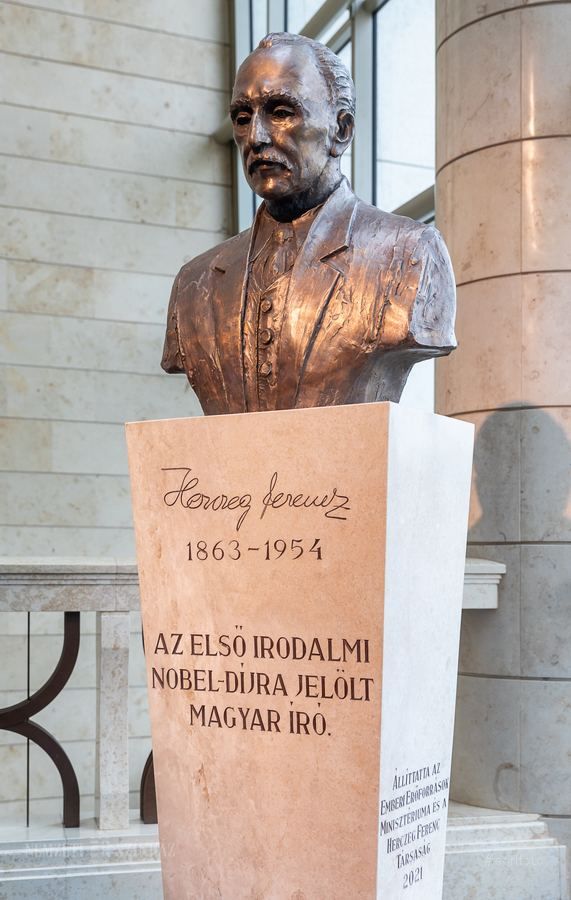