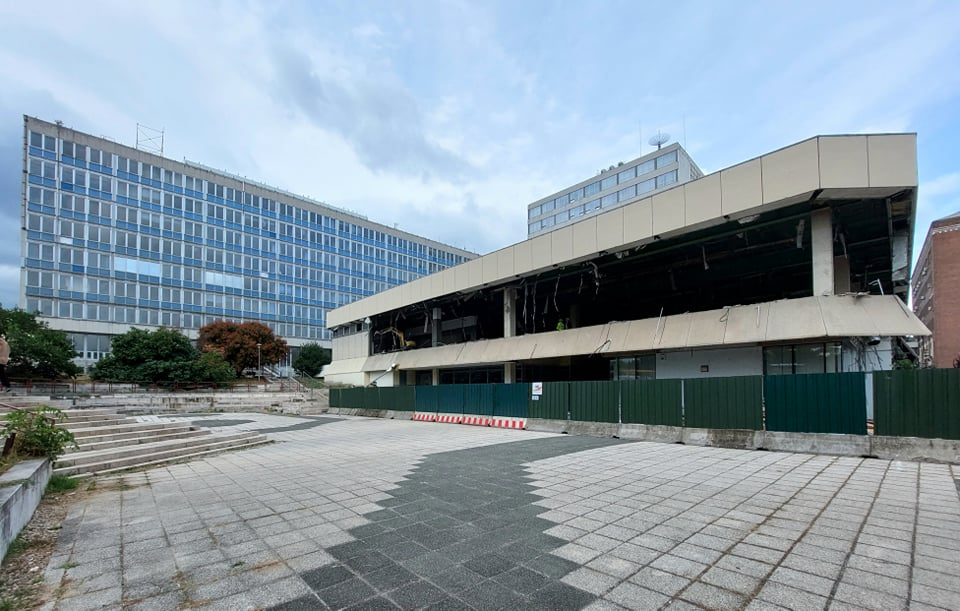 The demolition of the Goldmann Canteen building on Goldmann György Square near the Buda end of the Petőfi Bridge has begun. The former university restaurant and the adjoining building called BME V2, formerly home to the Faculty of Electrical Engineering of the Technical University, will be replaced by the BME Innovation and Development Center.

The Goldmann Canteen building on Goldmann György tér will be demolished, then the adjacent Egry József utca 18-22. an educational building called BME V2. In their place, the BME Innovation and Development Center will be built from a government investment, the establishment of which was decided by the government last year. 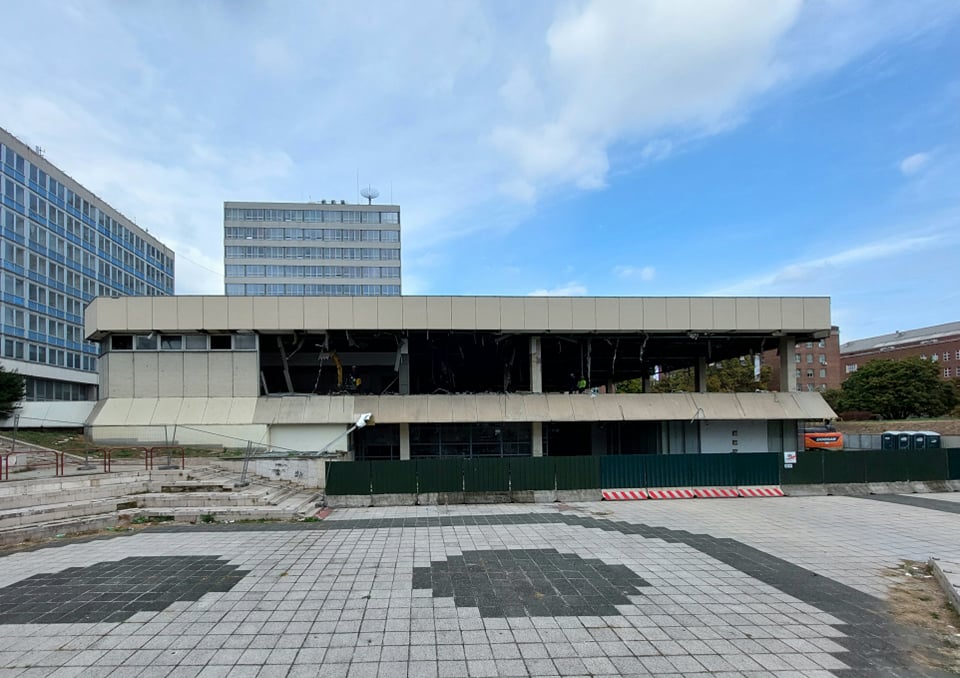 The demolition of the Goldmann Canteen at the Buda end of the Petőfi Bridge has started (Photo: Both Balázs / pestbuda.hu) 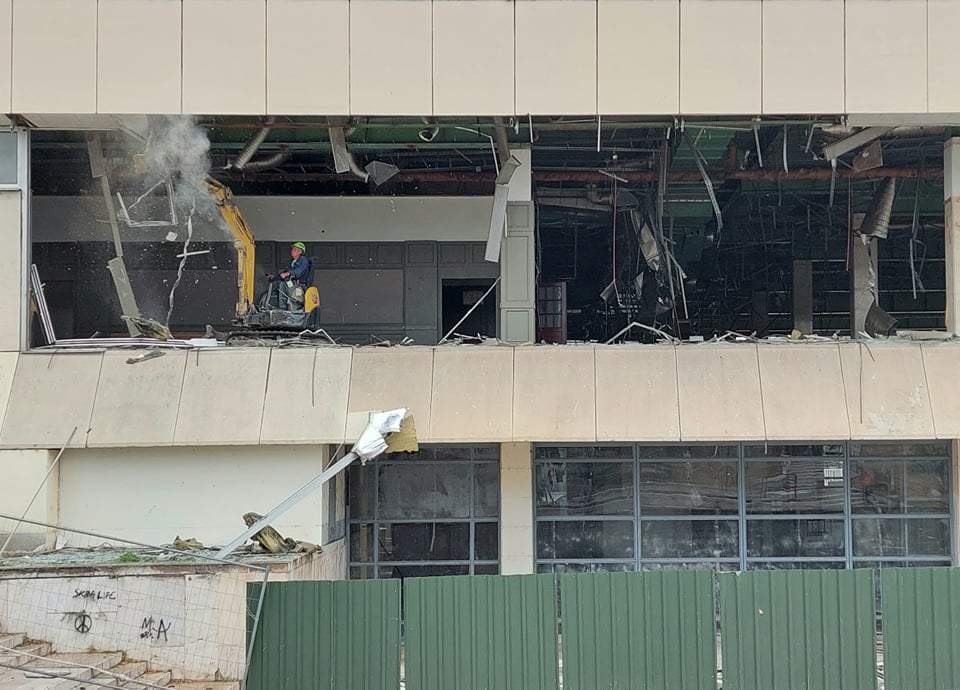 Previously, the modernization of the canteen building was raised, which would have primarily included interior design and building engineering renovations, but in the end it was not implemented (Photo: Both Balázs / pestbuda.hu)

The BME Innovation and Development Center, which will be built on the site of the V2 and Goldmann buildings, may become a Budapest Technical Innovation Center in the future through the integrated cooperation of institutions in the innovation district (BME, ELTE, Corvinus + SOTE) and innovative enterprises and settling organizations, as written on the university’s website related to the government decree. According to the government decree, the settling organizations will be government organizations engaged in the administrative activity of innovation and industrial property protection. 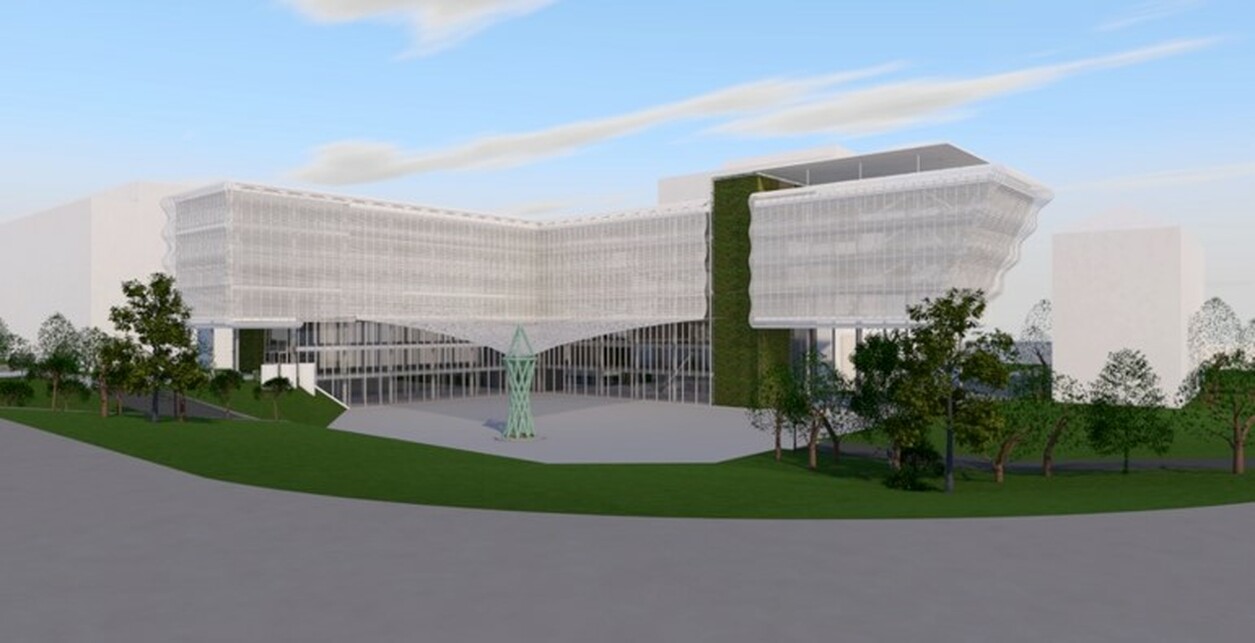 The BME Innovation and Development Center will be built on Goldmann Square (Source: bme.hu)

The Goldmann Restaurant, or as the students later called it, the Goldmann Canteen, was first designed in 1975 and then redesigned in 1976. It turned out that the foundation works could not be carried out at the originally designated site due to the planned metro construction. Thus, the canteen building was moved further inland from the Danube, and construction began in 1977. The restaurant opened in January 1983 and a number of university events were also held here.

The building next to it, called V2, was handed over in 1969, its condition deteriorated significantly by the 1980s, and the window structures were ruined. Thus, the departments located in the building have been relocated, the block that once housed the Faculty of Electrical Engineering has been empty since 2012. 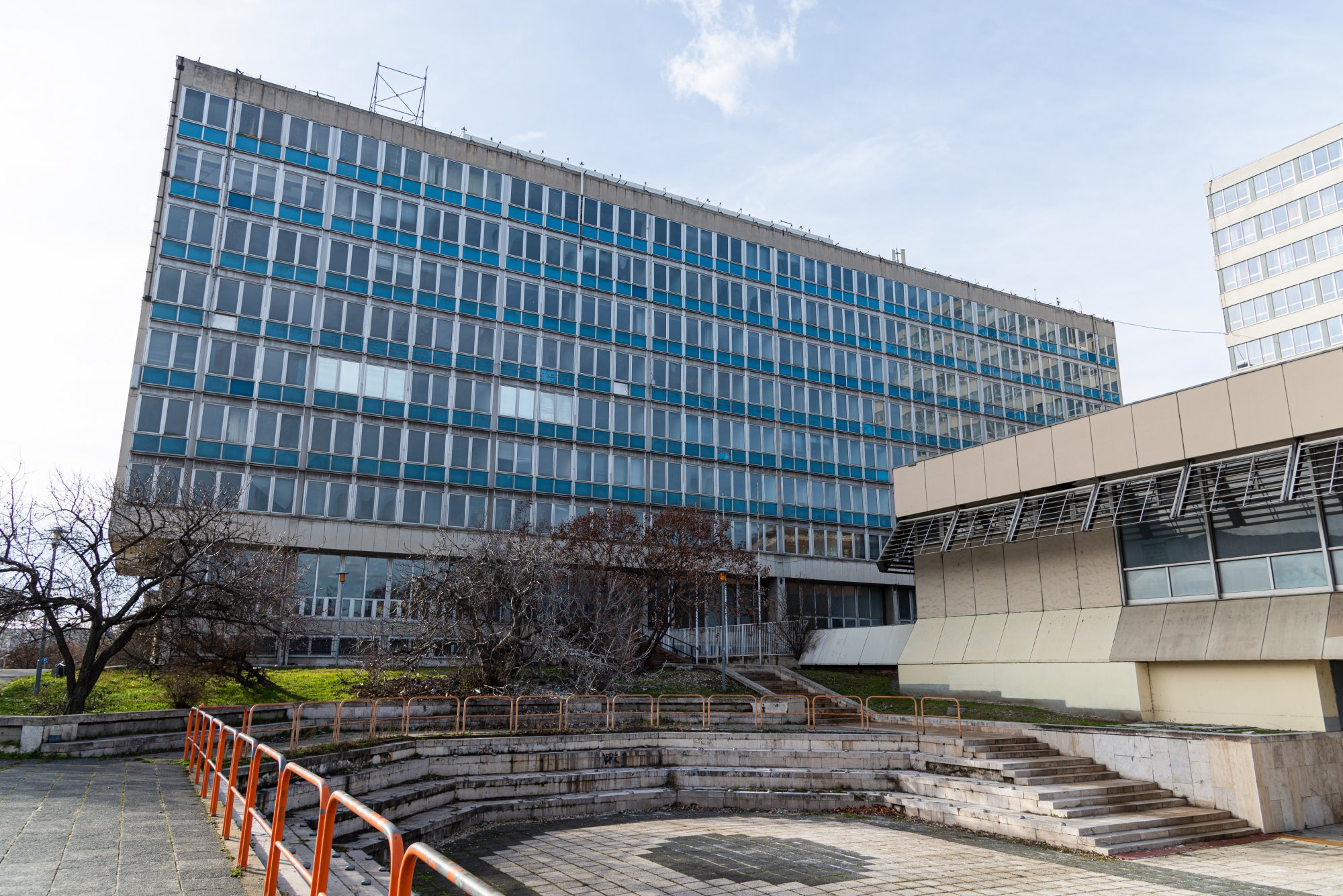 The BME block called V2 will also be demolished, the building in poor technical condition has been empty since 2012 (Source: ujbuda.hu)

Cover photo: The demolition of the Goldmann Canteen has started (Photo: Both Balázs / pestbuda.hu)