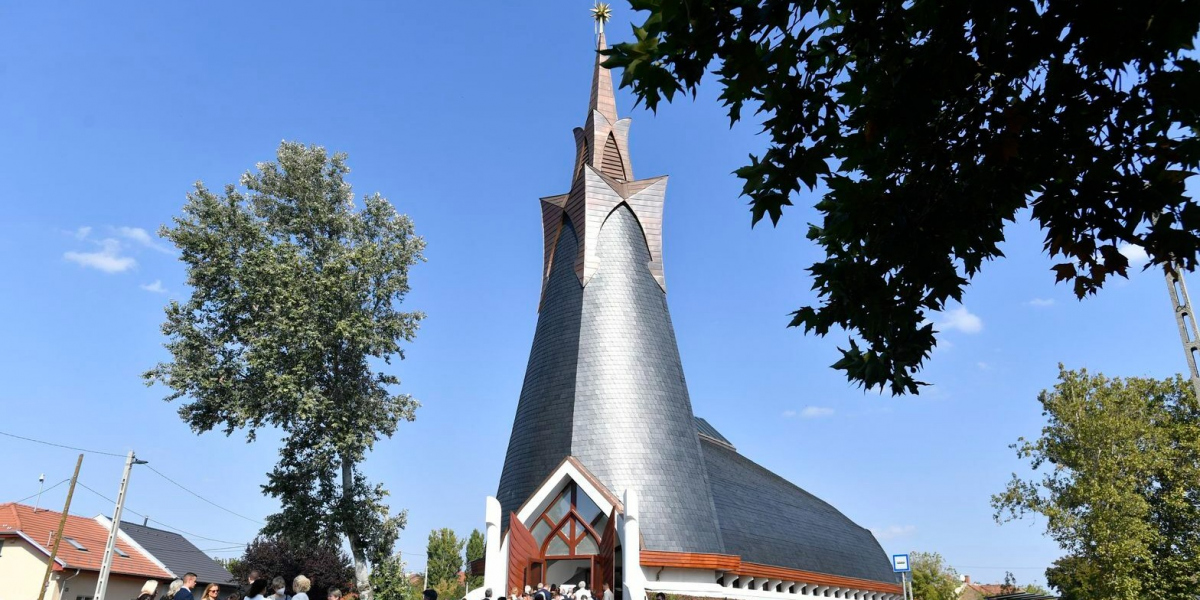 Makovecz started it, his pupil finished it: The church of Pesterzsébet was inaugurated

The Reformed Church of Togetherness in Pesterzsébet-Szabótelep was consecrated, the foundation stone of which was laid on September 23, 2018, and construction began in 2019. A 20th district building is the first church in Budapest, which is based on the ideas of Imre Makovecz. the details of the plans were worked out by Tamás Dósa-Papp, the student of the world-famous architect. The church also has a congregation house and a parish.

Thanksgiving services were held on 26 September in the new church of the Szabótelep Reformed Parish in Pesterzsébet. After the proclamation of Bishop Zoltán Balog at the church consecration, Prime Minister Viktor Orbán also greeted the congregation. As has been said, the name of the church expresses national unity and belonging. Emőke Bagdy, a clinical psychologist, psychotherapist, and university professor - who organized a fundraiser for the building of the church - said many thousands of people donated regardless of their denomination, from inside the country and outside the borders. 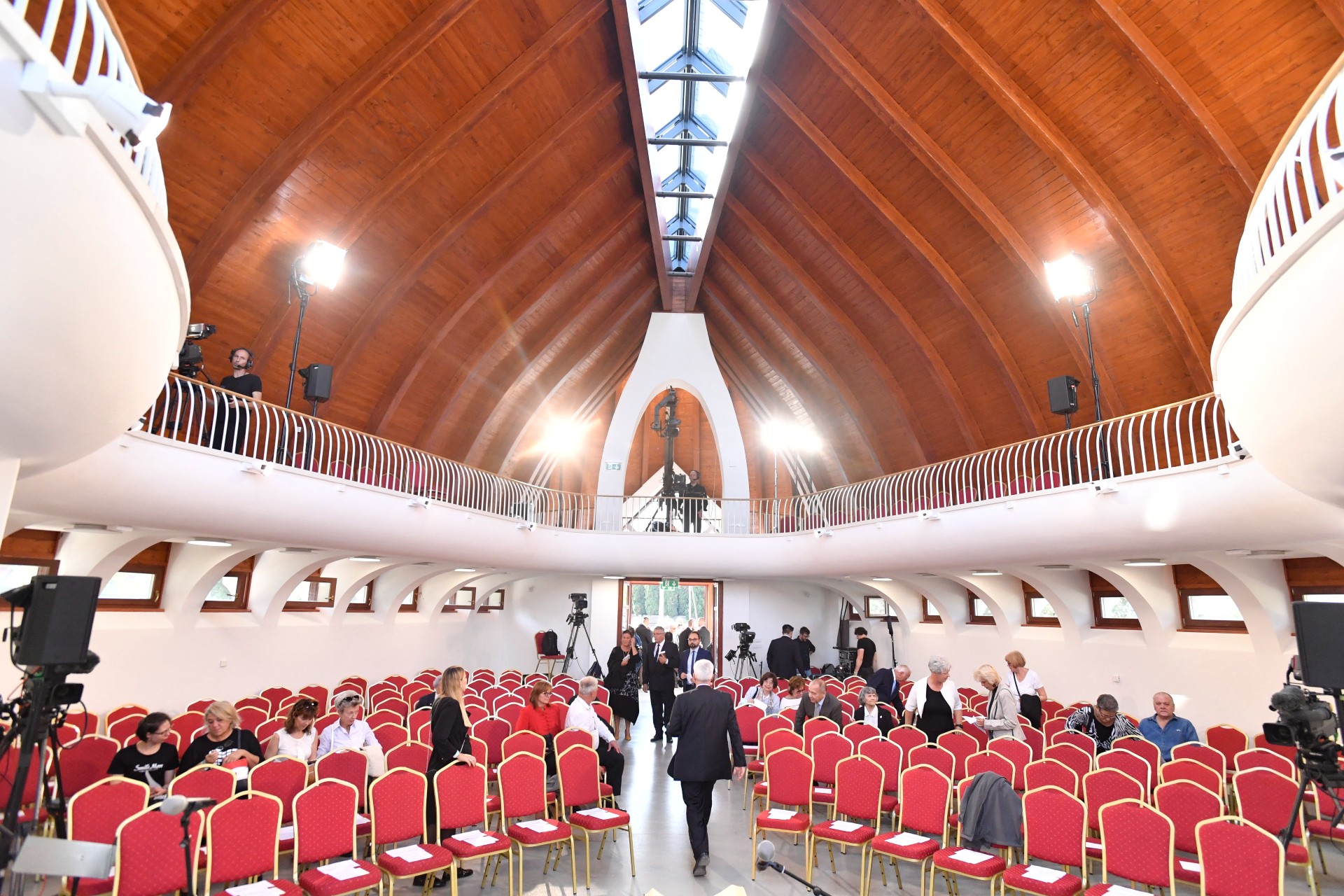 On the consecration day of the Reformed Church of Togetherness in Pesterzsébet, before the beginning of the festive service on 26 September, 2021 (Photo: MTI / Zoltán Máthé)

The plans of the church built in the 20th district on King Mátyás Square were made by the Kossuth and Miklós Ybl Prize-winning architect Imre Makovecz, and the plans were worked out by his student, Tamás Dósa-Papp. The foundation stone of Imre Makovecz's first church in the capital was laid on 23 September, 2018, and construction began in 2019.

The Reformed Church in Szabó-telep has been trying to build its own church since its establishment in 1941, but the II. World War and the political situation that followed devoured the property of the community and made it impossible to build the church. In 2011, a decision was made to build a new Reformed church in Pesterzsébet, on King Mátyás Square, and to have it be designed by world-famous architect Imre Makovecz. 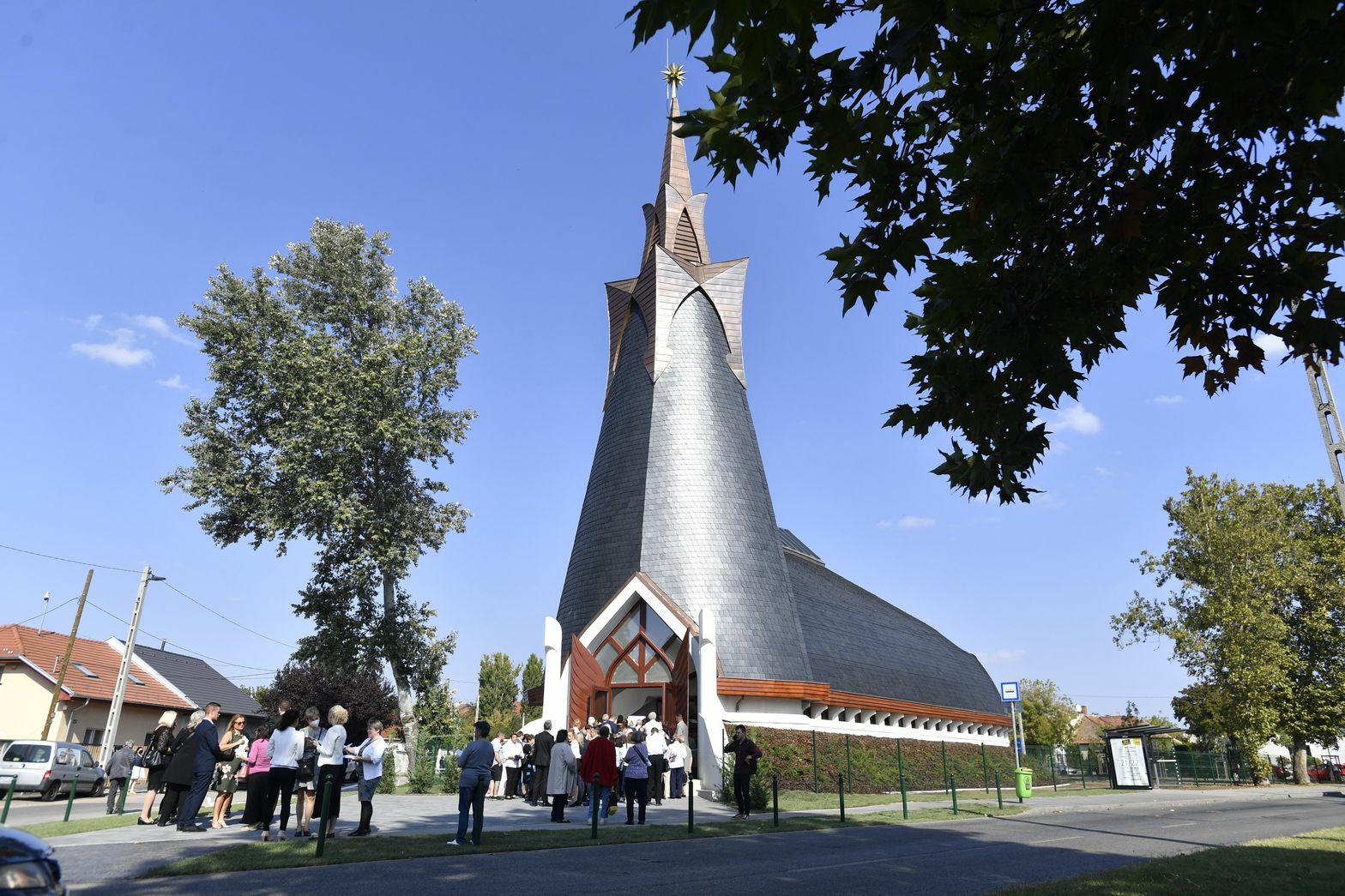 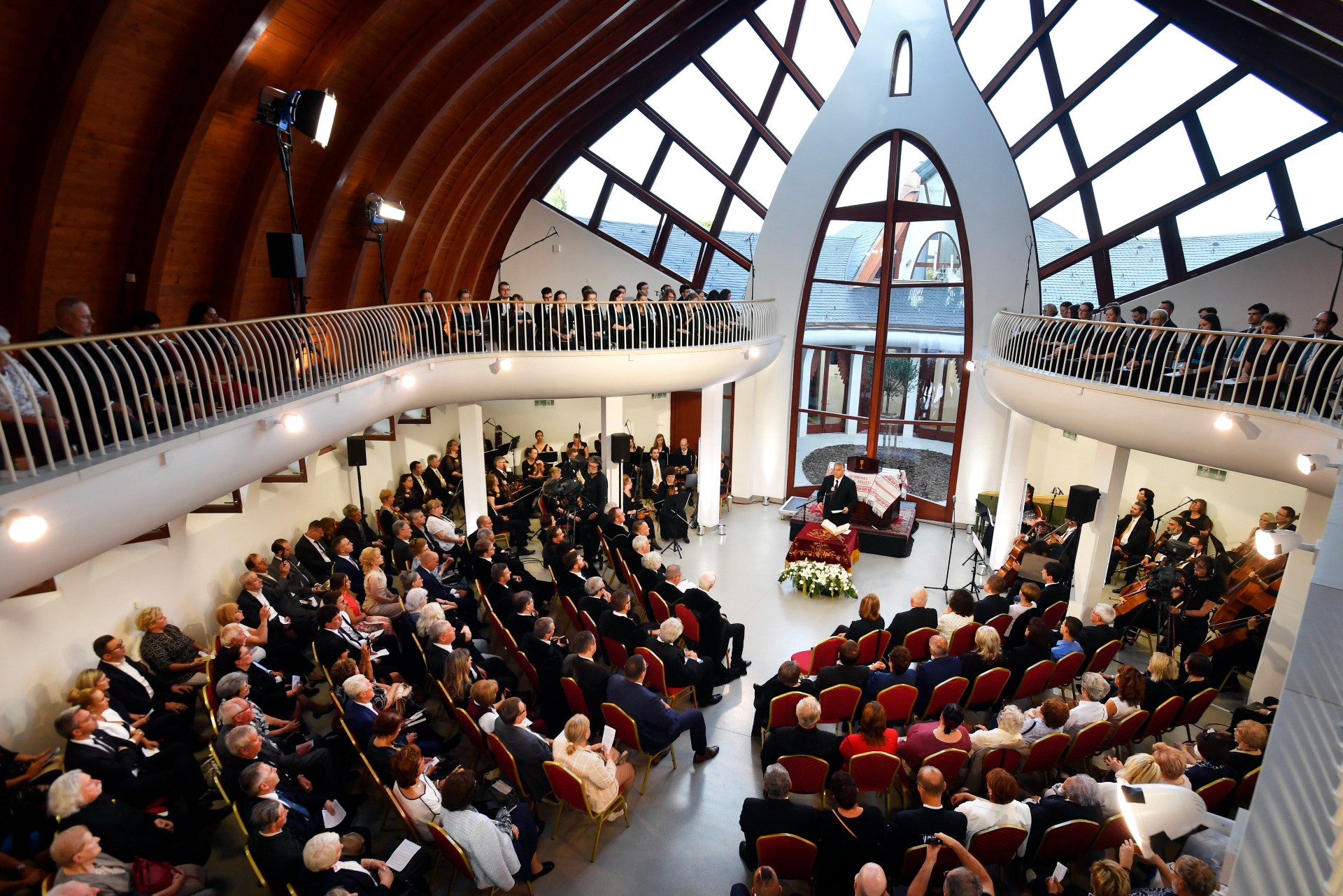 Thanksgiving services were held on 26 September in the new church of the  Reformed congregation in Szabótelep, Pesterzsébet (Photo: MTI / Zoltán Máthé)

The new church was built mainly with government support, partly with public donations and district support. The complex also includes a congregation house and a parish.