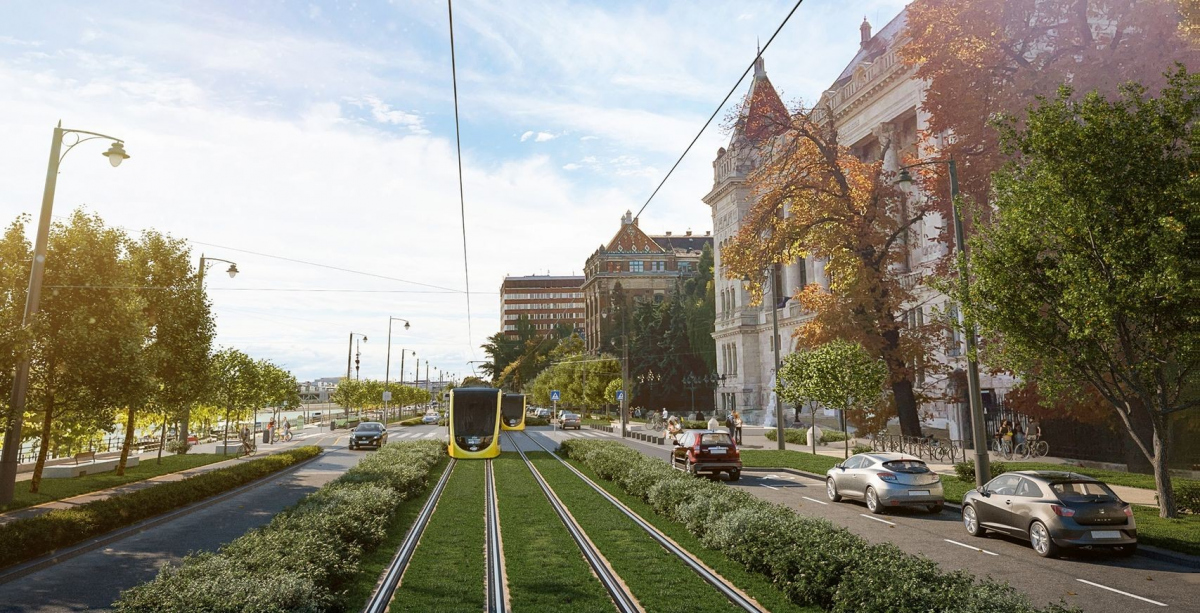 Another milestone was reached in the new section of the tram, and the evaluation permitting and construction plans were completed. Part of the tramway will be grassed and seven new stops will be built.

The planning of the new section of the tram in Buda is progressing at a rapid pace, with tracks covered with grass for more than half of the length of the track, wrote Balázs Fürjes, Secretary of State for Budapest and the development of the metropolitan agglomeration, in his Facebook post.

A year and a half ago, the government decided to extend the Buda weavingTram to the south. Seven new accessible stops are being built from Szent Gellért Square to the Budafoki Street-Dombóvári Street junction. In this way, thousands of students from BME and ELTE, those working in the Infopark and the workers and residents of the new part of the city born in Kopaszi Dam will have a fixed-track relationship, the Secretary of State writes.

By connecting trams 17 and 19-41, a north-south fixed-track axis was created in Buda. The result: We can get from Budafok to Óbuda comfortably, without transfer by tram, he adds.

A 2.8-kilometer, two-track tramway will be built on the embankment of the University of Technology and on the Pázmány Péter promenade up to the intersection of Budafoki / Dombóvári Street.

As he writes, the tram is a more environmentally friendly mode of transport, more than half of the tramway will be grassed over a 1.6-kilometer stretch, and new trees and shrubs will also be planted. 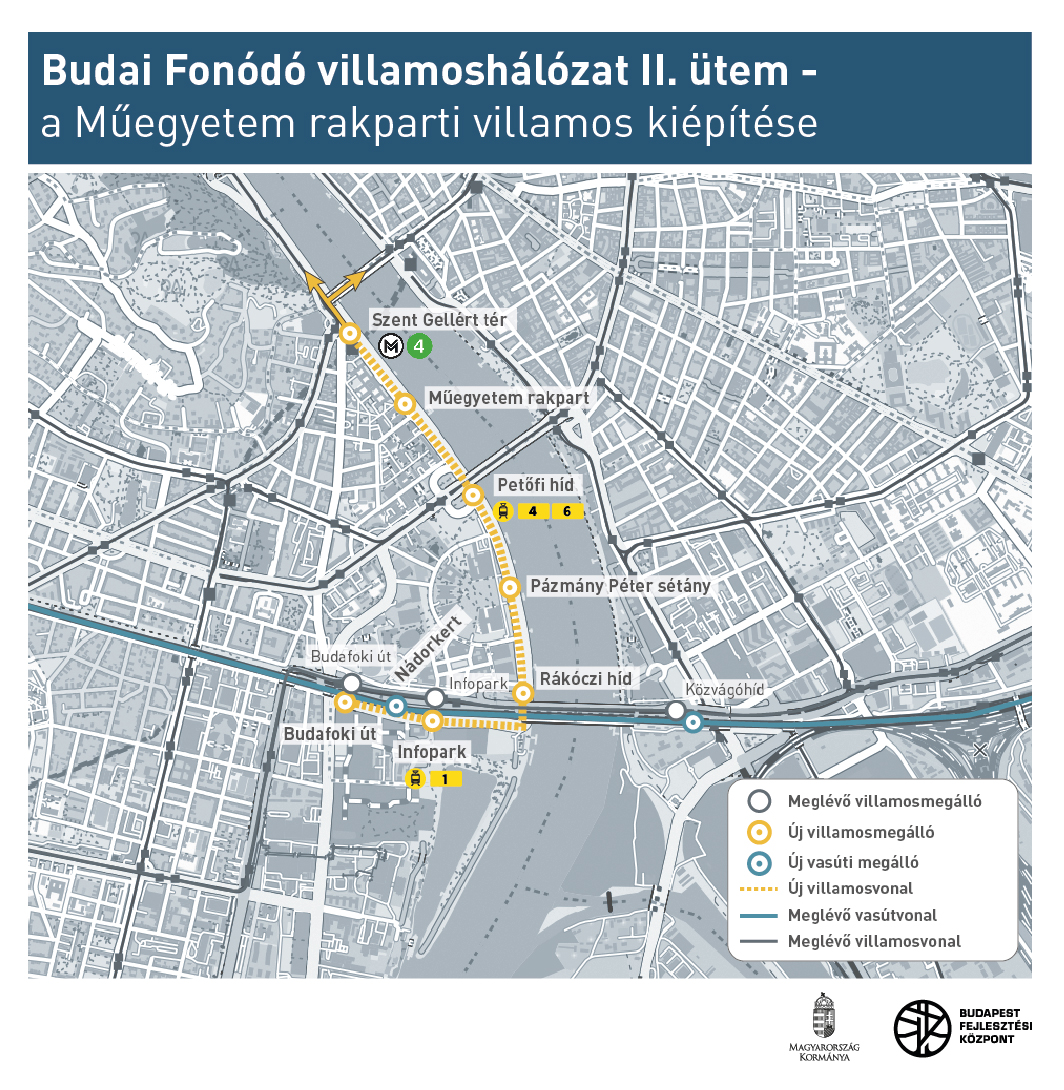 The stops in both directions are in Szent Gellért Square, on the embankment of the University of Technology at Bertalan Lajos Street, at the Buda end of the Petőfi Bridge, at the Pázmány Péter Promenade, at the Buda End of the Rákóczi Bridge, at the Nádorkert Railway Station and at the intersection of Budafoki / Dombóvári Street.

New transfer connections will be established: at the Nádorkert stop for tram 1 and the Southern Circuit Railway under construction. Tram 19, 41 and 56 north of Szent Gellért Square and trams 47 and 49 towards Pest. With Buda interweaving, all four metro lines will be accessible without transfer.

Along the embankment of the University of Technology and on the Pázmány Péter promenade, an independent bicycle path, separateed from the pedestrians will be built almost all the way - so it will be possible to cycle and walk safely without interruption. In front of the main building of the University of Technology, a higher-quality urban space will be created: with new trees, bicycle storage, street furniture and zebra, leading directly to the Danube.

With the extension of the Buda interweaving tram, it will be easier to cross the Budapest fixed track. The embankment of the University of Technology will also be transformed, it will be much greener, more representative and orderly.

Cover photo: Visual design of the interweaving tram in Buda