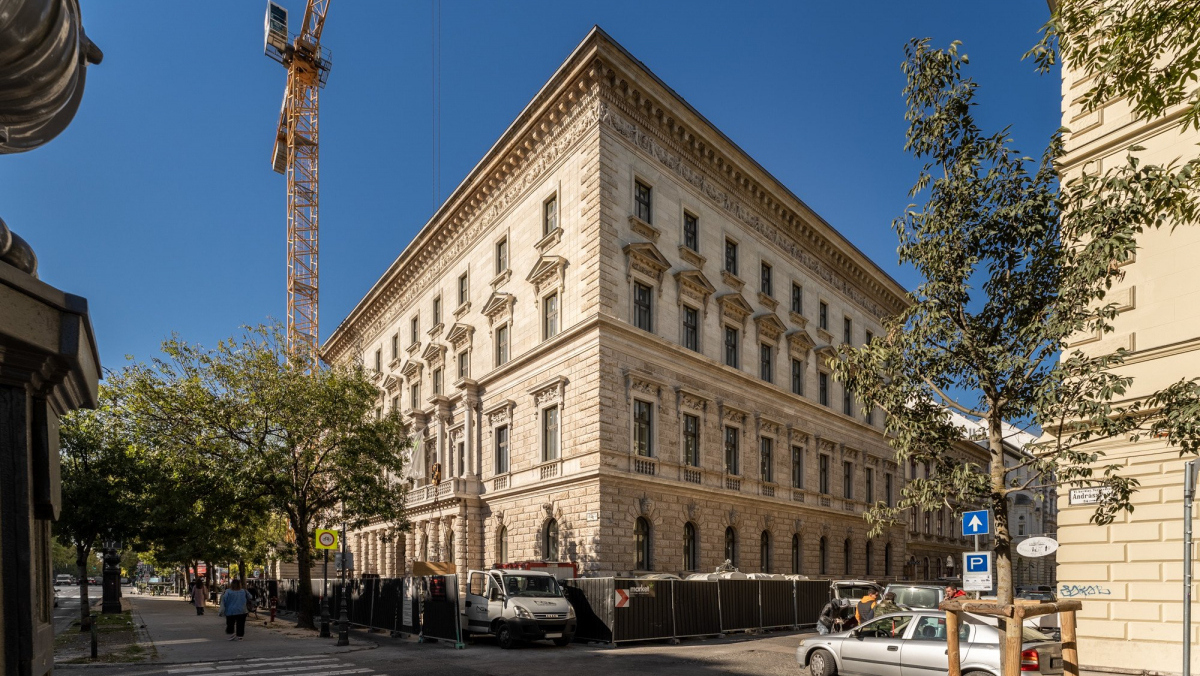 Architect Henrik Schmahl's early masterpiece, the mansion at Andrássy Avenue 52, will soon regain its former beauty. Currently, the historical facade, corridors and loggias are being restored.

The complete renovation of the Haggenmacher Palace on Andrássy Avenue began in 2019. The building is under monument protection, therefore the reconstruction is carried out according to strict requirements. The investor will build a 121-room luxury hotel in the 2,500-square-meter building. The mansion was ordered by the Swiss-born brewery manager Henrik Haggenmacher to be built by Henrik Schmahl, the designer of the Urania National Film Theater and the Paris Court, a student of Miklós Ybl. According to the latest research, the construction of the palace took place between 1881 and 1883, at about the same time as the Opera House. 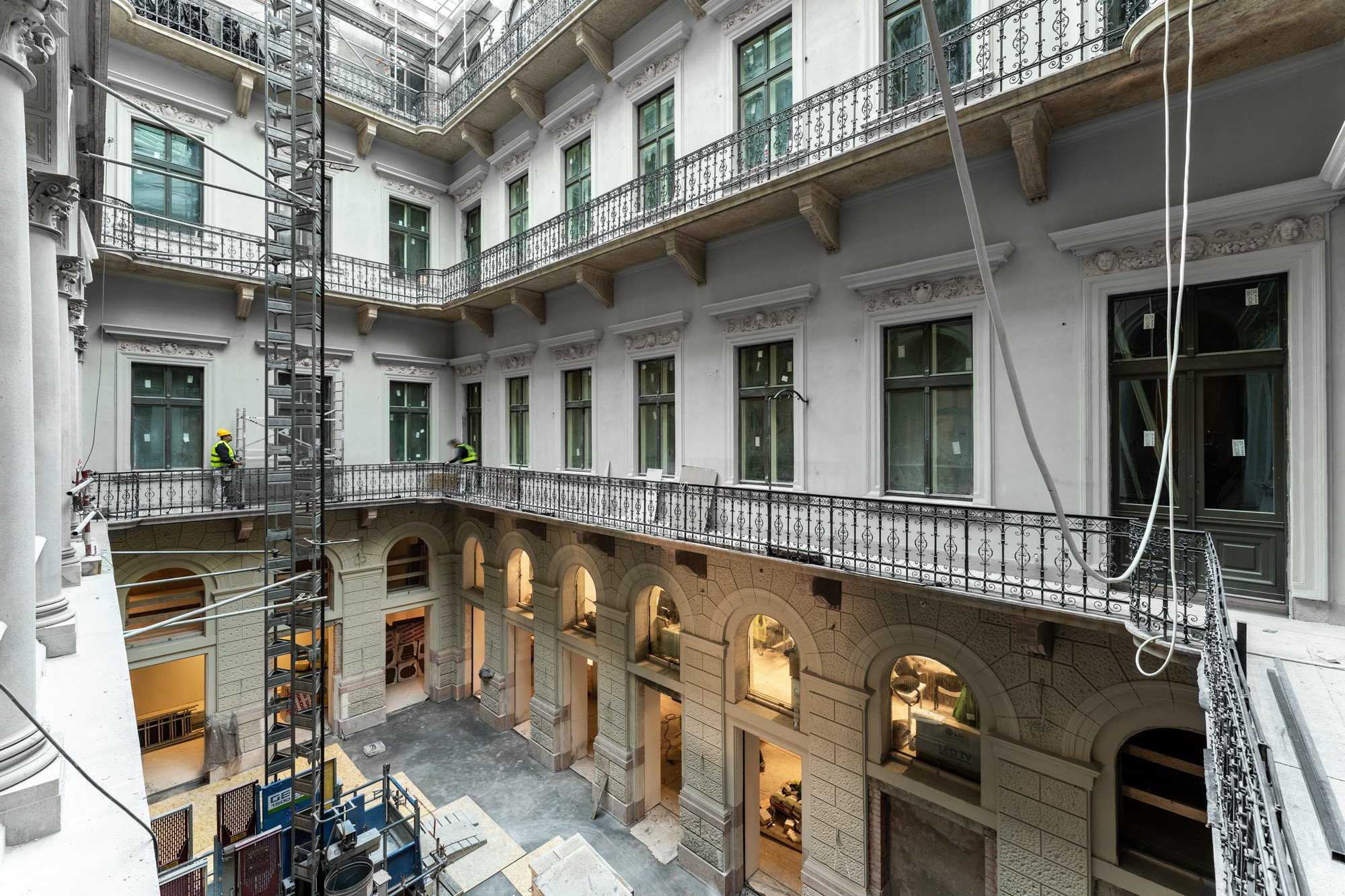 The decorative stuccoes of the palace are being placed, and the marble flooring of the monumental spaces are being installed (Photo: Market Zrt.)

The two buildings are related in several cases, such as the solutions of the original main façade of the Haggenmacher Palace or the rosette cassettes that adorn the straps of the roofs of both the Opera House and the Haggenmacher Palace. In his research, Kristóf Zoltán Kelecsényi points out that the original stone cladding of the palace facades was supplied by Cava Romana company from a limestone quarry in Trieste, which also served the Opera House. 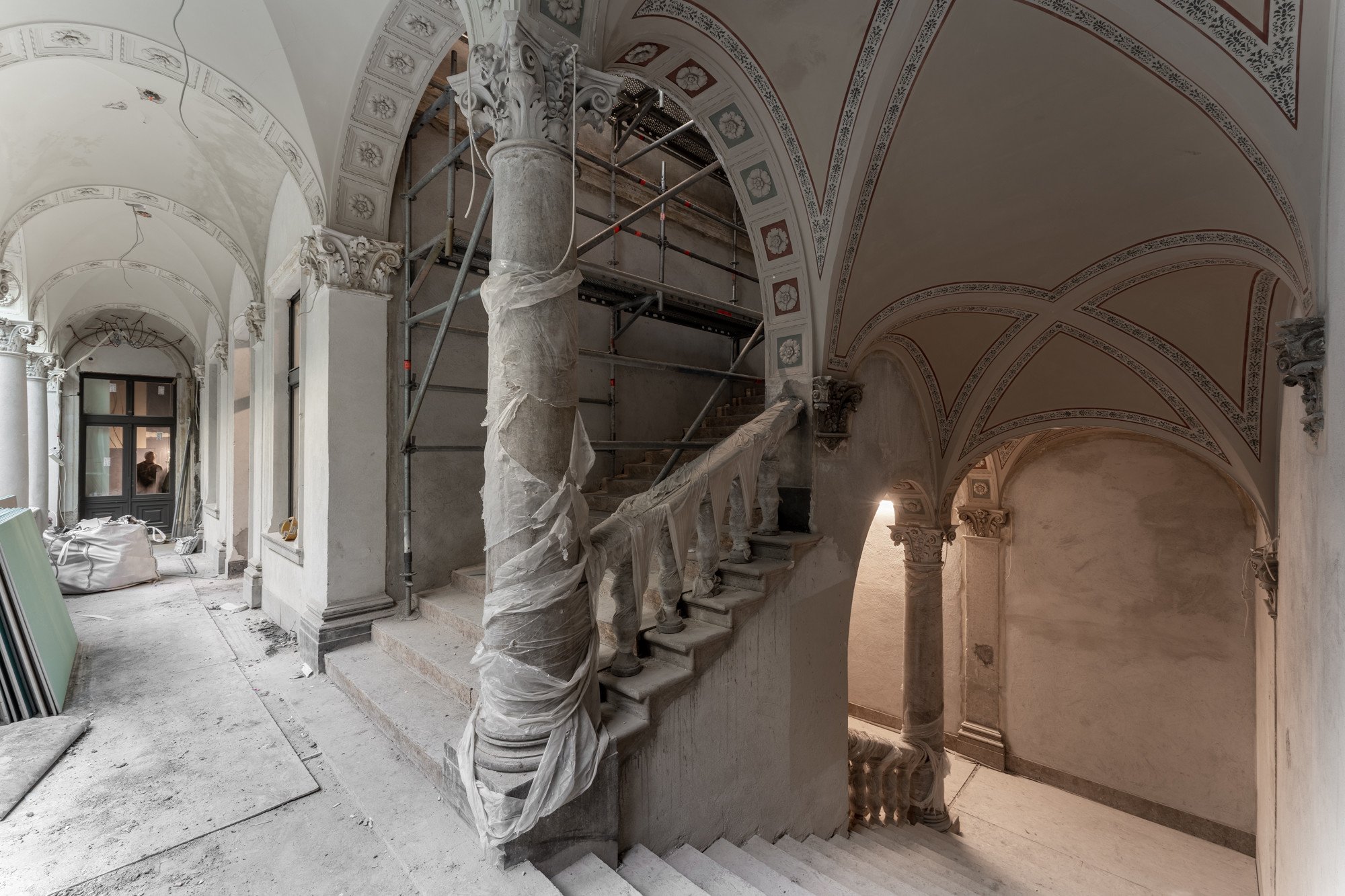 During the coming months, the monumental façade, the corridors and the loggias are going to be restored (Photo: Market Zrt.)

The Haggenmacher family lived on the first floor of the mansion. From 1934, the capital leased their six-room apartment to the Budapest Public Library and later to the Szabó Ervin Library. The library was set up on about 300 square meters: the rental department replaced the former ballroom, the two warehouses the smaller salons, a reading room and a branch manager's office were also set up. Due to the proximity of literary cafés, many writers, such as Frigyes Karinthy, Ernő Szép, Zoltán Kodály or Margit Kovács, were frequent visitors to the library.

The palace was traded by the Terézváros Local Government (together with the house at Andrássy Avenue 8) in 2005 for three apartments in Terézváros, as well as a residential house in the 2nd District. The apartment, which housed a branch library of Szabó Ervin Library, was sold in 2018. 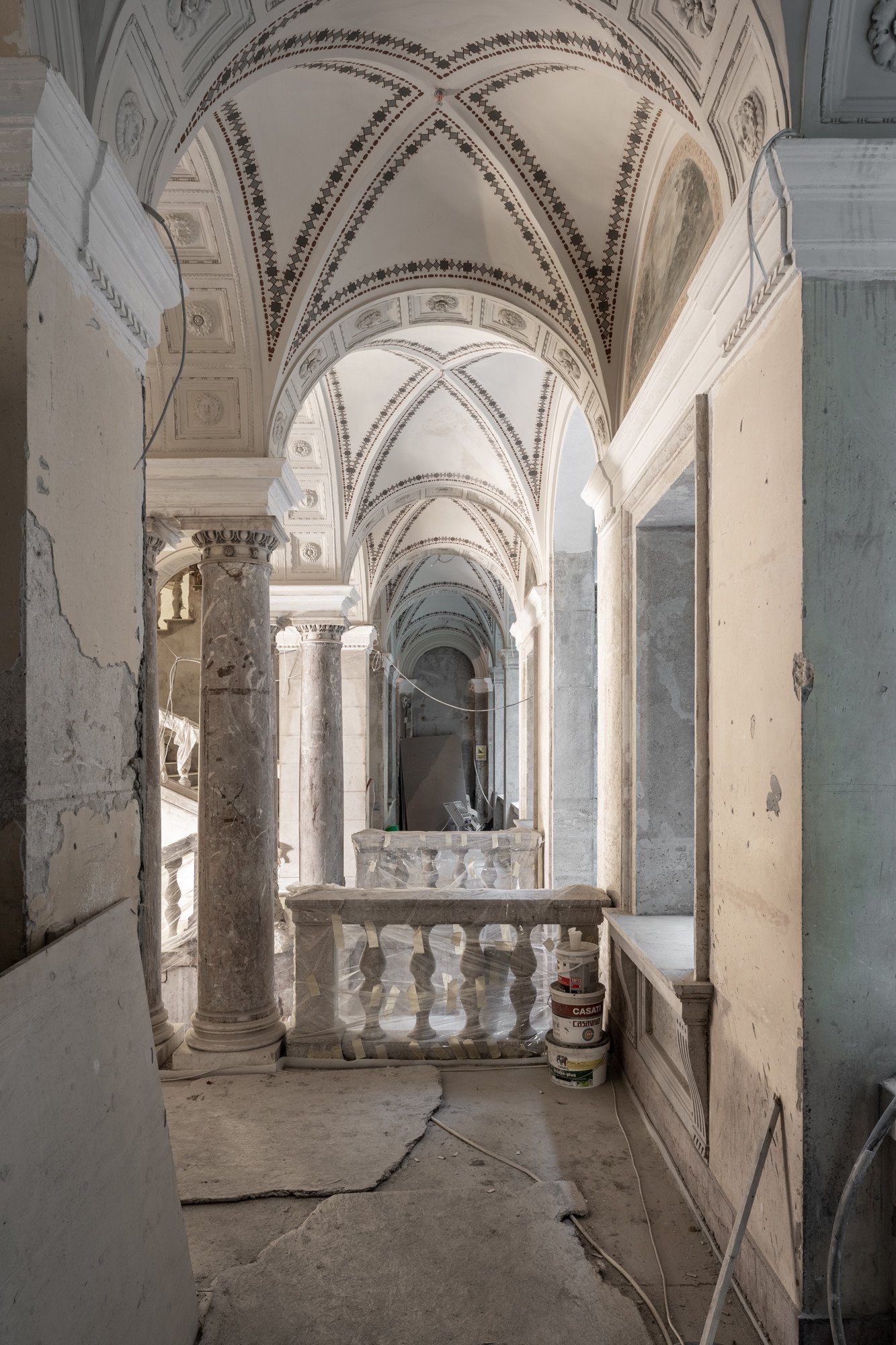 The branch library of the Szabó Ervin Library operated in the most beautiful apartment of the 140-year-old monument for 84 years, until 2018 (Photo: Market Zrt.)

The palace, which will house the A52 Hotel, will consist of a basement, ground floor, gallery, three floors, attic and a mechanical floor. The hotel rooms are located on part of the ground floor, on the three floors and on the attic level. During the renovation, the old four air shafts and connecting structures of the building were demolished from the roof level to the basement. It was also necessary to dismantle the entire roof, the maid's staircase and the elevator across the building.

Finishing work is currently underway, with plasterboarding, construction of partitions and suspended ceilings, preparation for painting and wallpapering, plastering of walls and ceilings, placement of decorative stucco, and cold cladding. The marble flooring of the listed spaces is also being built. 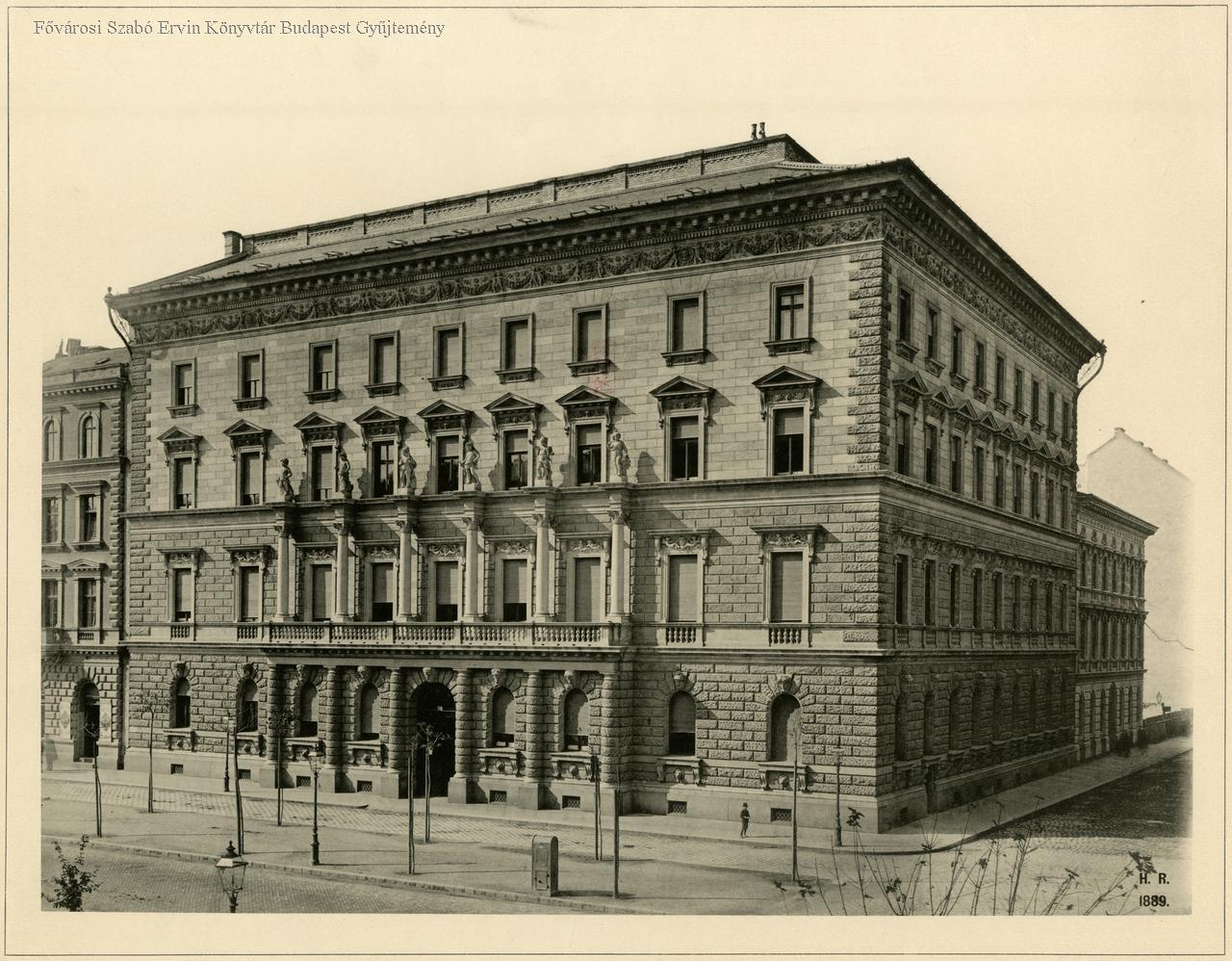 The glass roof covering the inner courtyard of the building has been completed. The restoration of the listed facade, corridors and loggias will be completed later this year. The decorative painting of the ceiling of the doorway and the corridors and loggias is also the task of the coming months. The handover is expected in the spring of 2022. The reconstruction plans of the monument are recorded by Archikon, the construction is the work of Market Zrt.