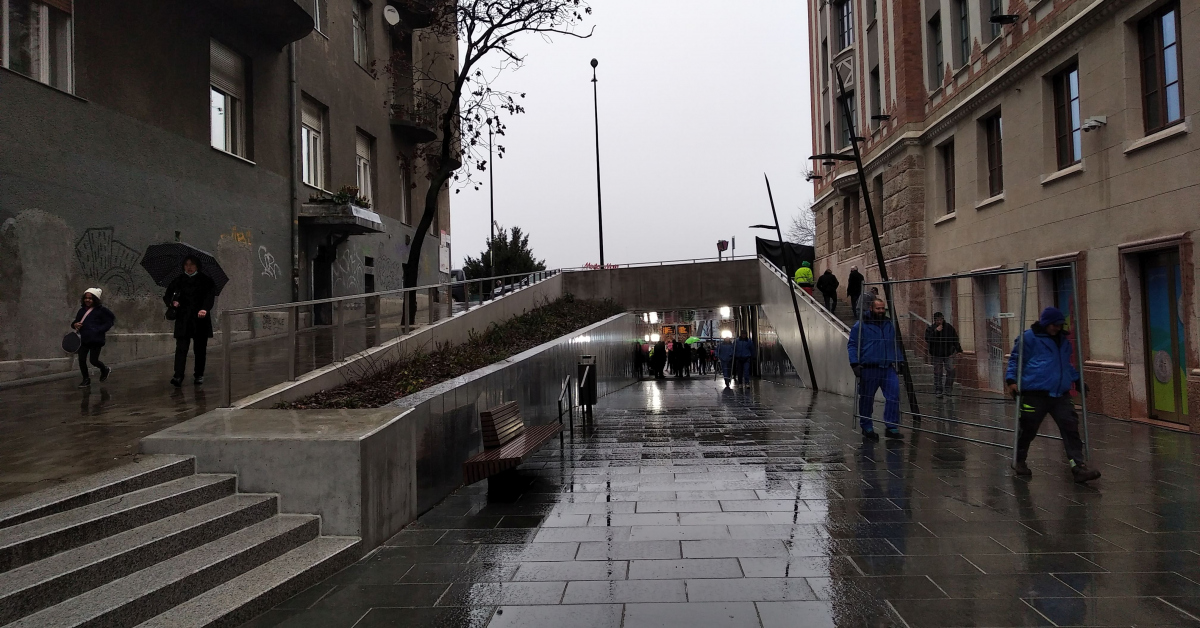 The last stop of a renovation program: the handover of the Széll Kálmán Square gateway

Széll Kálmán Square has undergone huge changes in recent years and although we have become accustomed to the modern environment, the renovation program actually ended only on Thursday: the gateway connecting the square with Krisztina Boulevard was handed over. The passage was short, but the construction was all the more complicated. Still, it was worth it, as it is another, very big step towards an accessible Budapest.

At the handover ceremony, Dávid Vitézy, CEO of the Budapest Development Centre, recalled the condition of the square before the renovation: the asphalt-rich space, unused tram loops, and vendors defined the not-so-rosy sight. The design tender for the urgent renovation was announced in 2012, and at the end of that year it was decided that Építész Stúdió Ltd has triumphed over it. The Stúdió, together with FŐMTERV, proposed the construction of the gateway already in 2014, but for budgetary reasons it could not be implemented at that time. 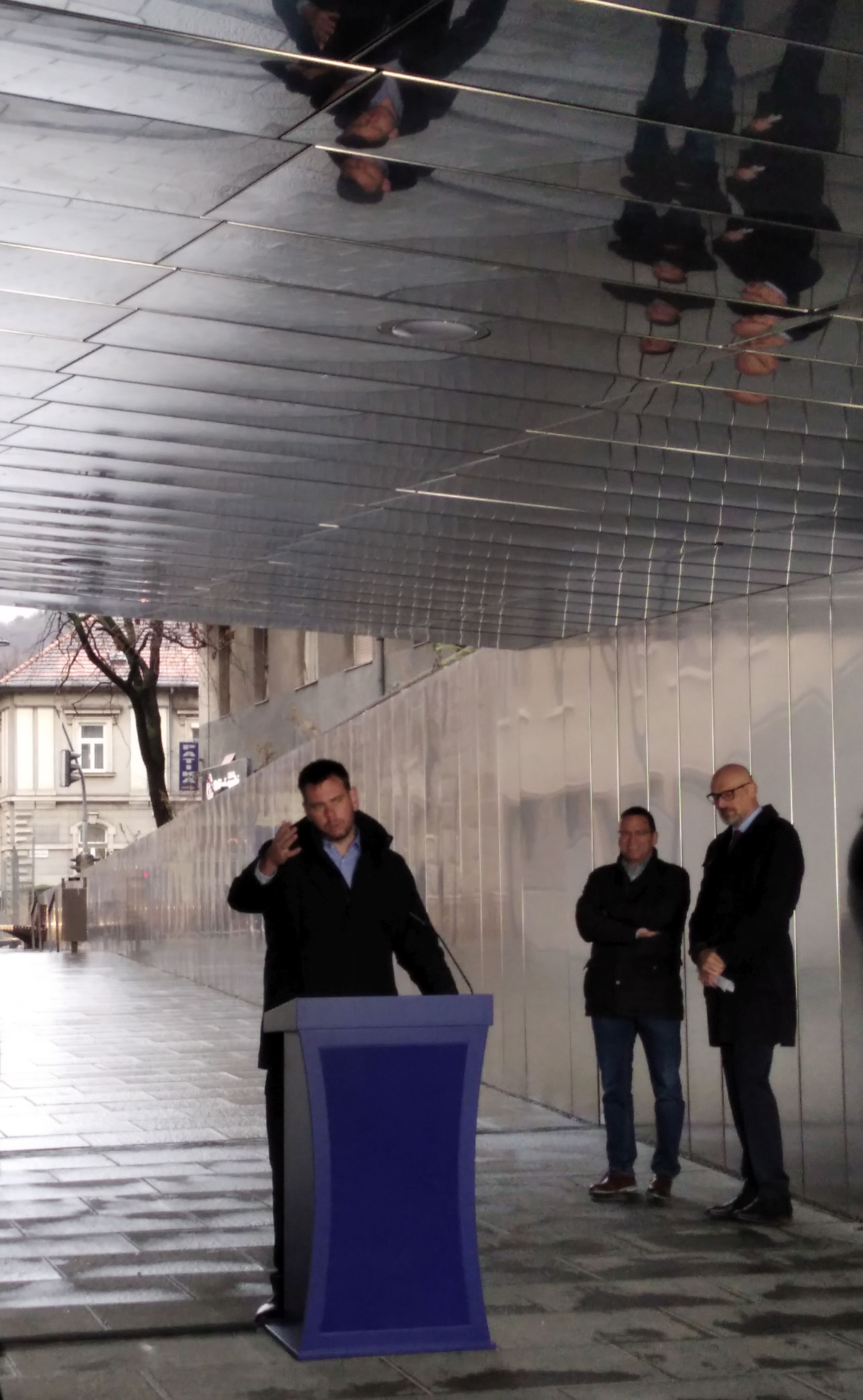 Yet the idea was self-evident, as the southwestern side of the square is steeply closed by the hill that also carries the former Postapalota (Postal Palace) and at the same time separated this traffic junction from Krisztina Boulevard. Thousands of people climbed the stairs built into the hillside every day, either they went to the busy boulevard or to the quiet Városmajor. During the renovation in 2015-2016, escalators have already been built to facilitate traffic and, fortunately, the idea of a gateway has not been forgotten. 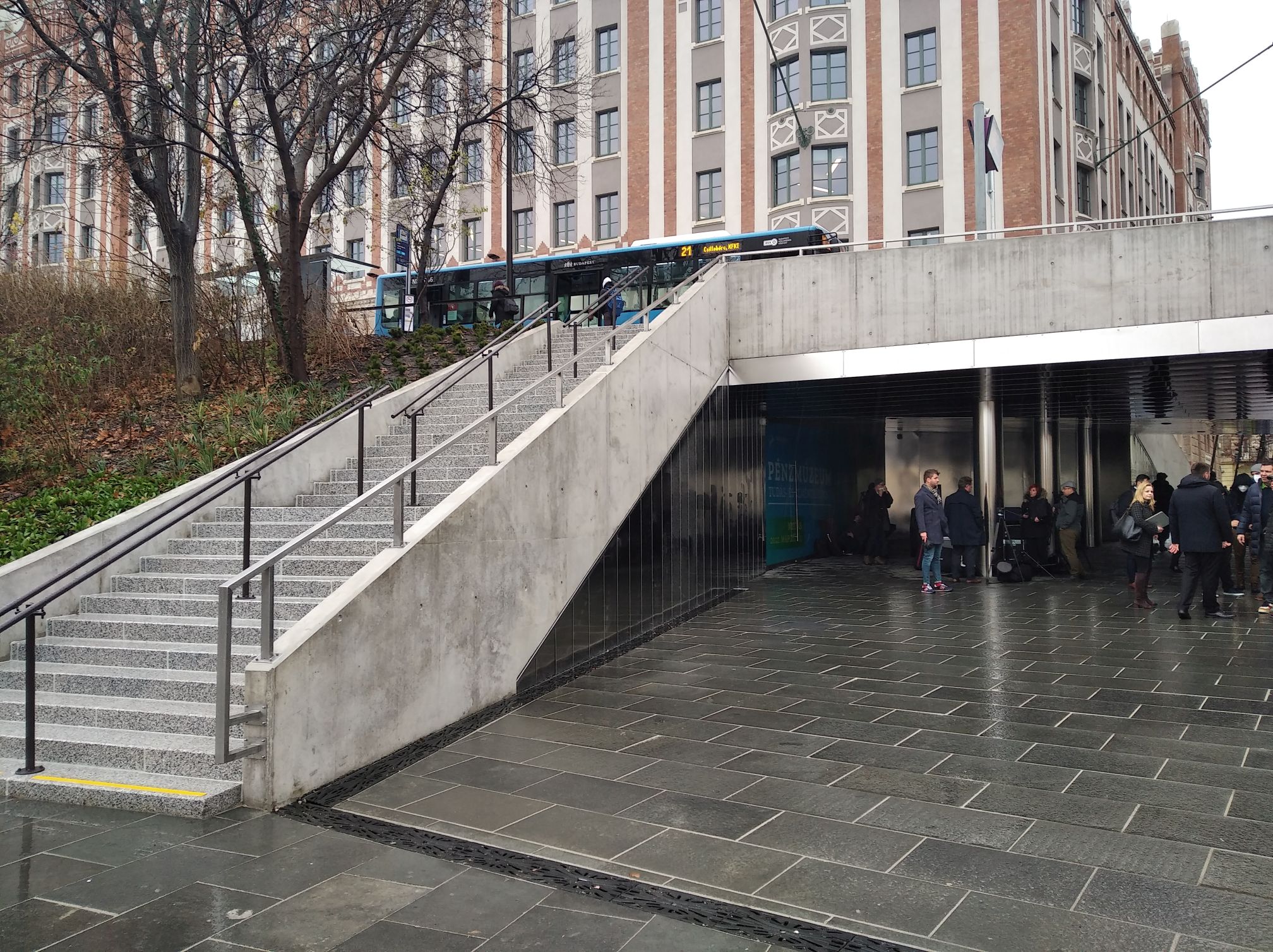 In his speech, Balázs Fürjes, State Secretary of the Prime Minister's Office responsible for the development of Budapest, emphasised that the completed investment was financed by the subsidiary of the Hungarian National Bank, MNB Ingatlan Ltd, so it did not burden the state or capital budgets. The bank, which bought the building of the former Buda Postapalota, embraced the plan that remained on paper and linked it to the reconstruction of the building. Thanks to the generosity of the MNB, pedestrians can now get to the boulevard on a long, slightly ascending road, but a new entrance opens from the gateway to the building renamed the Buda Palace, more precisely to the Money Museum to be established there. 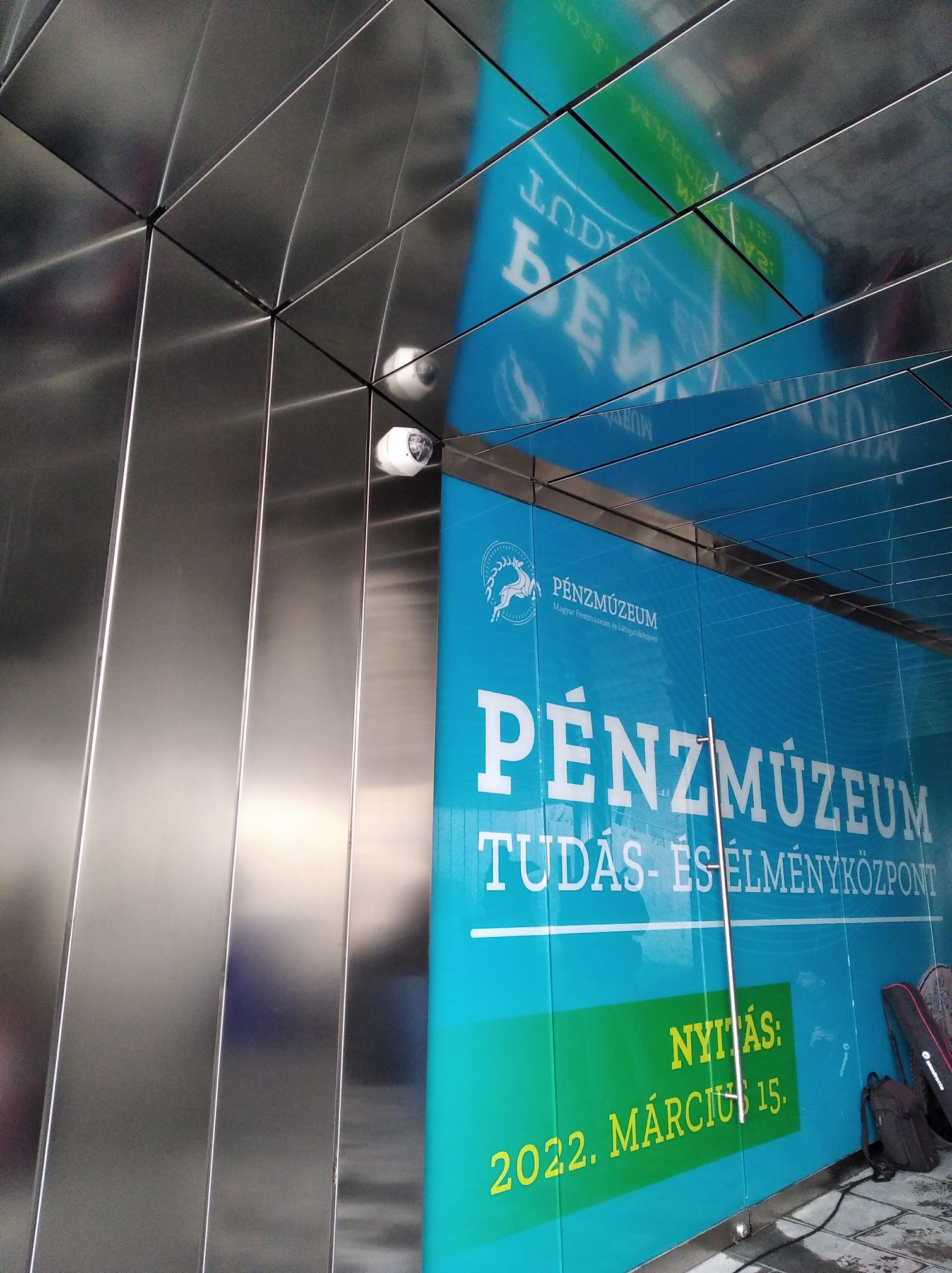 The work, which started in the summer of 2020, was carried out by Market Építő Zrt. Although it was a short section, the construction had to deal with the plethora of telecommunication cables that ran in the ground. The Postapalota already functioned as a telephone exchange when it was handed over in 1926, and it continued to perform this function throughout the 20th century. During the construction of the gateway, the main goal was accessibility, so an elevator was built to get to the buses going from Várfok Street, and the previously installed escalators were retained, sliding them to the right only a few metres. On the left side of the passage, a longer but more comfortably walkable staircase was built. 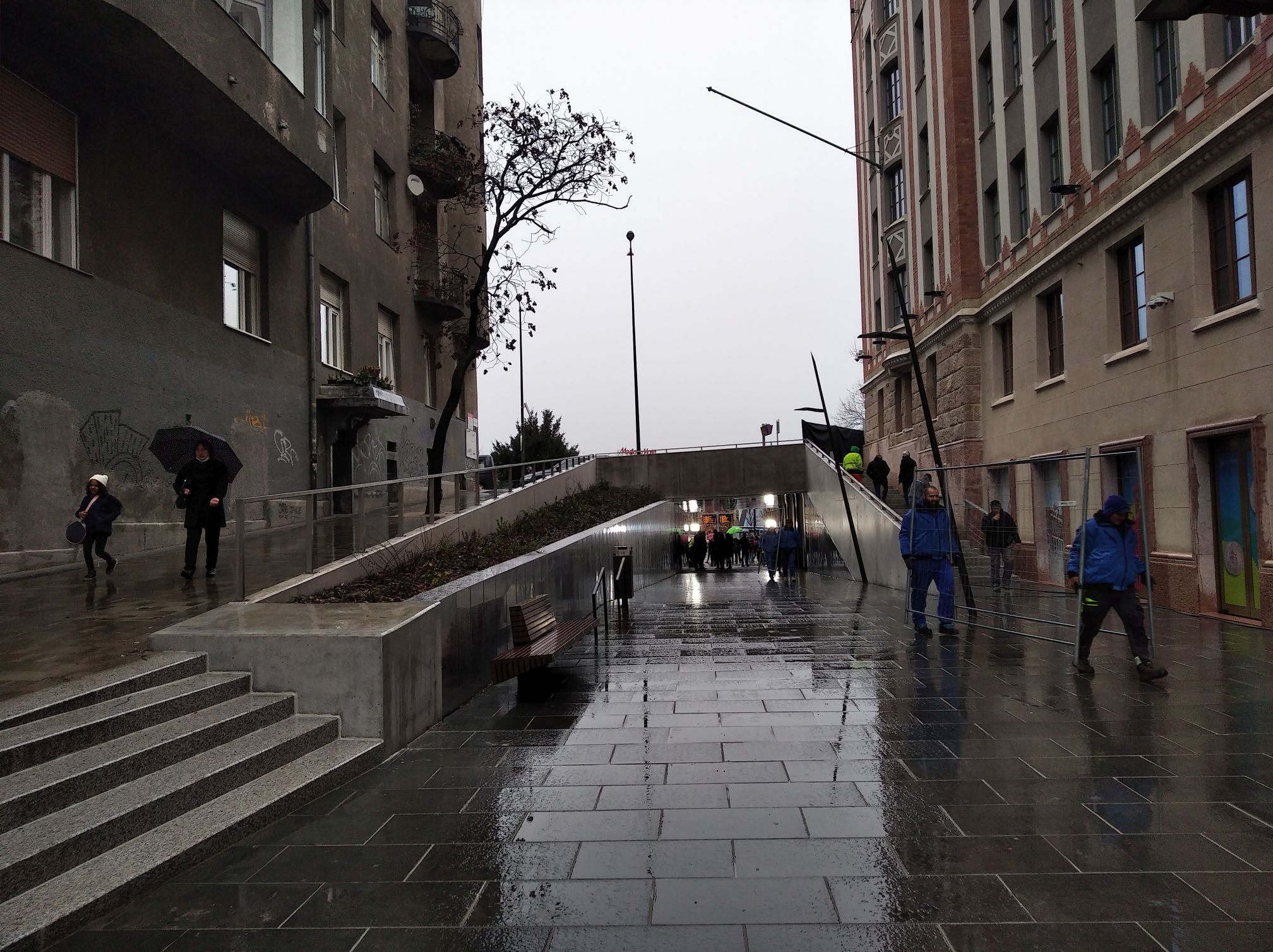 The terrain was also arranged from Krisztina Boulevard. In 2019, the short street running on the side of the Postapalota was named after Sándy Gyula, the designer of the iconic building. In the direction of Várfok Street, this also rose, but the ground level of the passage carved into the new hillside slopes towards the square, so the difference in level within the space opened up like scissors. The landmarks have also been designed to match with this: both the lampposts and the bike racks are tilted to the side. 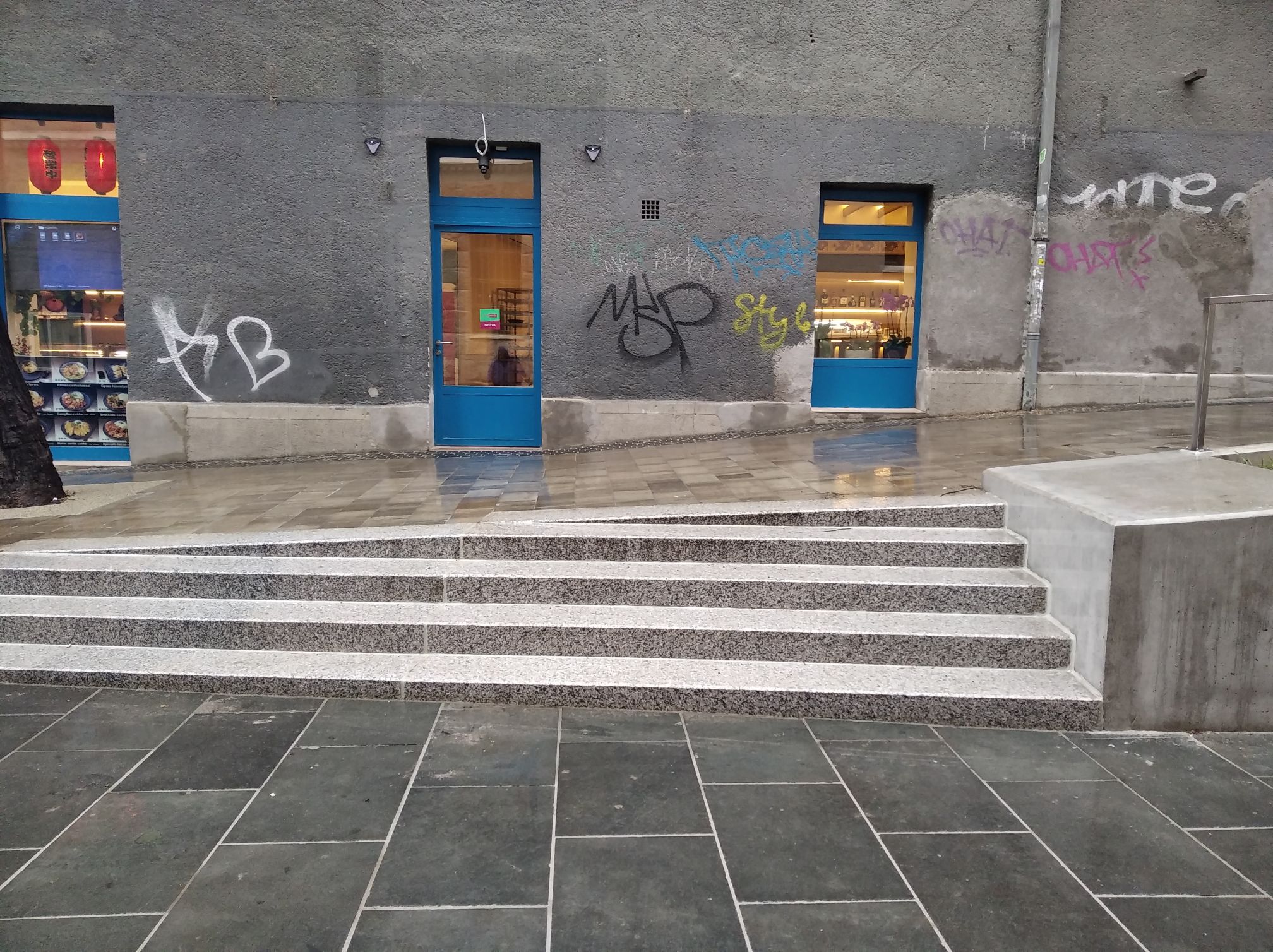 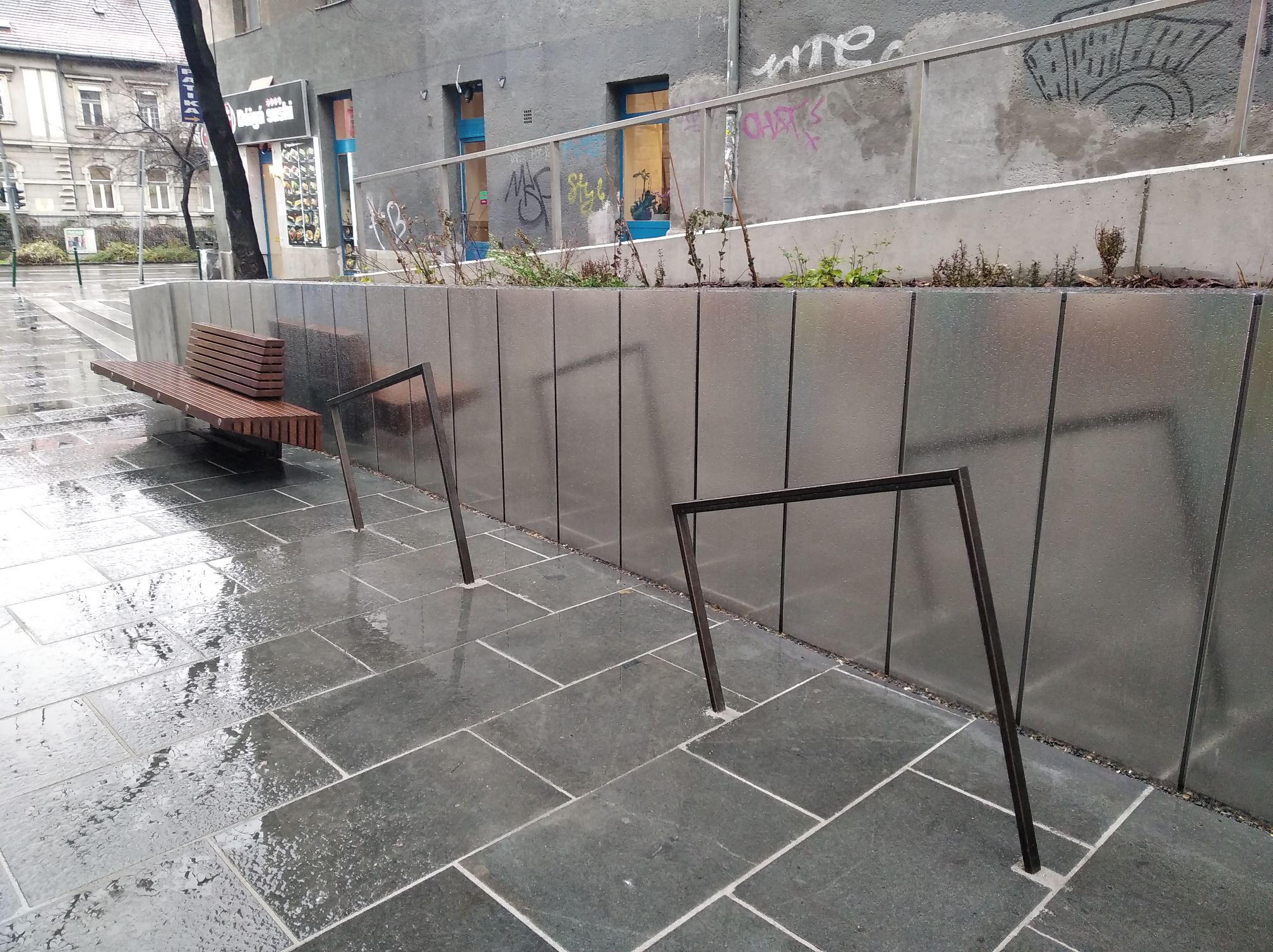 The passage itself has been designed to be part of Széll Kálmán Square: the organic continuation of the pavement in the square and the side walls and ceilings covered with shiny metal plates also fit into the modern style of the square. Incidentally, the stability of the slab is ensured by three circular pillars, which also shine and literally reflect back the Széll Kálmán Square. A special advantage of the gateway was even more prominent at the handover ceremony: it was an indoor space that came especially well during Thursday’s rain. At the end of the event, Péter Bozó, the managing director of MNB Ingatlan Ltd, officially handed over the gateway to pedestrians. The next notable date at the venue will be 15 March 2022, when the Money Museum will open its doors.

Cover photo: The cordon blocking the passage is being taken (Photo: Péter Both/pestbuda.hu)