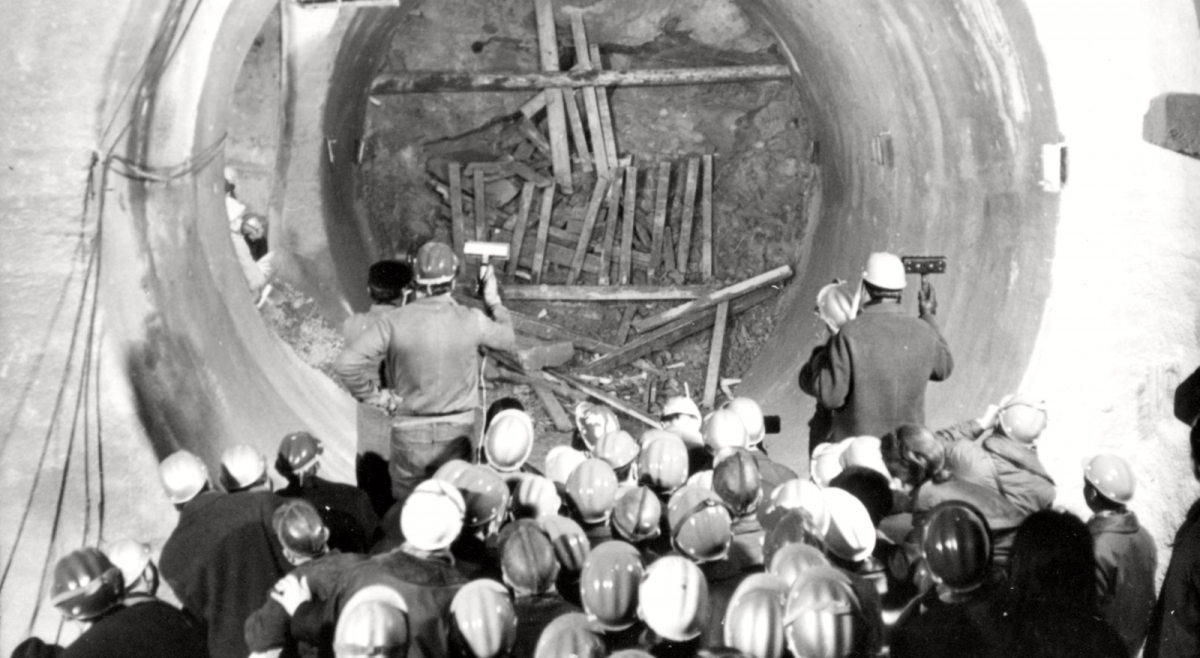 Water intrusion into the metro tunnel: the builders feared that the houses on Rákóczi Road would be endangered

Between Astoria and Blaha Lujza Square, in the metro tunnel under construction, but on the already drilled section, a water intrusion took place in 1967, which shocked the people of Budapest and raised questions about the possible safety of the metro. The unexpected sand and water intrusion 55 years ago not only caused alarm among prospective passengers, but also experts feared that the residential buildings on Rákóczi Road could be endangered. After averting the danger, the builders tried to reassure the people of the capital that there would be no need to fear similar accidents in the finished metro tunnel.

Building underground is always risky, especially in a crowded city like Budapest. Builders also had to deal with a number of unexpected difficulties during metro construction in the capital. The soil under the Danube was not a problem, although they feared water intrusion there the most, but the trouble occurred elsewhere. Tunnel builders had to deal with a severe water intrusion 55 years ago near Blaha Lujza Square, at the Urania Cinema.

The metro had been built for years at the time. Work began in 1950 and continued at an accelerated pace until 1953, when construction came to a halt due to the country’s deteriorating economic situation. The investment, despite the priority construction, was in significant delay, with only 40 percent of the tunnels completed, one of the reasons being that they began to be built using very rudimentary methods. The Soviet tunneling equipment, drilling shields, arrived only later, which could be used to work at a faster pace. After the shutdown, only the preservation and minor works were carried out on the parts of the tunnel completed until then, for example, a smaller experimental tunnel section was built in 1960 on the affected section of the 1967 water intrusion. 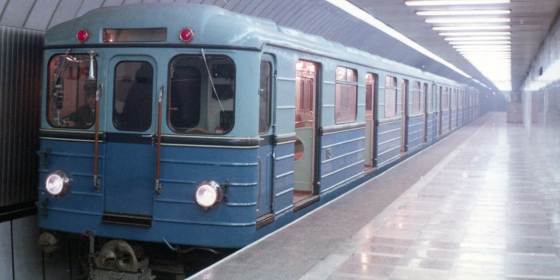 The builders encountered very different soil conditions between Astoria and Baross Square, due to the fact that the area was filled by the Danube, so the construction also brought interesting fossils to the surface.

In the 18th century, there was still a semi-swampy branch of the Danube, the line of which is roughly followed by today's Outer Ring Road, and this was crossed underground by the double tunnel of the metro. Underground, this area is not exactly ideal for tunnel construction, as workers had to work in flowing sand. During the forced break between 1953 and 1963, the aforementioned experimental tunnel was built to find out whether the previous cessation method could be abandoned and replaced by a chemical process. The experiment failed, and there was even such a sand and water intrusion that they feared the Rókus Hospital would simply break into the tunnel. Fortunately, this did not happen. 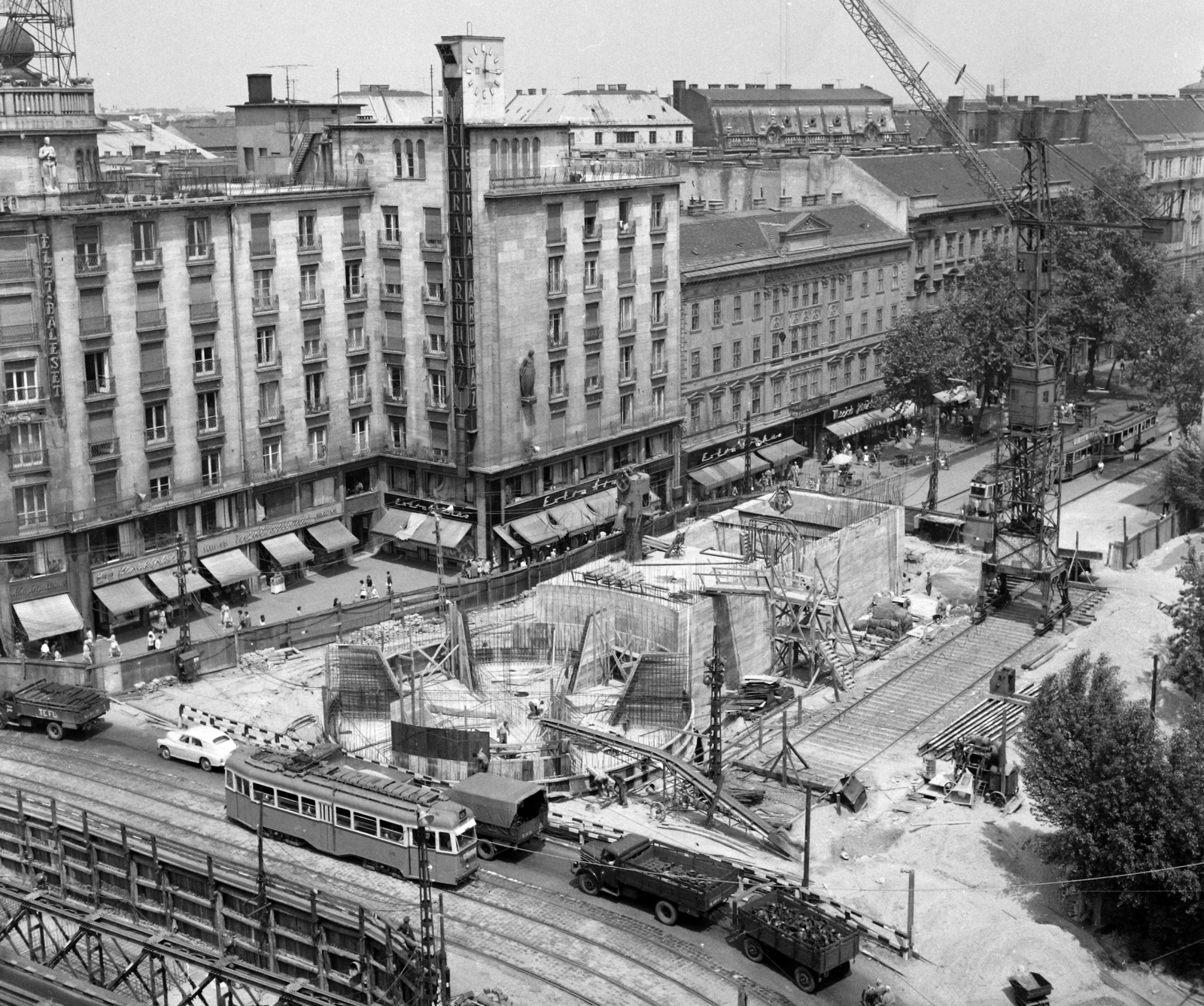 Work resumed in 1963 at a more normal pace. This is also shown by the fact that according to the original idea, the metro should have been completed by 1955, ie in five years, but after the restart in 1963, the first section, Deák Square and Örs vezér Square, was completed only by 1970.  In the meantime, the plans have changed, as the line would have originally only gone to the Népstadion and had no stops at the Astoria. A number of other changes were decided on the extended line, the surface design of the stations changed, and the underpasses were included in the ideas at that time.

After the resumption of construction, albeit partly referring to the expected subsidence, the National Theater was demolished, and by 1967 the tunnel section between Astoria and Keleti Railway Station was almost complete.

The passages built from Keleti were already opened in 1966 with tunnels carved from Blaha Lujza Square, which were built using a pressurized, caisson method. This method, used in civil engineering since the mid-19th century, meant that the work area was sealed airtight and the air pressure there was raised so high that it displaced the intruding water. This is a very effective but very stressful method for the human body, if safety regulations are not followed, for example when leaving a high pressure area, workers may suffer temporary or permanent paralysis or even die. Once the tunnel was completed, it was, of course, no longer necessary to maintain the high pressure, so in 1966, after the previously pressurized part was connected to the tunnels from the East, normal air pressure prevailed throughout the flight.

This is why water and sand could break into the tunnel on the evening of 10 January 1967, at the Urania cinema. Foreman Pál Samók told Népszabadság exactly what happened, on 12 January 1967:

“Between Astoria and Blaha Lujza Square, two line tunnels 23 meters apart were completed at the end of December. These are connected in several places by narrow corridors. On Tuesday night, one of these previously completed corridors had to be attached to the track tunnel. Meanwhile, we had to dismantle part of the tubing (i.e., cast iron masonry) that held the tunnel wall. As soon as we removed the retaining bolts and moved the tubing out of its place, water and sand were pushed through a 40-centimeter gap with tremendous force. In the first minute, we tried to press the iron scaffolding back into place, but we couldn't stand the pressure of one and a half tons. ”

The full extent of the problem was not immediately apparent, so the traffic on Rákóczi Road was stopped so that the roadway would not collapse, and after the geodetic measurements the traffic was restarted the next day, at 4 pm on Wednesday. On the surface, the condition of not only Rákóczi Road but also the surrounding houses was measured every hour. It was found that there was a subsidence of four millimeters on the surface, which was not really dangerous. 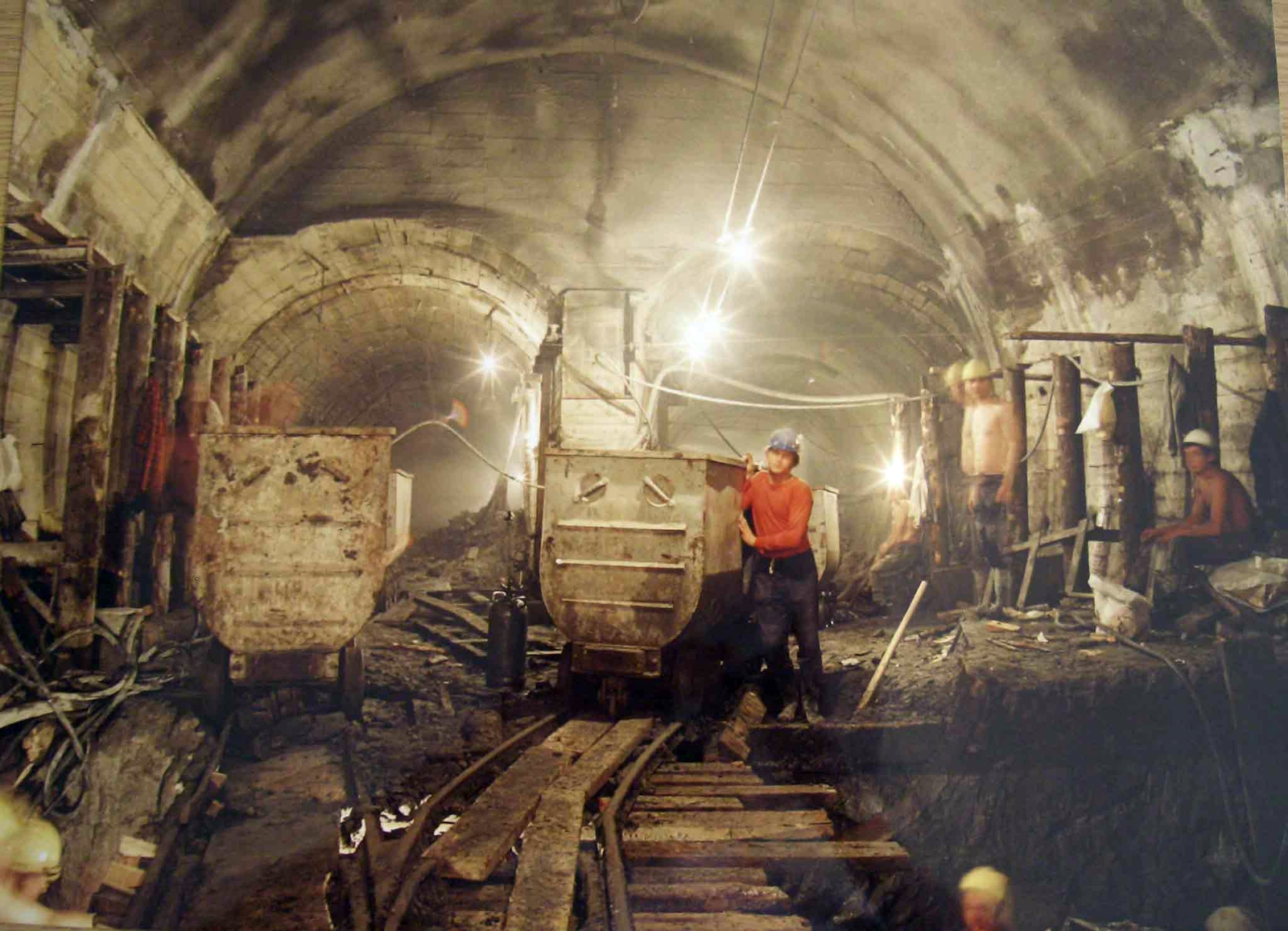 Downstairs, underground, they tried to block the intrusion. They first carved a large wooden stock, into which the spilled sand was led, which thus accumulated near the gap. A total of fifty worked underground, recruiting workers who lived nearby but would not have had a shift then. The strength of the water weakened, no longer washing sand into the tunnel. The amount of intruding water was very considerable, on 12 January another 6 cubic meters flowed into the tunnel.

The public in Budapest was shocked by the fact that the accident took place in a tunnel that had already been drilled, so the authorities were in a hurry to reassure everyone that the tunnel itself was completed but not completely finished, as the insulation had not yet been built, so there is no need to fear a similar accident in the fully finished tunnel. 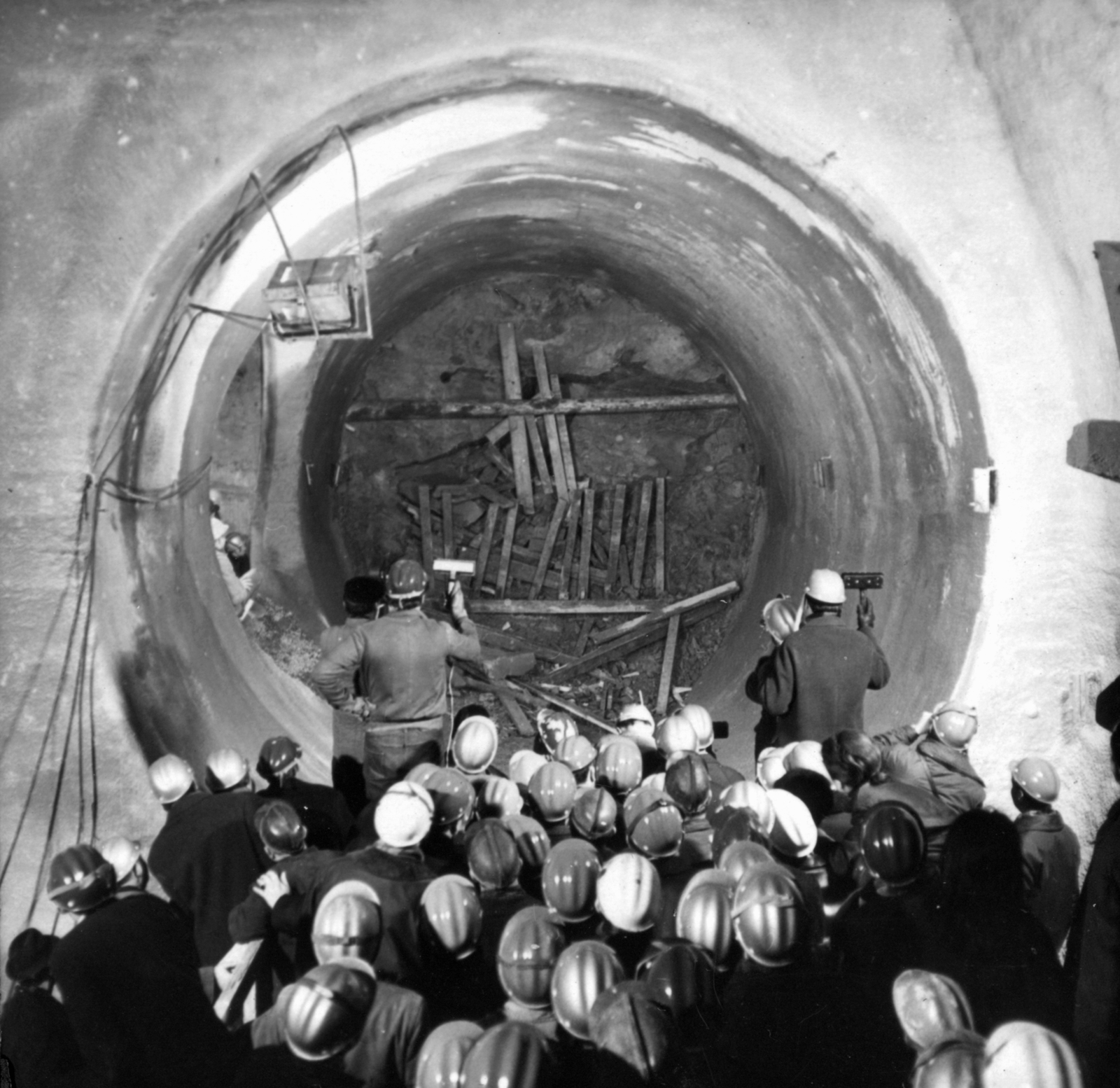 The large crowd is waiting for the two tunnel sections to get connected (Photo: Fortepan / No.: 212488)

In the meantime, new walls were erected under the ground so that they could work under high pressure again in the affected section of the tunnel, ie the proven methods used during construction were intended to correct the error. In the pressurized tunnel section, concrete was injected with high pressure into the gap, not only blocking the water path but also filling the resulting cavity. The total water intrusion could be curbed in one week, with a total of 20 tons of cement. This allowed the work to continue.