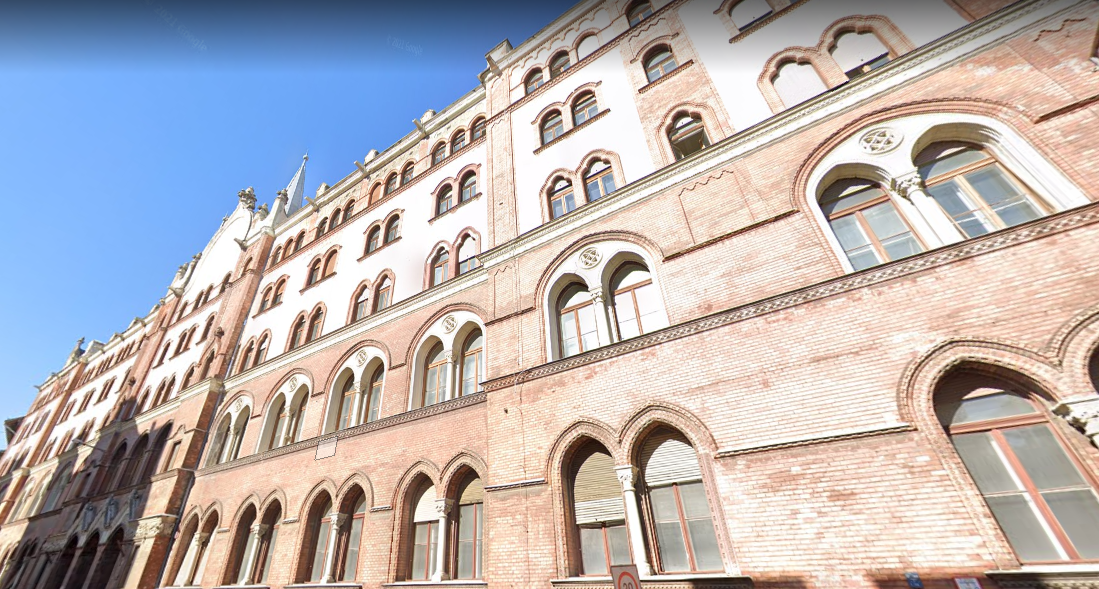 The Reformed University is moving into the former BÁV headquarters

The Károli Gáspár Reformed University is moving into the former BÁV headquarters in Ferencváros. According to the idea, the Faculty of Law and Political Science of the University, the Institute of Psychology and the Rector's Office would serve as the new home of the 11th district historic building. The goal is to develop the university and create a modern educational environment.

On Tuesday, 12 April, the announcement published by the National Heritage Protection Development Nonprofit Ltd. (NÖF) was unveiled to renovate the headquarters of the former Commission Department Store Company (BÁV) at the corner of Lónyay street and Kinizsi street.

As can be seen from our previous article on the history of the building, the historicist-style, six-storey Central Pawnshop was built in 1903 according to the plans of Samu Révész and József Kollár. It was nationalized after the Second World War, and from 1948 it operated first as a State Pawnshop and Auction Hall National Company, and from 1951 as a Commission Department Store Company. At that time, the Rákosi coat of arms was replaced by the coat of arms on the main façade, which was later removed, but the old coat of arms was not returned. In 2006, BÁV passed over the building on the corner of Lónyay and Kinizsi streets, which then stood empty for a long time. The former headquarters became the property of the Reformed Church in 2017. According to the plans, the Faculty of Law and Political Science of the Károli Gáspár Reformed University, the Institute of Psychology and the Rector's Office would also move here after the transformation.

The listed building in Ferencváros will also be the new home of the Faculty of Law and Political Science of the Károli Gáspár Reformed University, the Institute of Psychology and the Rector's Office. Photo of the building from 2020 (Photo: Simon Tímea)

According to the EU public procurement notice, the Rector's Office, the Vice-Rector's Office and the Executive Office, the Secretariat, the Reference Offices, the Senate and other meeting rooms, as well as service and storage rooms will have to be set up in the nearly 21,000-square-meter building. For the Faculty of Law, the location of the study department, the premises of the dean's office, the language and IT laboratory, the teaching community space, the teaching and general offices, the doctoral school space and the student offices must also be established.

Education would be provided by the creation of large lecturers for 120-130 people, medium lecturers for 80 people, small lecturers for 50 people, and large and small seminar rooms. The Institute of Psychology must also be equipped with large and medium-sized lecturers, a psychological laboratory, a seminar room, executive and general offices, lecture rooms, the premises of the student council and the space of the clinic. In addition, there will be shared spaces. These include the auditorium ceiling, the ballroom, the lobby, the communal areas, the sacred space, the multifunctional space, the fitness room, the library, the restaurant and the buffet.

The staircase of the former Central Pawnshop in 2020 (Photo: Gábor Mészáros)

The aim of the investment is to reduce the current fragmentation of the university and the buildings rented in the city so far to house part of the university faculties in a building that ensures the conditions for modern education.