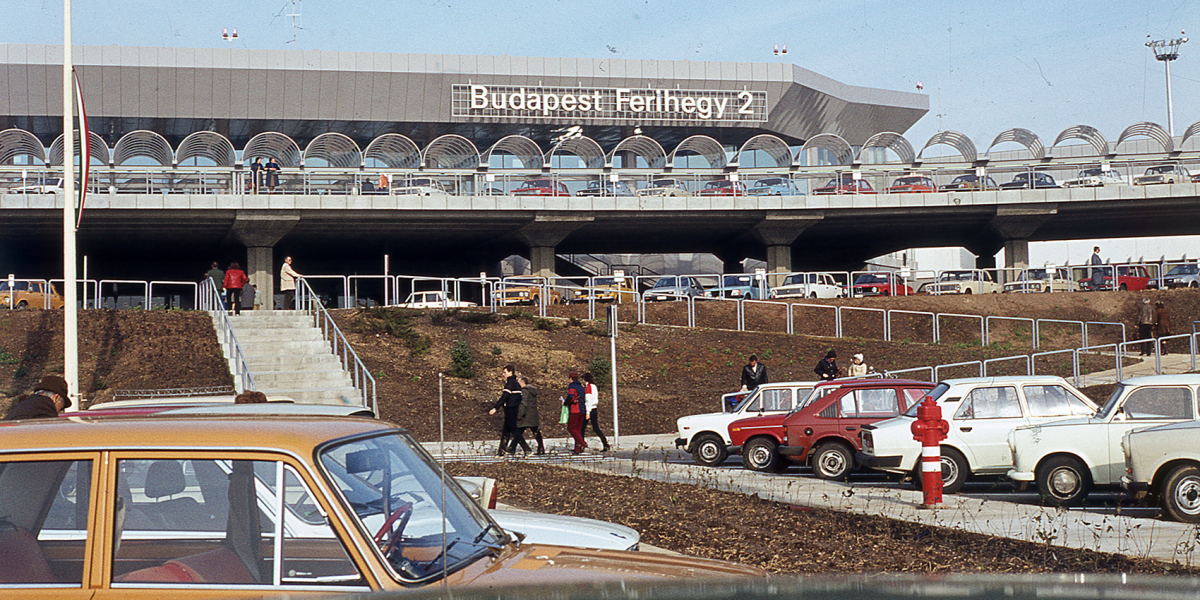 The air gate of Budapest is Liszt Ferenc International Airport. In common parlance, the history of the airport, also called Ferihegy Airport after its old name, is very adventurous, as it was planned before the war, but only handed over afterwards. There have been several significant changes in the life of the airport since then, such as the construction of Terminal 2B, which had just begun 25 years ago.

The decision to build a new airport in Ferihegy, on the eastern border of Pest, was made in the 1930s, after it soon became clear that the airport in Budaörs, which had been handed over in 1936, was small and the ground unsuitable for larger and larger aircraft. 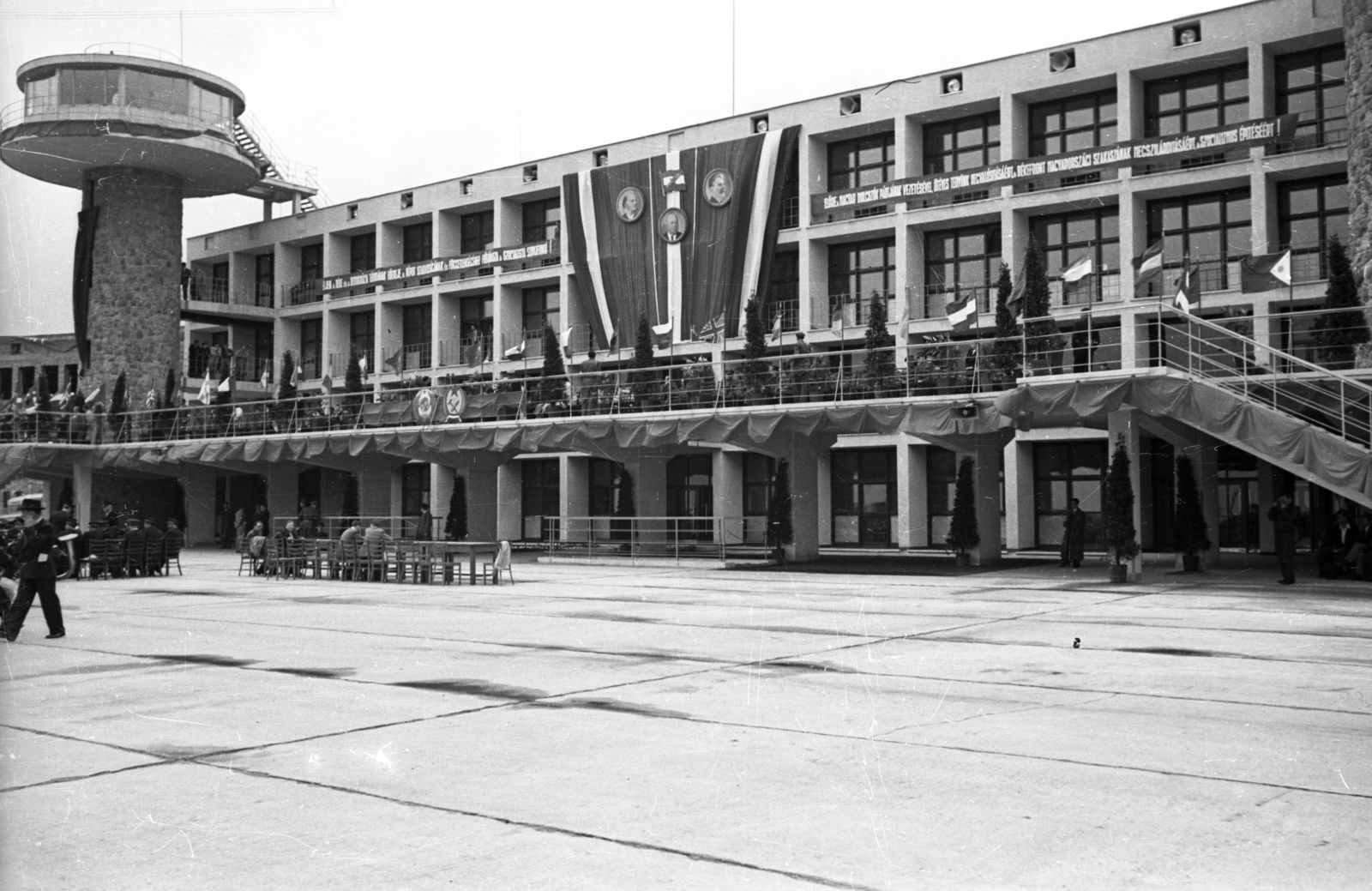 The airport building was designed by Jr.  Károly Dávid and formed from above a stylized airplane, where the two towers were the two engines. The traffic building turned to the runway with a huge observation deck, from where you could watch the planes take off and land. The building also houses a customs office, post office, ticket office and information service. 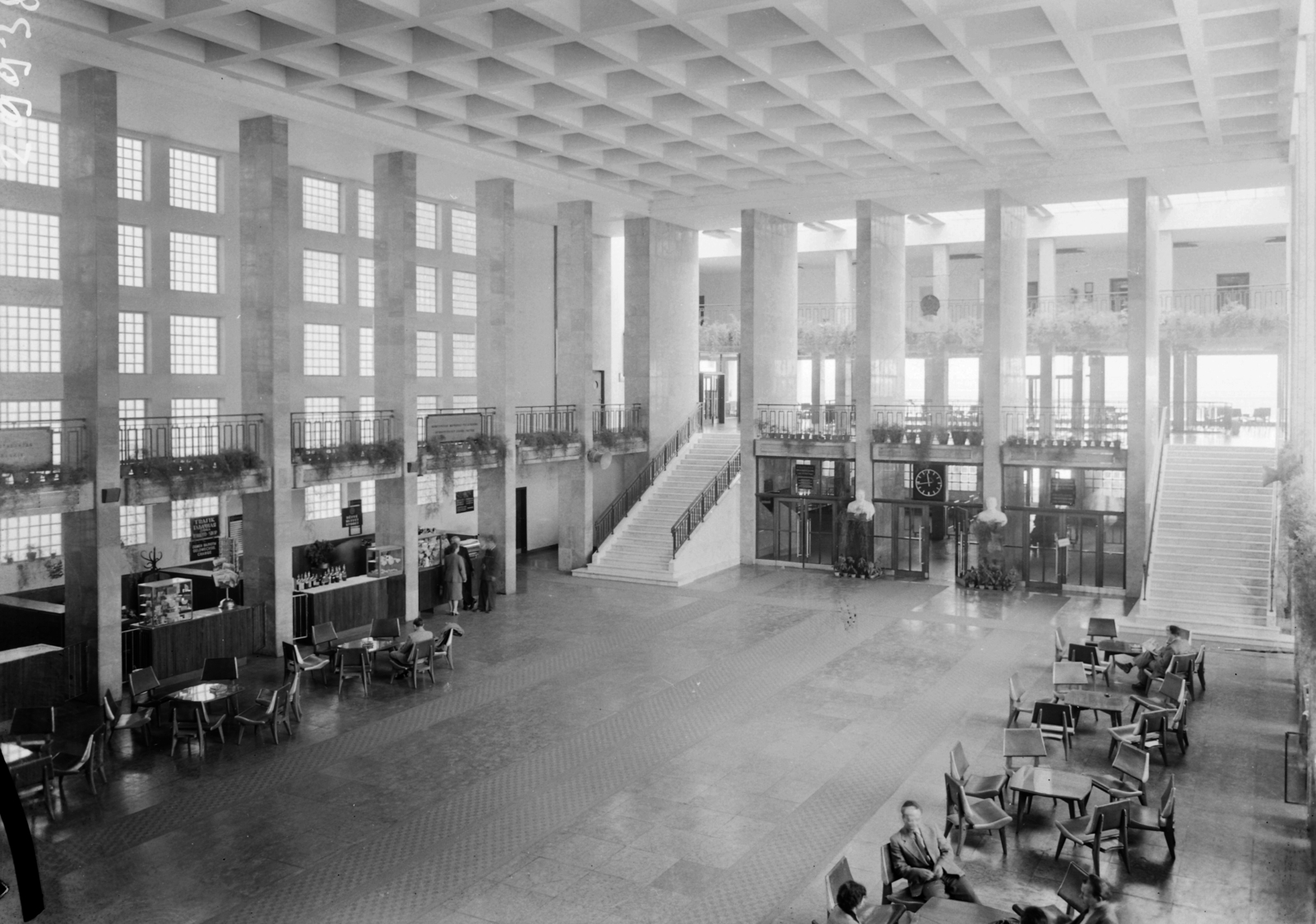 Although the passenger service building developed in the following decades, such as the construction of a new transit waiting area, it was apparent in the 1970s that the building planned in the 1940s and one runway would not be enough to handle the growing traffic, so a decision was made in 1976 on the construction of a new terminal. Although a design competition was announced, no meaningful plan was received. The following surprising story can be read on the official website of the airport about the birth of the new airport building:

“After countless discussions, sketching and analysis of modern European airport buildings, the leading architect of Frankfurt Airport, Günter Asendorf and Gábor Somogyi-Tóth, finally gave a joint answer to this complex question: what should the new terminal be like?"

While the new terminal was under construction, the airport's capacity also increased, with the second runway completed between 1980 and 1983, and by 1985 the new airport building, called Terminal 2, located further away from the old building. Contrary to the practice of the 1980s, construction was a major international investment, involving many Western European companies. The completed, 24,000-square-meter building exceeded the standards of the age: marble cladding, lots of light, art exhibitions in seven locations awaited visitors to Hungary, and said goodbye to those on the road. 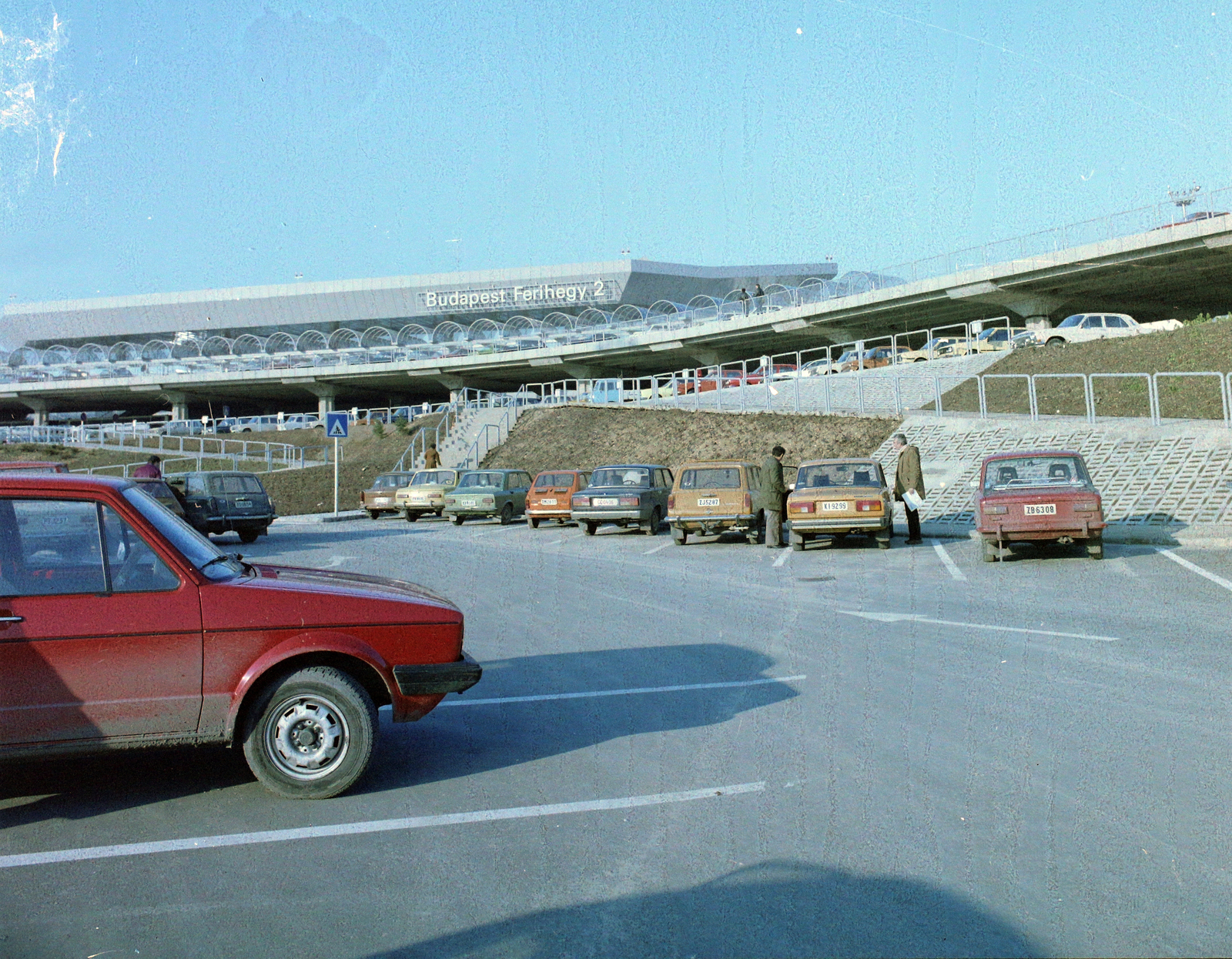 The new terminal has already been built according to modern principles, the triangular building has handled arriving and departing passengers on a separate level, and six passenger bridges have been set up. It was already planned that two more wings would be added to the building, which had been completed by 1985, which proved to be a very forward-looking idea, as the increase in passenger numbers in the 1990s necessitated an expansion as early as the mid-1990s.

The new terminal was designed by the designers so that it could be expanded with two more wings later. The first enlargement had to wait until 1997. The cornerstone of the new terminal was laid 25 years ago, on 11 April, 1997, as reported by Magyar Hírlap:

“The cornerstone of Terminal 2B at Ferihegy Airport is being laid today. The new passenger building will be completed by September next year and, together with the “old two,” will be able to serve a total of 5.5 million passengers annually, compared to the current building’s capacity of two million. Most of the $ 120 million investment will come from a loan with a state guarantee, and the development company will repay the loan over 12 years from the proceeds of the use of the passenger buildings. ”

Terminal 2B has become similar to the previously completed 2A, as is the triangular building, which was handed over on December 7, 1998, and is very similar in design to its predecessor, only slightly larger. Terminal 2B took over foreign airlines from the old Terminal 1, while Terminal 2A served Malév's aircraft.

Since then, in 2011, the Sky Court connecting the two parts of the building was completed, which is a new, modern passenger hall designed according to the principles of the 21st century. 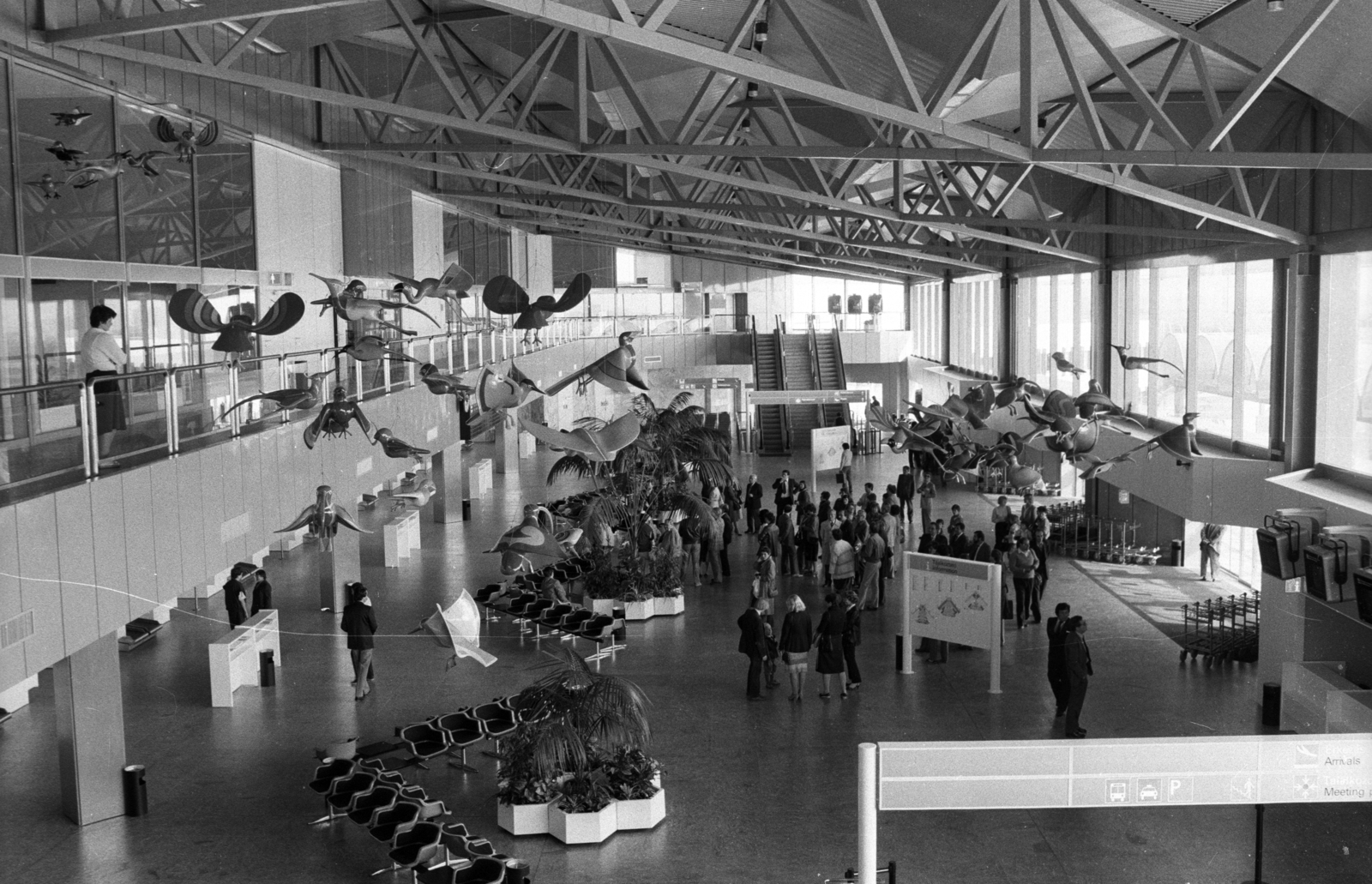 The traffic of the airport increased sharply until 2020, receiving more and more passengers every year, in 2019 the number of passengers at Liszt Ferenc Airport exceeded 16 million. A passenger boarding station for low-cost airlines will also be completed, allowing for simplified boarding for flights within the Schengen area. However, the pandemic broke this steep rise drastically.

However, in the future, in line with the original plans outlined in the 1980s, it will be possible to further expand the terminal with the construction of Terminal 2C.