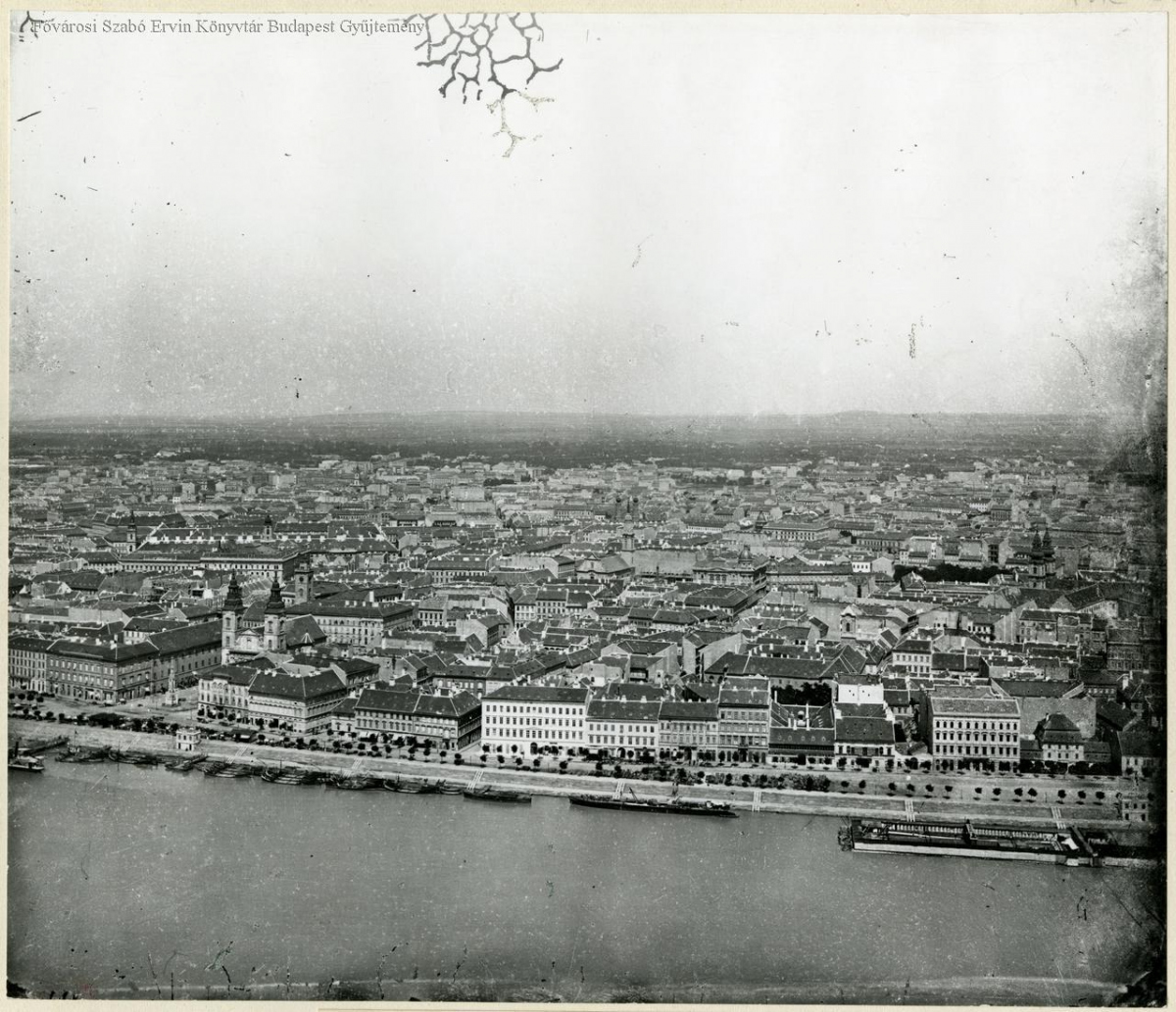 150 years ago, there was no unified Budapest, but there was already a unified plan for the development of the future capital.

The unification of Buda, Pest and Óbuda was planned already in the first half of the 19th century, and for a short time, in 1849, the unified capital was realised, which already had a name, Budapest, which was connected to István Széchenyi. After the Compromise, therefore, almost everything was ready to make a modern new capital for Hungary on the foundations of the old cities.

There has been much debate about what this capital should look like after 1867, when the country regained the opportunity to dispose of its destiny. Can a navigable canal fence Pest? Should there be a bridge in the city centre, or rather under Gellért Hill in the south? Should a boulevard and an avenue be built? Where should the railway bridge go? Where should the freight and central station, the public warehouse or the new winter port be? How should they regulate the Danube to avoid devastating floods? These were the issues that the era had to deal with. 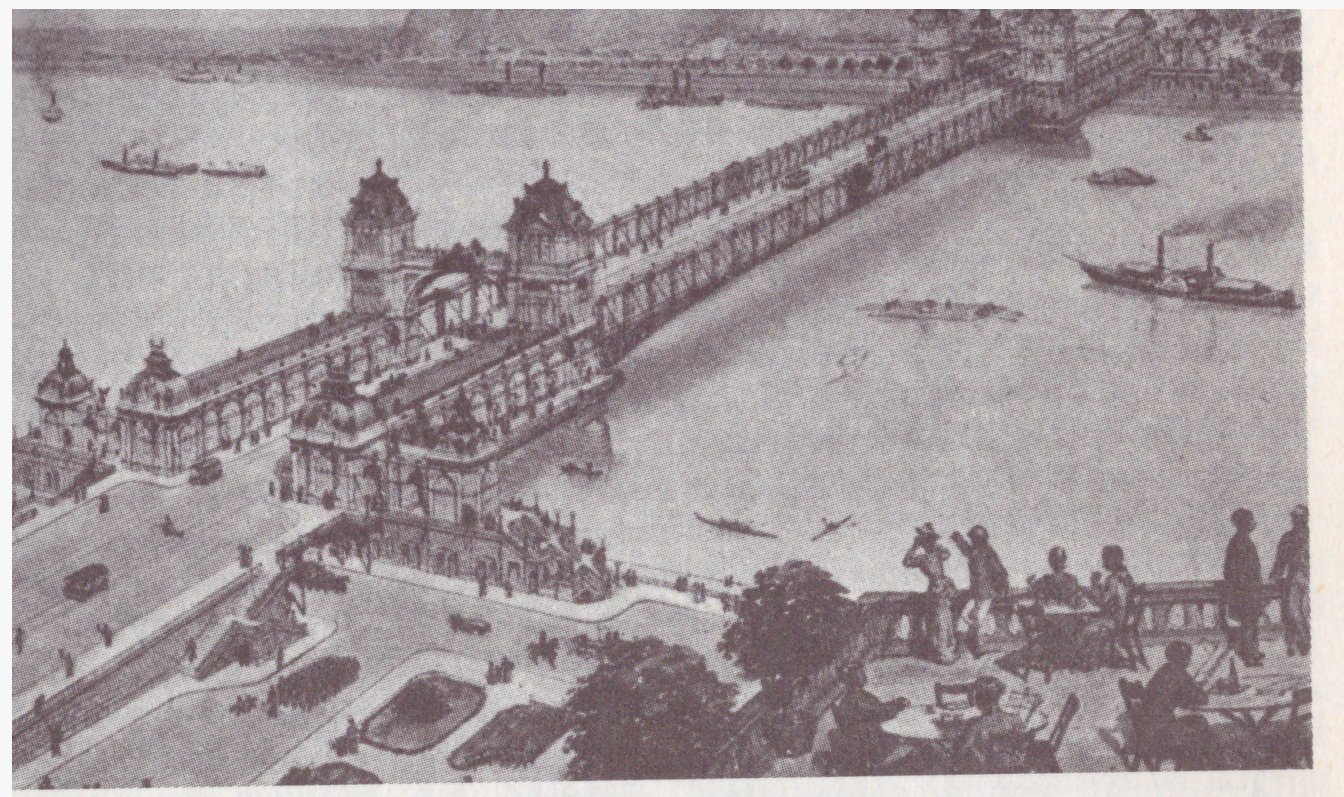 A bridge plan dated to the 1870s, from László Siklóssy's book called How was Budapest built?.

The most important foundations were laid in 1870. A unified body was formed to coordinate the developments in the capital, the Budapest Public Works Council. The money was also available, as in 1870 a loan of 24 million HUF was taken out, which was used specifically to settle the capital.

A tender was issued for the development plans in 1871, as a result of which a unified plan was born, at least in Pest, because the necessary cartographic research for Buda had not yet been completed. The expectations for the settlement plan in Pest were not small, as the 1872 report of the Budapest Public Works Council states: "In establishing this great work, which provides the framework and shape within a century or two within which and according to which the capital will develop."

In the first place, the connection between Kerepesi Road and the Danube bank - because today's Rákóczi Road did not actually continue towards the Danube, i.e., today's Kossuth Lajos Street and Szabadsajtó Road did not exist, there was a network of small streets there. They also wanted to regulate the entire city centre area, with wider streets and airier spaces.

In László Siklóssy's book, How was Budapest built?, he presents a plan for the bridge on Eskü Square, which he defined as the 1870s one.  The planned bridge would have been on Eskü Square, the site of today's Erzsébet Bridge. However, according to the author of this article, the picture may be from later, as horses are missing in front of the vehicles on the rails, while elsewhere, they are there in front of other vehicles. That is, there may be trams running there, which would make the picture more likely to be from around 1890.

The northern part of today's Lipótváros, to today's Szent István Boulevard, was largely unregulated at the time, and was actually on the outskirts of the city, but the regulations took this area seriously, in which the settlement plan for the "New Building" was a big task. This huge building occupied the entire area of today's Szabadság Square, and its demolition was already on the agenda 150 years ago. The report already quoted wrote about the building:

“When it was built, it was Pest's pride due to its greatness and later, for a very long time, it was a kind of guide to the spread of the city; today it is nothing more than a set of stones that no longer meets the needs of increased taste and beauty, and an endless obstacle to the development of the city, as it stands in the middle of Pest.” 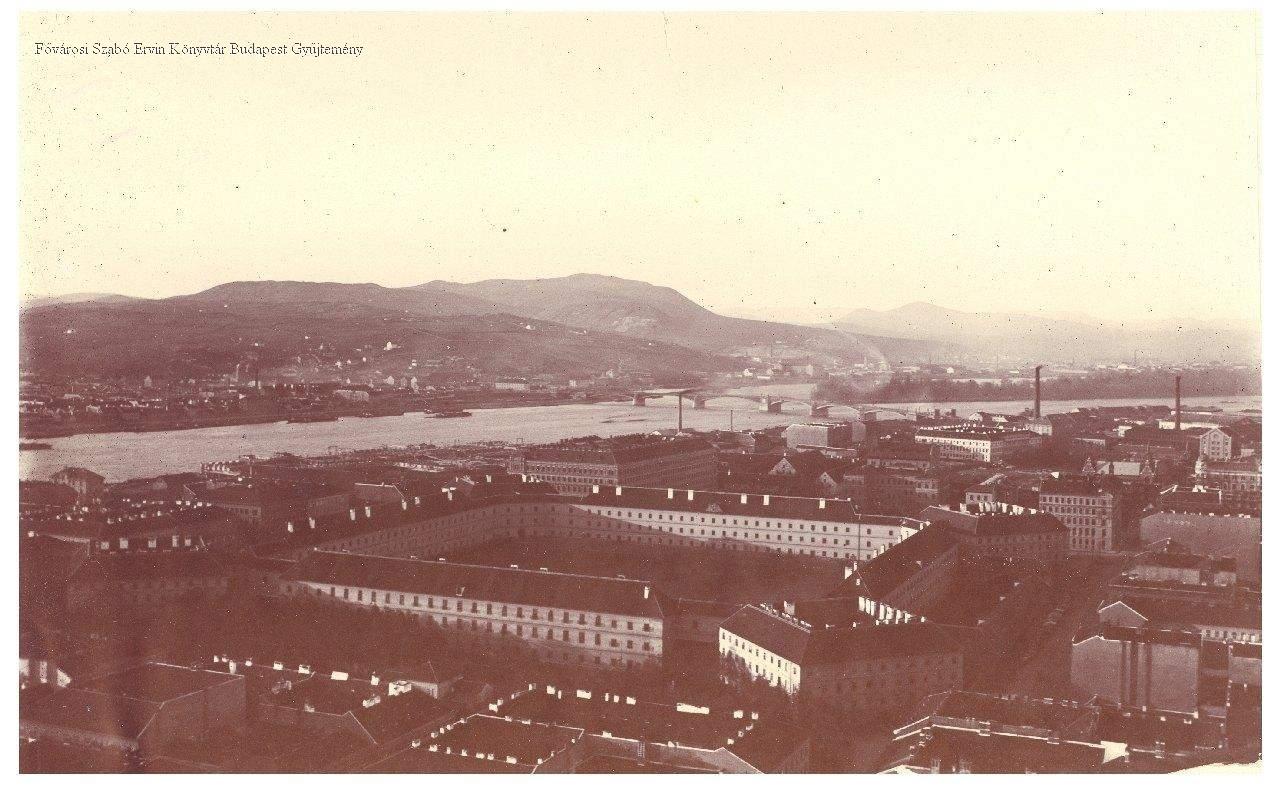 In fact, the townspeople did not know at the time when this area could be obtained from the army, but they were already counting on it.

Ferencváros was also to be organised with the Outer Ring Road, which was then designated as an industrial area: "As Ferencváros is called to be the focal point of the capital's factory, industrial and primary crop trade, it was necessary to provide spacious traffic lines here."

In the regulation of the areas outside the Outer Ring Road, today's Hungária Boulevard has also appeared, as well as another Boulevard between the Outer Ring Road and the Hungária Boulevard. They did not want to open new avenues because “the Public Works Council of the capital is of the opinion that in addition to the already existing Váci, Kerepesi, Kőbányai, Üllői and Soroksári main roads, the production of several primary radial roads could not be justified. Even the construction of secondary and tertiary roads included in the regulatory plan was established solely for the purpose of access to the lands in question and local transport". 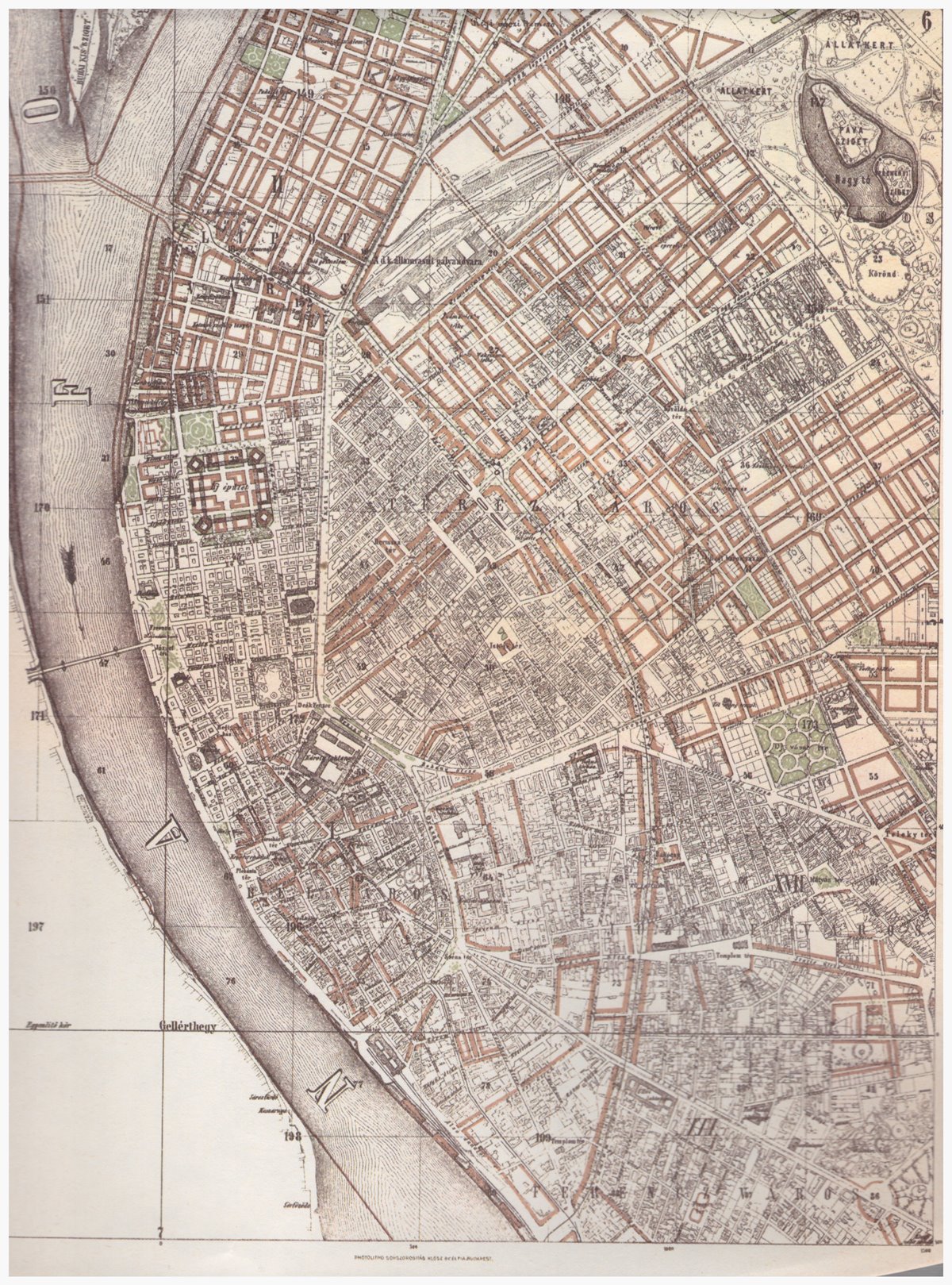 The settlement plan of 1872 (Source: László Siklóssy: How was Budapest built?)

They already included Kőbánya in the plans(which actually became part of Budapest, its 10th District at the time of the city unification), and the plan specifically covers this part of the city, which was intended as an industrial area and a pig farming centre. The plan also dealt separately with the public warehouses, the horse race track, the new cemetery, and the City Park, but it was noted that the plan to settle this area would not be born until 1873.

The city development plan was also presented to Franz Joseph in April 1872, who was pleased with what he had seen.